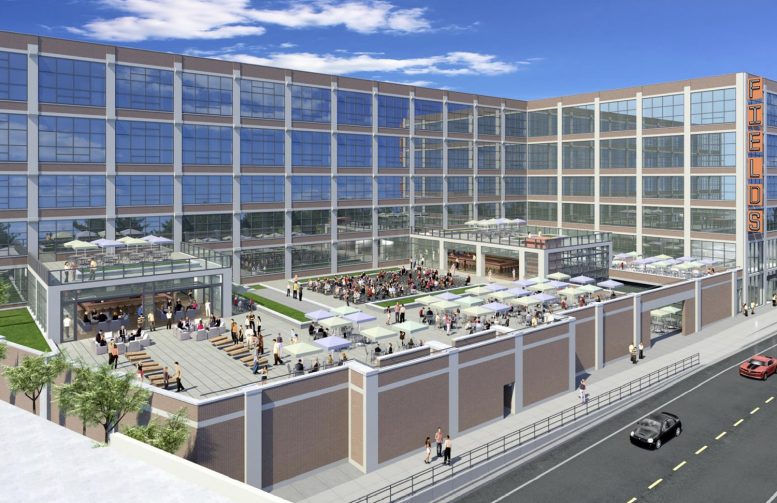 The Chicago Plan Commission has approved amendments to The Fields Development located at 4000 W Diversey Avenue in Belmont Gardens. Mainly the site of the historic Marshall Fields Warehouse, the development is part of a multi-building complex. The overall site is bound by W George Street to the north, N Pulaski Road to the east, W Diversey Avenue to the south, and rail lines to the west. Knickpoint Ventures is the developer behind the project. 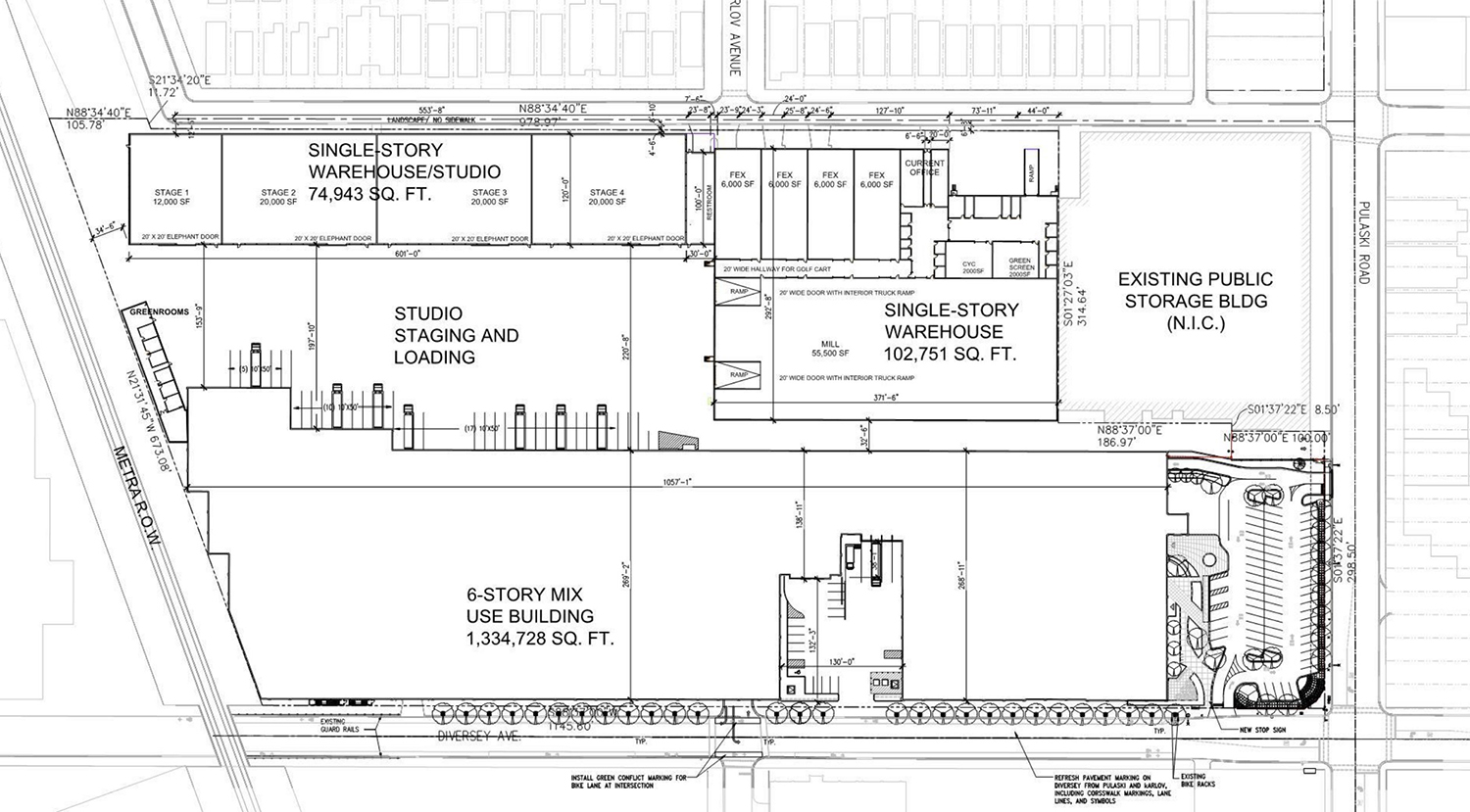 Designed by Hirsch MPG, the plan includes multiple additions and new construction. On the existing Marshall Fields warehouse, two new rooftop decks will be installed. The first deck will be located on top of a one-story podium portion of the warehouse building, at its southwestern corner. The deck will include the construction of new storefront retail spaces. A staircase down to the sidewalk is enclosed in a manner that matches the existing conditions of the wall. 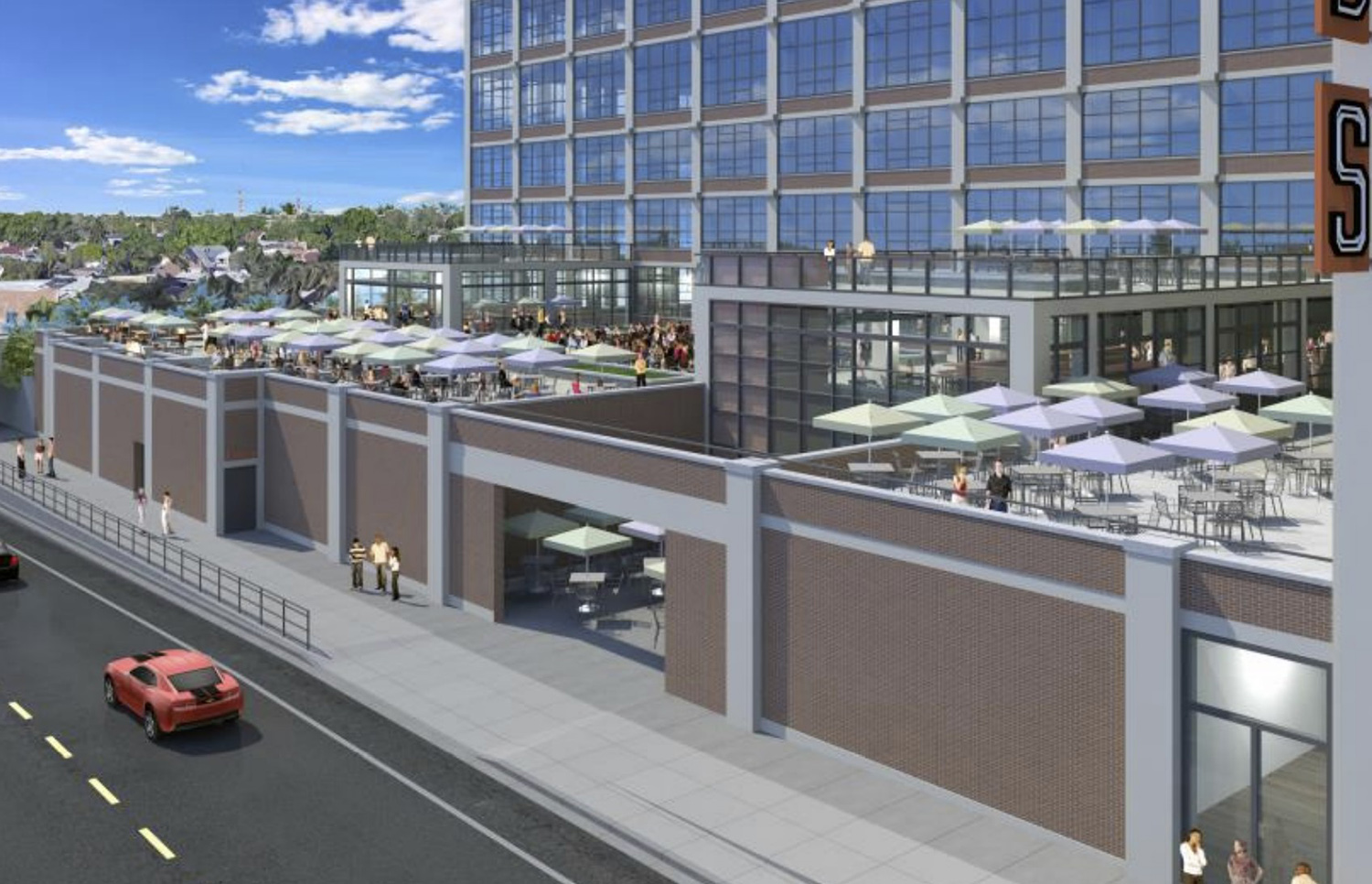 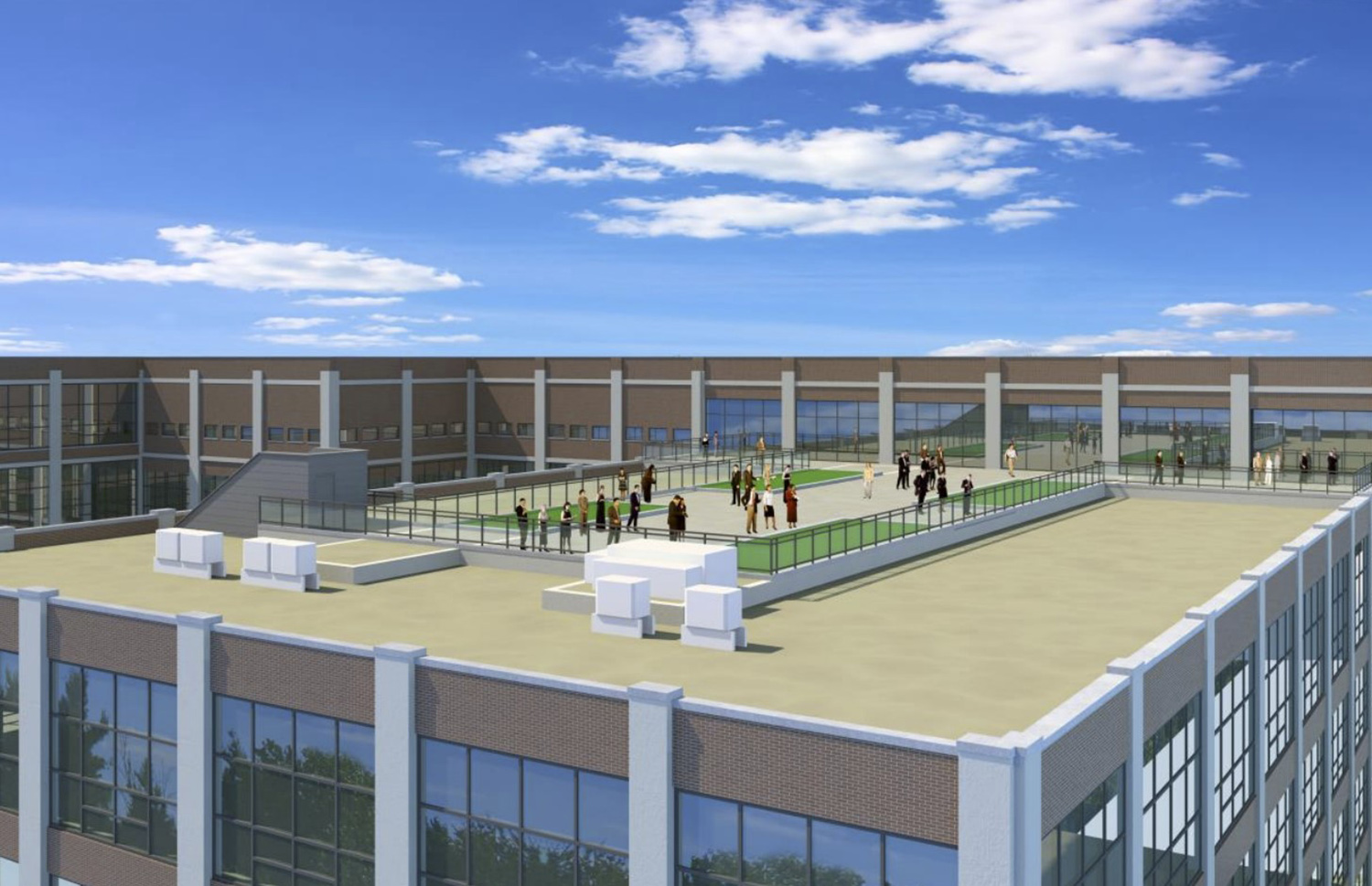 Along the northern edge of the site, the updated plans call for the replacement of an existing industrial building. Addressed as 4141 W George Street, the new structure will accommodate space for sound stages for a planned film studio use. Rising 50 feet, the building will minimize its impact on the neighboring area by setting back the top section of the structure and introducing artwork or murals onto the façade.

The site will retain some industrial usage, with a center circulation court for trucks. Trucks will access the site and center court via N Pulaski Road. An existing access point to W George Street will be removed. The landscape along W George Street will also be enhanced in tandem with the new construction.

The $42.9 million project additionally received zoning and Chicago City Council approval, paving the way for the development to move forward. A timeline for the construction has not been announced.