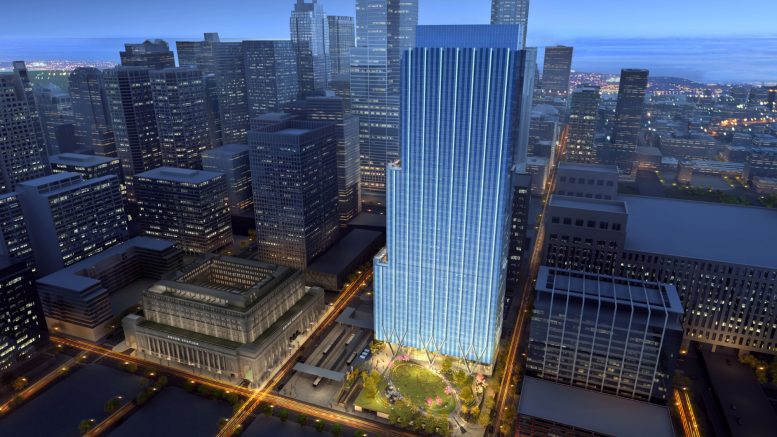 Structural work has reached the second setback for 320 S Canal Street, aka BMO Tower, a 50-story office skyscraper located in West Loop Gate. Planned by Riverside Investment & Development and Convexity Properties, the 727-foot-tall tower will establish a prominent new peak in downtown’s southwest corner. The development will support 1.5 million square feet of Class A office space, along with features such as floor-to-ceiling windows, finished ceiling heights reaching up to 12 feet, and private terraces on select floors. 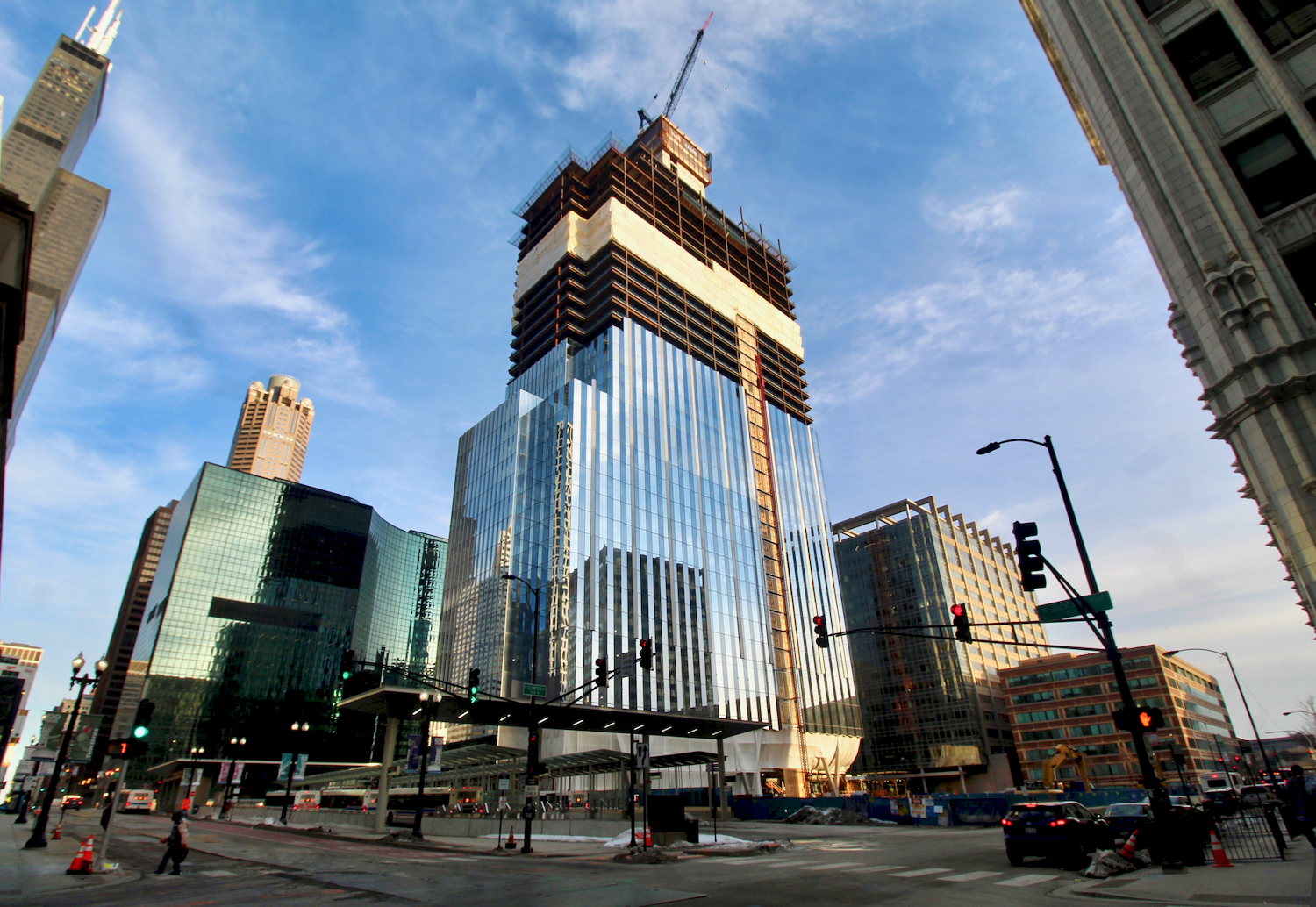 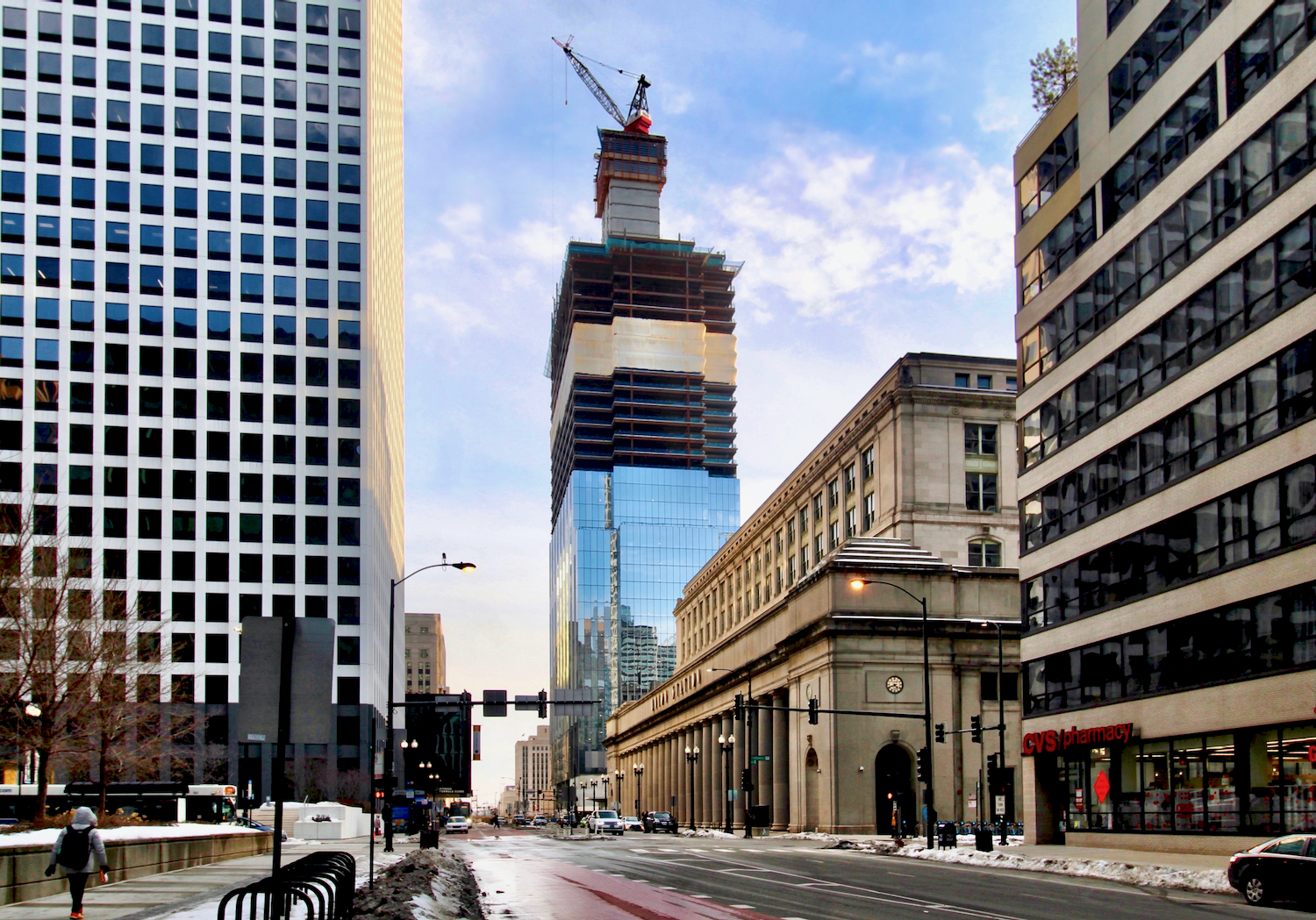 Tenant amenities meanwhile will include a state-of-the-art fitness center, full-service dining options, and a conference center rivaling those of high-profile hotels. The southern end of the property will also provide a 1.5-acre public park designed by Wolff Landscape Architecture, with walkways, alcoves, open grass space, and a wide variety of flora. 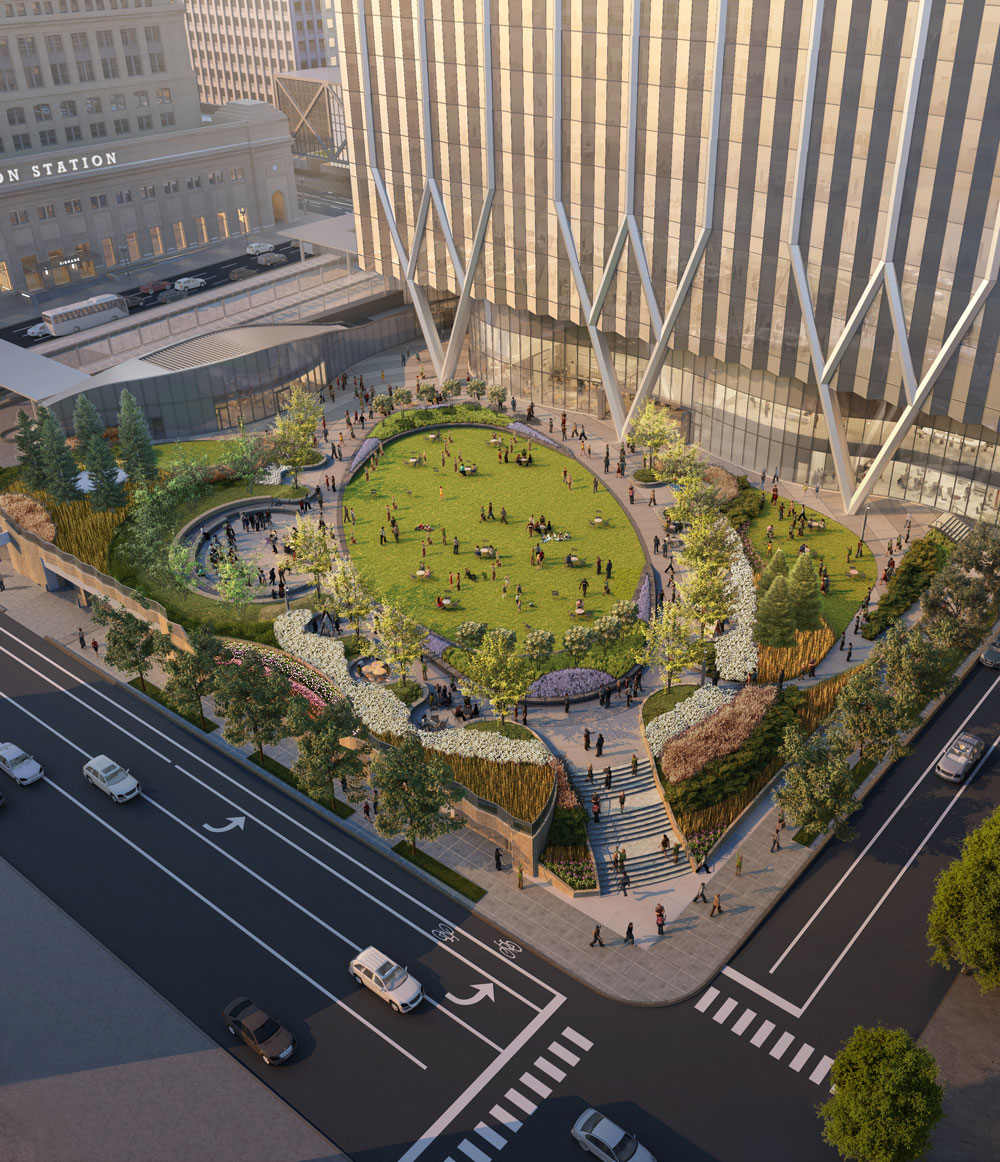 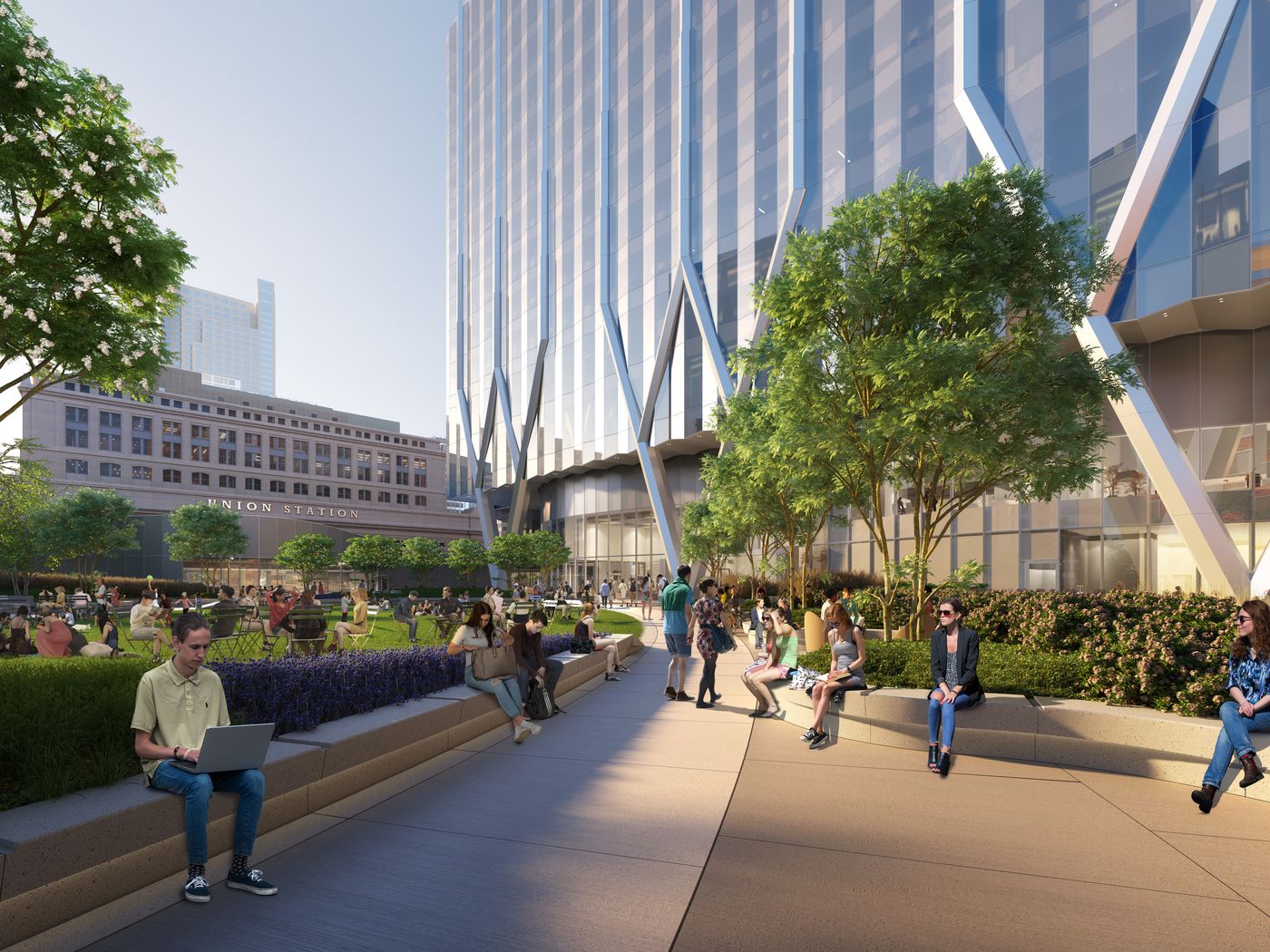 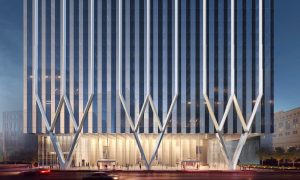 Goettsch Partners is the project architect, and has created a massing that will feature two terraced setbacks dividing the building into thirds as it tapers upward. Meanwhile, at the base of the tower are a total of six truss-like structural elements encased by stainless steel cladding. This cladding continues upward as a series of vertical columns. Alongside these columns is roughly half a million square feet of glass panels that angle to create a corrugated appearance. 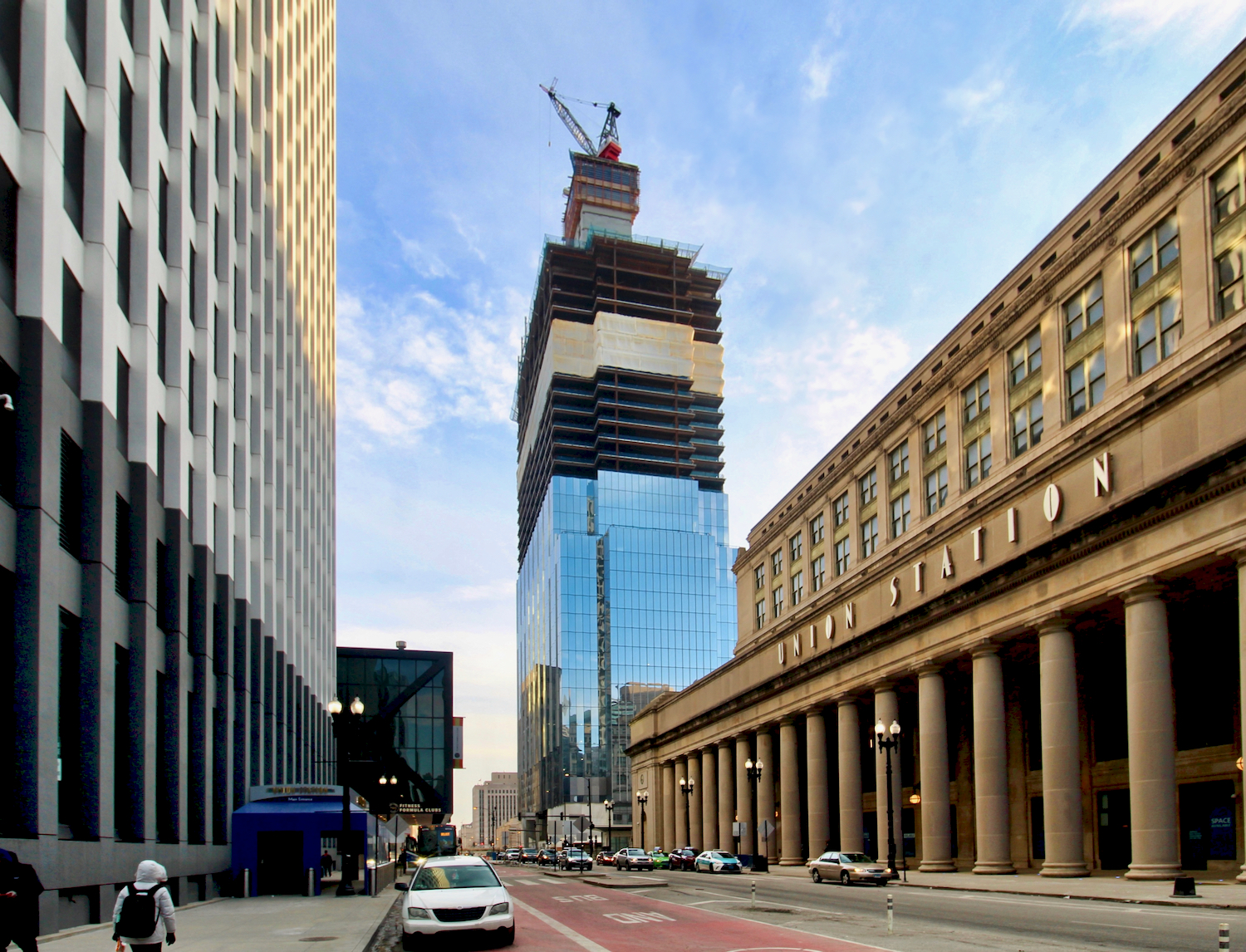 The project touts a wide range of transportation and navigation options, including a walking score of 100. Tenants will find an underground pedway that connects the building to the transportation hub of Union Station located one block north. Additionally, parking will include 400 spaces located in a two-level underground garage. Bus access includes Routes 1, 7, 28, 37, 60, 121, 124, 125, 126, 151, 156, 157, 192, and 755 all within one block of the site. CTA service can also be found for the Blue Line, located one block south at Clinton station. All other lines, meanwhile, are located at various stations within a 15-minute walk east to The Loop. 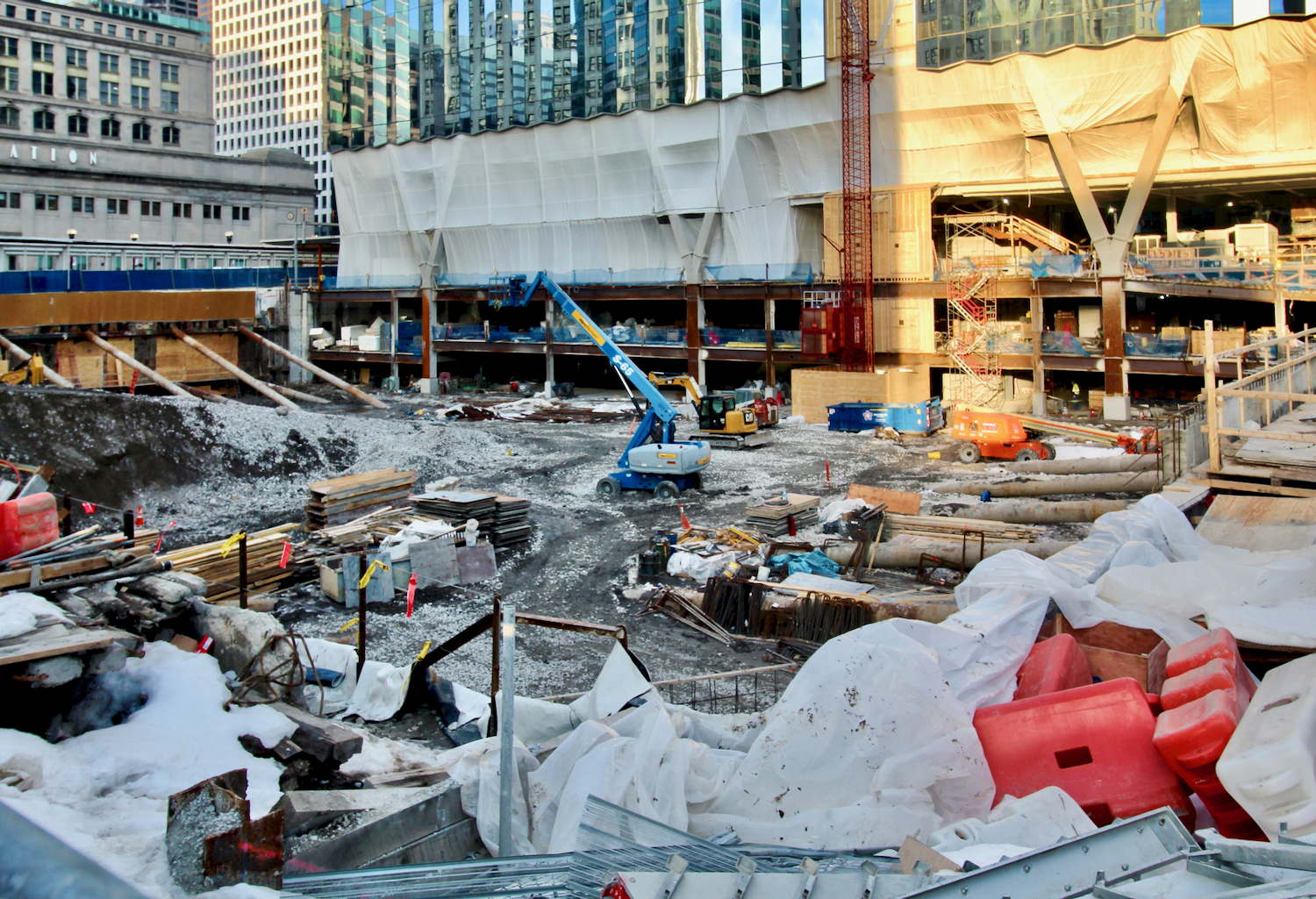 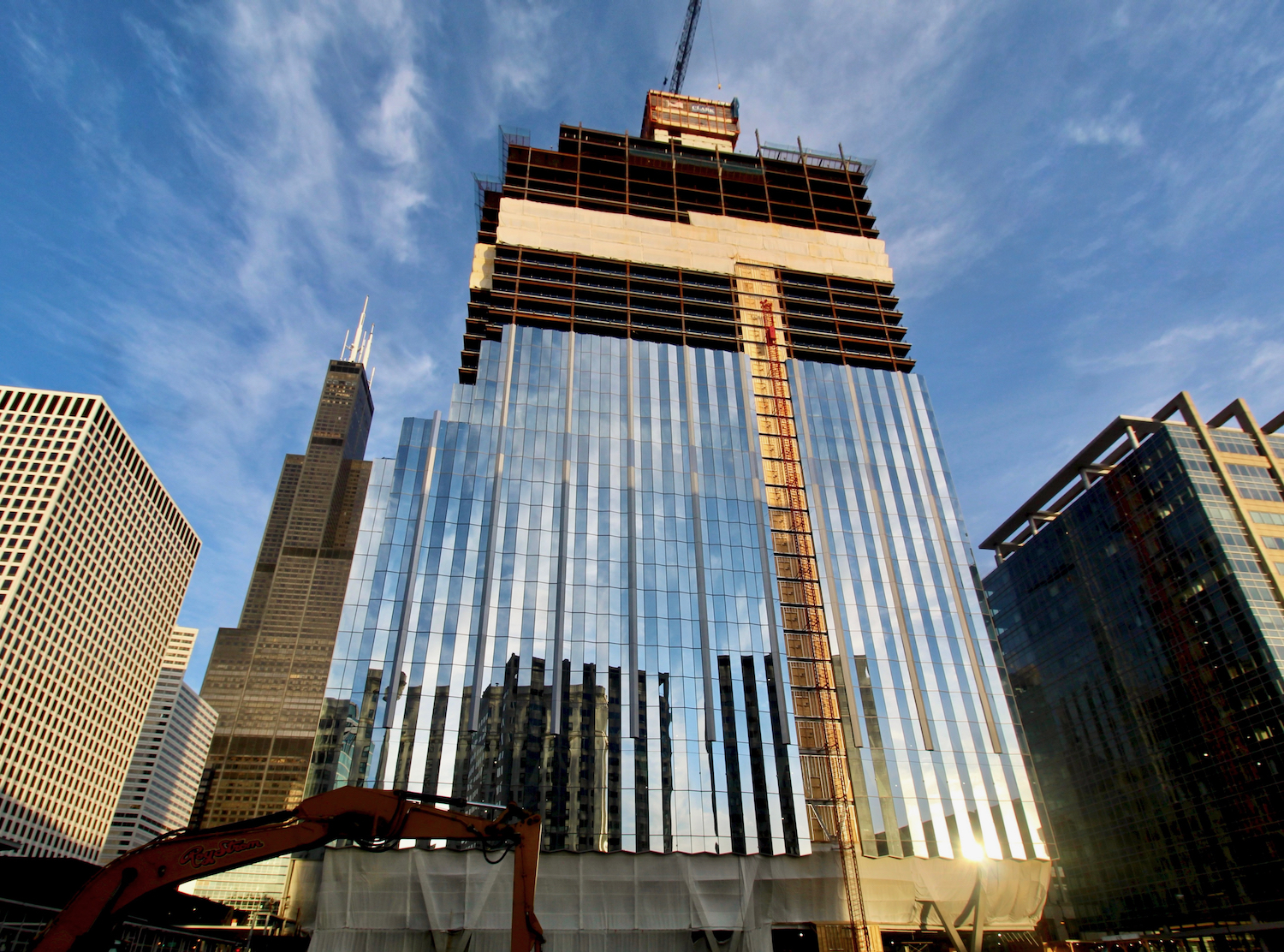 Clark Construction is the general contractor behind the $900 million behemoth, whose topping out is approaching quickly and completion date is anticipated for January 2022.