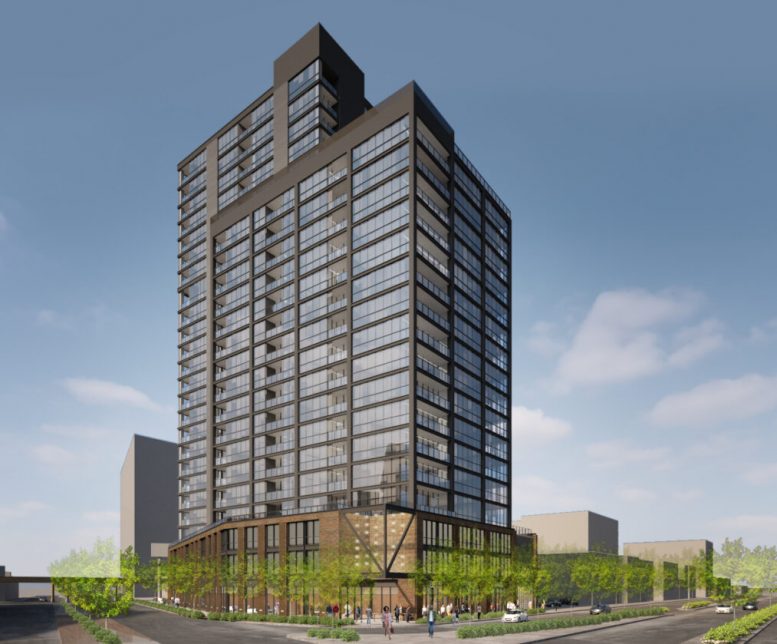 Construction is progressing rapidly for a 26-story mixed-use building at 1400 W Randolph Street. Planned by Marquette Companies, the West Loop tower is located at the intersection of Randolph & Ogden, and will provide both ground-floor retail and 278 apartment units. Resident amenities include a pool, a fitness center, a dog park, and various outdoor deck spaces. 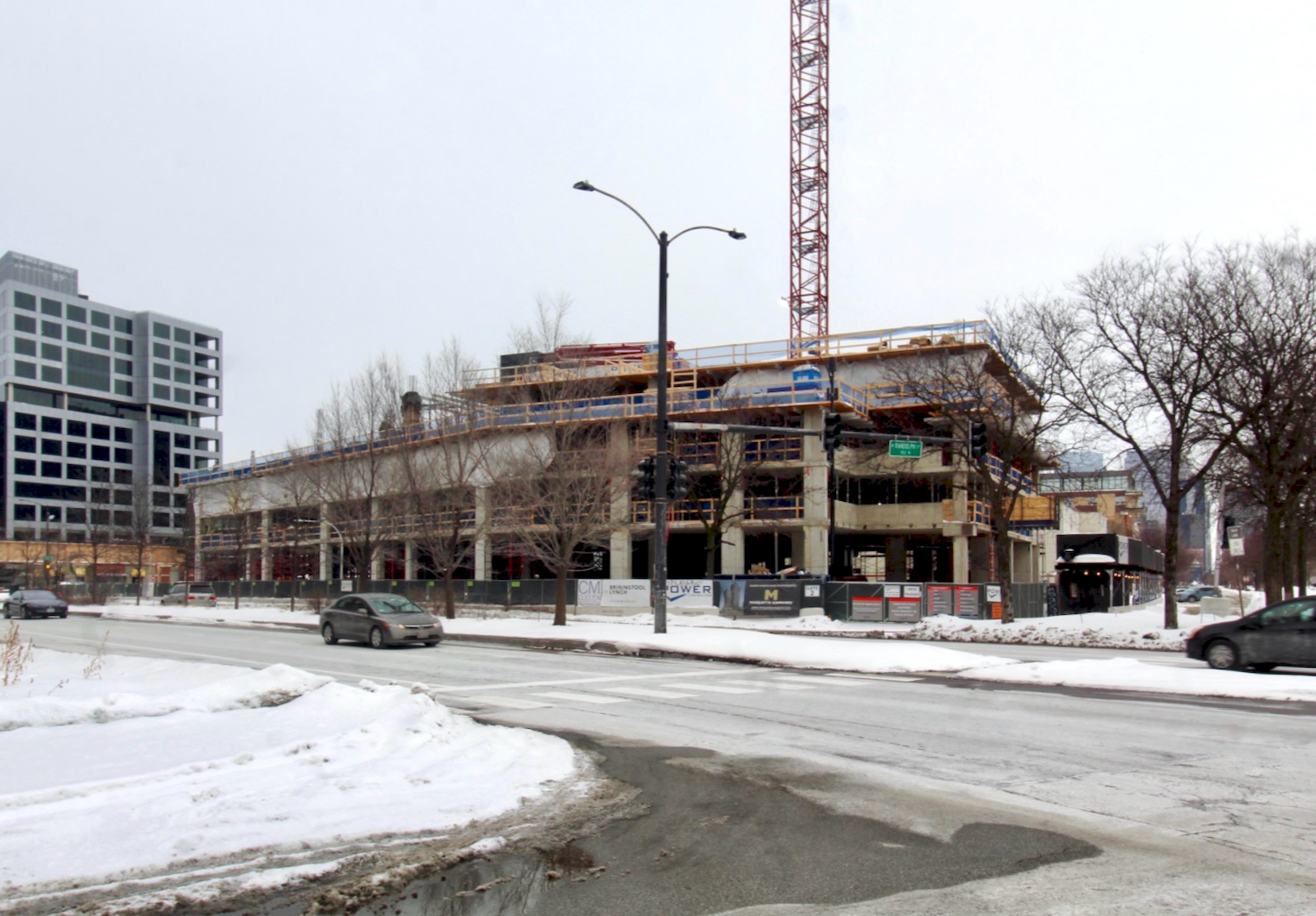 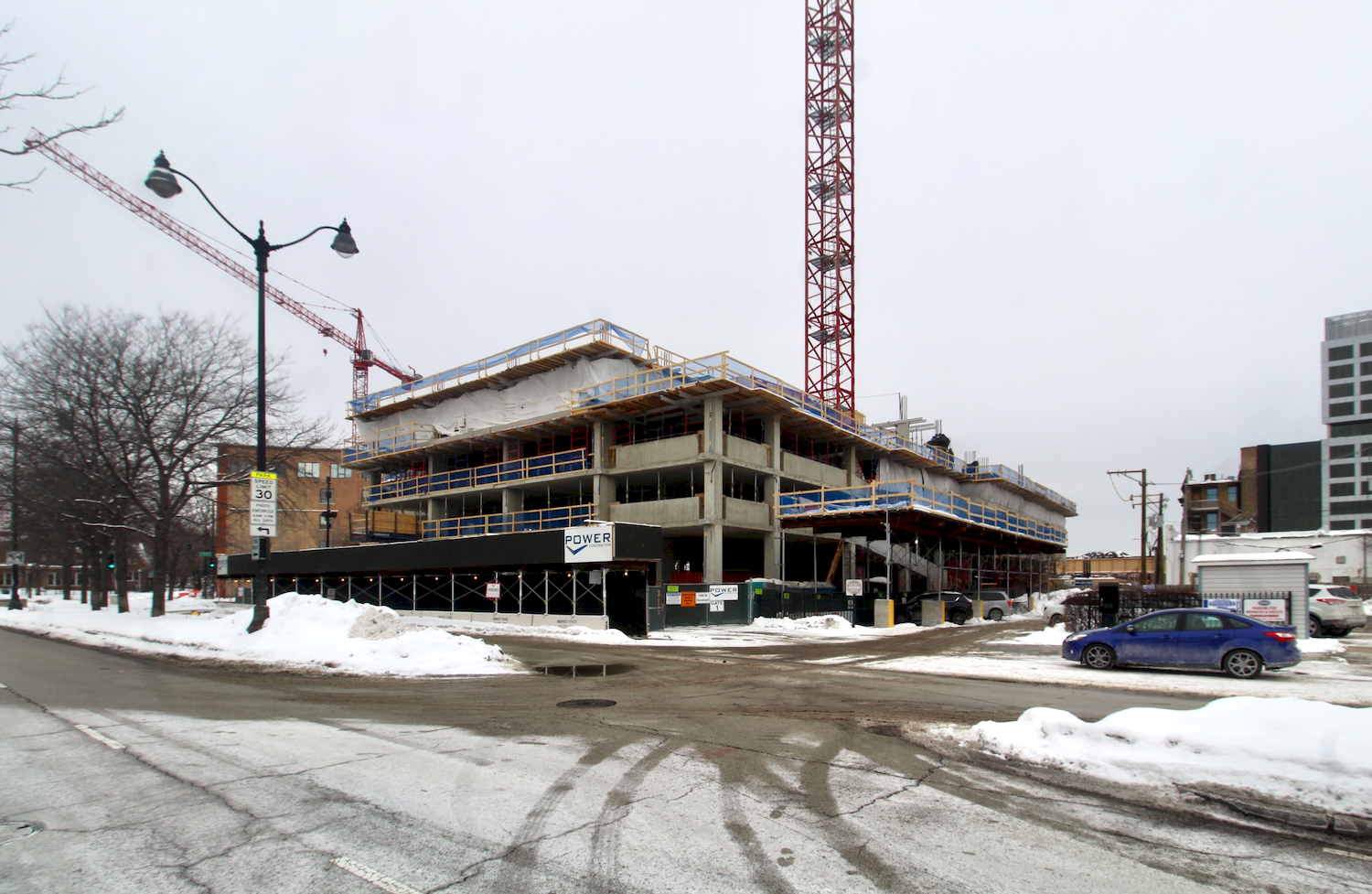 Brininstool + Lynch is the architect, whose design for the 274-foot-tall structure features a “two-tower” merged massing that’s enveloped by a mix of dark metal, floor-to ceiling glass windows, and inset balconies. The three-floor podium meanwhile will include a lighter-toned brick facade to complement the above tower. 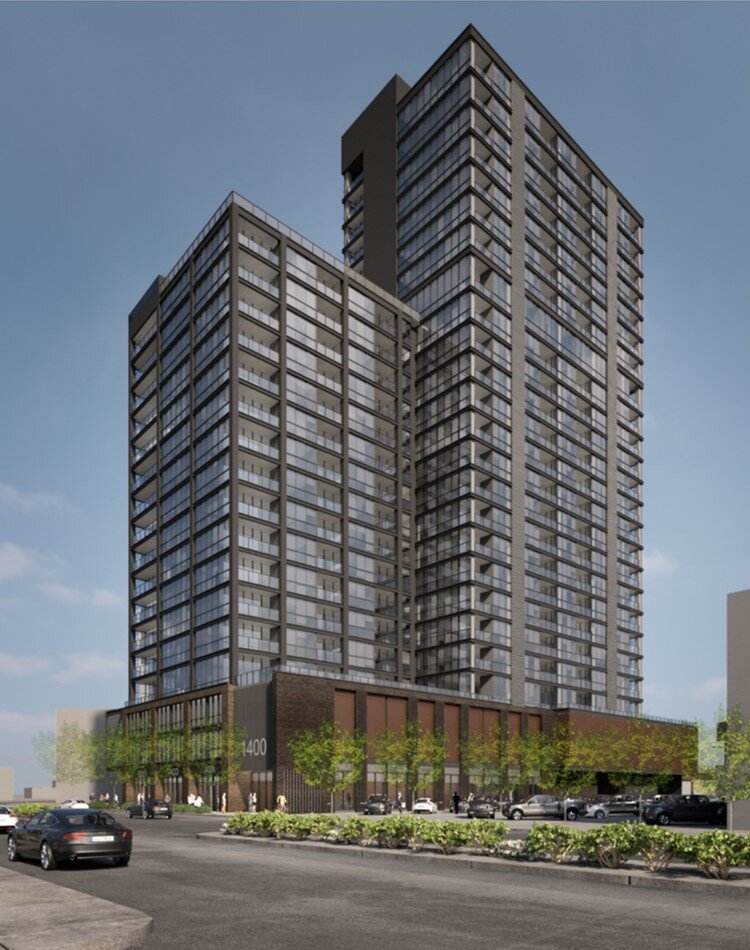 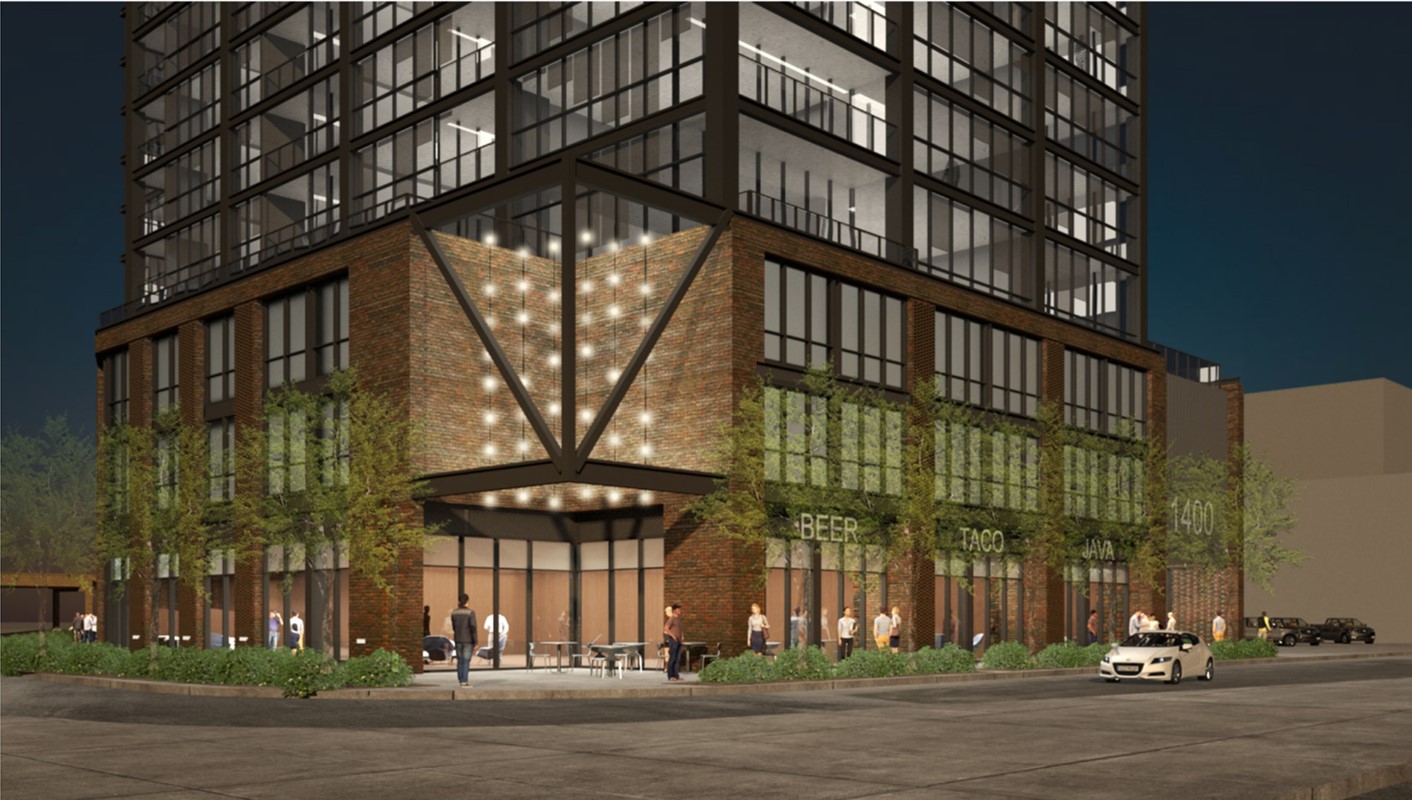 Closest CTA L access lies within a five-minute walk west to Ashland station, with service for the Green and Pink Lines. 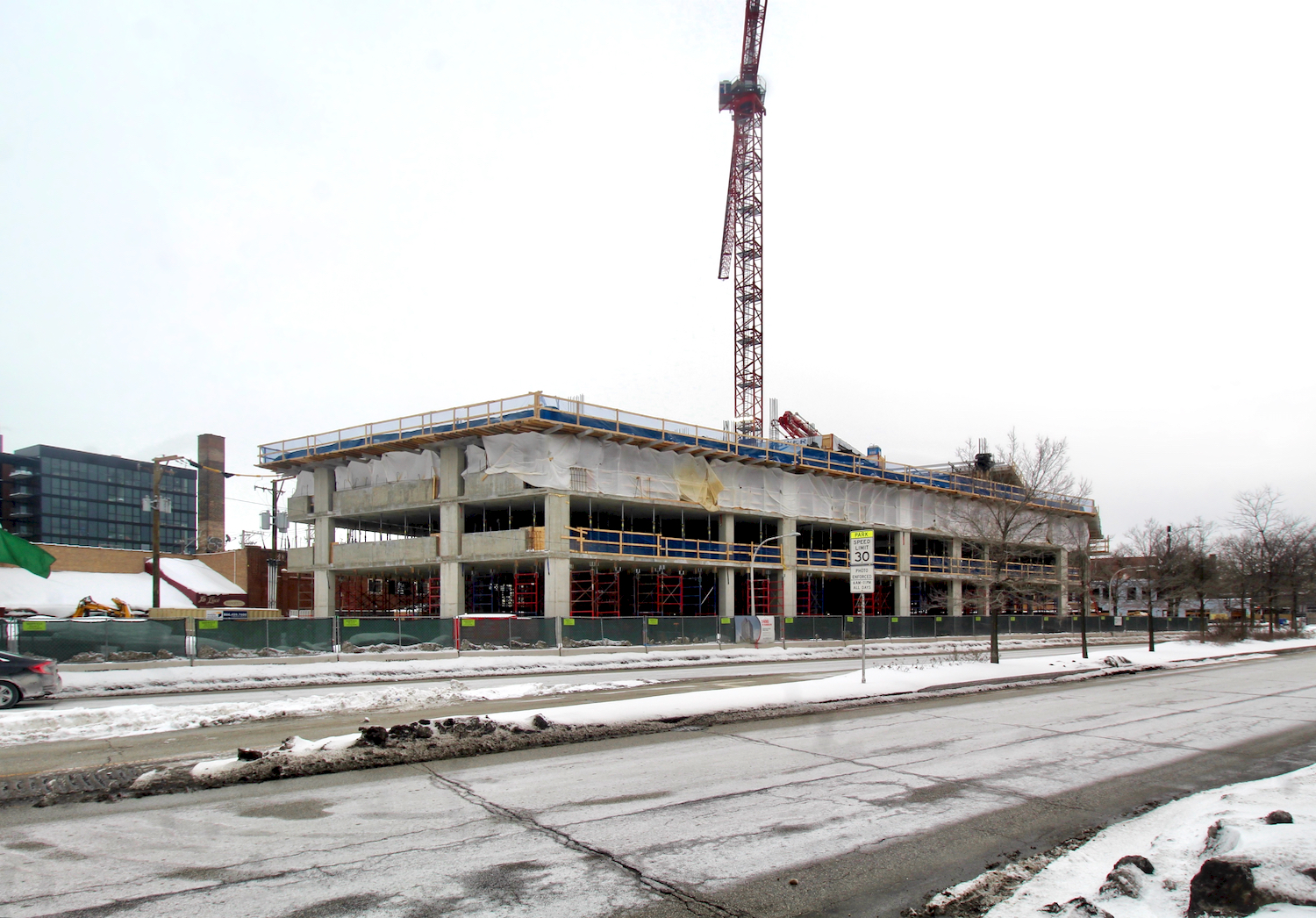 As far as points of interest, future residents will find the 13.5-acre Union Park just several paces west, with a theater, a playground, and multiple courts and fields. To the east, a wide selection of retail and dining lines the Randolph Street corridor, with direct access to The Loop. 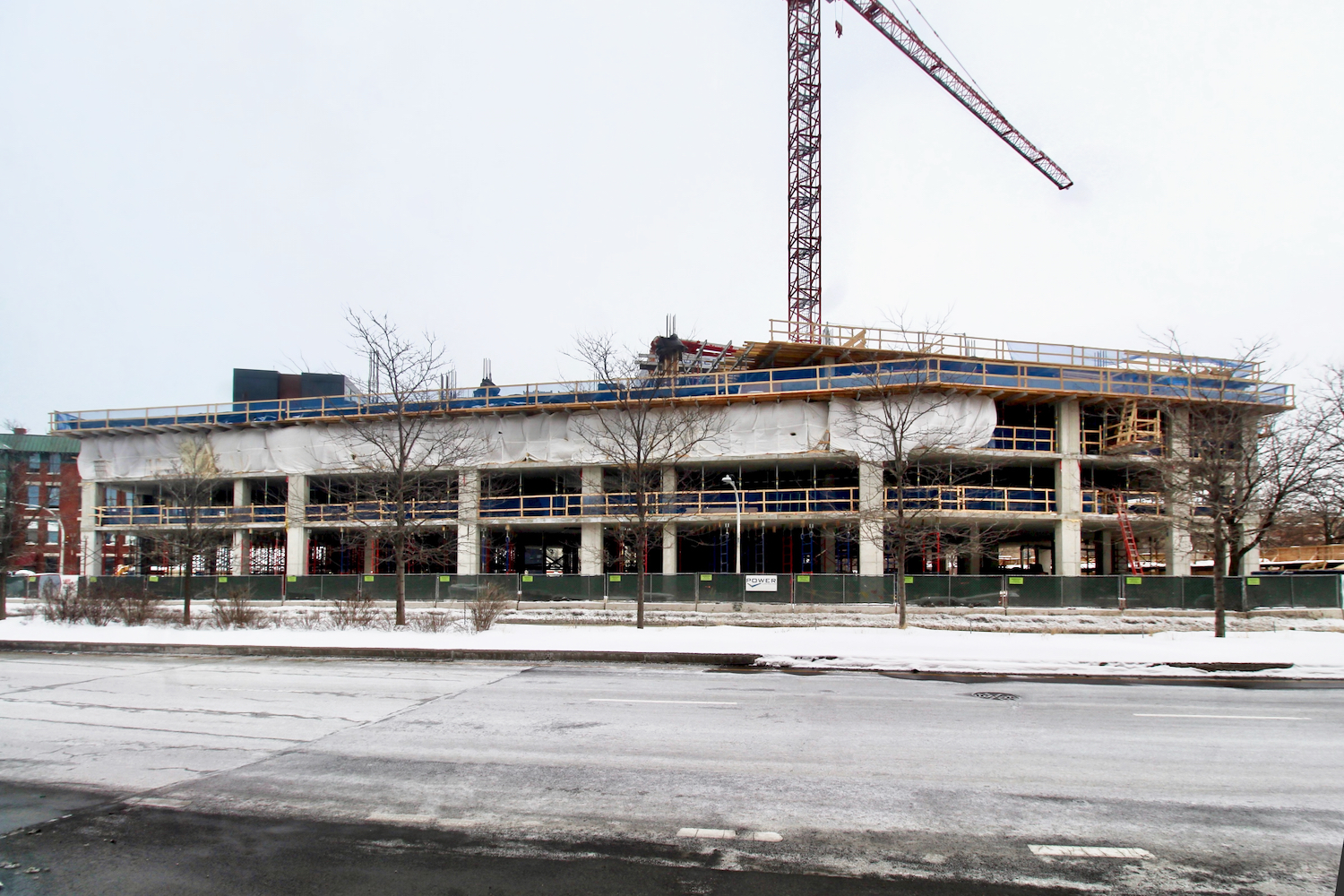 1400 W Randolph Street is one of two projects planned by Marquette Companies around the Randolph & Ogden intersection, the other being an 11-story mixed-use building at 1454 W Randolph Street. Combined, these two buildings will bring over 500 residential units to the neighborhood, while yielding over 100 affordable units with some located off-site. A September 2020 article by Block Club Chicago also noted that the developer will contribute an additional $2.6 million to the neighborhood opportunity fund. 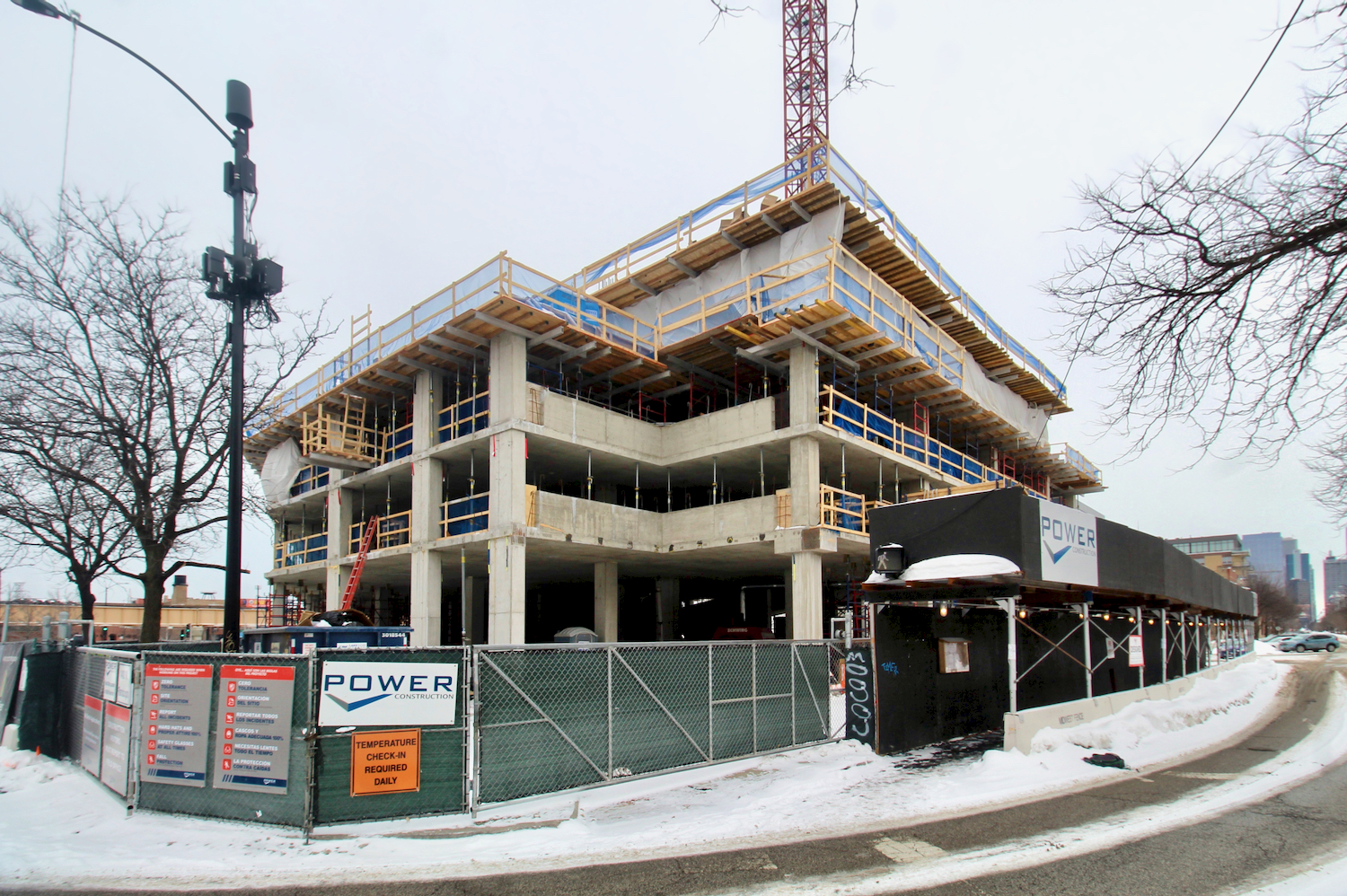 Since YIMBY’s last December update, construction has made considerable progress. The foundation is complete and structural work is now at the fourth floor. Power Construction Company is serving as the general contractor, with an expected completion date of 2022.