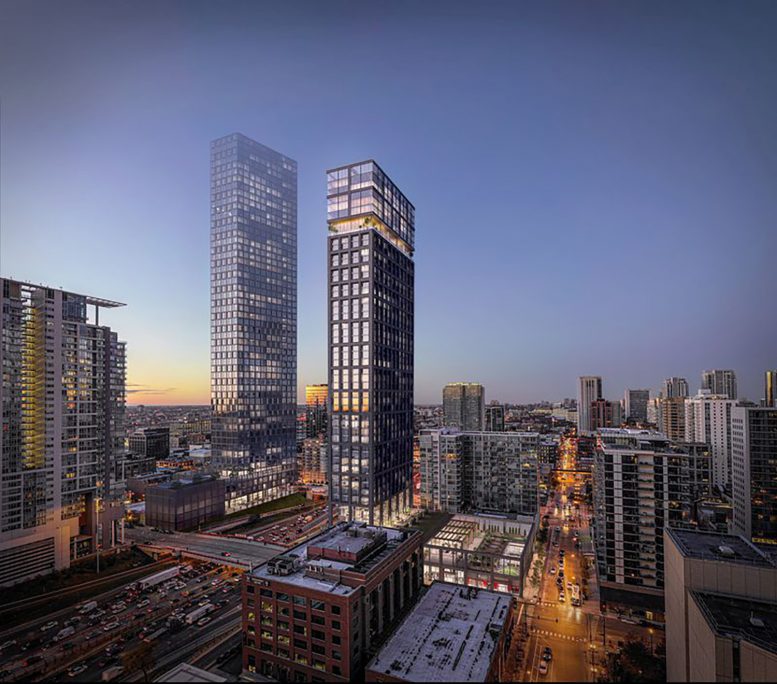 Renderings have been revealed for a proposed 47-story tower, located at 640 W Washington Boulevard in West Loop Gate. The site is located along W Washington Boulevard, bound by the Kennedy Expressway to the west, W Court Place to the north, and N Des Plaines Street to the east. The new development will replace an existing surface parking lot. 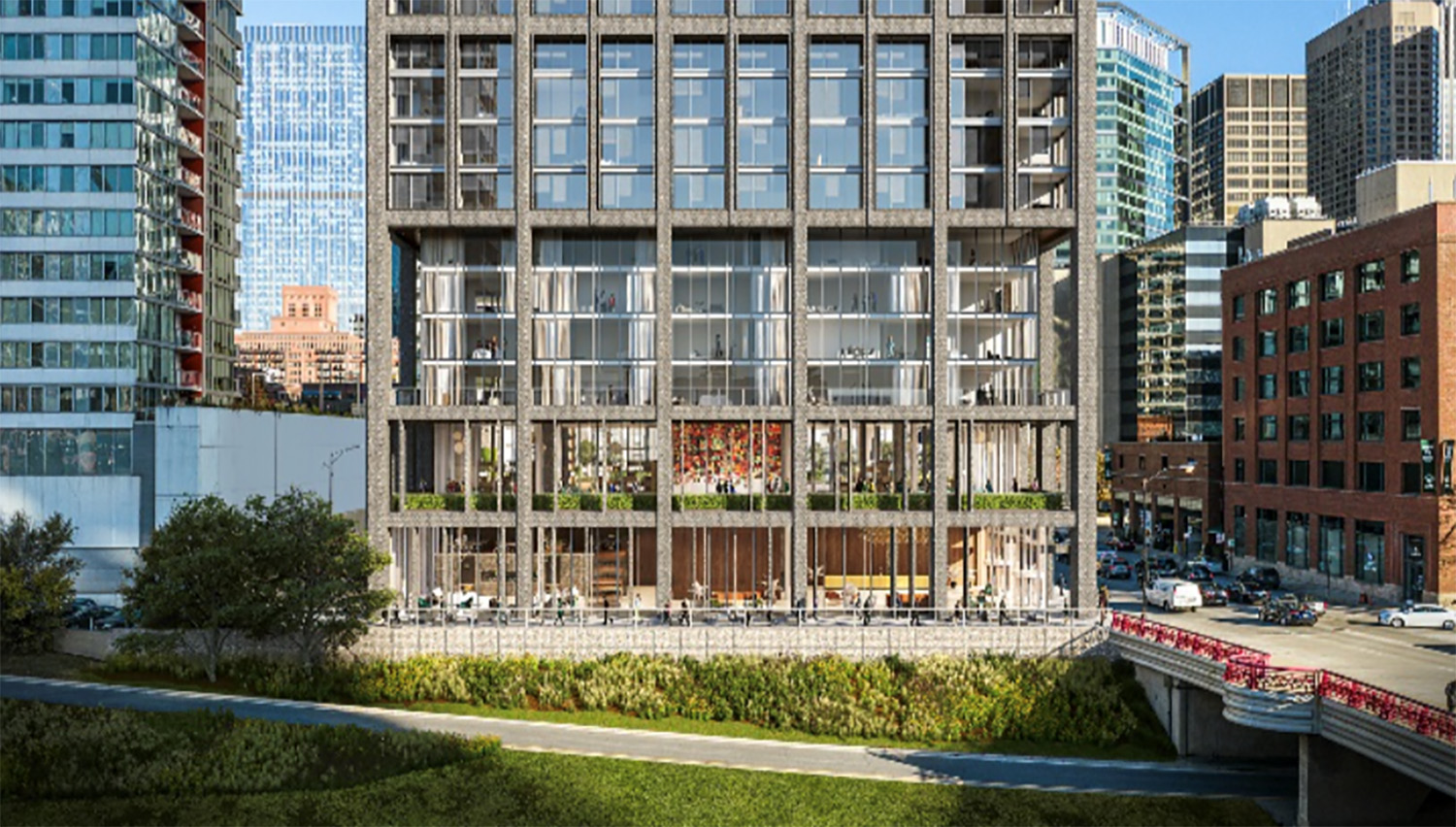 Developed by Crescent Heights, the new mixed-use development will feature a slender tower placed on the west side of the site, and a tiered building base featuring active amenity spaces and a landscaped green roof.

Designed by Hartshorne Plunkard Architecture, the structure will include up to 413 dwelling units, 137 enclosed parking spaces, and approximately 8,000 square feet of retail space at the ground floor. The building will feature tiered indoor and outdoor amenity spaces at the base of the tower, including a landscaped green roof on top of the third floor. The massing and height of the building base fits in with existing building base heights of nearby buildings. 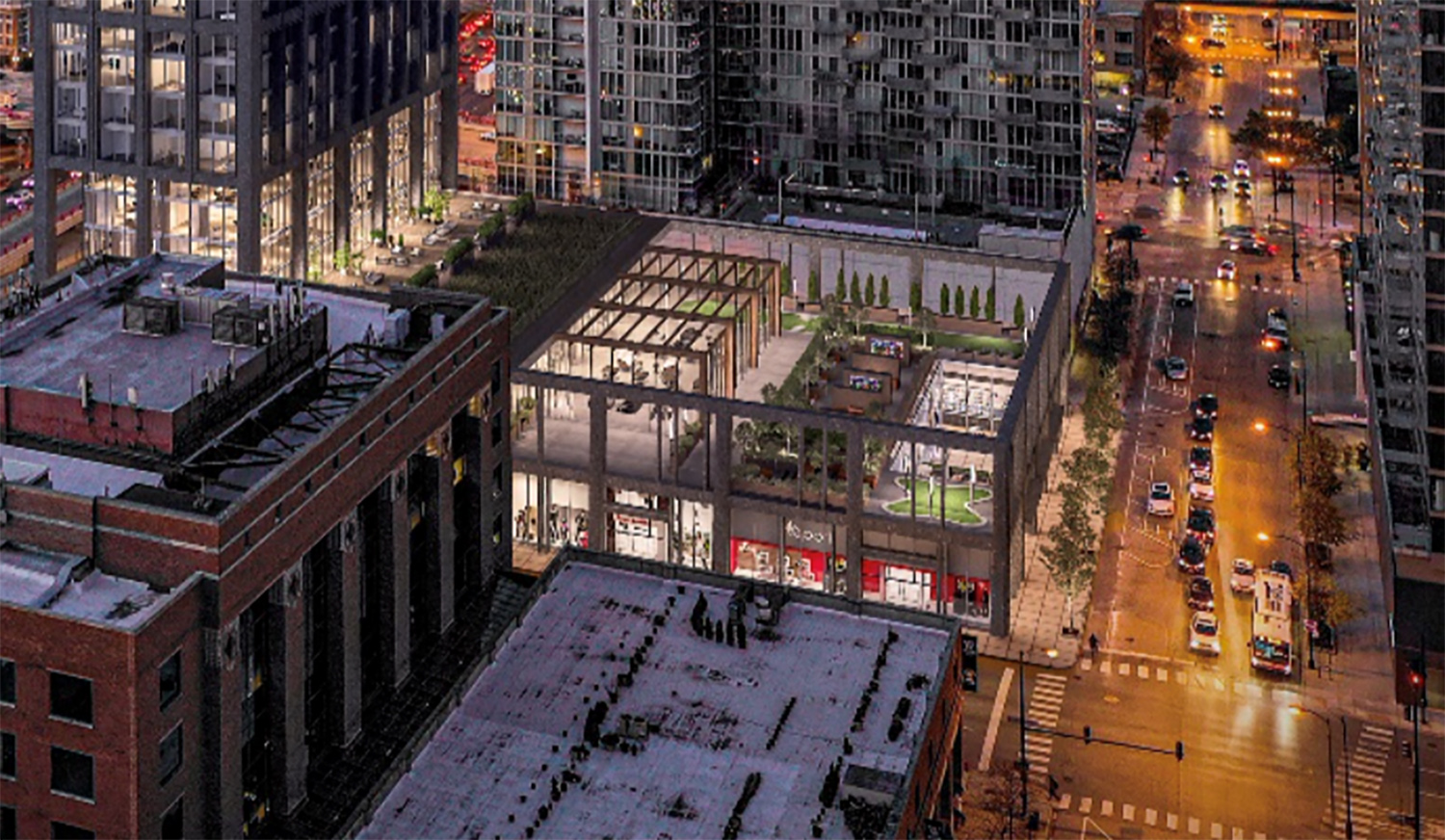 The project has been designed to eliminate the existing curb cut on N Des Plaines Street, to preserve the pedestrian nature of the street and the existing bike lane. Situating the slender tower to the far western side of the site minimizes the impact on views from existing buildings. The proposal includes an internal auto-court to pull pick-up/drop-off activity off of the adjacent streets. The parking garage entrance, serving only residents, would also be accessed from the auto-court. The proposal also includes a new public sidewalk along W Court Place and would create a new pedestrian path along the west side of the building from W Washington Boulevard to W Court Place.

The Clinton CTA L station, serviced by the Green and Pink Lines, is within a seven-minute walk from the site. The 20, 56, and J14 CTA bus routes, accessed at the Washington and Jefferson stop, can be reached within a two-minute walk. Ogilvie Transportation Center is a four-minute walk away from the site. 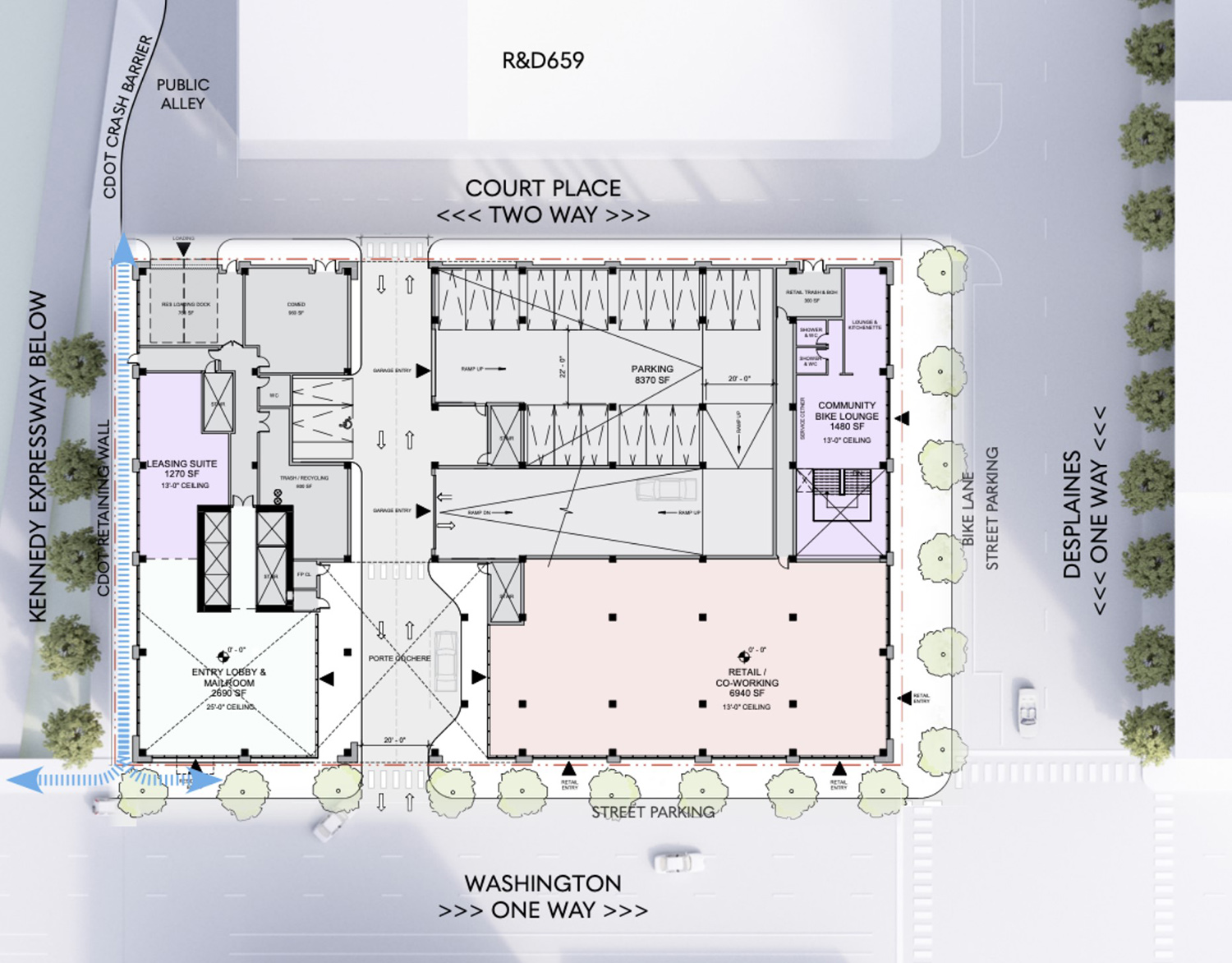 The site is currently located in the DX-7 district. To achieve the project, Crescent Heights proposes to use bonus floor area ratio (FAR) to achieve a total FAR of 11.5. Approval of bonus FAR will require review and approval of the project as a Planned Development. The proposal will also be required to gain zoning approval. No official timeline for the development has been announced.