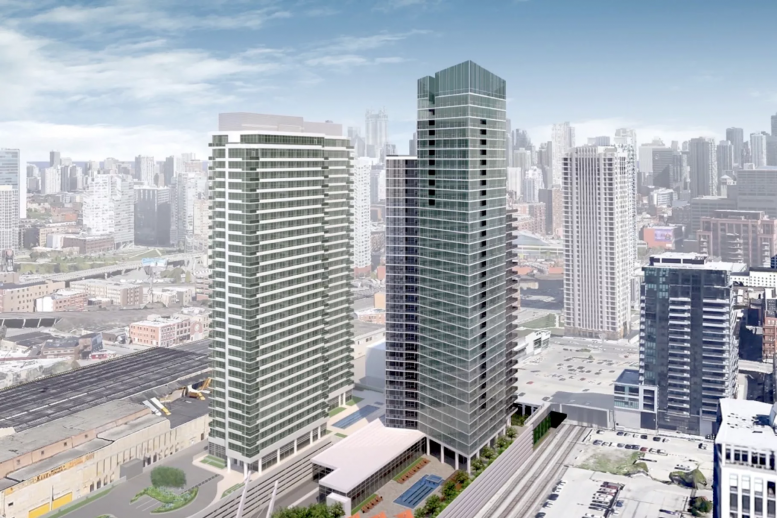 Work has yet to commence for 354 N Union Avenue, a 32-story residential building located in Fulton River District. Ranking at number 23 in YIMBY’s end-of-year countdown of tallest new developments, the building is poised to stand 410 feet high at its pinnacle. 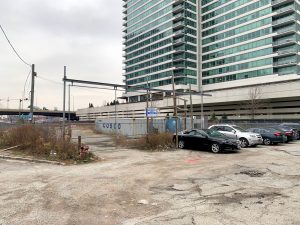 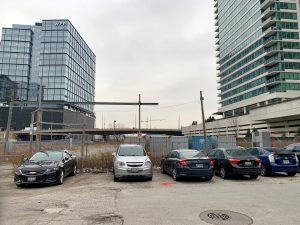 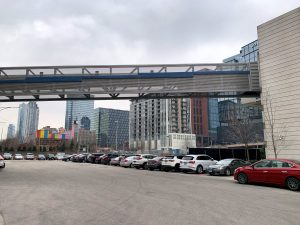 Developed by Onni Group, the tower had a partial construction permit issued this past March. The permit indicated a total of 373 units, with 143 parking spaces occupying the tower’s base. The Real Deal reported in 2018 that the Vancouver-based development group purchased the property from Cardiff Mason Development for $17.5 million. The approved plans for the unit count were also included with the purchase. 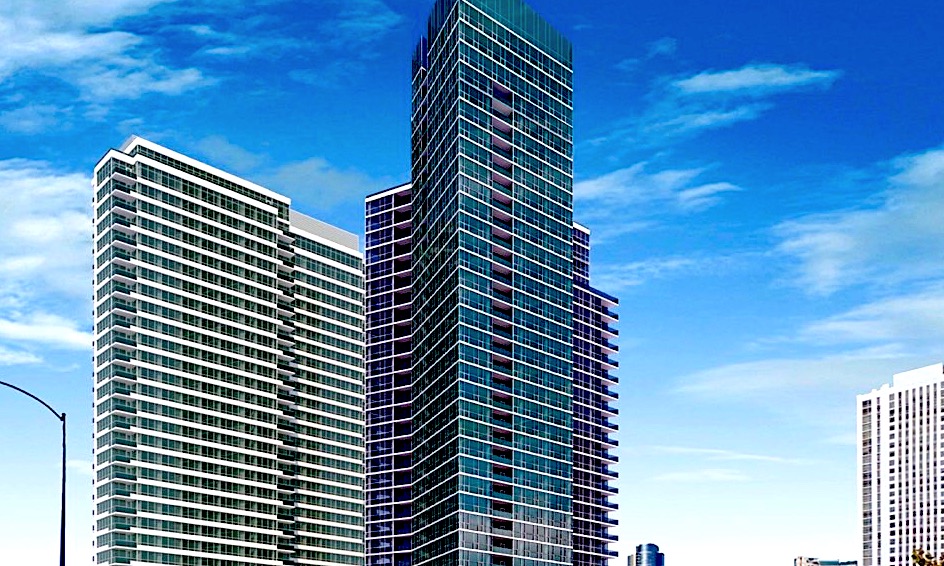 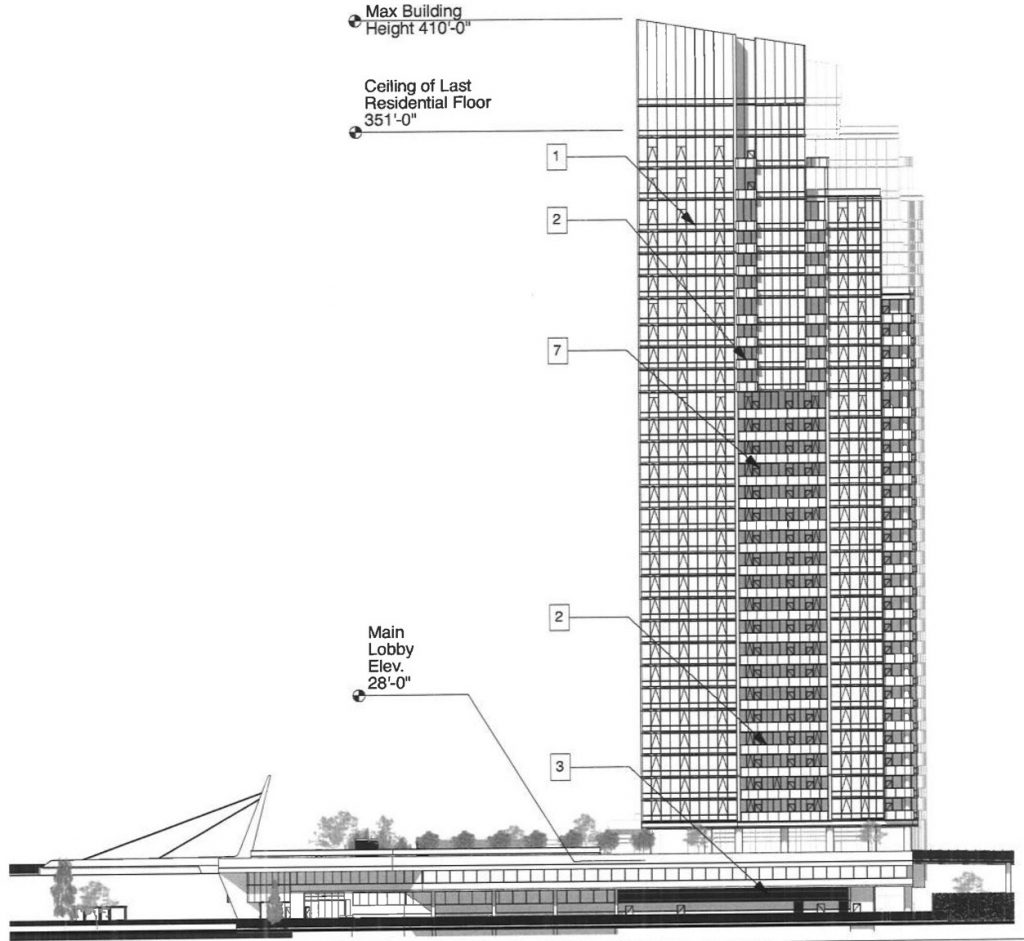 Pappageorge Haymes is the project architect, whose design includes a dual-tone glass curtain wall and an angled parapet. The exterior also includes glass and aluminum balconies. The base of the tower will include a connecting bridge to the adjacent Jewel-Osco. Renderings also show a rear pool area, though the full list of planned amenities has not been revealed.

Residents wishing to board the CTA L can find the nearest Blue Line availability via Grand station, an eight-minute walk northwest. Meanwhile, access to the Green and Pink Lines are available via Clinton station, a 10-minute walk southeast. 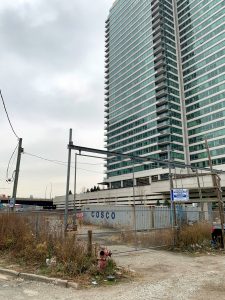 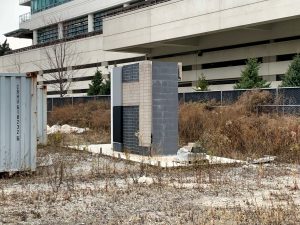 Onni Contracting, a sub-branch of the developer, is listed as the general contractor. A definite timeline and construction start date have not yet been listed.