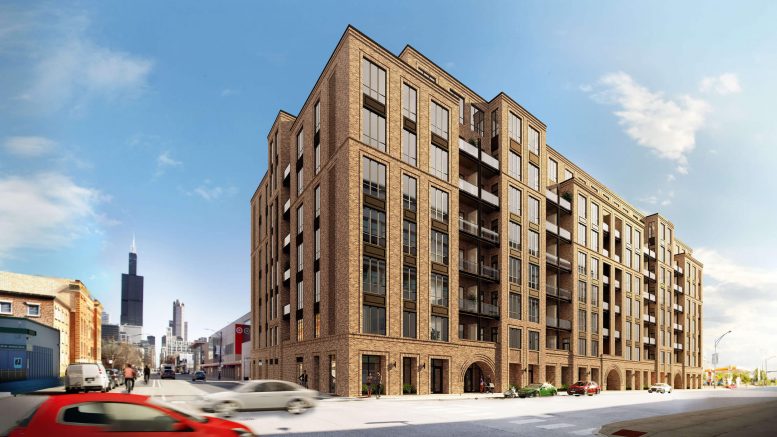 Demolition is underway for an eight-story residential development known as CA6 Condos, located at 311 S Racine Avenue in West Loop. 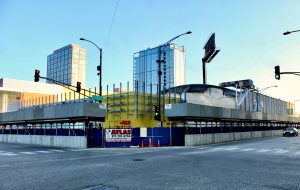 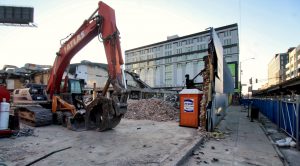 Planned by Belgravia Group in partnership with JRG Capital Partners, the 72-unit project is the developer’s seventh installation in the West Loop area, dating as far back as 2007 with the completion of Chelsea Townhomes. 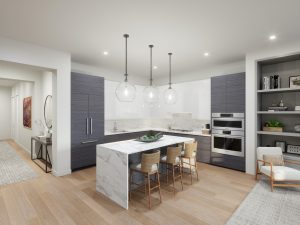 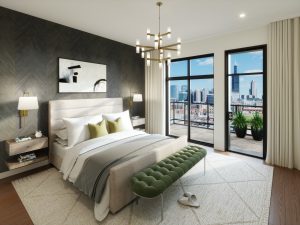 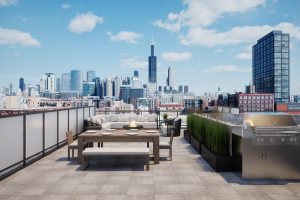 The condominium units will comprise of five different floor plans, comprising of three- and four-bedroom layouts and ranging in size from 2,160 to 3,157 square feet. All of the four-bedroom units will span two floors, and every unit in the building will have access to two separate outdoor spaces. Standard in-unit features include 10-foot ceiling heights, recessed lighting, large offices, a pre-wired central media panel, Bosch kitchen appliances, quartz countertops in both the kitchen and bathrooms, and concrete slab construction between each floor. Penthouse units will have additional features like a fully-equipped outdoor kitchen, Sub-Zero and Wolf kitchen appliances, and a thermostat-controlled heated floor in the master bathroom. 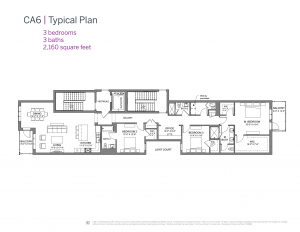 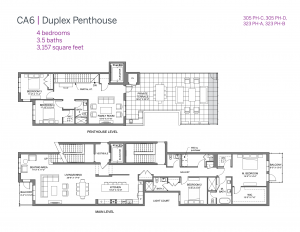 The building itself will host a variety of amenities, including a fully-equipped fitness room, a meeting room, and a secure package room. Residents will also find a heated parking garage with electric vehicle charging stations, as well as a bike storage room.

According to Crain’s Chicago Business in March, the five most expensive layouts sold so quickly that the design was re-adapted to convert seven mid-sized units into their higher-priced counterparts. The total number of units did not changed with this conversion. 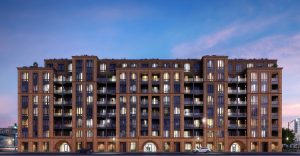 Sullivan, Goulette & Wilson is the architect behind CA6, whose facade integrates a consistent red brick alongside floor-to-ceiling windows, metal balconies, and interspersed arched-openings at ground level.

Residents have access to a Target located adjacently east. Additionally, an abundance of park space is available within a 10-minute walk, including Skinner Park to the northwest as well as the Mary Bartelme Park to the northeast.

Closest bus access includes an adjacent eastbound stop for Route 126, with the nearest westbound stop one block south. Other buses within a 10-minute walking radius include Routes 7, 55, and 60 to the southwest, and 8 to the east. 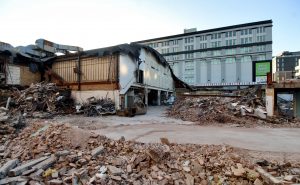 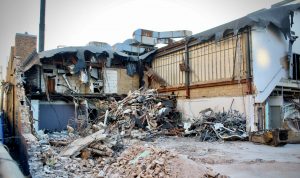 Atlas Industries is serving as the demolition contractor for the previously occupying one-story masonry building. The developers expect to deliver the project by Q1 2022.