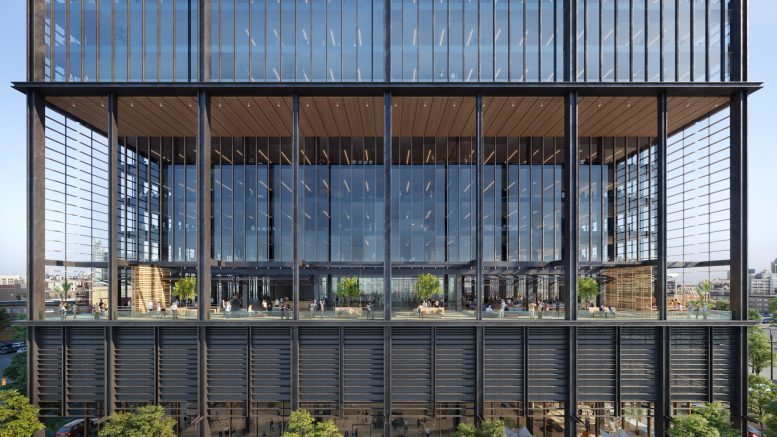 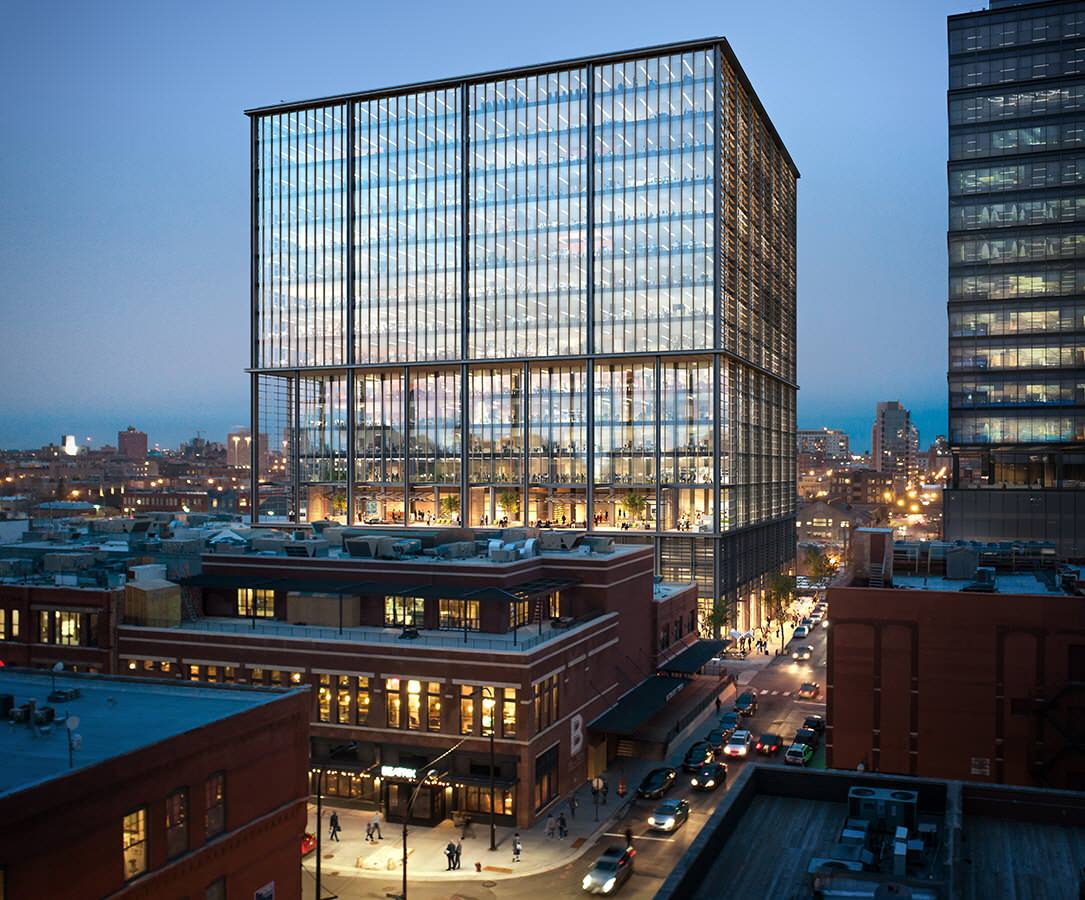 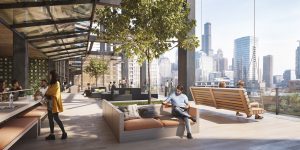 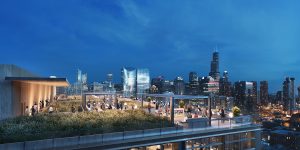 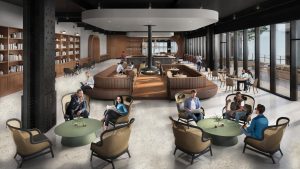 Programming consists of 644,000 square feet of office space, 12,000 square feet of retail, and an assortment of amenities. As listed on the marketing website, these spaces include a massive five-story open-air deck, an outdoor fitness terrace with heated paddle courts, an indoor/outdoor lounge and bar, an indoor fitness center, an expansive rooftop terrace, and a co-working and event space. 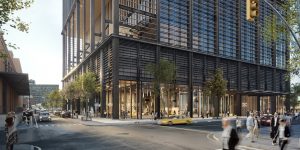 Skidmore, Owings & Merrill is serving as the architect, whose design features a mix of glass curtain wall and stone cladding. A large portion of the eastern exterior has also been hollowed out to accommodate the five-story deck.

Another notable feature is the development’s mix of public transit proximity and integrated parking for nearly 200 cars as well as on-site bike storage. Multiple Divvy bike stations can also be found within a five-minute walk, with an adjacent station planned upon completion.

Those wishing to access the CTA bus will be able to find north and southbound stops for Route 8 just one block east along Halsted. Additional access for the east and westbound 65 Bus is also available via a five-minute walk north to Grand & Peoria.

For the CTA L, the nearest stops for the Green and Pink Line can be found at Morgan station, a six-minute walk southwest. Meanwhile, the Blue Line’s Milwaukee & Hubbard/Union station is a six-minute walk northeast. 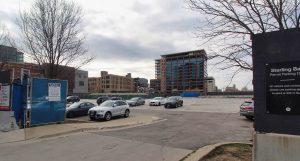 Previously a two-story steel commercial building had occupied the project site. Demolition permits were issued for the structure this past April, which now lies vacant. While no date has yet been confirmed for construction to commence, 2022 has been announced as the target opening date.