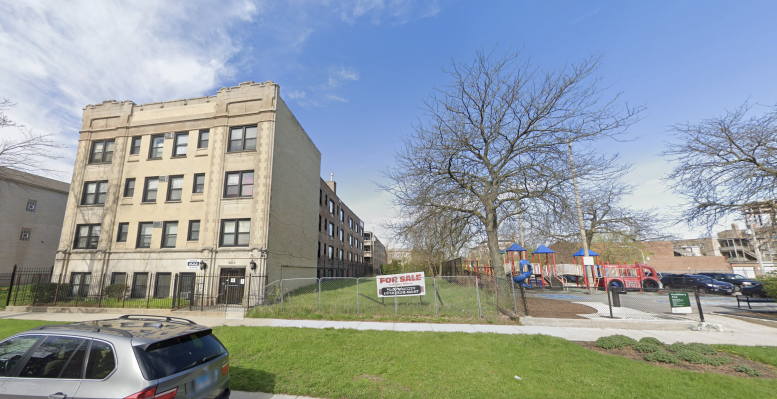 Construction permits have been issued for a three-story residential building at 6204 S Kimbark Avenue in Woodlawn. Developed by McInerney Builders, the project will replace an empty lot and provide six dwellings as well as a basement and outdoor parking for six vehicles. The development is estimated at $181,732 in value according to a Redfin listing for the property.

As far as transportation in the area, residents will be able to access the east/westbound Route 63 less than a two-minute walk south to 63rd Street & Kimbark. Residents can also find the eastern endpoint for Route 59 at Dorchester & 61st Street, located a six-minute walk northeast.  Other routes within a 15-minute walk include 2, 59, 171, and 172 to the northwest, and 4 to the southwest.

The nearest CTA L access is the Green Line’s Cottage Grove station, located a 14-minute walk southwest of the plot.

The lot also lies adjacently south of the Huckleberry Playground Park and four blocks west of Beehive Park. The much larger 366-acre Washington Park and the 500-acre Jackson Park are each located around a 15-minute walk to the north and east respectively.

Christopher G. Boehm is serving as the project architect. While no renderings have yet been revealed, the inclusion of a masonry contractor may indicate a stone or brick facade.

McInerney Builders is also serving as the general contractor for the almost $14.5 million project. A completion date has not yet been announced.