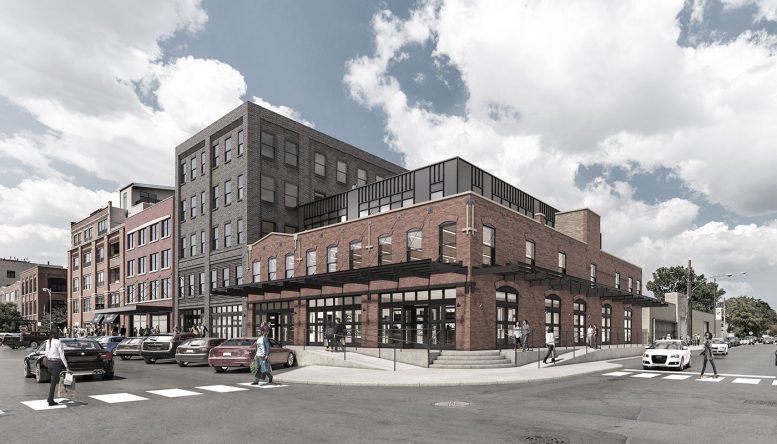 The facade and other remaining construction work at 1100 W Fulton Market is steadily progressing towards the finish line. The five-story mixed-use development is located near the heart of West Loop‘s rapidly developing Fulton Market neighborhood. 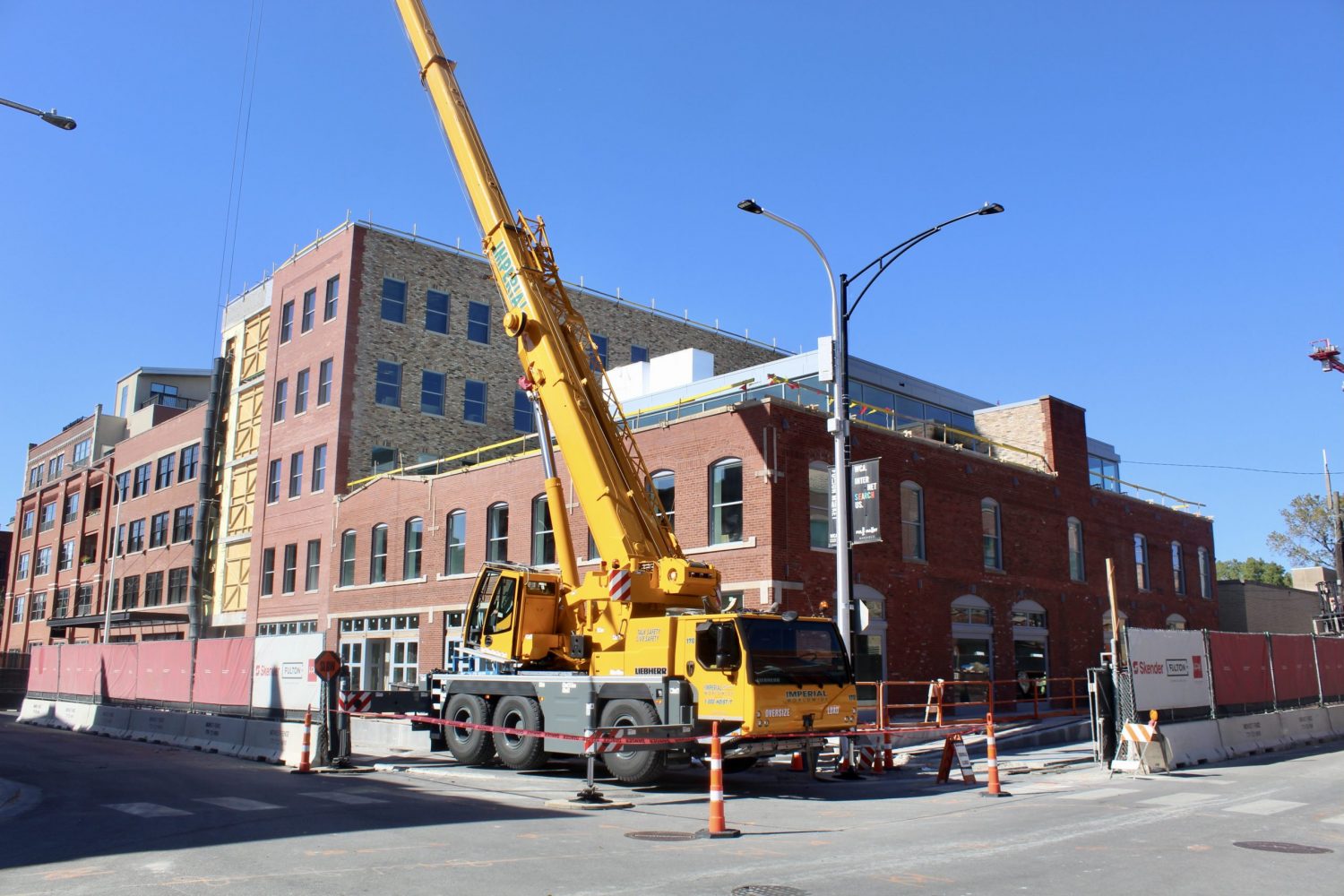 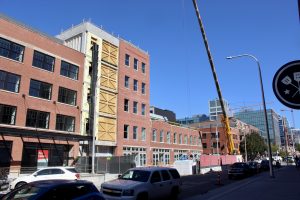 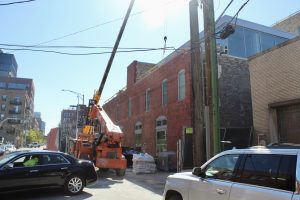 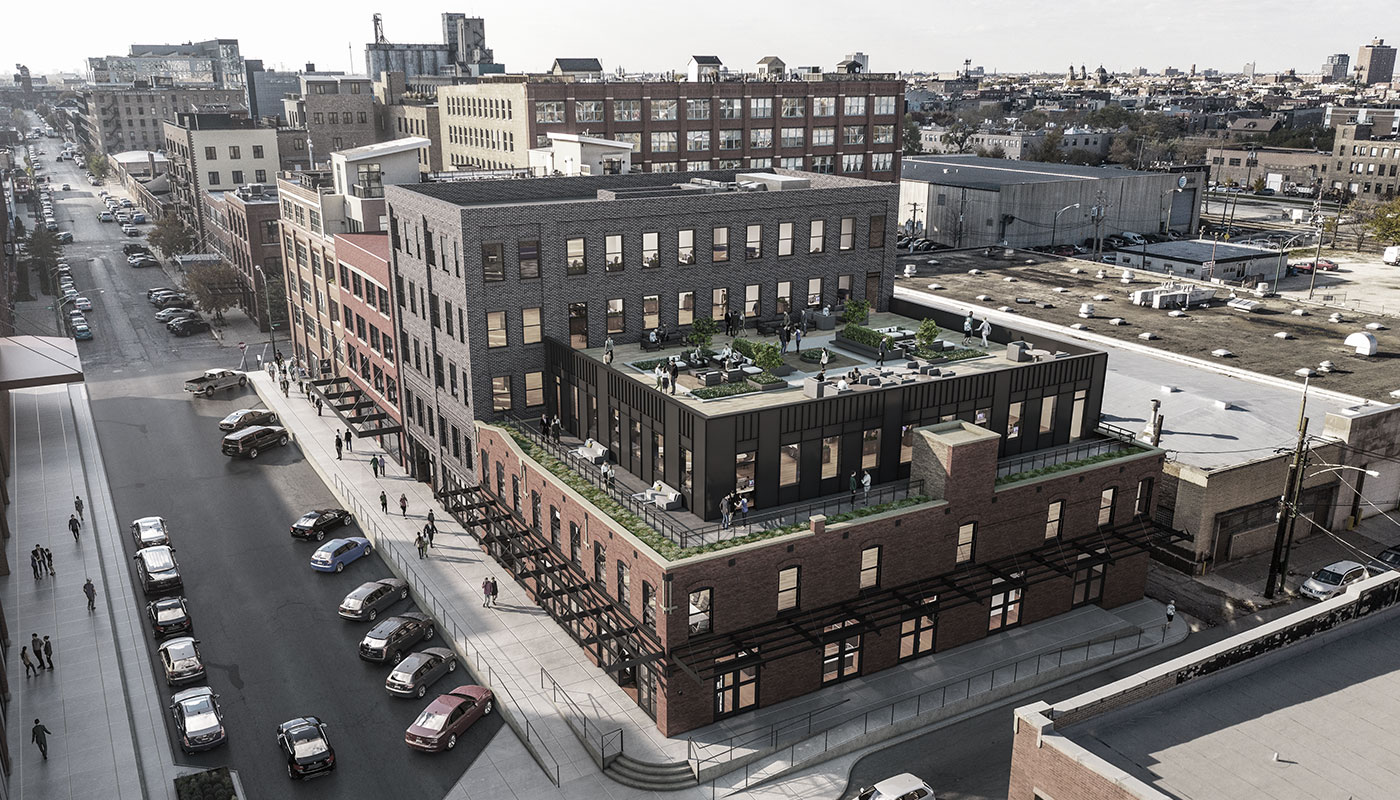 Developed by Fulton St. Companies and backed by equity partner Huizenga Capital Management, the 45,000-square-foot project will provide retail on the first floor, with boutique office space throughout the remaining four floors. Hartshorne Plunkard Architecture (HPA) is the architect, designing around an existing two-story, 15,000-square-foot brick building. A metal and glass setback on the third floor was added to the existing structure, while a five-story brick building was integrated into the property’s open space on the west elevation. The south front wall of this five-story addition retains a similar brick color to its existing neighbor, but uses lighter-colored tan bricks on its eastern face. HPA also added a series of sleek modern additions, one notable example are the metal overhangs that complement the area’s increasingly popular warehouse aesthetic.

Beyond the retail and office programming, outdoor deck space will effectively cover the entire roof area of the shorter section, both on top of the original structure where the third added floor is set back, as well as on top of the third floor itself, accessible via the adjacent five-story building.

Currently, Fulton St. Companies has leased the entirety of the office space to the single tenant of Herman Miller Inc. The planned retail tenants are not currently known.

The 12,600-square-foot property is located on the northern side of W Fulton Market corridor, at the intersection of W Fulton Market and N Aberdeen Street. Two blocks east of the site, from the cross street of N Morgan Street to the N Halsted Street cross street, is Fulton Market’s densest four-block stretch filled with dining and retail businesses. At the Halsted & Fulton Market intersection is also a bus stop for Route 8, a nine-minute walk east of the 1100 address. The CTA L Green and Pink Lines are also accessible via Morgan station, a five-minute walk southeast. Grand station is also accessible via a 13-minute walk northeast of the site, serviced by the Blue Line. 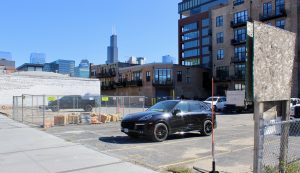 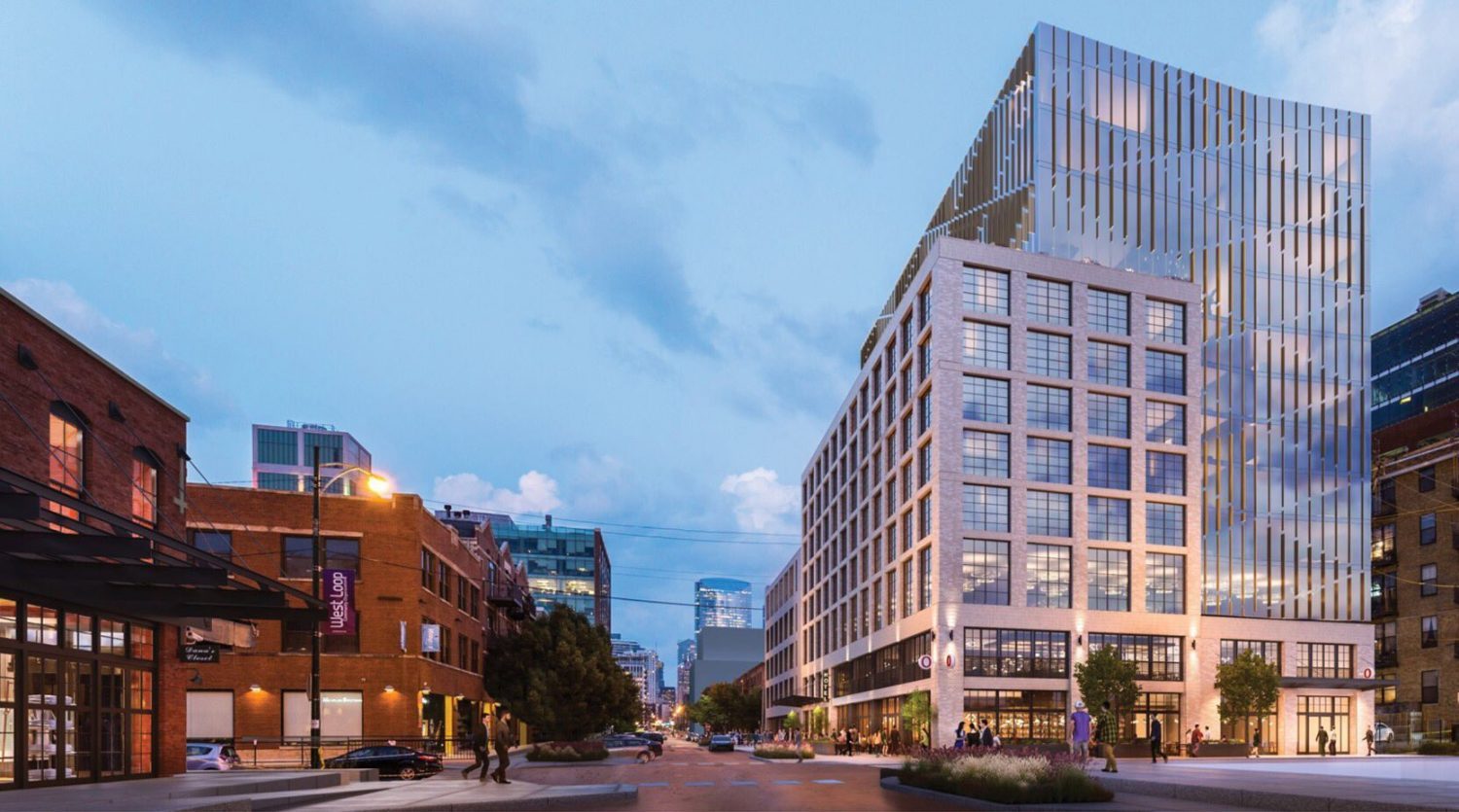 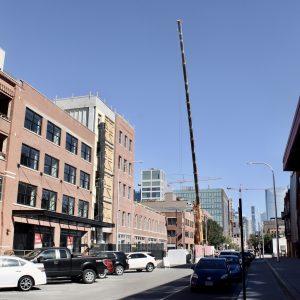 Since YIMBY’s last update in August, new doors and windows have been added to the ground floor, along with additional exterior work on the new five-story wing and the added one-floor enclosure. Skender is serving as the general contractor for the development, which still appears on track to complete prior to the end of the year.