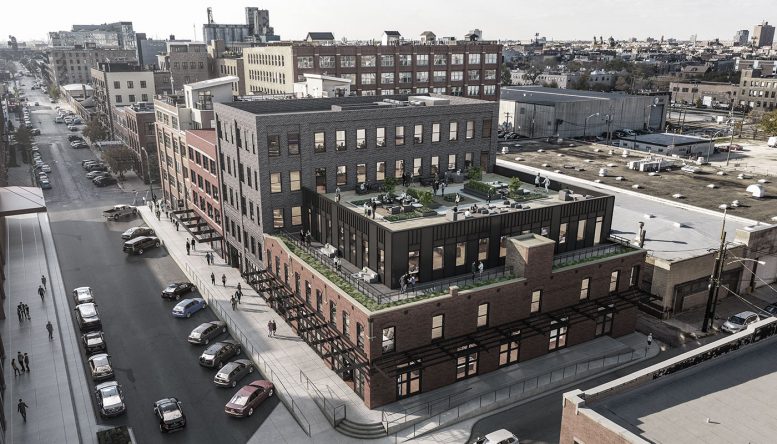 Construction is wrapping up at 1100 W Fulton Market in the rapidly developing Fulton Market neighborhood in West Loop. The mixed-use renovation and expansion features a five-story and three-story development. These two buildings will triple the existing square footage of an old meatpacking warehouse by integrating an additional floor on top of the existing two-story structure, as well as new ground-up construction on the adjacent second edifice. 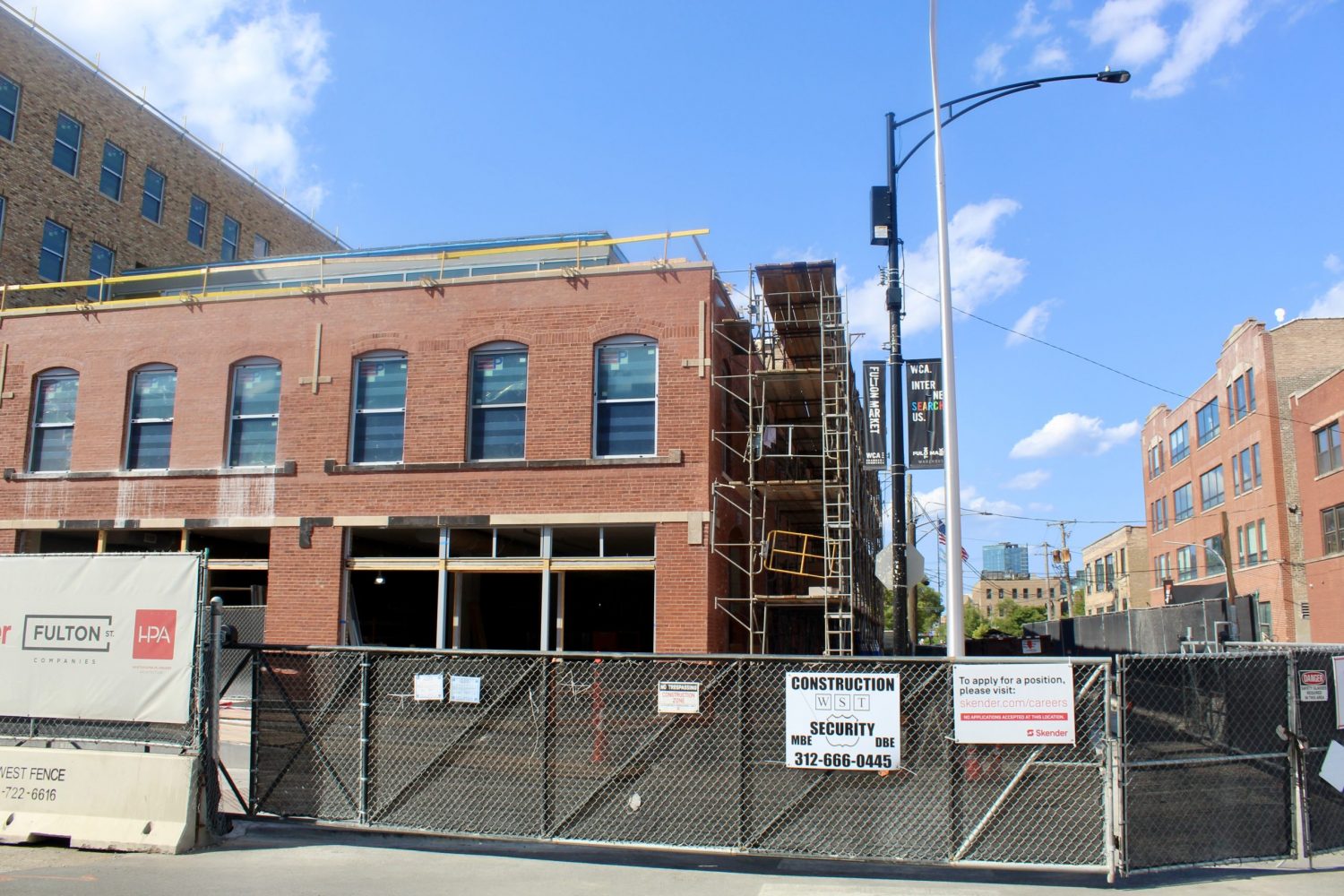 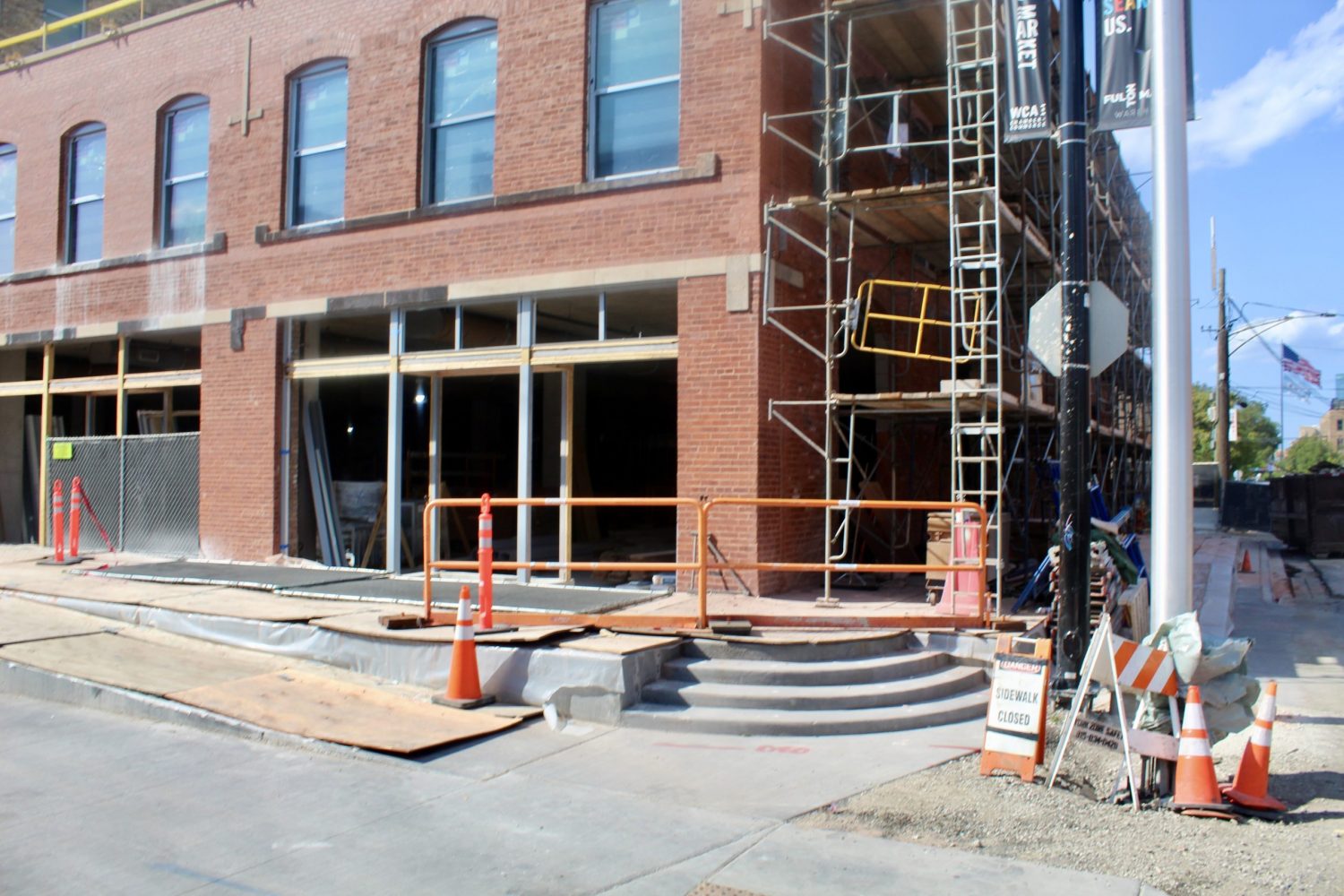 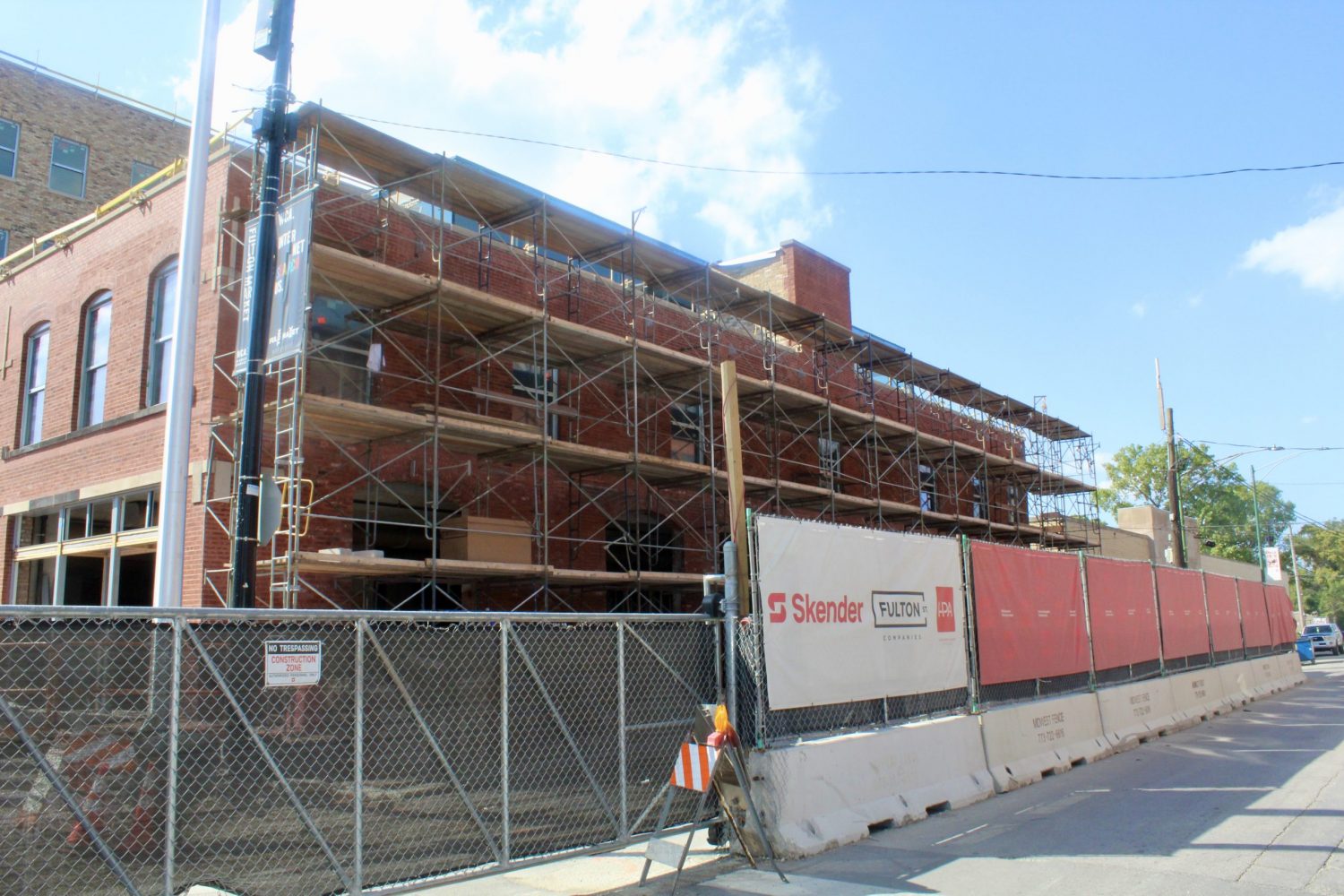 The site is located at the corner of W Fulton Market and N Aberdeen Street, with the nearby bus Route 19 access via the Washington & Racine stop, a nine-minute walk southwest. Bus route 8 is also accessible via the Halsted & Lake stop, a 10-minute walk east. The CTA Green and Pink Lines can also be accessed via Morgan station, a five-minute walk southeast.

Fulton St. Companies is the venture developing the project, partnering with Huizenga Capital Management as the equity partner. Additionally, Skender is the general contractor. 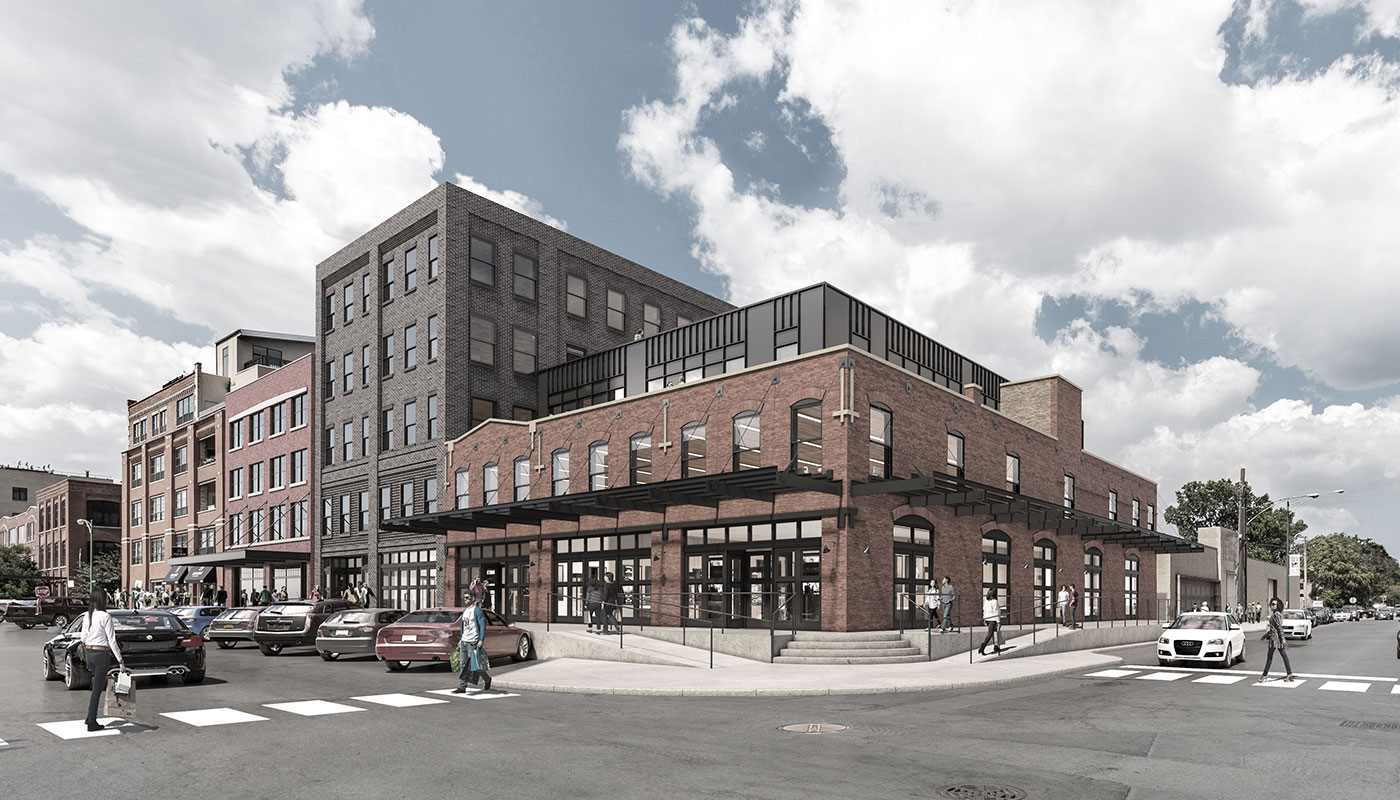 Hartshorne Plunkard is the architect behind the project, and is also involved in other nearby projects including the adjacent 1043 W Fulton Market. The design for 1100 W Fulton Market features the renovated facade of the original warehouse, with added elements like large loft-styled windows on the ground level, metal awnings, and an added terrace and additional floor at the top. The five-story building is connected to 1100 W Fulton Market, and features a more neutral-colored masonry exterior.

As far as programming, the 45,000 square feet of space will include retail on the ground floor with boutique office space above, to be leased fully to Herman Miller Inc.

With exterior construction approaching completion, the development is on track to open later this year.