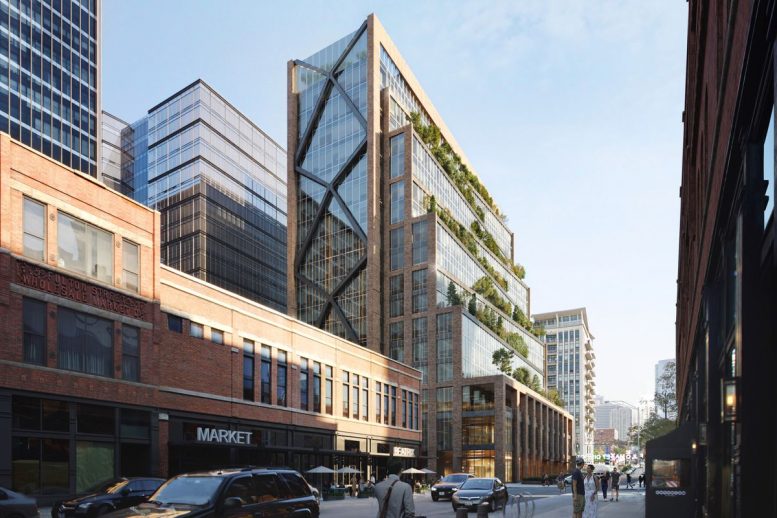 Structural work is close to topping out at 800 W Fulton Market, where developer Thor Equities has planned an 18-story office tower yielding a total 472,000 square feet. Since the last construction update, two of the final floors have been added and work has begun on the glass and brick facade. 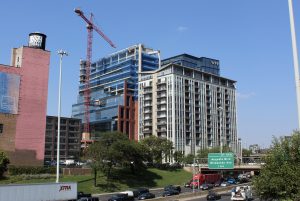 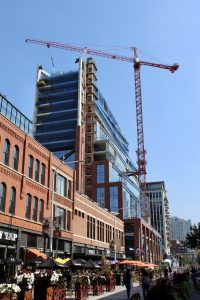 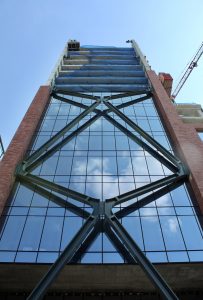 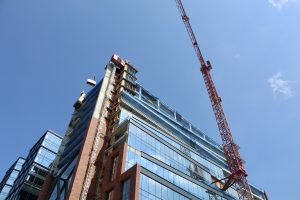 The site of the major development is at the east end of the new and vibrant Fulton Market neighborhood, which hosts a variety of bars, restaurants, and retail along the Fulton Corridor. Directly adjacent to the site is the Halsted & Fulton Market bus stop, serviced by route 8. CTA L access nearby includes a five-minute walk southeast to Morgan station, serviced by the Green and Pink Lines and a seven-minute walk north to the Grand station, serviced by the Blue Line. 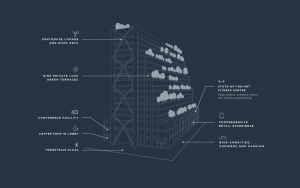 Diagram of amenities at 800 W Fulton Market. Diagram by SOM

Thor Equities is planning 431,500 square feet of office space as the primary function of the building, with 35,000 square feet of retail. Additional tenant amenity space is spread throughout the development, including a large, open lobby, a state-of-the-art fitness center on the second floor, a penthouse lounge and roof deck, and most notably nine green terraces integrated with the structure’s irregular step shape. Additional parking will be located below grade, as well as 150 spaces for bikes. 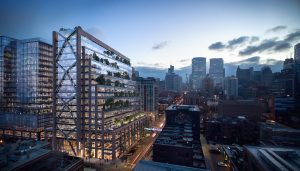 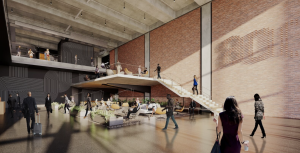 The lobby of 800 W Fulton Market. Rendering by SOM 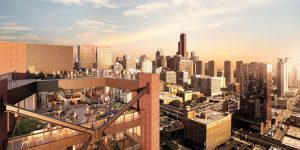 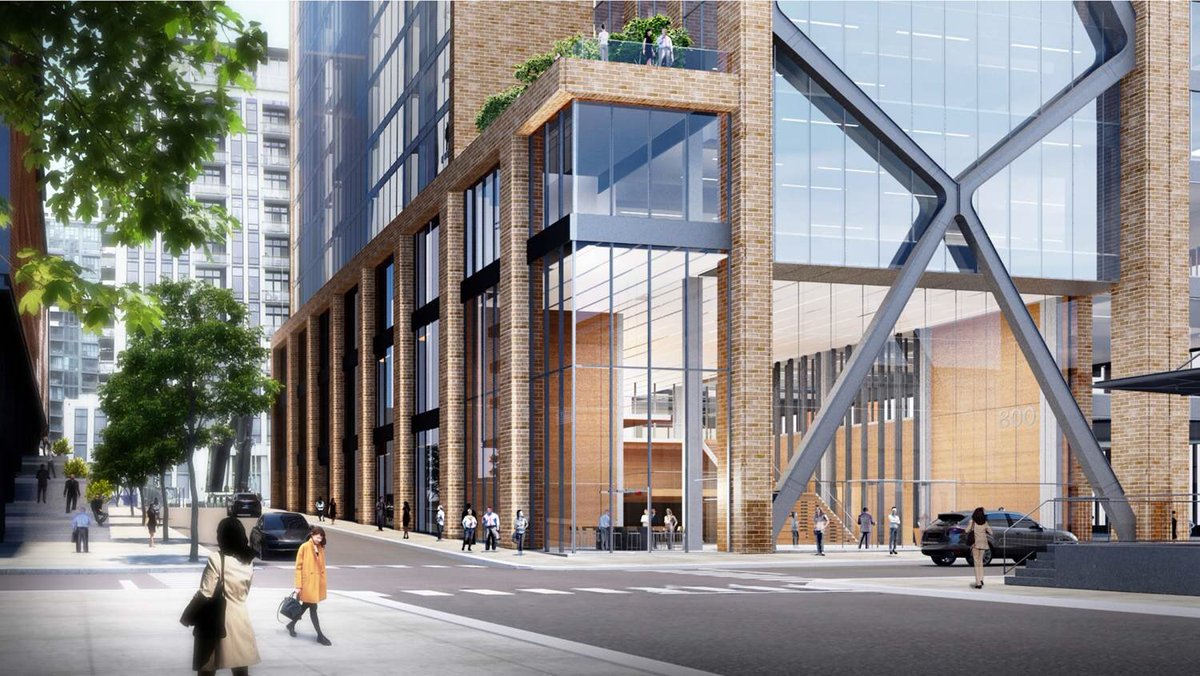 The architect, Skidmore, Owings & Merrill, has provided a contemporary design with context-inspired motifs throughout. The use of brick echoes both the other major developments rising in the neighborhood, as well as the food packing plants that had originally occupied the area. Meanwhile, the use of diagonal bracing on the sides of the building reflects that of other high profile Chicago projects like 875 N Michigan Avenue (formerly the John Hancock Center).

Terra Engineering Ltd. is serving as the project’s civil engineer, while dbHMS is the infrastructure consultant. According to Commercial Property Executive, the development is expected to begin welcoming tenants in spring of 2021.