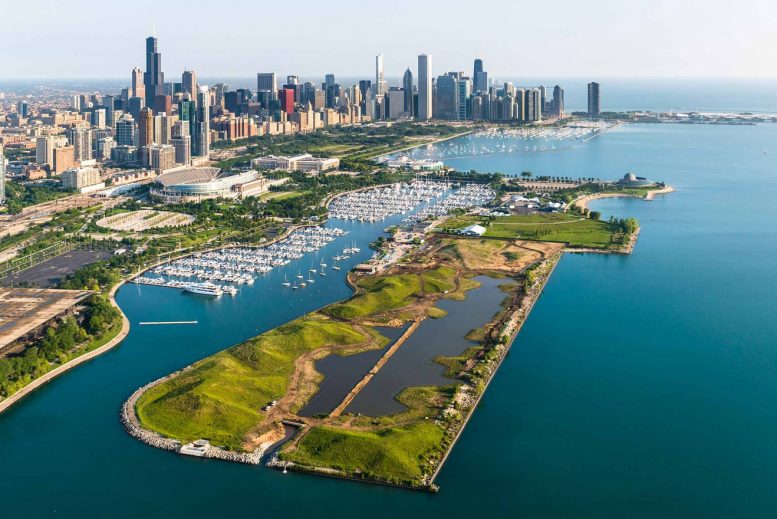 Recent photos show the current status of Northerly Island, a 91-acre park off of South Loop‘s shore. A portion of the lakefront trail was removed this past year due to storm damage along the park’s eastern lakeside edge. Rock flood barriers and closed-off public access remain along this stretch of the park, although a more long-term solution could reduce their need and complete the trail’s loop again. 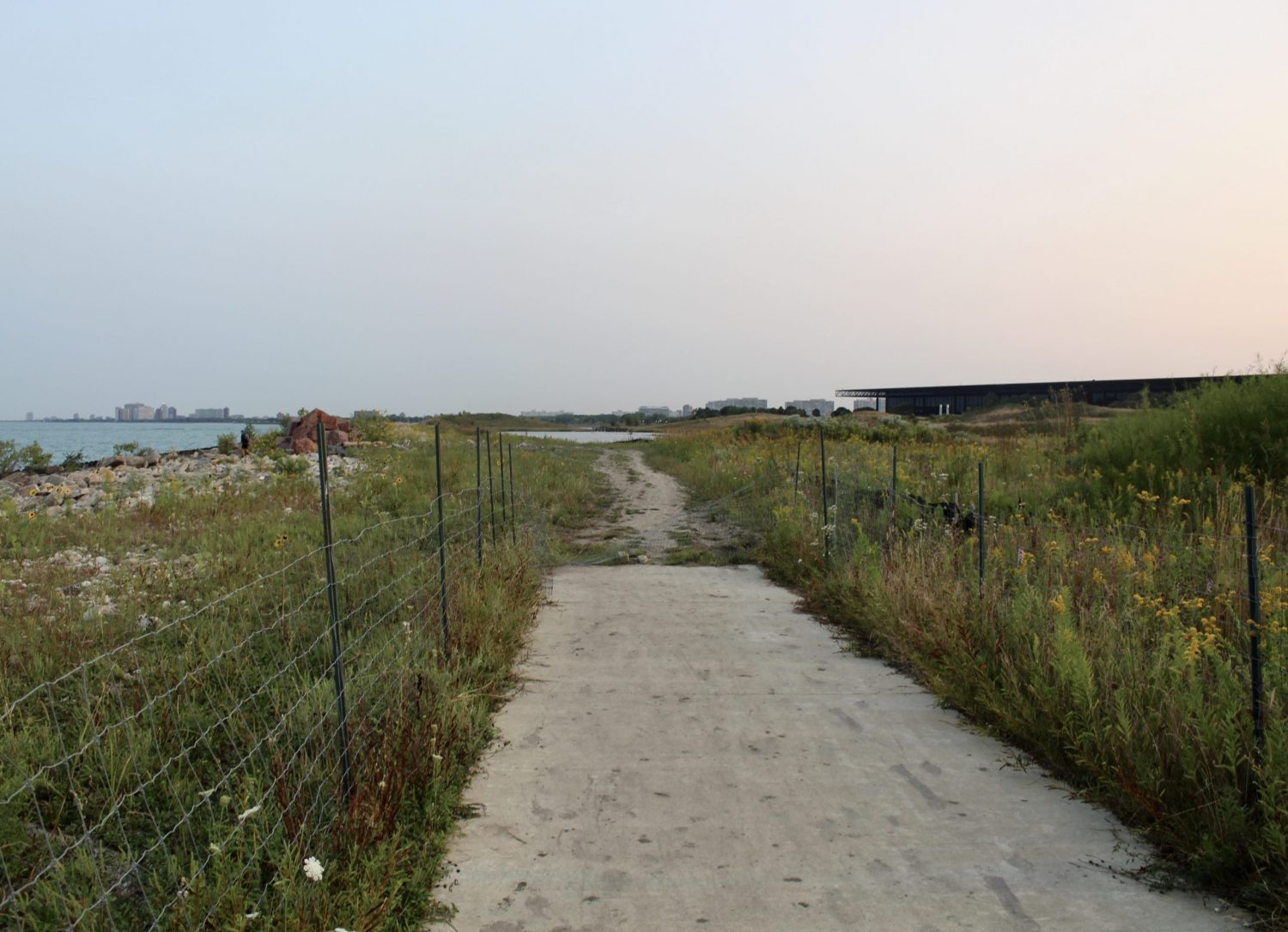 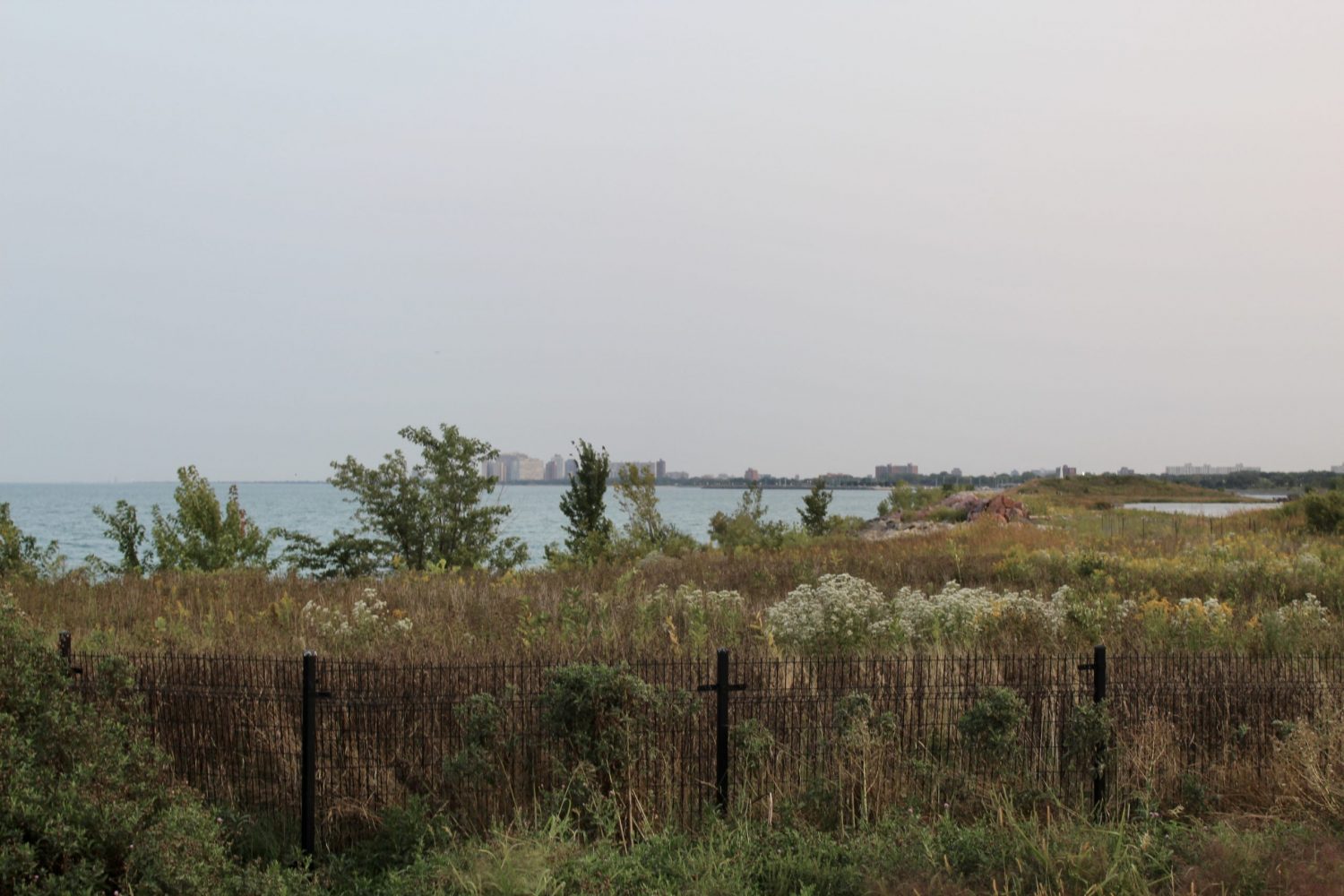 The park is located south off an artificial peninsula, which also houses the Adler Planetarium, 12th Street Beach, and Huntington Bank Pavilion. While deemed an island in name, the park never detaches from land, and is surrounded by water on three sides.

Transit access near the island includes the Solidarity Drive & Aquarium stop for route 146, a 9-minute walk northwest from the entrance to the park. CTA L access includes a 26-minute walk northwest to Roosevelt station, serviced by the Red, Green, and Orange Lines. In addition to the planetarium, other nearby public attractions include the Shedd Aquarium, the Field Museum, Soldier Field, and Grant Park.

While Chicago’s esteemed architect Daniel Burnham had originally envisioned a much larger off-shore park in 1909, the current island project only began progressing in 1996. At that time, Mayor Daley pushed for a $27.2 manifestation of Burnham’s vision, which would replace the formerly occupying island airport, Meigs Field. 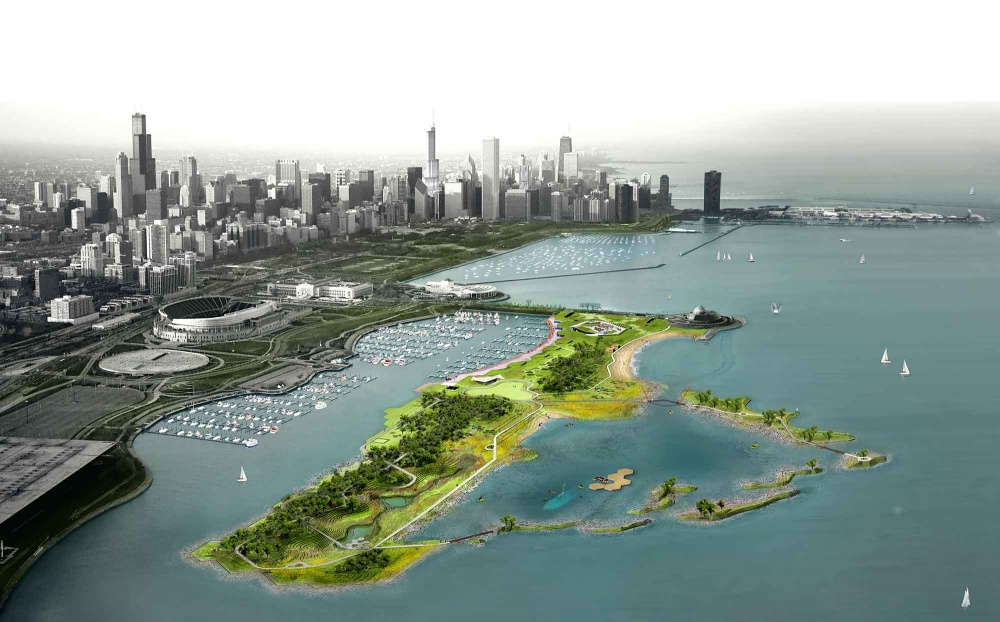 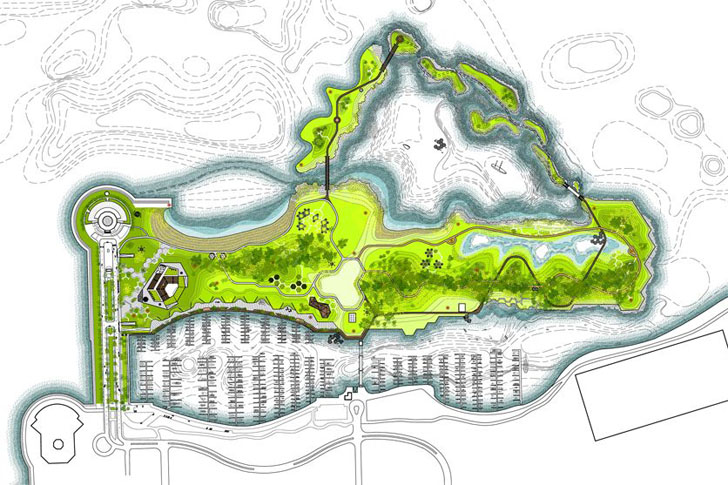 The Park District and Army Corps set to develop the site in 2010, recruiting the help from Chicago-based Jeanne Gang to visualize a series of paths, wetlands, barrier islands, and even biomes marked by different flora. According to Chicago Magazine, the project would have cost $40 million. The park was ultimately built for less than $10 million, retaining part of the looping path, grassland and hill terrain, and central lagoon. 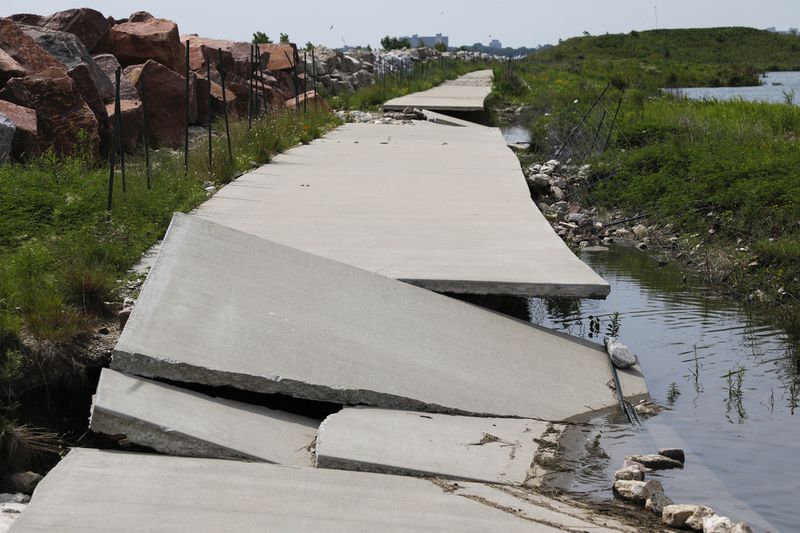 2019 photo of storm damage along the park’s original eastern path, which has since been demolished. Photo by the Chicago Tribune

In recent years, the park has seen major storm damage, partially in part to the lack of storm buffers like the wetlands and islands proposed by Studio Gang. Though the eastern edge has been closed off and part of the damage fixed, a full build out of the project remains on the table. According to the same Chicago Magazine article, Park District spokesperson Michele Lemons indicated that Gang’s design was an “active, long-term plan.”

Despite the broad long-term goal of continuing to improve the island’s infrastructure, no official timeline has been indicated.