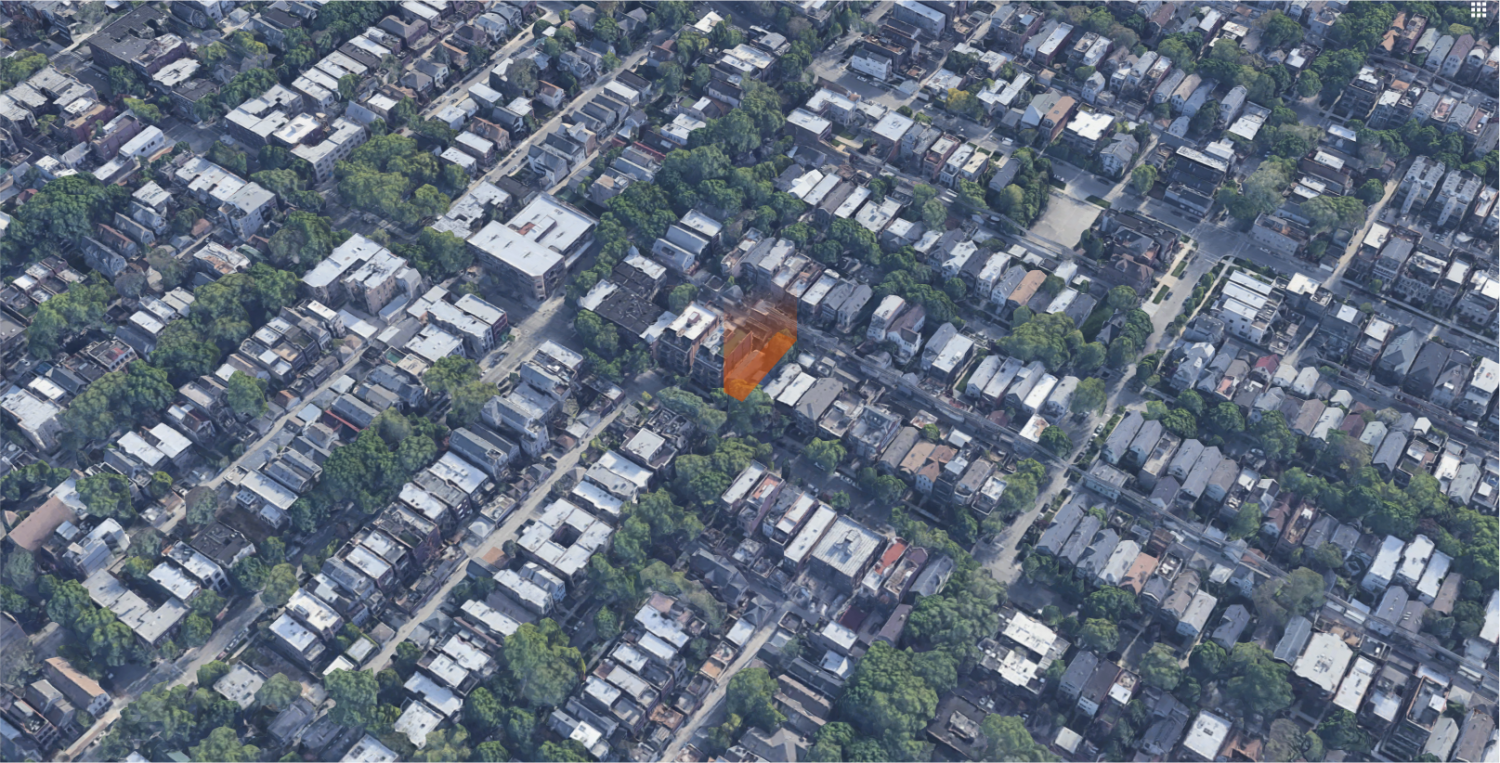 Also five minutes north is the major triple intersection of N Racine Avenue, the diagonally-oriented N Lincoln Avenue, and W Diversey Parkway. This intersection contains a variety of dining and retail locations in the vicinity, many of which are located along N Lincoln Avenue in both directions.

Eirpol LLC, listed as both the owner and general contractor, is planning three units within the building, a basement, and a detached garage with three spaces.

No architect of record has been listed, though the permit’s preliminary contact is Michael S Cox as the structural engineer. Cox is a Chicago-based architect, whose firm Architectural Design Studio has designed a number of similar projects. However, the permit filing does not indicate to what extent Cox will be involved in the current development. As far as the building’s design itself, no renderings have been revealed, though masonry contractor entries for the permit indicate a stone or brick facade.

A completion date for the $700,000 project has not been announced.