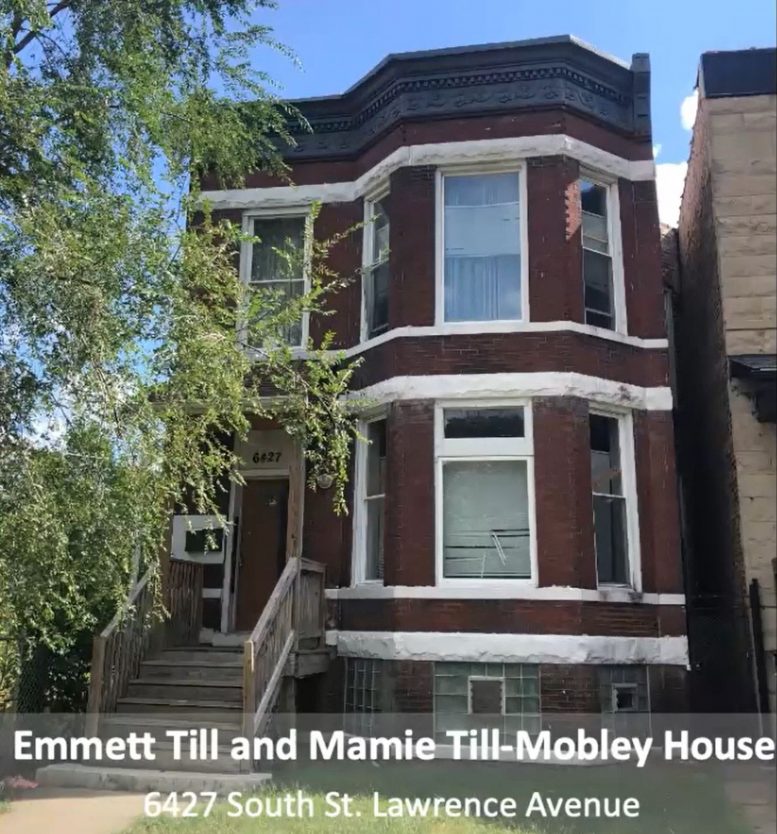 Emmett Till and Mamie Till-Mobley House. Image by CCL

The Commission on Chicago Landmarks has approved preliminary landmark status for the Emmett Till and Mamie Till-Mobley House. Located at 6427 S St. Lawrence Avenue in West Woodlawn, the brick two-story is the former home of Emmett Till and his mother, Mamie Till-Mobley. The two lived on the second floor with Emmett’s aunt and uncle on the first floor, and his cousins on the basement level.

According to the staff recommendations, the house meets two criteria for landmark status, including the value as an example of city, state or national heritage, and association with a significant person. Additionally, the project meet the Integrity Criterion, which requires that the area, district, place, building, structure, work of art, or other object must have a significant degree of integrity in terms of its location, design, setting, materials, workmanship, and have an ability to express it through historic, community, architectural, or aesthetic interest or values. 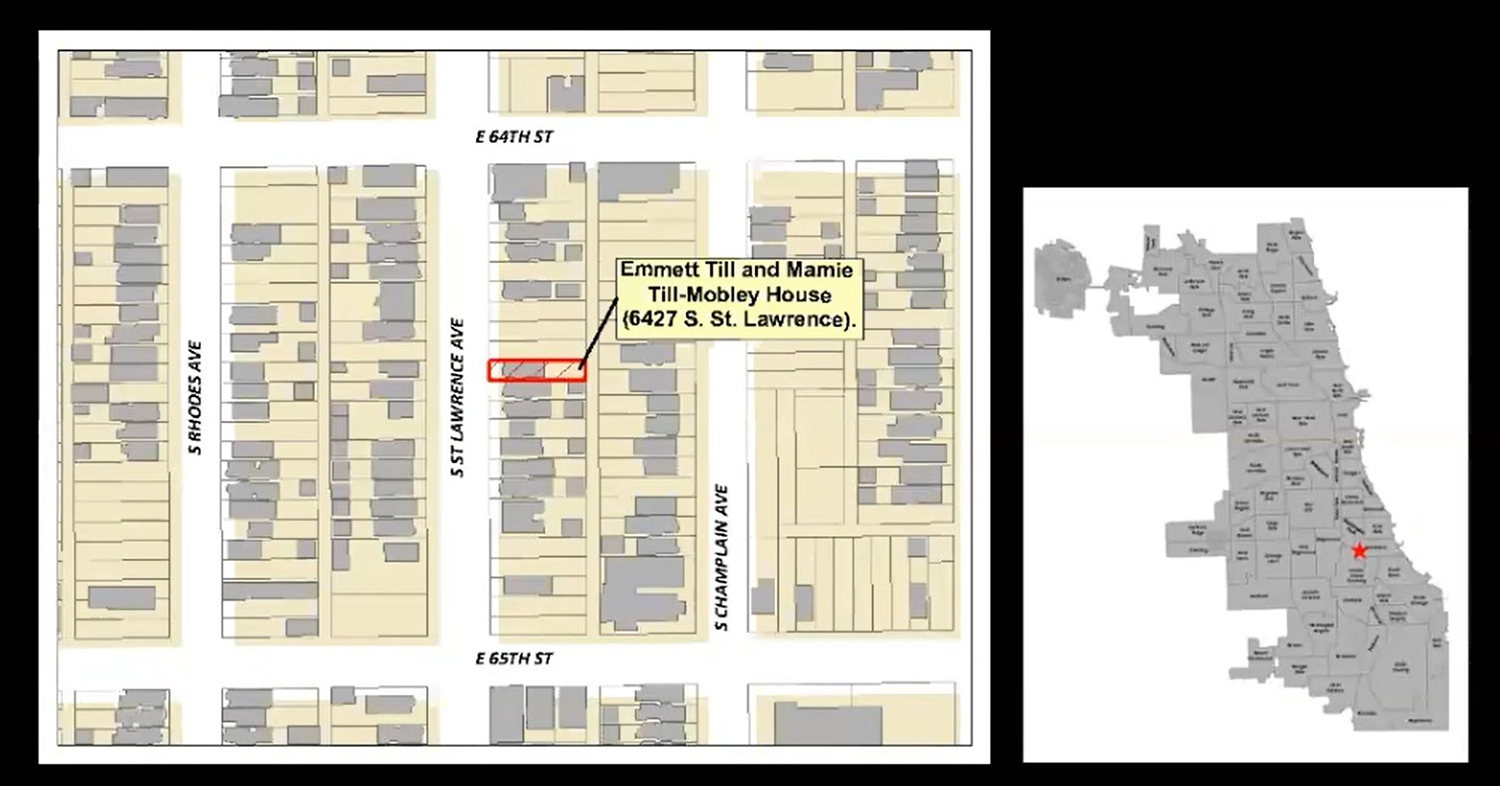 Emmett Till and Mamie Till-Mobley House Site. Diagram by CCL

Blake McCreight, the current owner of the home, revealed that he was not aware of the historic nature of the house when he acquired it one year ago, but expressed that he is fully on board with landmark status.

Commissioners expressed concern about his intentions regarding the site and surrounding area. He was asked whether he had a plan for the house or had considered gifting it to a local organization that could preserve and maintain it. McCreight responded saying that he doesn’t have a plan currently of what to do with the property. He did mention that a local organization has already submitted an offer to him for the property, but he doesn’t want to rush into any final decisions.

The preliminary landmark status is the first step for the house in the landmark designation process. The designation will go through a public meeting and hearing, as well as approvals from the Plan Commission, Zoning Committee, and the City Council.