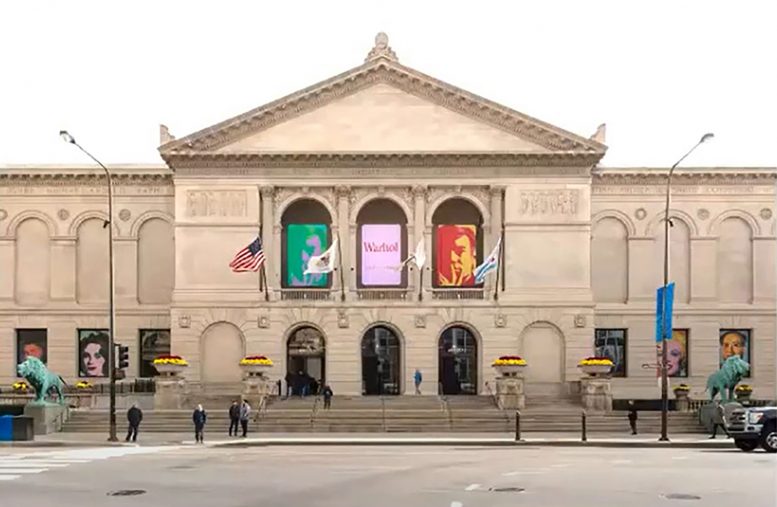 The proposal includes the removal of existing plywood infill in the two outer arches of the five arches in the center of the building, and infilling those archways with new limestone. Currently, visitors can enter through the three middle arches, while the two arches in question are filled with black-painted plywood. 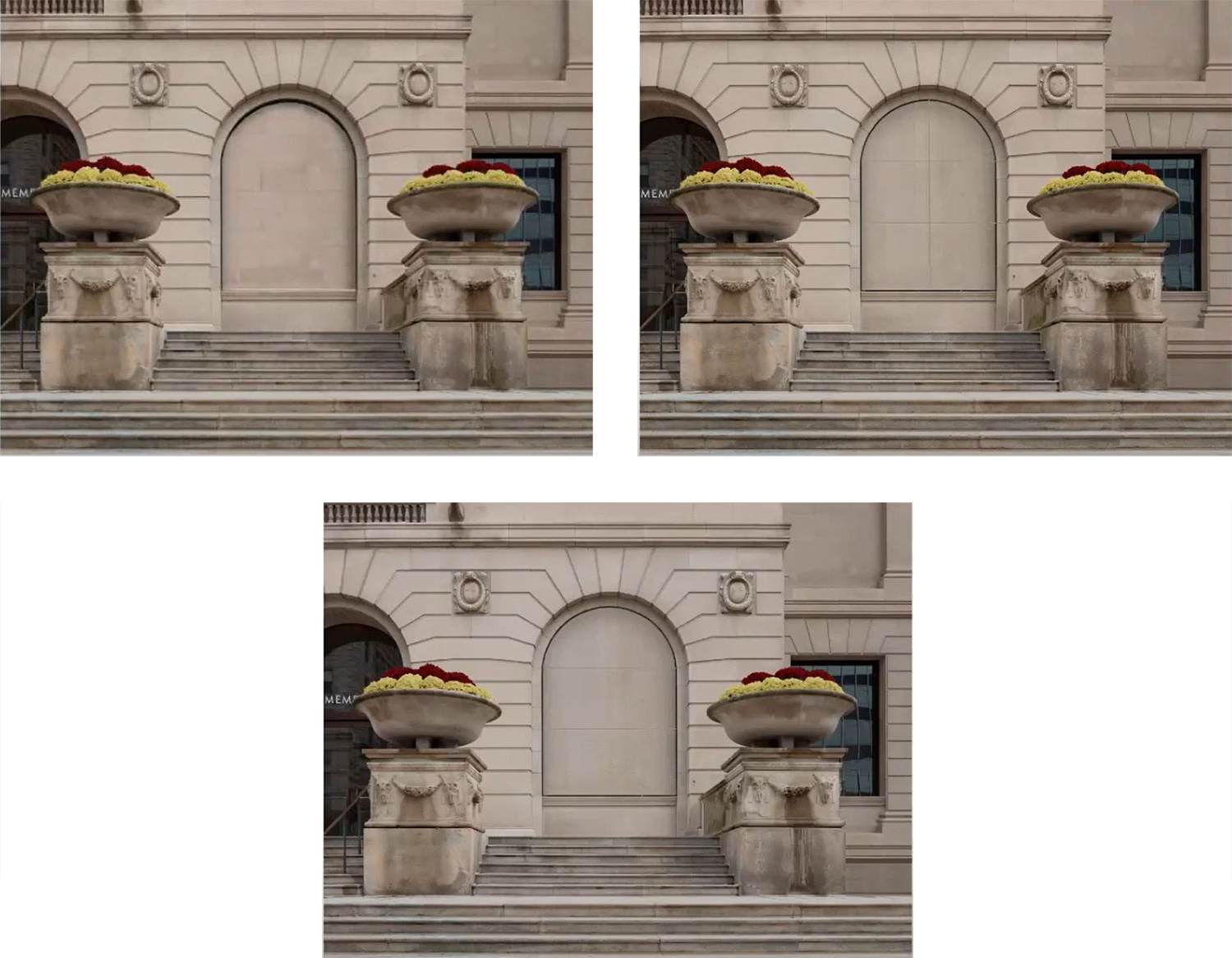 The limestone infill will be recessed as far back as possible into the existing window opening, and will have a smooth finish to differentiate it from the existing limestone. This will make sure that it is not mistaken for being original to the building and will not distract from the overall appearance of the front façade from a distance. The limestone infill will incorporate three units divided by two horizontal mortar joints, aligning with the mortar joints on the existing limestone that surrounds the openings. This treatment is rendered in Option 3 of the possibilities for the layout of stones and mortar as the infill. There will be a four-inch reveal around the perimeter of the limestone infill to further discern it from the original. 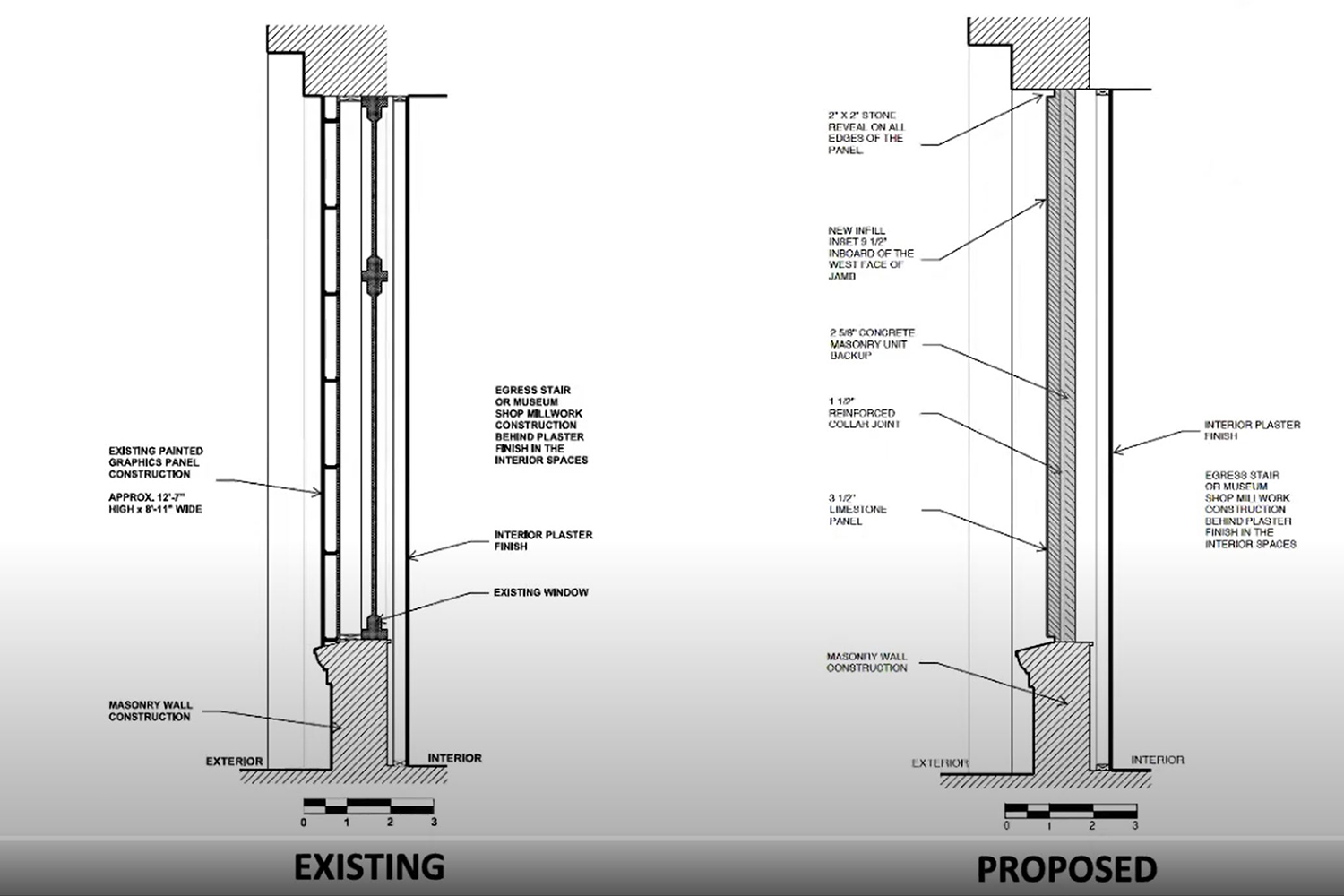 If the existing window frames are original, they must be documented, carefully removed, and stored in the event that the Art Institute of Chicago decides to reinstall these windows in their original location or to match the profile and design for replacement windows in the future.

CCL found that the project will not have an adverse effect on the significant historical and architectural features of the landmark property and district, so it was approved by the Permit Review Committee.

Interactive Design Architects is in charge of the design for this alteration, with Berglund Construction as the general contractor for the project. Permits for the project have been issued, but no construction timeline has been announced yet.