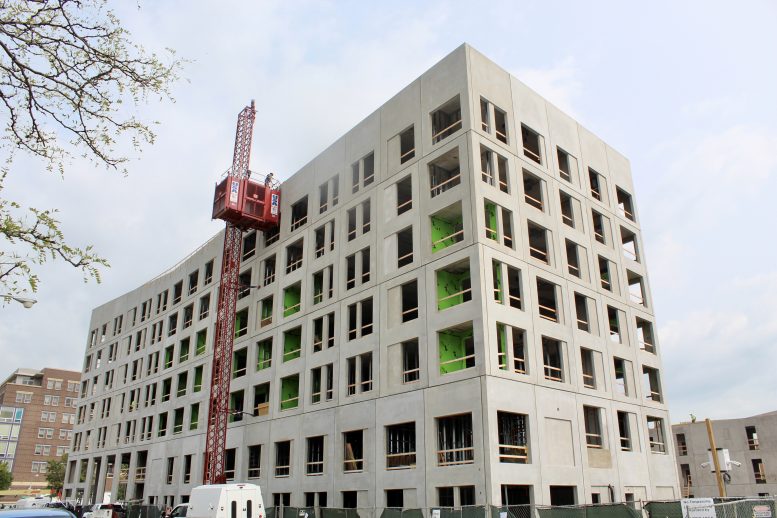 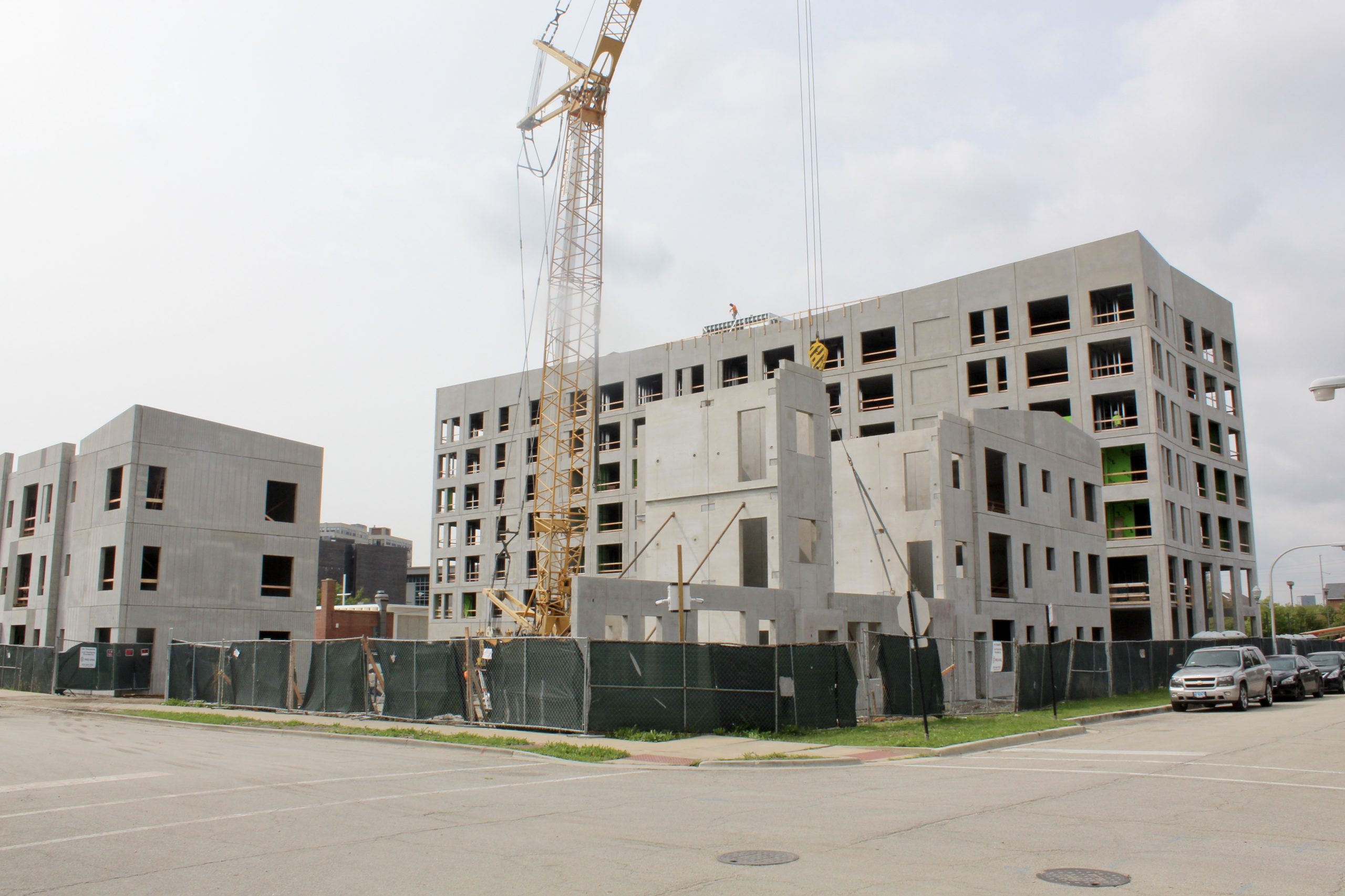 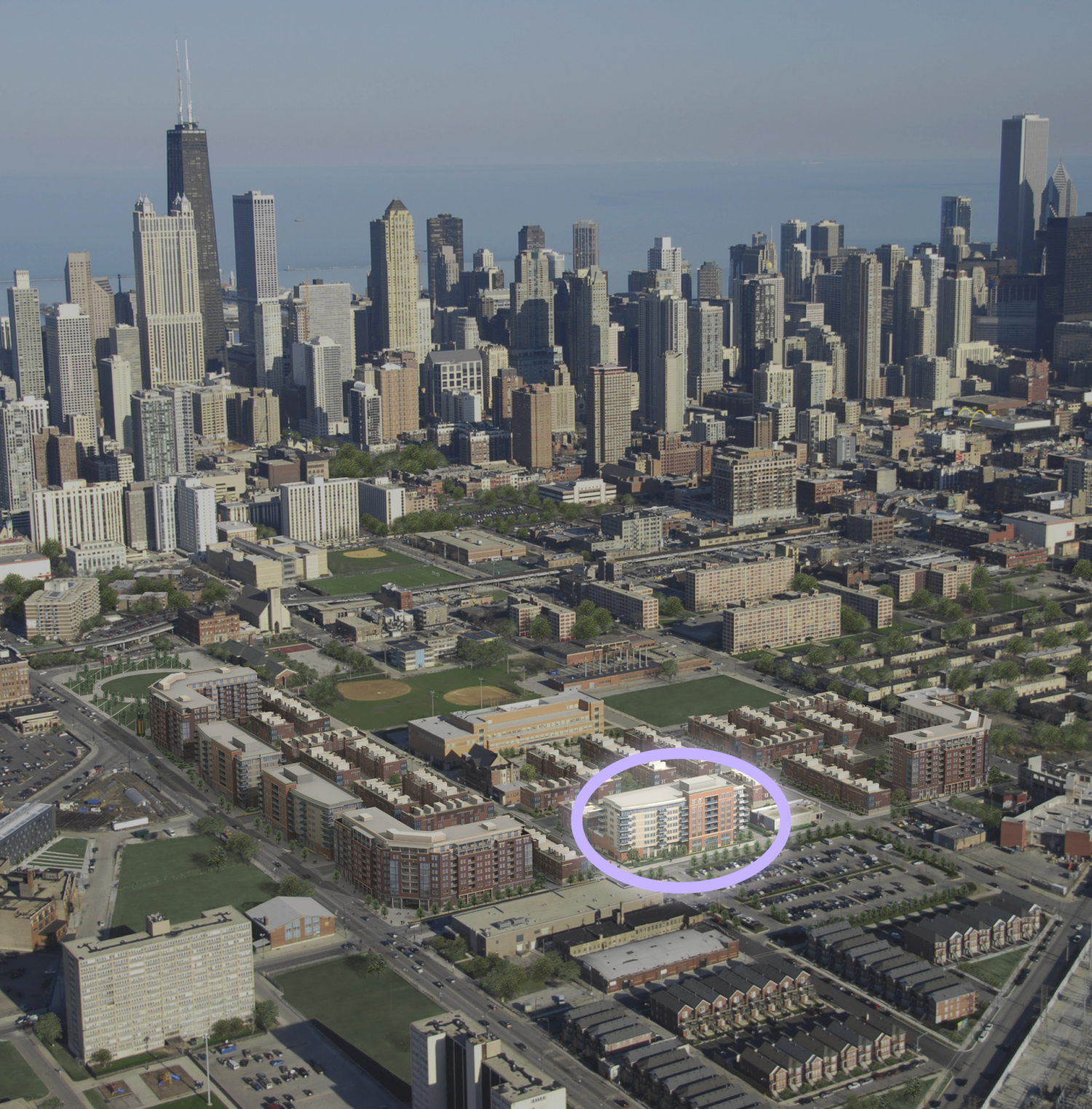 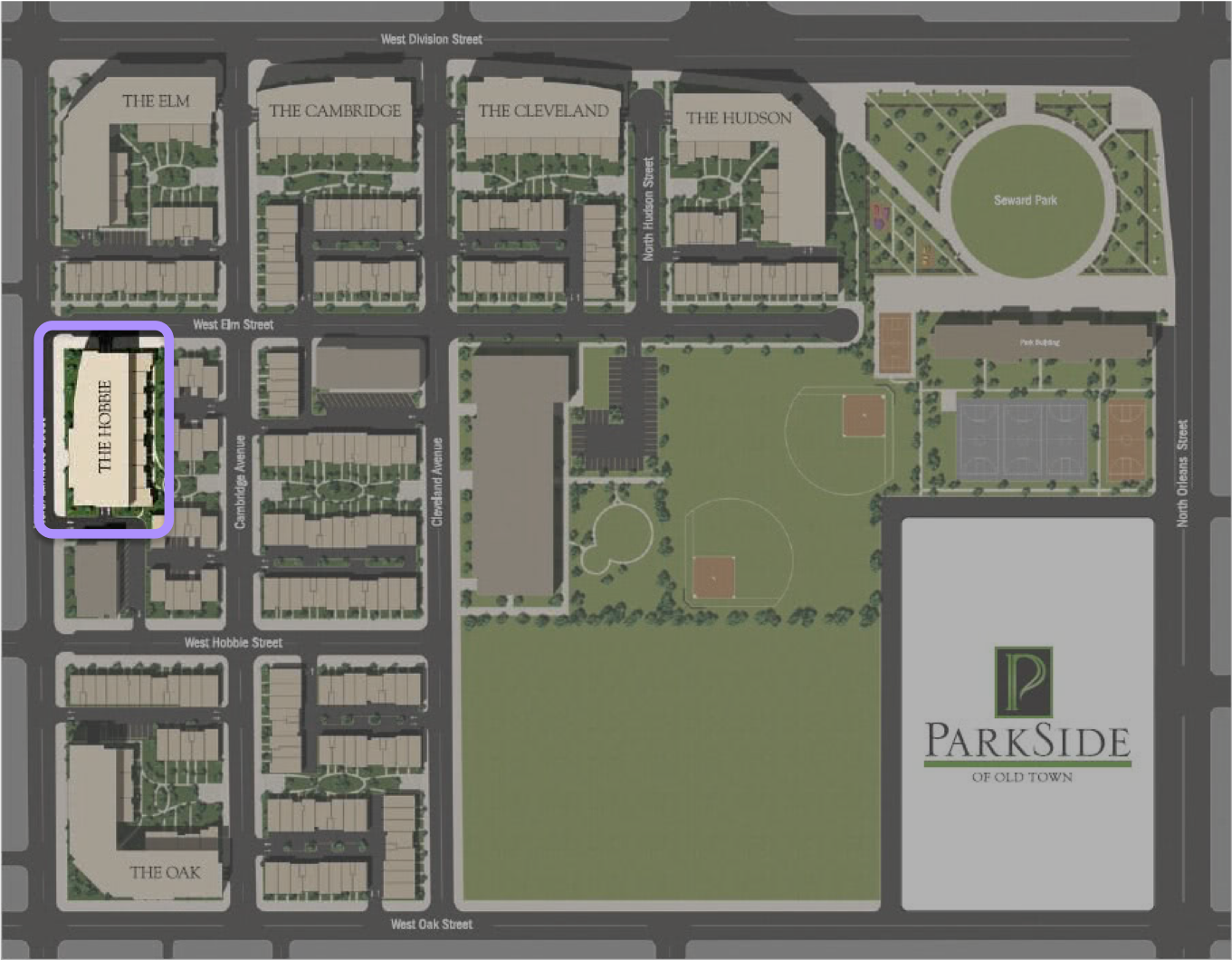 551 W Elm Street is located within four blocks of Old Town’s southwest corner, sharing a block with Holy Family Lutheran Church along N Larrabee Street. Nearby bus transit includes a two-minute walk north to the Division & Larrabee stop on route 70. The next closest bus route is a seven-minute walk northwest to the Halsted & Division stop on route 8. For rail transit, the closest CTA L access includes a 16-minute walk northeast and southeast to the respective Sedgwick and Chicago stations, serviced by the Brown and Purple Lines. Additional Blue Line access can be found via a 20-minute walk southwest to Grand station.

551 W Elm Street, prior to current construction. Via Google Maps

The 551 W Elm Street property is part of a series of previously occupying public housing buildings, known as Cabrini-Green Homes, that were completed in 1962 and fully demolished in 2011. 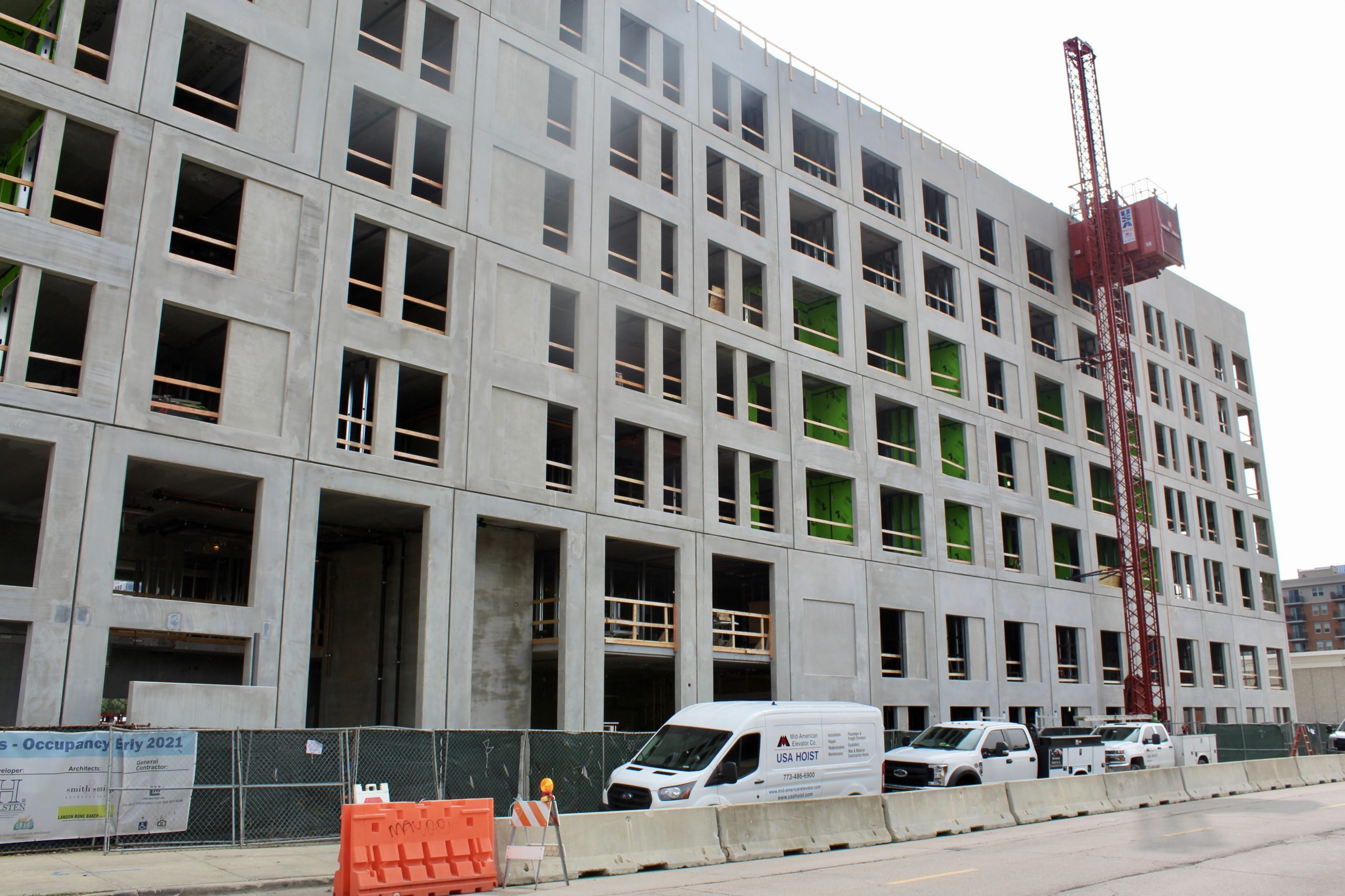 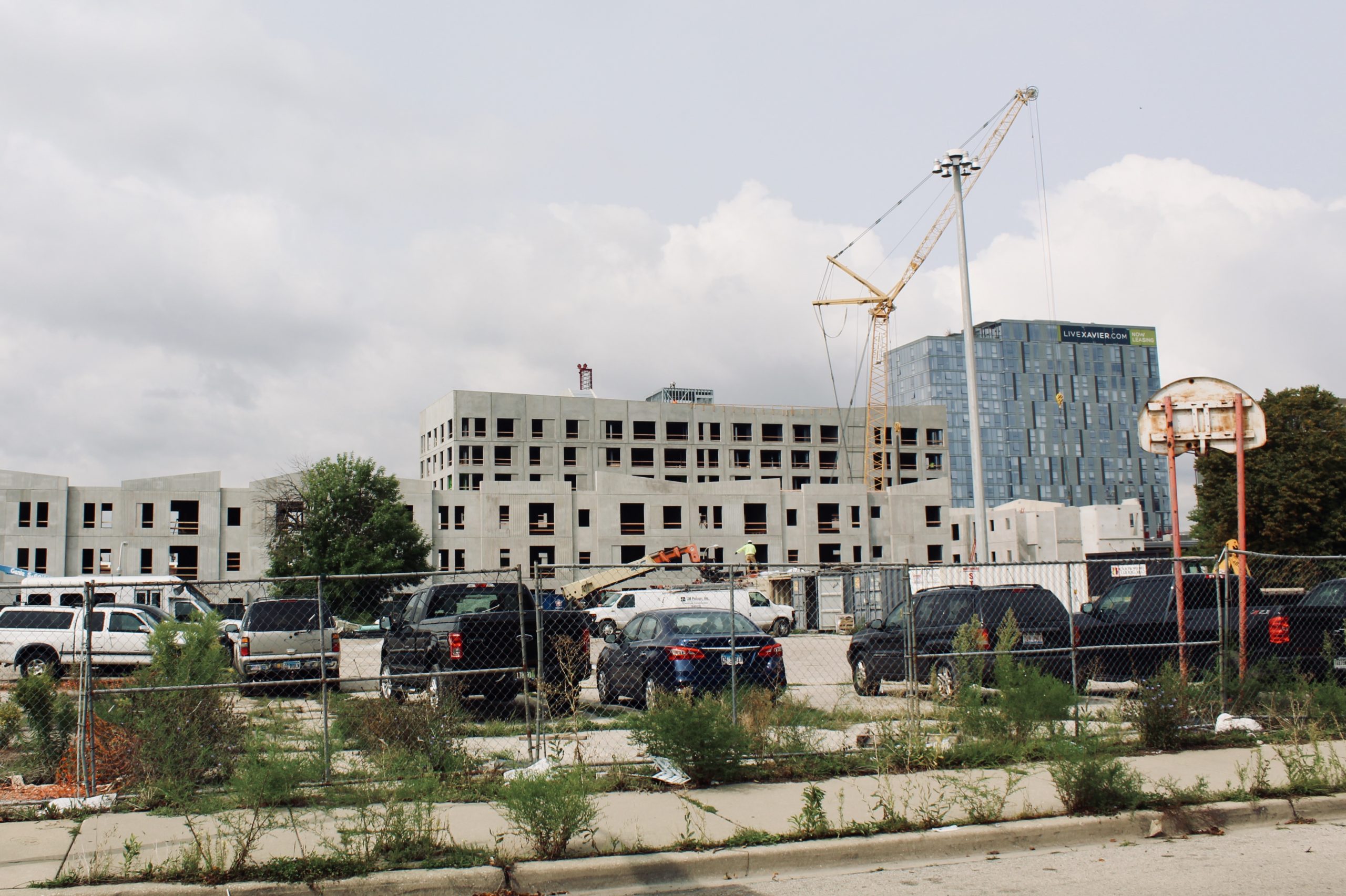 According to permits issued in December 2019, there will be 69 residential units, as well as additional office and common spaces for the tenants. Peter Landon, of Landon Bone Baker Architects, is the architect of record. While no updated renderings have been revealed for 551 W Elm Street specifically, the current progress of the structure shows distinct polygonal walls, creating a sense of depth throughout the exterior. This facade is built from modular concrete pieces, which have all since been assembled around the frame. Remaining exterior work includes a final paint finish on the placed pieces, as well as window installation.

Linn-Mathes Inc is serving as the general contractor for the projected $16.8 million development. An official completion date has not been revealed.