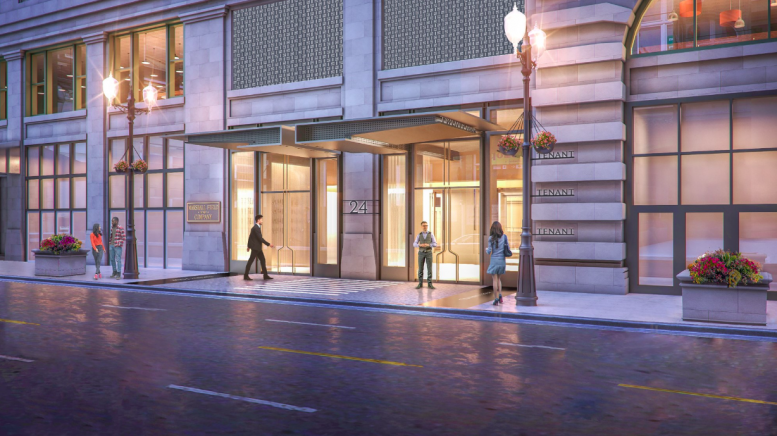 Recent photos show work being wrapped up on the conversion of The Loop‘s Marshall Field & Company building at 24 E Washington Street. When complete it will house new office space in the top six levels of its 13 floors. 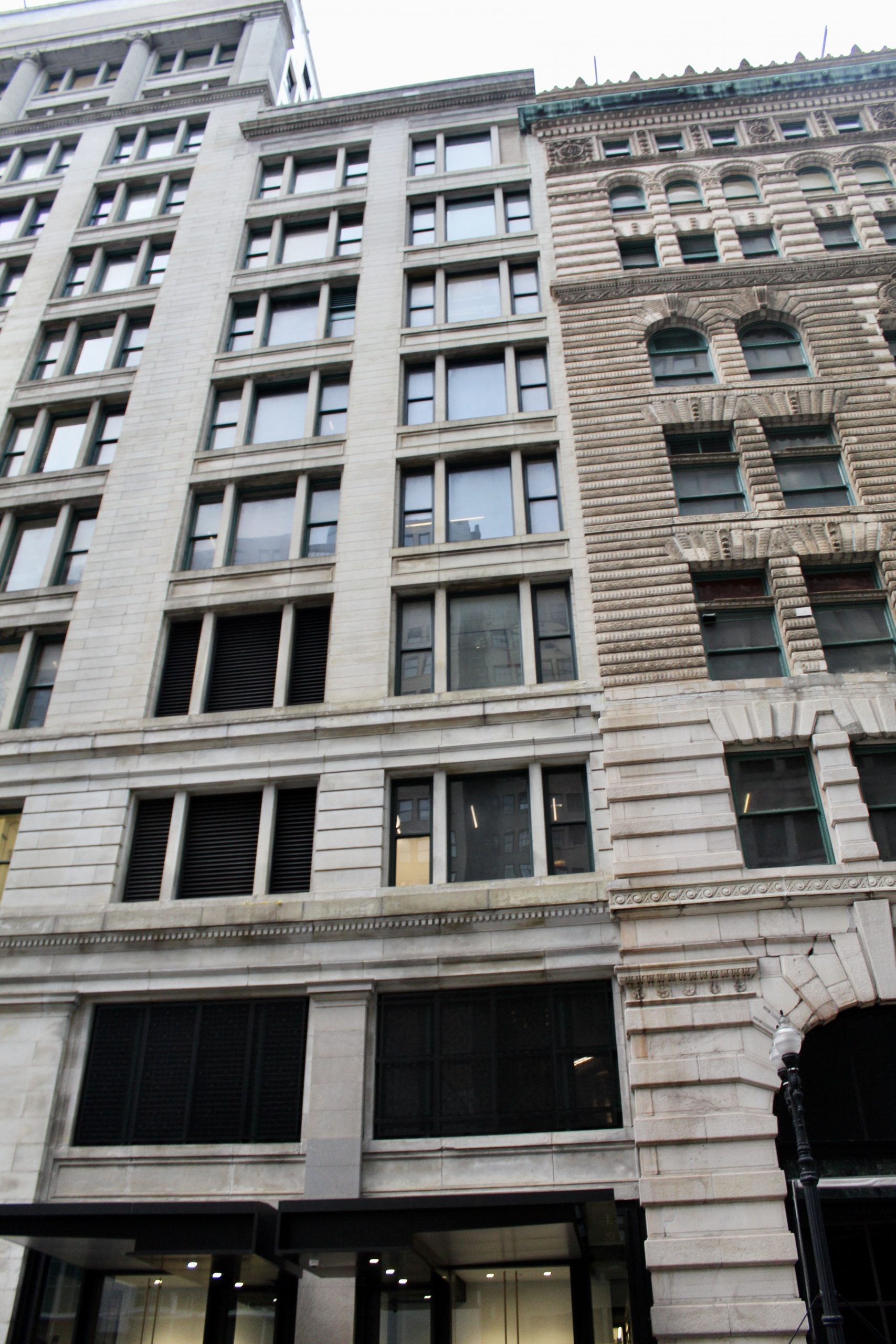 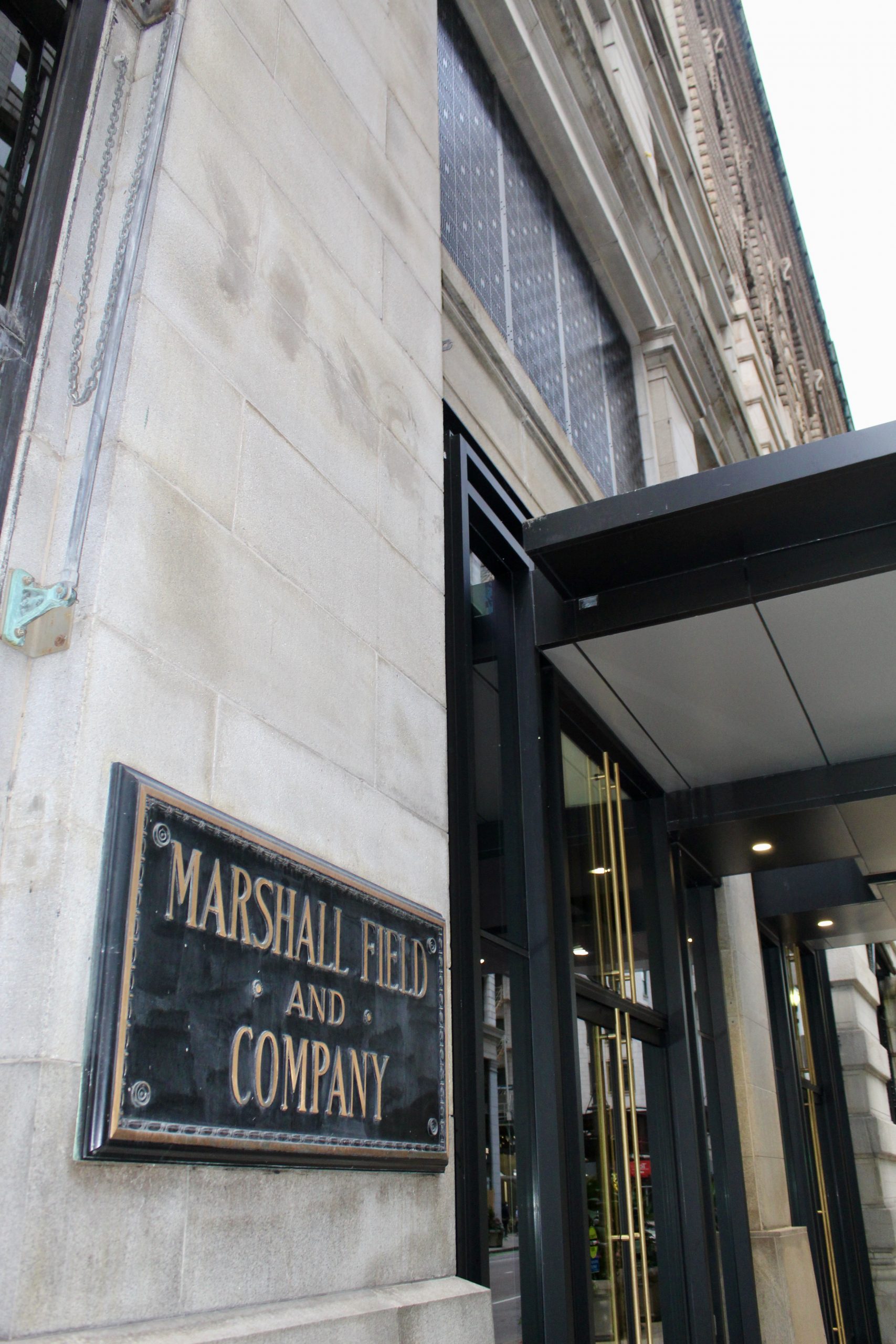 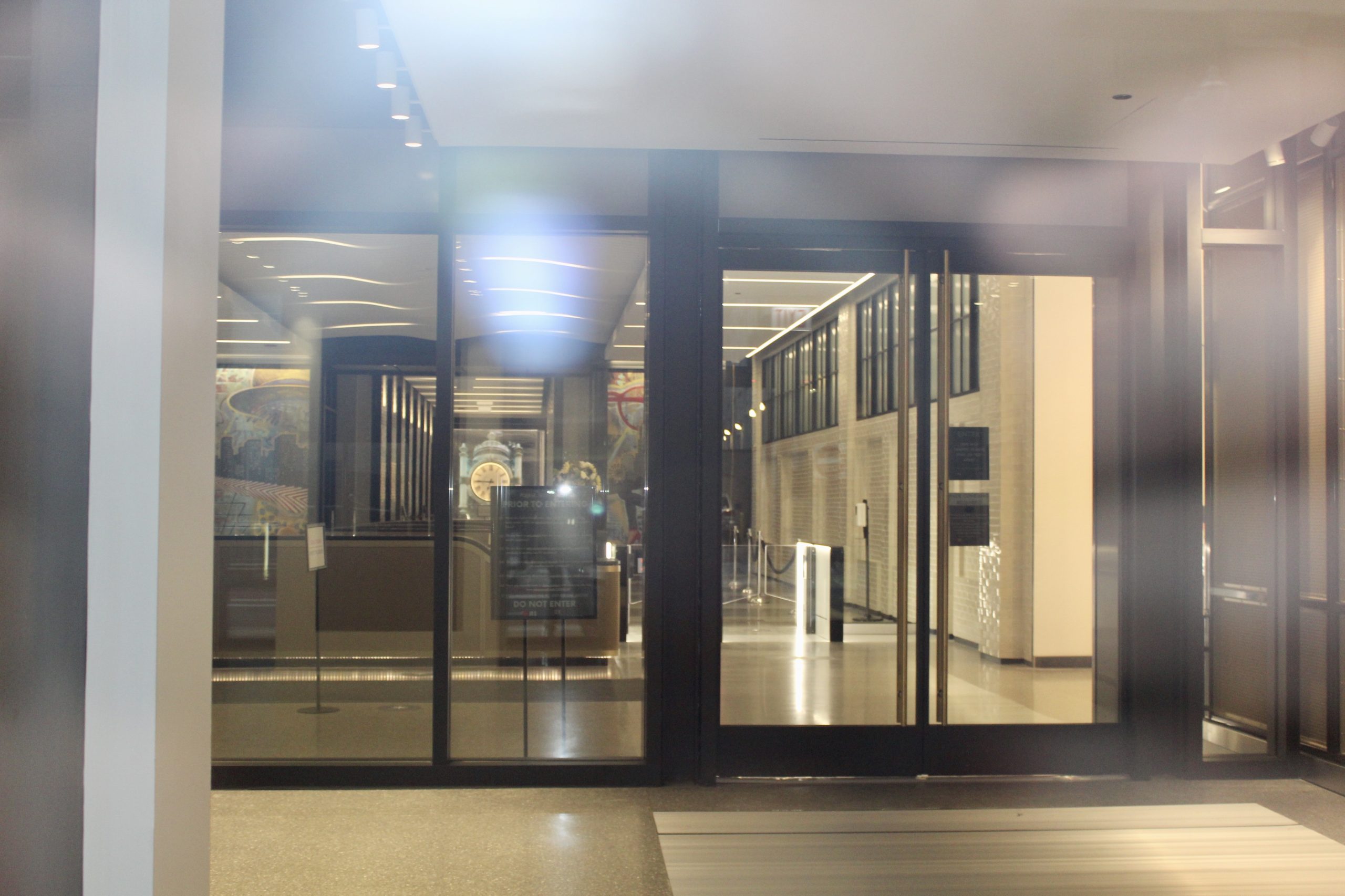 The overall building was built in multiple stages up until 1914, by then spanning an entire city block. The central 13-story granite section was designed by Chicago’s prolific Daniel Burnham, which itself was completed in two phases in 1902 and 1906. Given the structure’s overall landmark status, the conversion largely retains the original exterior. 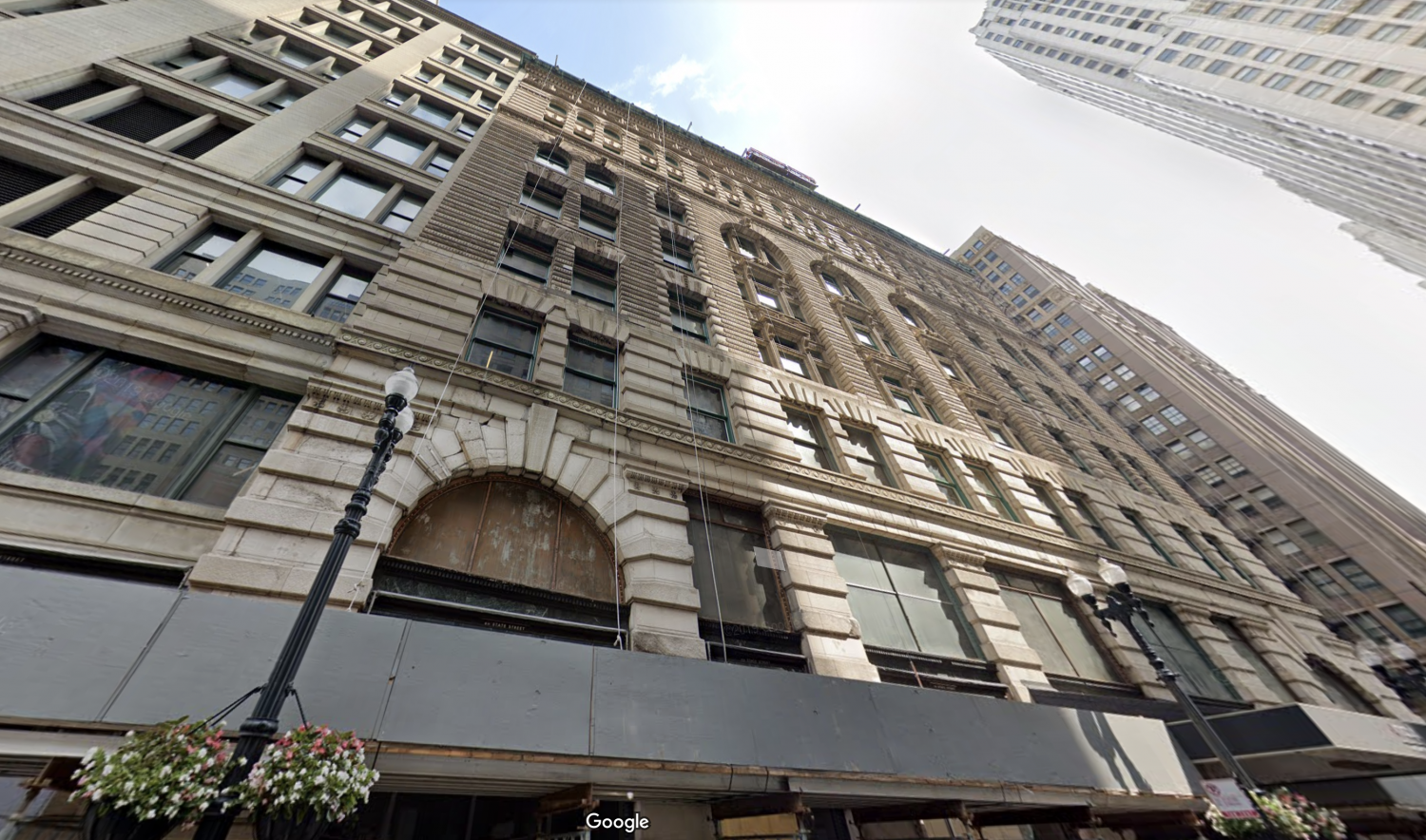 Today, 24 E Washington Street primarily houses Macy’s Chicago flagship store. Beyond Macy’s, the vicinity around the project includes a high density of retail options like Sephora, Nordstrom Rack, and the Block 37 mall. Additionally, Jewelers Row with a variety of retail options can be found just to the east of the building along S Wabash Avenue. Bus access includes multiple routes at the adjacent Washington & State intersection. There is also a selection of CTA L transit options nearby, including Washington/Wabash station just adjacent to the property, serviced by the Brown, Green, Orange, Pink, and Purple Lines. Further from the site is Washington station serviced by the Blue Line, as well as Lake station serviced by the Red Line.

The developer, Brookfield Properties, has carved out and re-designated 740,000 of the structure’s 1.5 million square feet, according to Commercial Property Exectutive. Leasing and marketing firm Telos also indicated that the building will include large floor plates of 110,000-130,000 square feet, as well as amenities that include a private lounge for tenants, a basketball court, a spin room, a garden, a large conference center, a fitness center, and a rooftop terrace.

Lamar Johnson Collaborative is behind the designs of the conversion. The firm’s principle domain for this project is the interior, which includes classical inspiration of the building and neighborhood, integrated with modern finishes to create a well-rounded design that both reflects and complements the original classical revivalist style.

Clayco is the general contractor for the project, which was initially poised to cost “hundreds of millions” of dollars, according to the Chicago Tribune. While construction was originally expected to be completed in the first quarter of 2020, the project’s full delivery was pushed back several months.