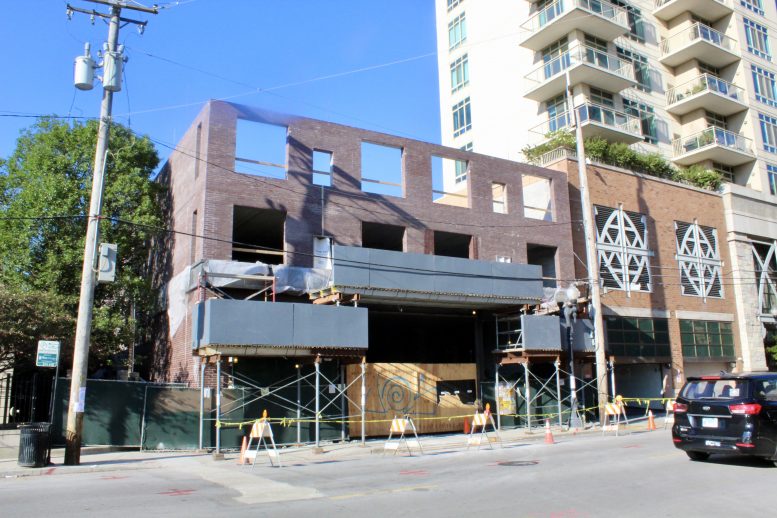 The development sites on the block bound by the CTA L Brown and Purple Lines to the west, the major Old Town Park residential complex to the south, and the commercial corridor of N Wells Street to the east.

The Domain Group bought the 21,000-square-foot restaurant in 2018 for $6 million, according to Bisnow. Sammy’s announced that it was moving to 1241 N Clybourne Avenue just a few blocks west.

The Real Deal reported in 2018 that The Domain Group was planning a 105,000-square-foot building with micro-apartments for the site, predominantly one-bedrooms and studios. Although the official height has not been listed, zoning for the site allows up to a 70-foot-tall development. Despite prior reports of a six-story structure, more recent permits issued indicated a seven-story edifice with 89 units.

The project’s architect and renderings have not been revealed, although construction photos indicate that the building will have a brick facade with high ceilings spans on the ground floor.

No official completion date has been announced, though the current pace of construction suggests an opening in 2021.