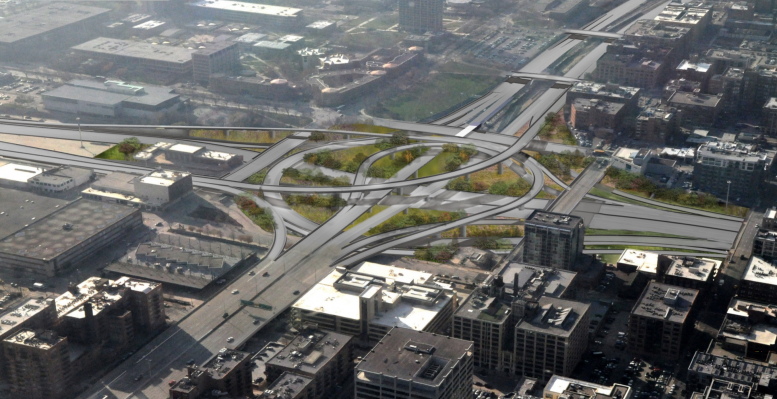 Construction is nearly two-thirds complete for the infrastructure improvements on the Jane Byrne (formerly Circle) Interchange, near the southern edge of West Loop. 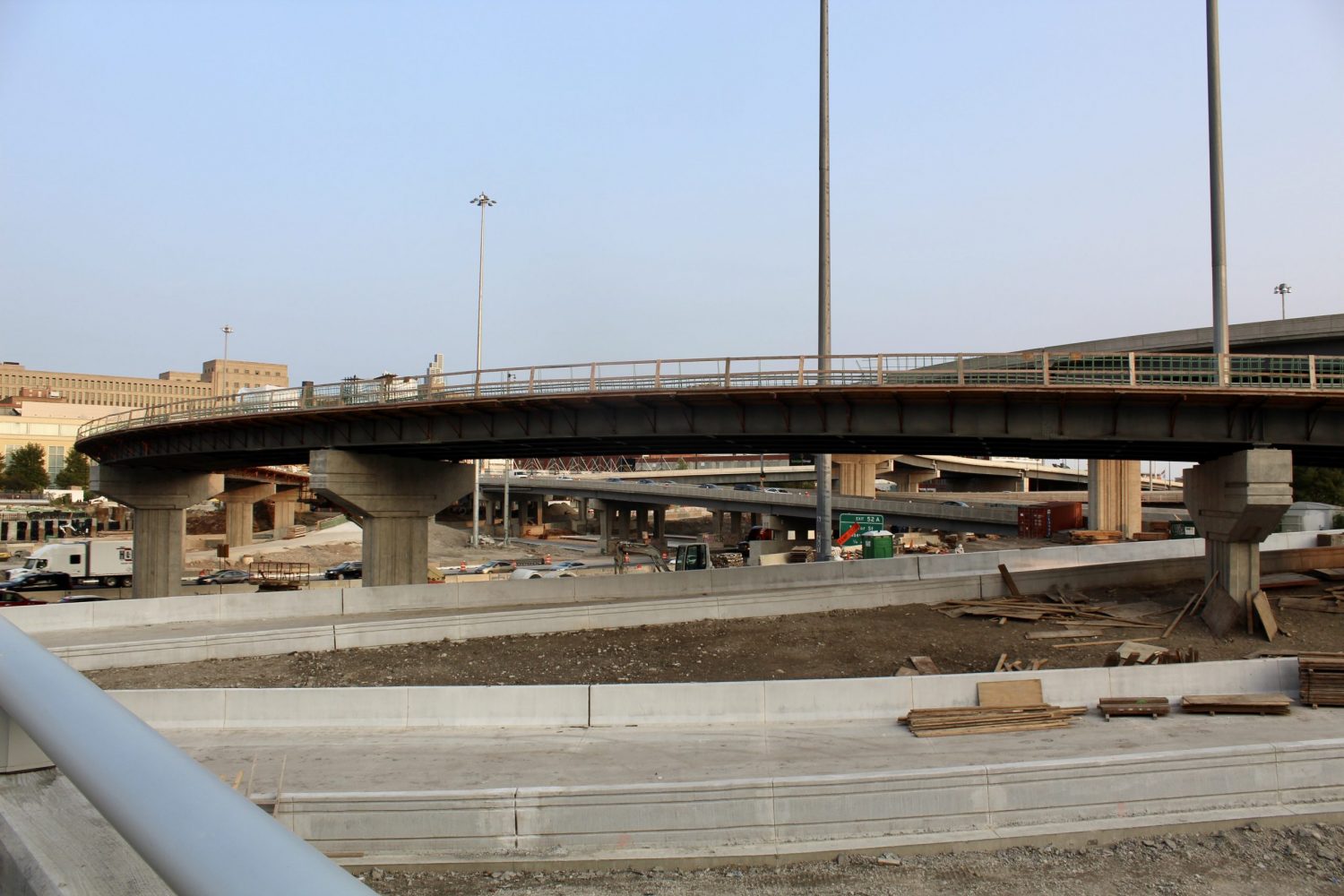 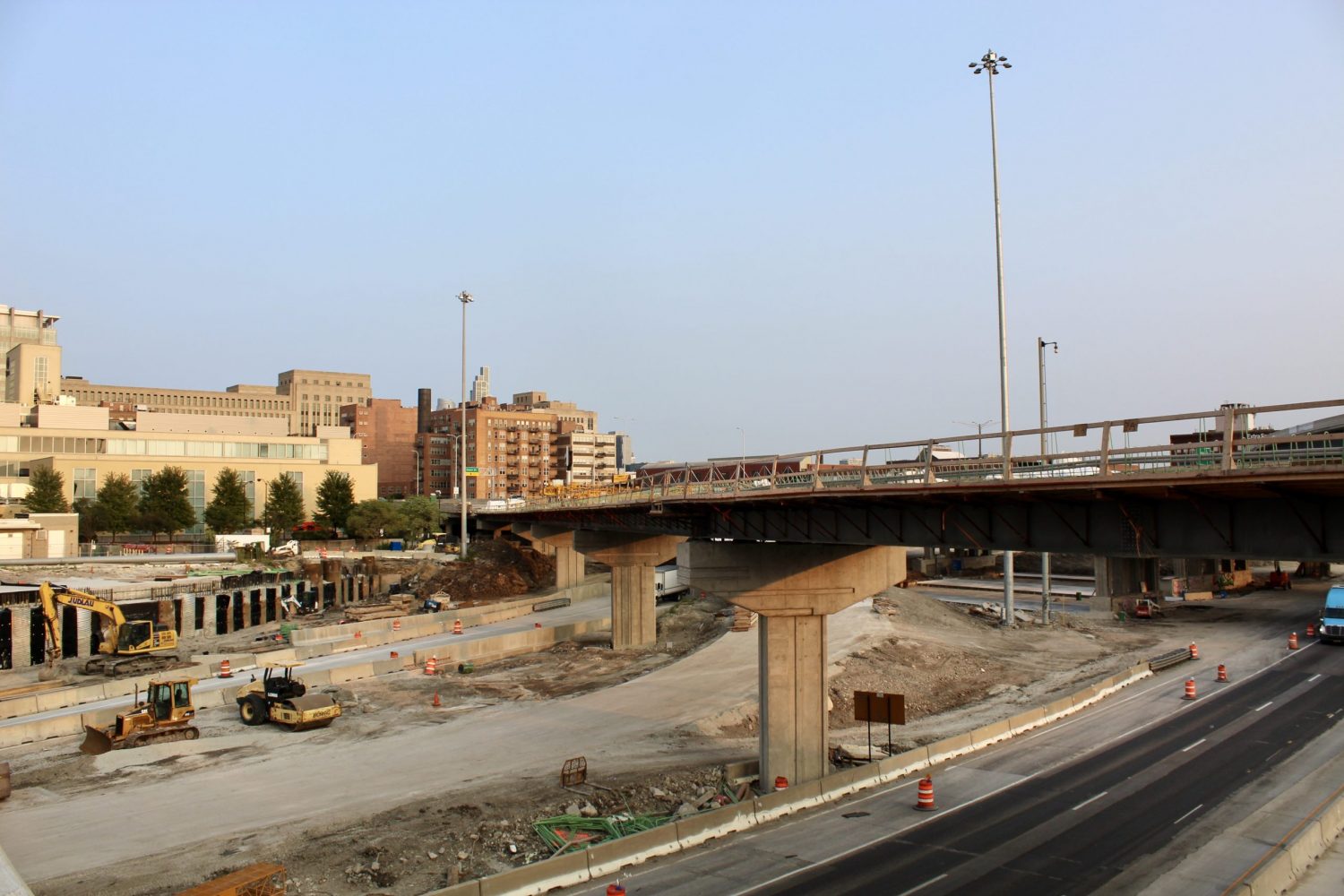 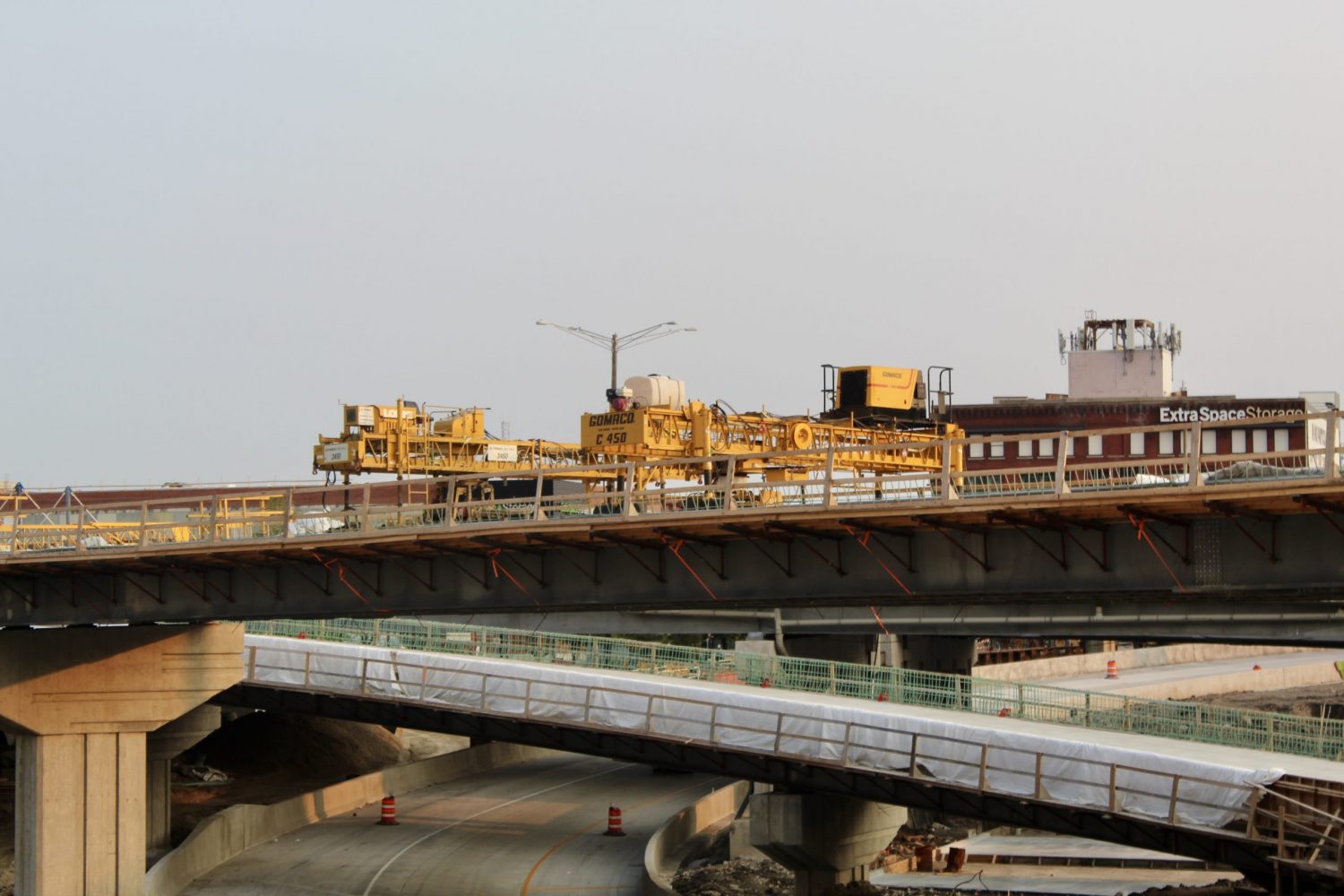 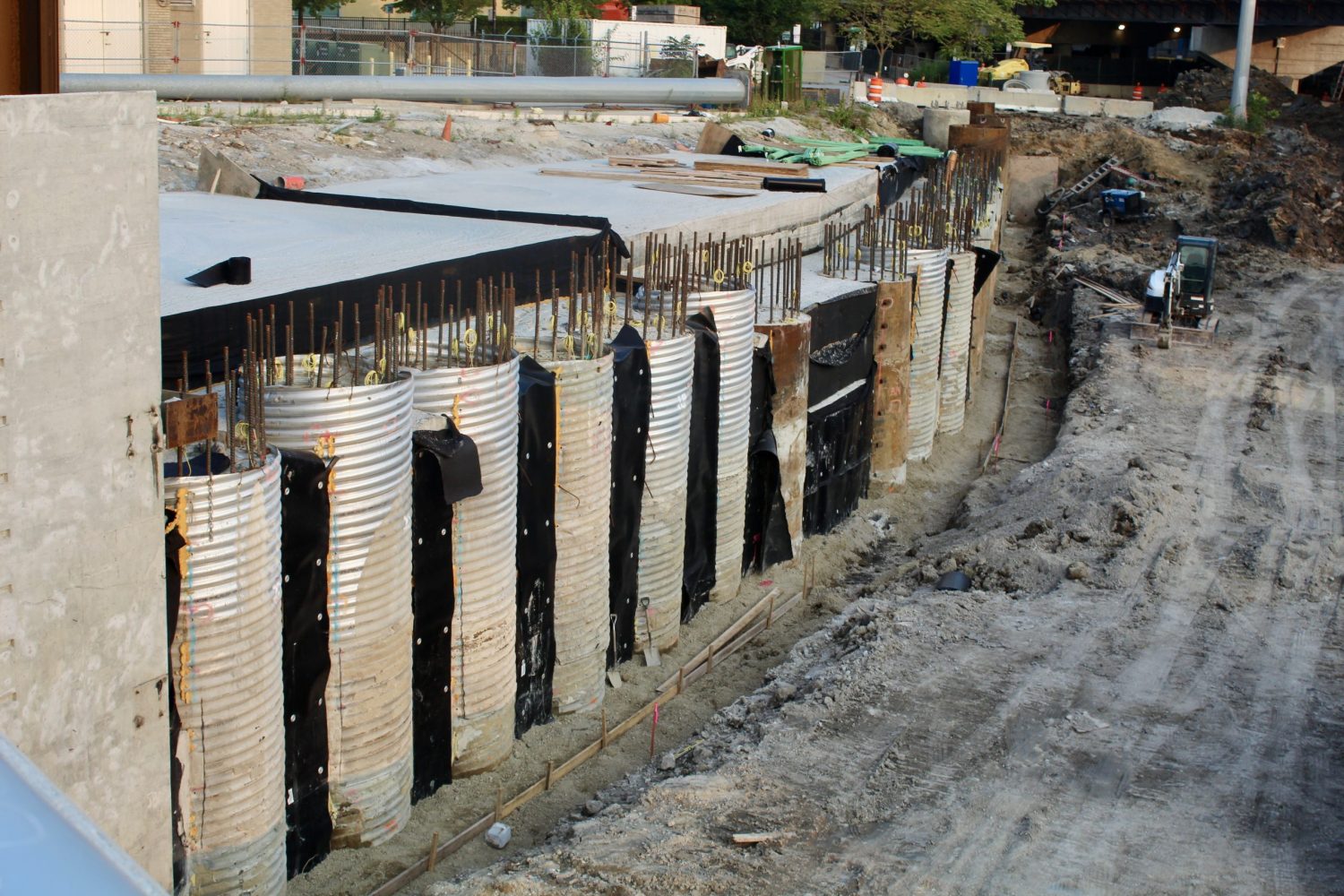 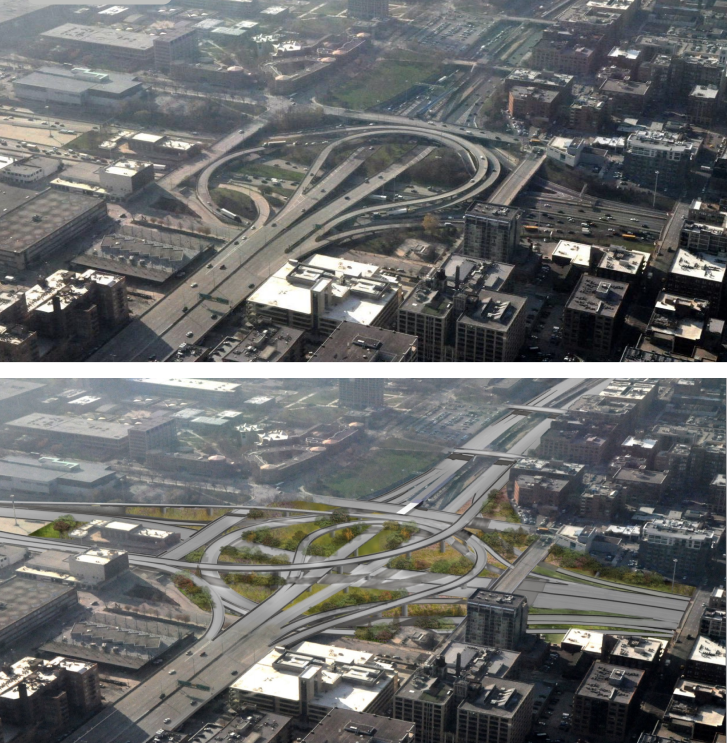 The structure lies at the corners of multiple neighborhoods, including Greektown to the northwest, West Loop Gate to the northeast, Near South Side to the southeast, and Little Italy and University of Illinois at Chicago to the southwest.

Nearby bus access includes a series of stops around the interchange’s bordering streets, including Van Buren & Halsted for route 126, UIC-Halsted Blue Line station for route 8, and Des Plaines & Harrison for routes 36 and 125. For rail transit, the CTA L Blue Line can be accessed by either a three-minute walk west to UIC-Halsted station or a three-minute walk east to Clinton station. 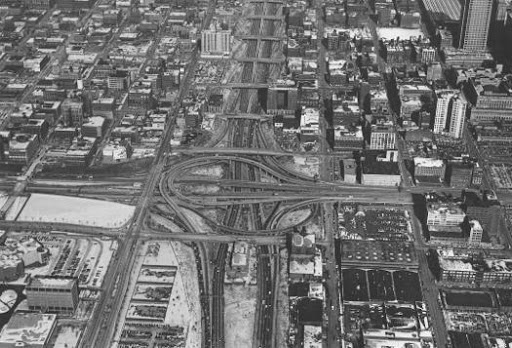 1973 photo of former Circle Interchange. Photo from Encyclopedia of Chicago

Initially completed in 1962, the originally named Circle Interchange, dubbed colloquially as “Spaghetti Bowl,” began seeing heavier congestion in the following decades. The Illinois Department of Transportation began reviewing and planning in 2012, with official construction beginning in 2014. The interchange also had a ceremony in 2014 to dedicate the interchange to Jane Byrne, former Chicago Mayor and first female mayor elected to a major US city. Dynasty Group, EJM Engineering, HBM, Site Design Landscape Architects, and TransSystems are all involved in the project.

Per the project website, 10 of the 17 upgrades planned for the interchange have been completed, which include new bridges for streets like Van Buren and Taylor, as well as a new entrance for the UIC-Halsted station. The transformation is expected to span a decade from start to finish, with an official completion date projected for 2022.