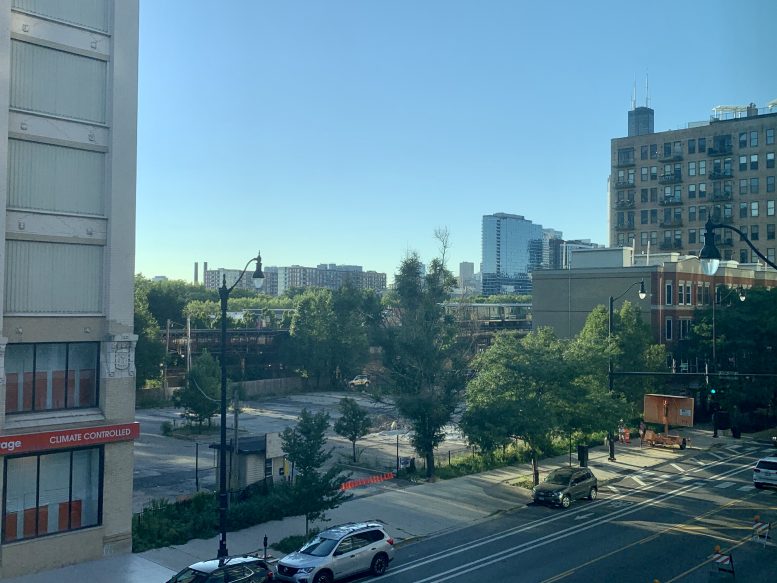 CMK Development, the developer of the Riverline‘s southern portion, purchased a parcel of land at 1400 S Wabash Avenue in South Loop this past April. 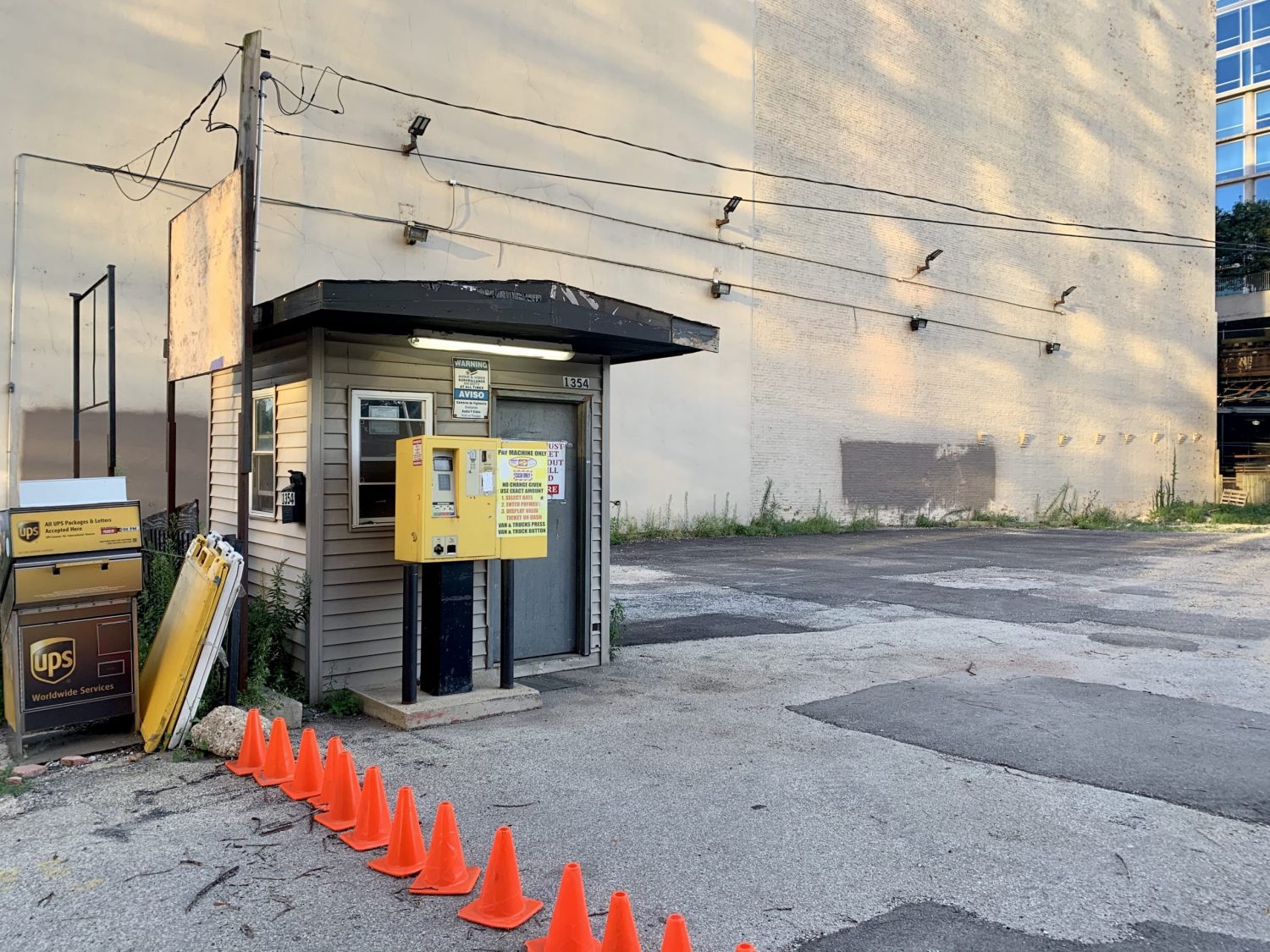 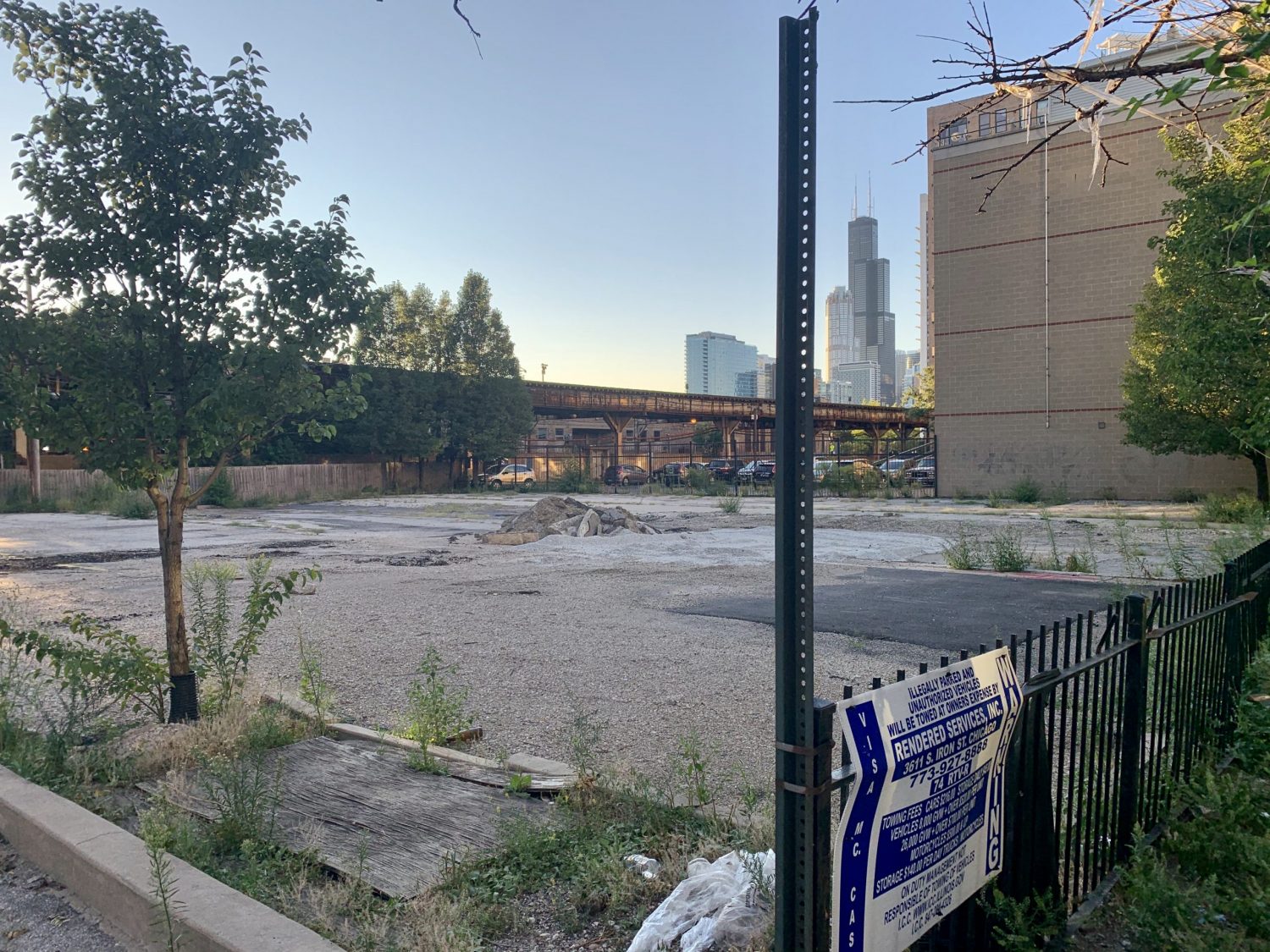 According to Crain’s, the site was purchased for $5.9 million from American Landmark Properties. The previous owner had begun planning for a residential development in 2016, but ultimately decided to sell instead. 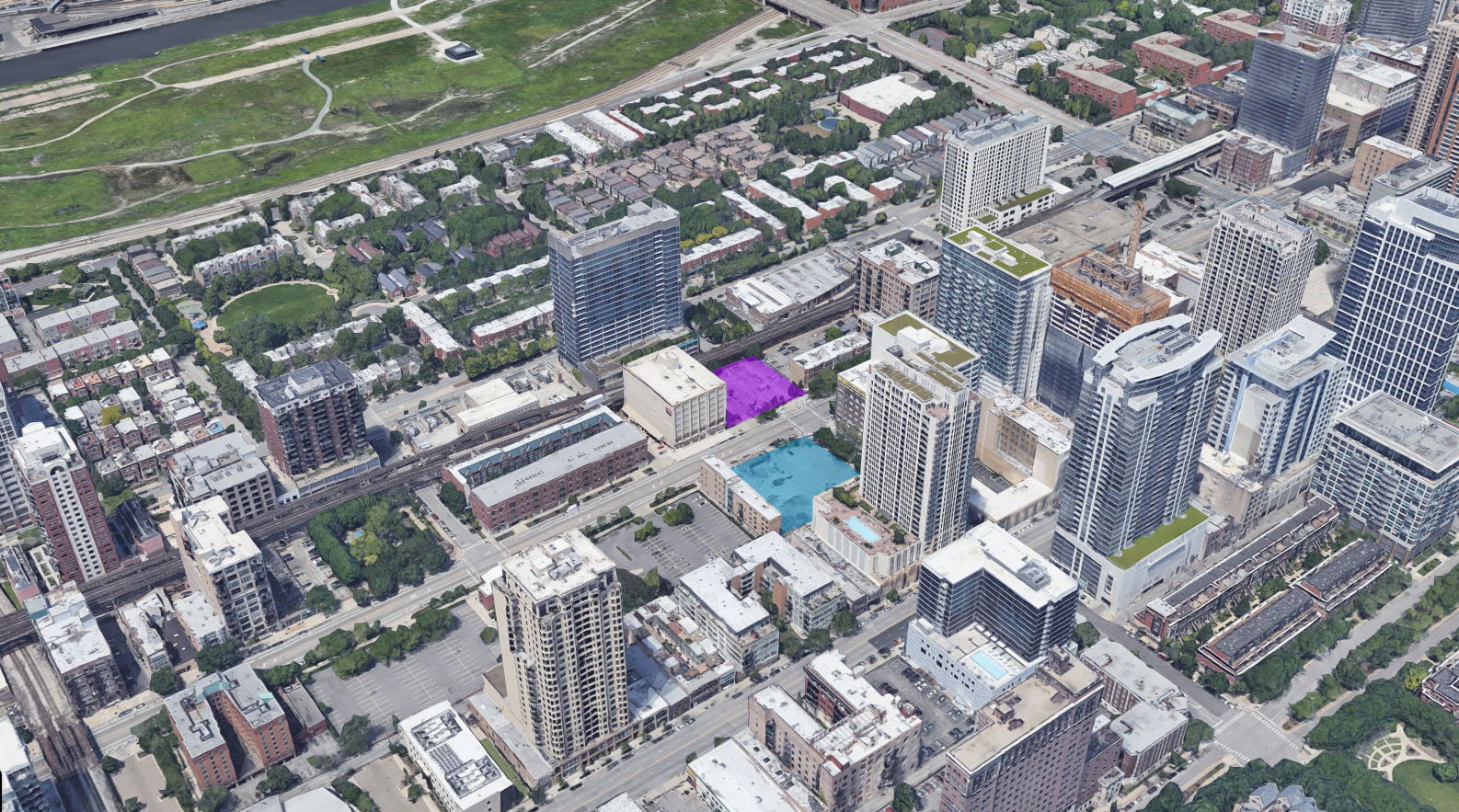 The site would allow for 296 apartment units, just 35 more than that of the neighboring Coeval apartment complex, also developed by CMK and completed this past year. While no height or floor count has been indicated for the new project, the similarly-sized Coeval project stands 14 floors.

Local transit offers a variety of options, including nearby bus routes 1, 3, and 4 at Michigan & 14th street which is a two-minute walk east, as well as Routes 29 and 62 at State & 13th which is a four-minute walk northeast. The nearby CTA L Roosevelt Station, serviced by the Green, Orange, and Red Lines, is a seven-minute walk north to the Wabash & Roosevelt intersection. Also at this intersection is a Divvy station in addition to adjacent bike lanes.

Updated August photos show an unused and partially excavated parking lot. The existing parking kiosk and on-site trees still stand. Architect Lucien Lagrange was involved in designs while American Landmark Properties planned to develop the lot. However, with CMK now as the owner, it is unclear if Lagrange will remain architect. No completion date has been announced and permits have yet to be filed.