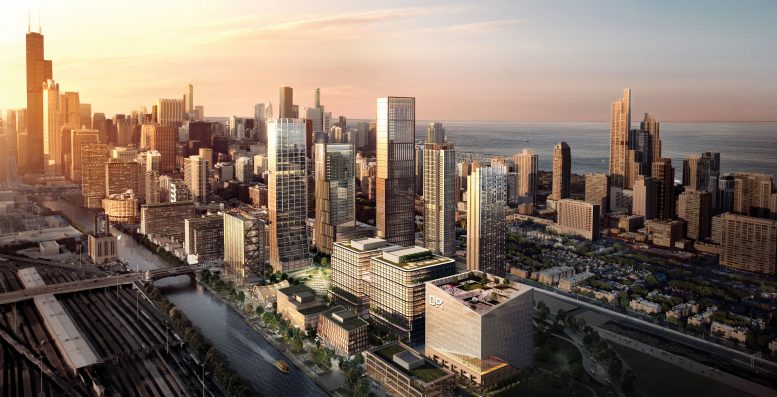 The 78. Rendering by SOM

YIMBY has updated photos for The 78, a mega mixed-use development underway in Near South Side.

Set to establish itself as Chicago’s 78th community, the 62-acre, 13 million-square-foot project will replace a plot that has sat empty for decades with a variety of office, residential, public, and research space. Developed by Related Midwest and masterplanned by Skidmore, Owings & Merrill, the latest renderings show a vibrant mix of architectural design elements, departing from any semblance of the standard large-scale office parks. 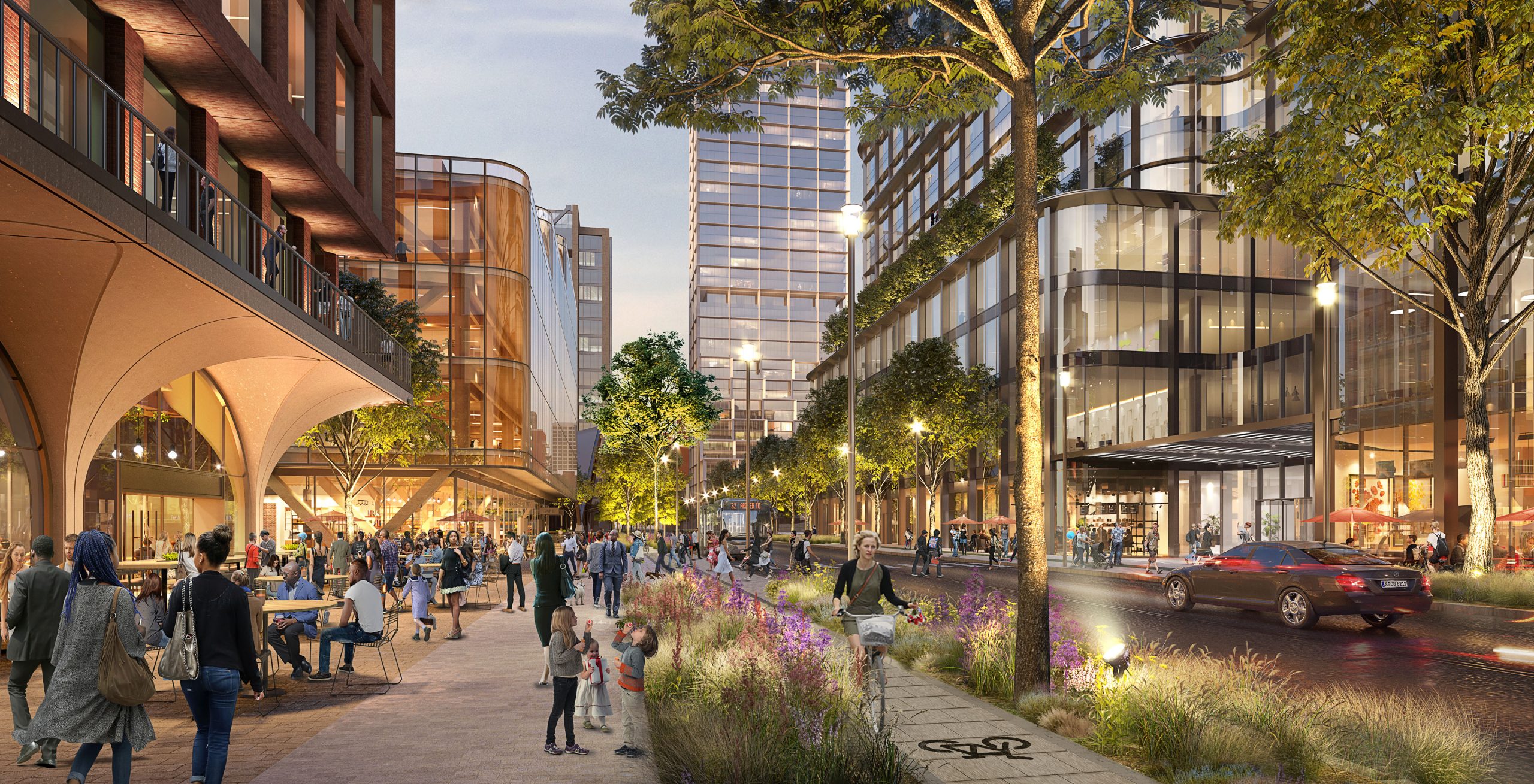 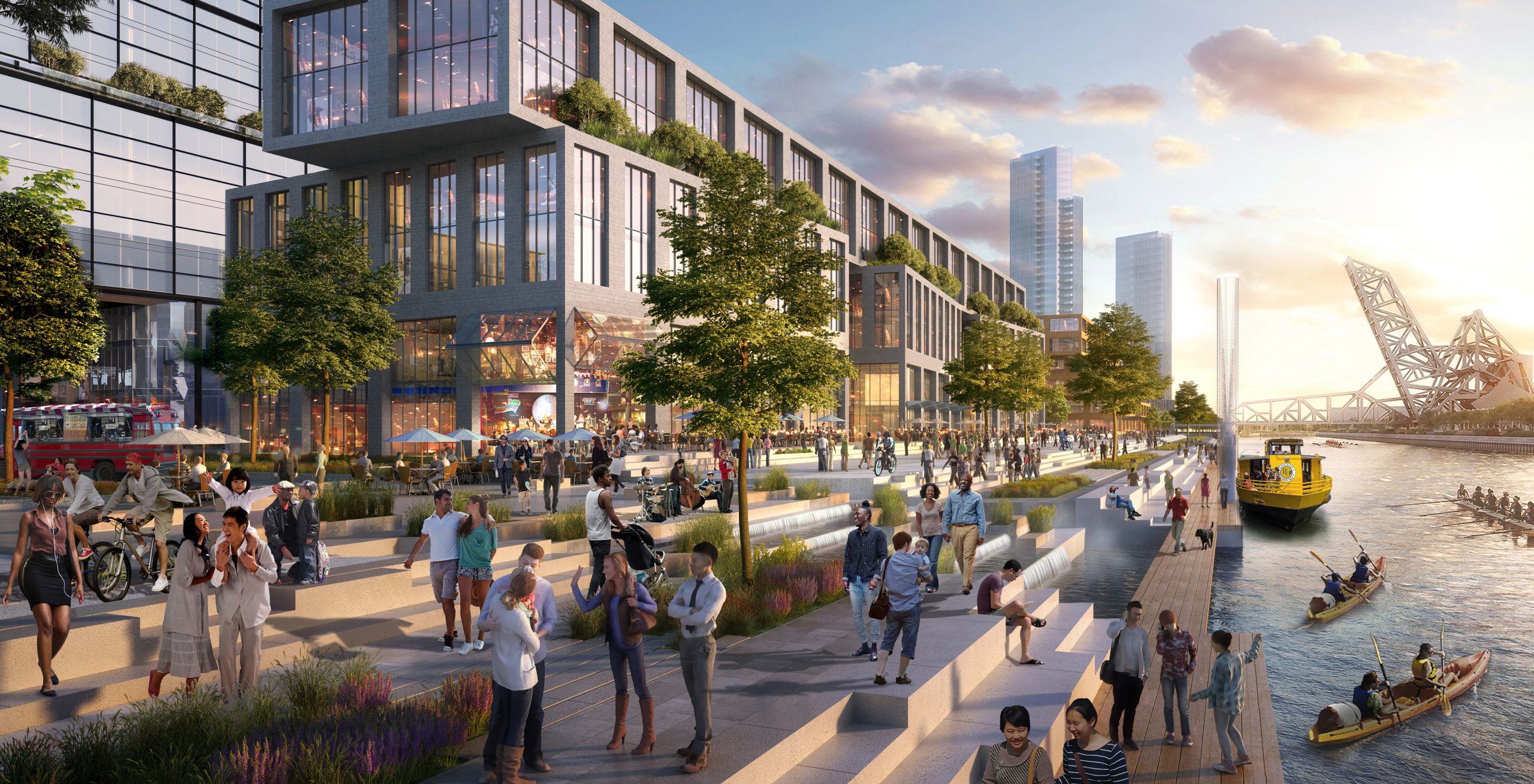 The 78’s half-mile of waterfront, facing south. Rendering by SOM 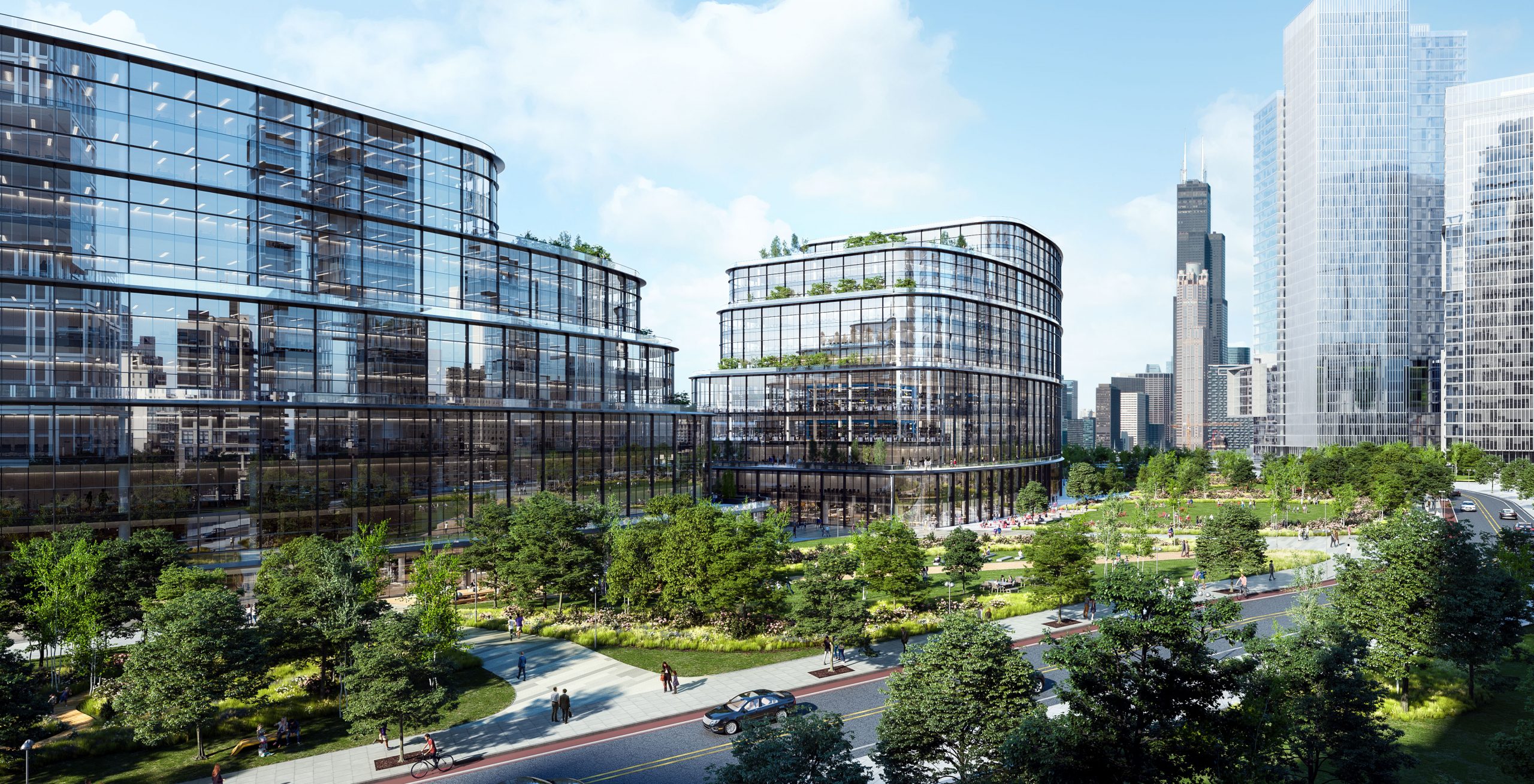 A planned corporate office at The 78. Rendering by SOM 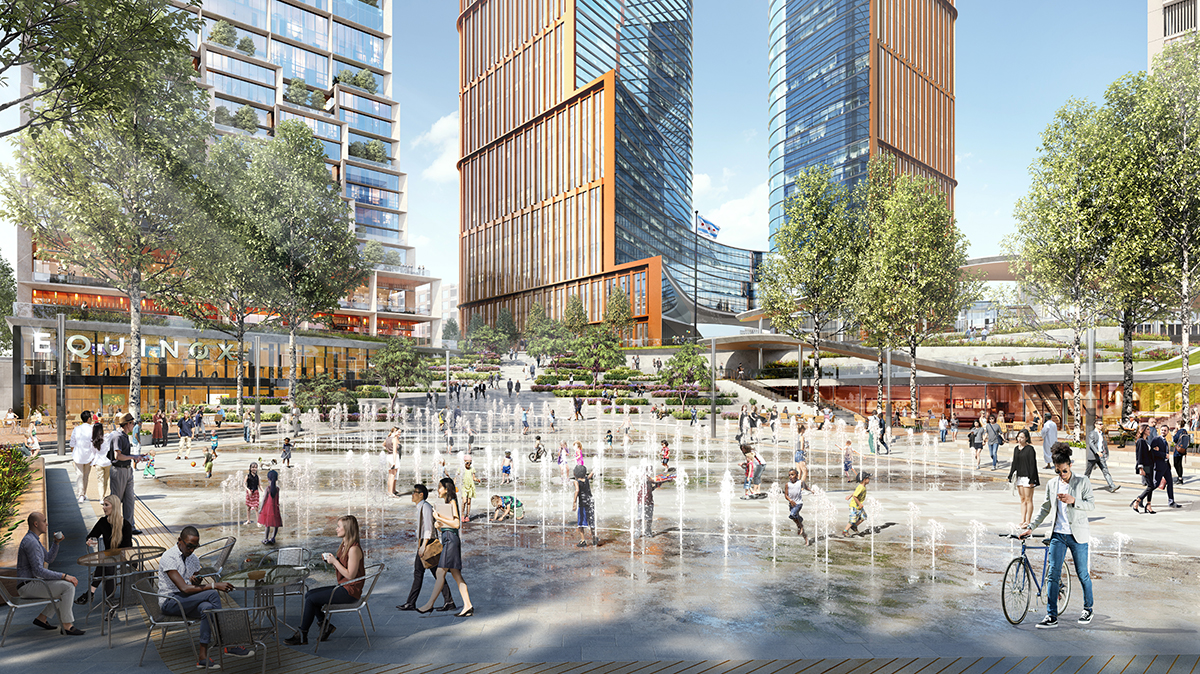 A view of The Forum area, facing northeast. Rendering by SOM

The 78. Masterplan by SOM

According to the 78’s marketing website, the development will integrate LaSalle and Wells Streets into its masterplan, with Wells providing a long-needed artery between Chinatown and Downtown. Apart from the approximately two dozen new buildings, the acreage will include a substantial amount of outdoor space, including a half-mile promenade along the Chicago River, the expansive Crescent Park (whose scale is on par with Millennium Park), and The Forum, a plaza located underneath the skybridge-connected Gateway Towers.

Several transportation options reside nearby, though more will likely be added within the grounds themselves. Three bus stops lie adjacent to The 78 along both W Roosevelt Road and N Clark Street, and are serviced by the 12, 18, 24, and 62 Buses. CTA L transportation includes a five-minute walk east from the northwest corner and a 15-minute walk from the southeast corner to Roosevelt station, serviced by the Green, Orange, and Red Lines. According to Block Club Chicago, a future stage will include the addition of a CTA Red Line station at Clark Street and 15th Street. 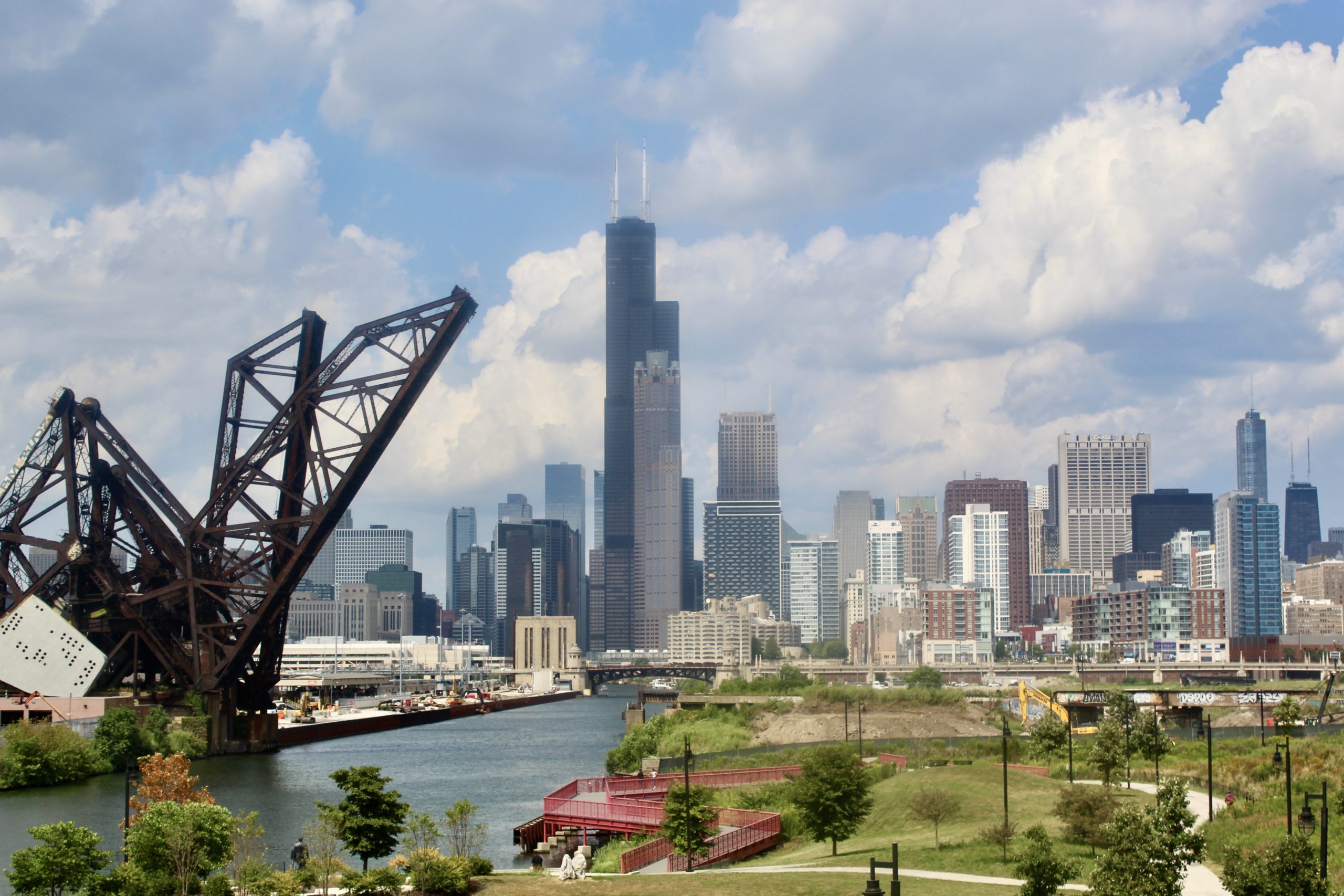 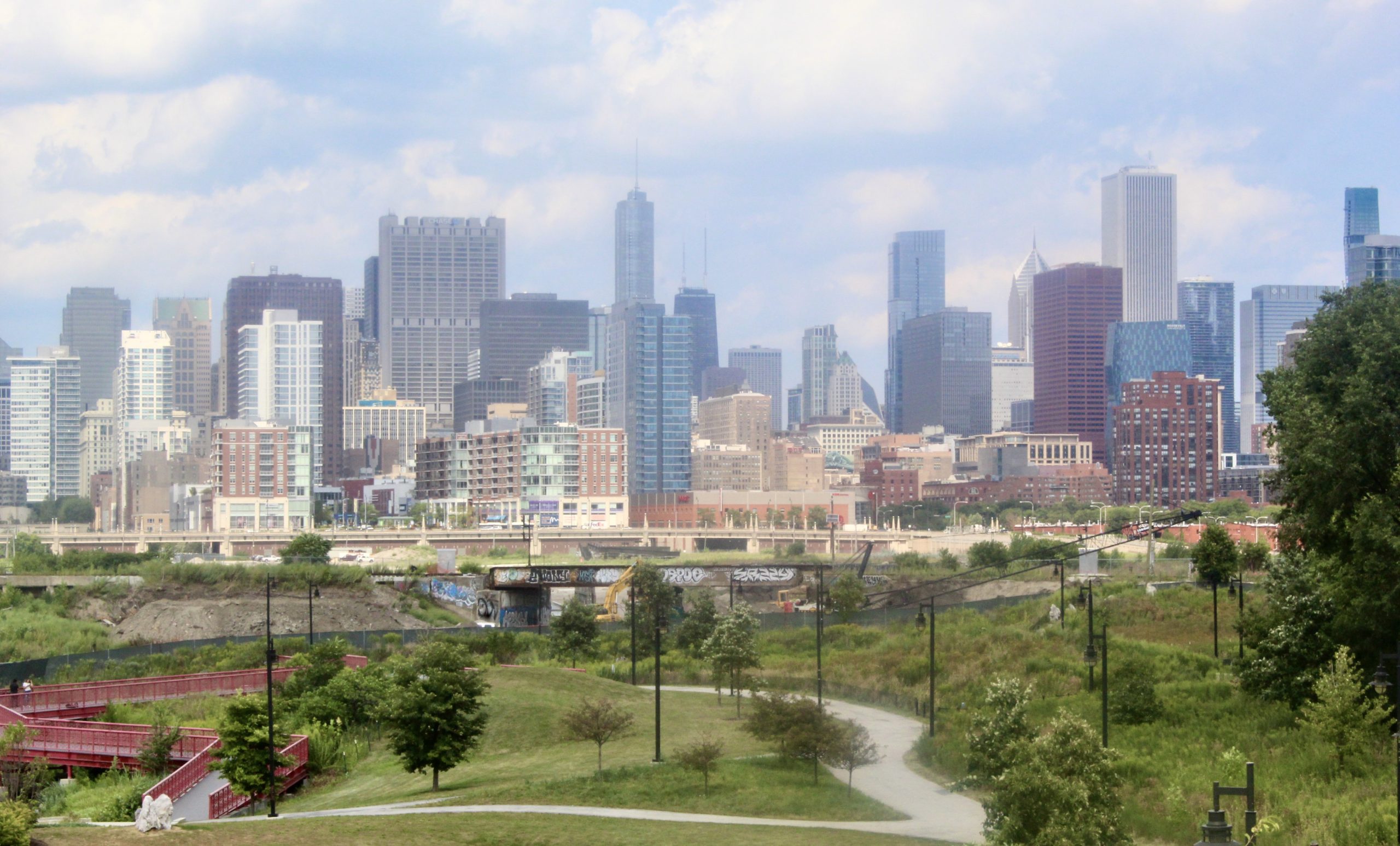 Construction work is currently focused on the infrastructure, including most notably the extension and integration of Wells and LaSalle Streets with the project. Other tasks include renovating the currently barren west side of Clark Street, which will run adjacently east of the development, adding 13th and 15th Streets perpendicular to Wells and LaSalle Streets, and making MTA track upgrades. 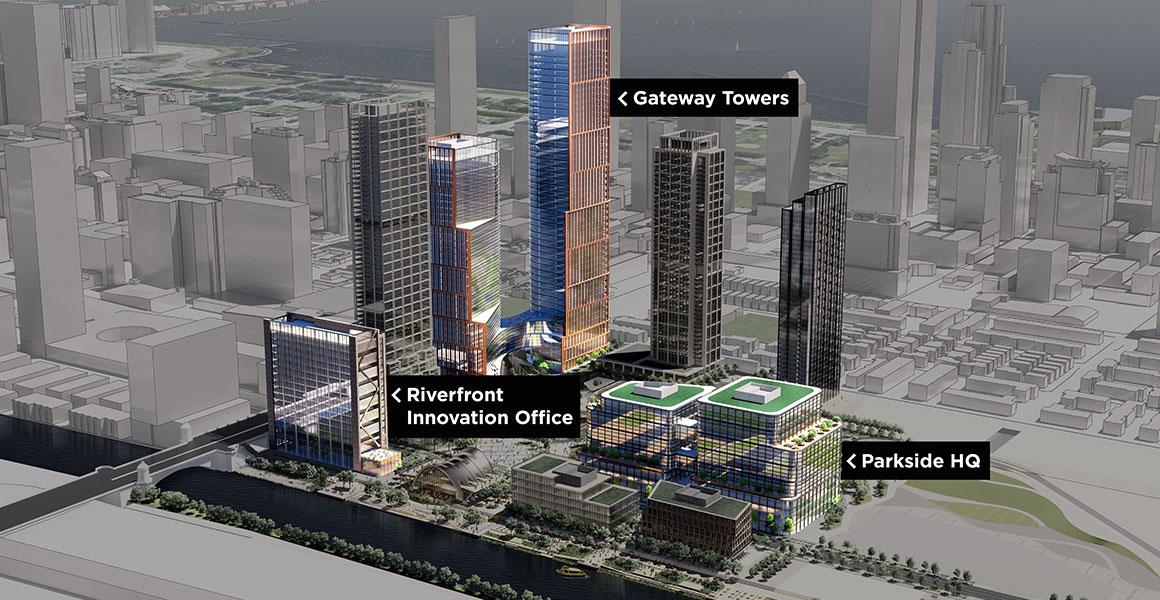 A view of the Phase I projects, which includes sub-projects like Gateway Towers, a park, and and a mixed-use innovation office along Roosevelt. Rendering courtesy SOM

Crain’s reported this past February that Related planned to break ground on the first phase of development by early next year, alongside the currently underway infrastructure construction. Within this first phase, Related plans a collection of low-, mid-, and high-rises in the northern half of the site. Construction work will also include the Discovery Partners Institute further south, which will be a research and innovation center run by the University of Illinois.

All of Phase I, including the current infrastructure projects, is expected to be completed in 2024. While an exact completion date for the remaining 10 million square feet of space is not set, Related has indicated a window ranging from 2030 to 2040, according to Curbed.

Be the first to comment on "Infrastructure Work Continues on The 78, a 62-Acre Development in Near South Side"