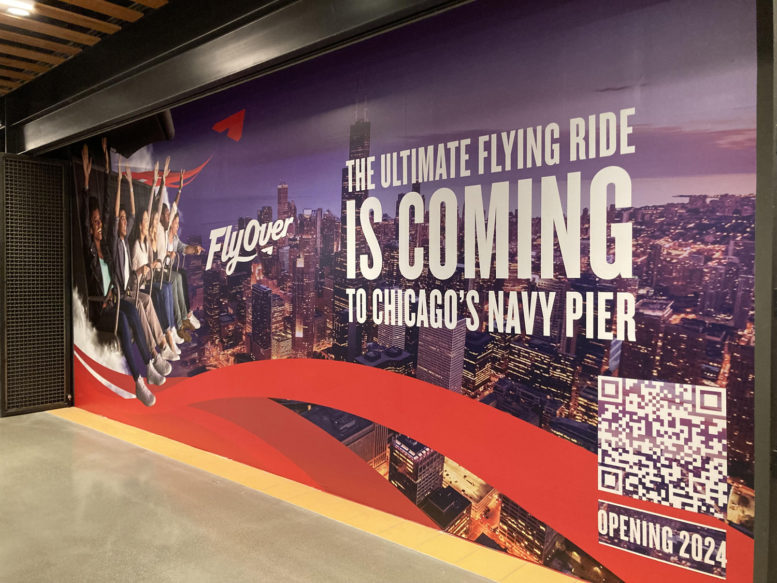 With McHugh Construction leading the work as general contractor, construction has begun for a new indoor ride at Navy Pier called FlyOver (different from the Navy Pier Flyover infrastructure project), which will occupy 48,000 square feet. The project will occupy a 60-foot-high, 80-f0ot-wide volume of space that previously served as an IMAX theater.

The ride will simulate the experience of flying over various places such as Chicago along with other famous destinations from around the world. Riders will sit in suspended moving seats that face towards a 65-foot wraparound screen. In addition to the screen visuals, audio, and moving seats, there will also be mist, wind, and scents to further add to the immersion.

The FlyOver brand is owned by the company Pursuit, which operates similar rides in Las Vegas, Canada, and Iceland. As of now, no simulated flying rides currently exist.

McHugh’s involvement in the construction follows on the heels of other project the firm has recently worked on at Navy Pier, including the Centennial Wheel, the Offshore rooftop bar, and Sable at Navy Pier, a 223-key hotel that was completed in 2021. McHugh construction initially conducted a feasibility study for Pursuit. Pursuit then decided to proceed with the plans, bringing on Chicago-based Epstein as the architect.