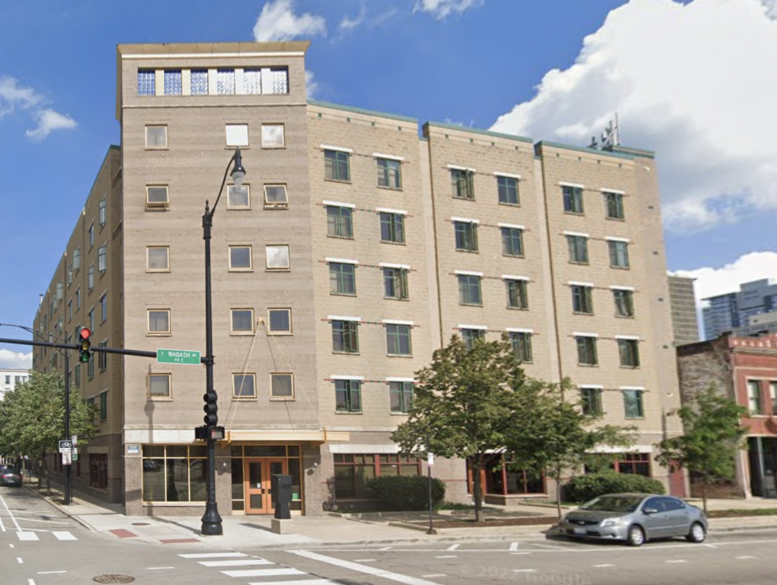 The Mayor’s office announced via press release a new affordable housing project located at 1801 S Wabash Avenue in the Near South Side at the corner of S Wabash Avenue and E 18th Street. According to the release, The Department of Housing has approved the $21 million bond for the new project which will reportedly consist of a gut rehab of a Single-Room Occupancy (SRO) building.

The building will have 80 units, comprised of 30 studios for tenants at 30 percent of the Area Median Income (AMI) or 50 percent AMI or below, and the remaining 50 units will be one-bedroom apartments with rental costs at either 50 or 60 percent AMI. The release went on to describe common areas which will include a ground-floor community area with a kitchen, a fitness area, a storage room, bike storage, and a laundry room.

In addition to up to bond, the project is expected to draw roughly $1.3 million in four percent Low-Income Housing Tax Credits (LIHTCs), City of Chicago Multi-Family Loan funds of $6.25 million, and an estimated $6.75 million in Donation Tax Credits generating approximately $6.14 million in equity. We will follow up as more details emerge.