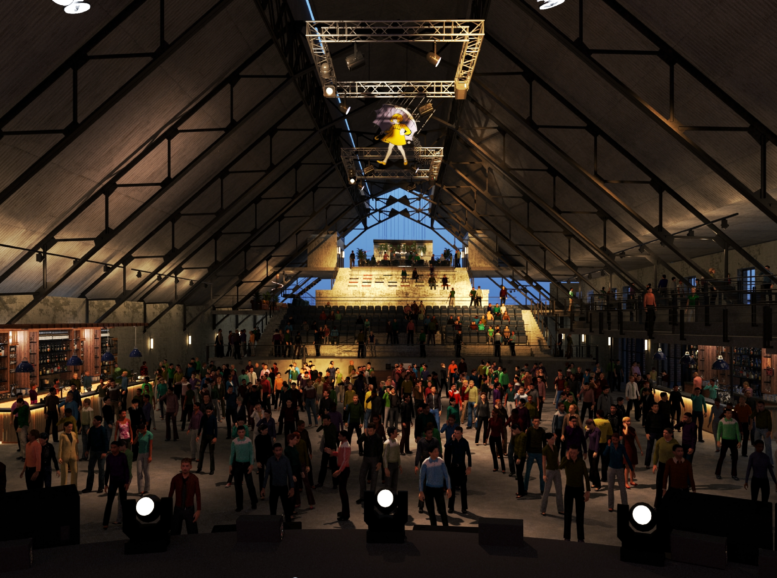 An opening date has been announced for the next phase of the Salt Shed entertainment complex at 1357 N Elston Avenue in West Town. Located on the intersection with N Magnolia Avenue along the north branch of the Chicago River, the multi-building project partially opened earlier this year with its outdoor venue holding its first concert to much fanfare. Developers R2 Companies, Blue Star Properties, and Skydeck have been working with locally-based architecture firm Lamar Johnson Collaborative on its design.

Once called the Elston Dock, the nearly 100-year-old facility fully opened by 1930 and was originally designed to house, package, and distribute salt locally along the river with barges being able to pull up right next to it. The Graham, Anderson, Probst & White designed complex was built for Chicago-based Morton Salt Company and was actively used by them until 2015, and for many years donned the iconic salt girl logo and bold lettering that welcomed millions to the city from the highway. 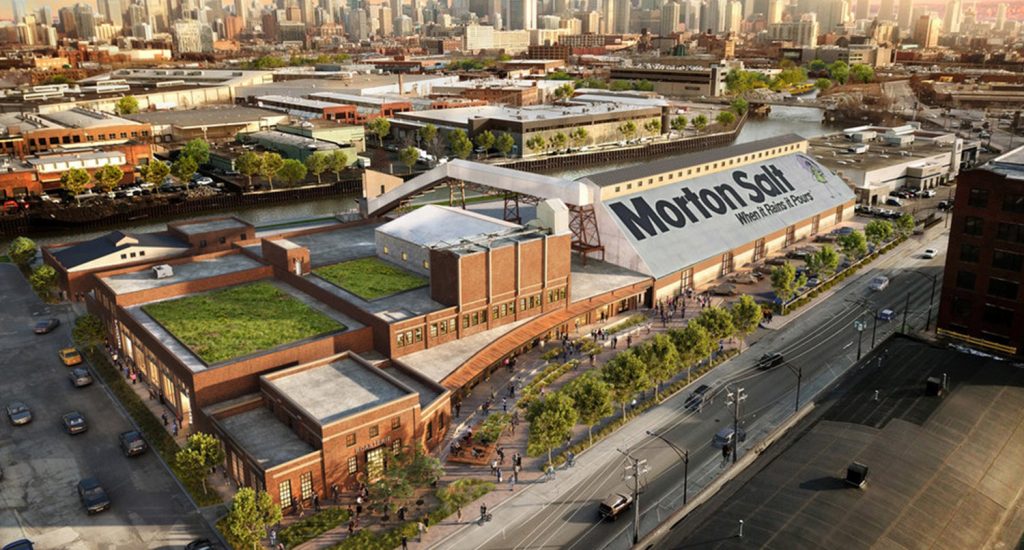 Rendering of the Salt Shed by Lamar Johnson Collaborative

The majority of the northern packaging building is being converted into premium office spaces which will retain an R&D office for Morton Salt themselves, with a new drop off loop replacing the railroad tracks with a bicycle-valet parking. The rear garage building is being converted into a food and beverage center with vendors lining the outdoor space. The space where the east shed one stood was the first to open this year as an outdoor venue, using the remaining steel structure to hold up lights, speakers, and more. 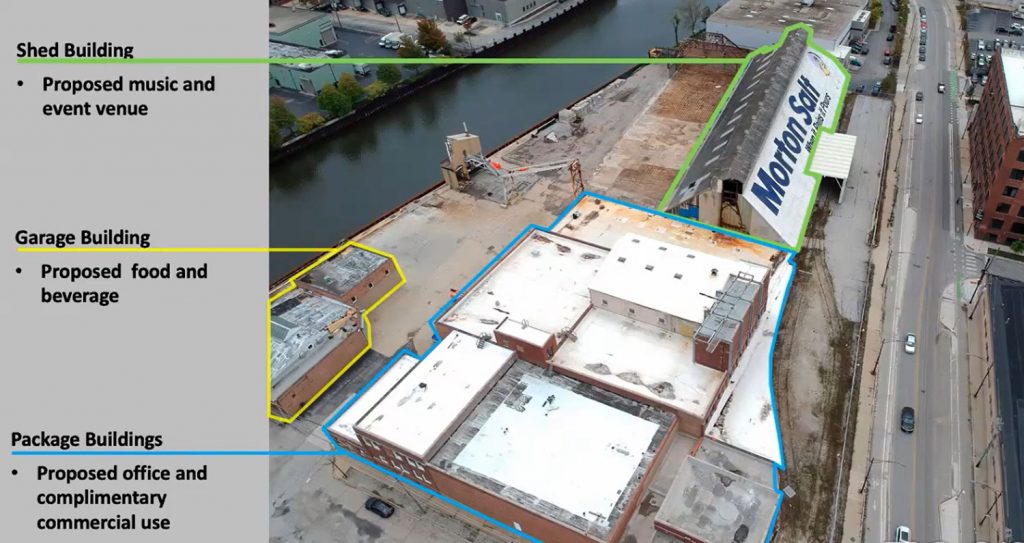 Structures of the Salt Shed Complex by Lamar Johnson Collaborative 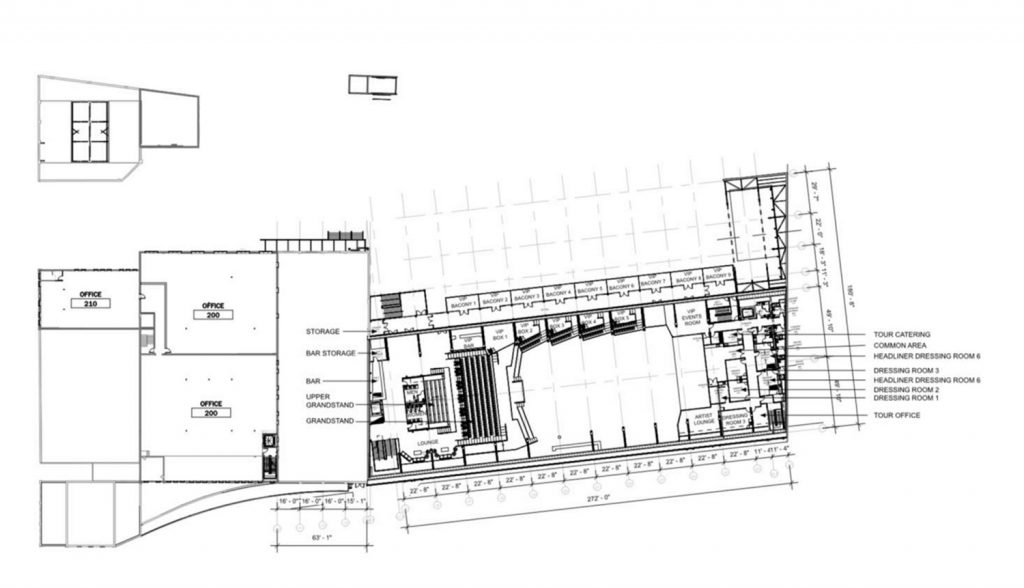 Receiving general acclaim as one of the city’s best new music venues, the legacy will now continue as the massive salt shed building the complex is named after will now open to guests. A large stage will anchor the southern end of the space with a large general admission floor taking up most of the rest. This will be lined by private suites, a bar, and a multi-level grandstand at the northern end of the performance space, this will be adorned by a large hanging salt girl cut-out hanging from the center of the space. 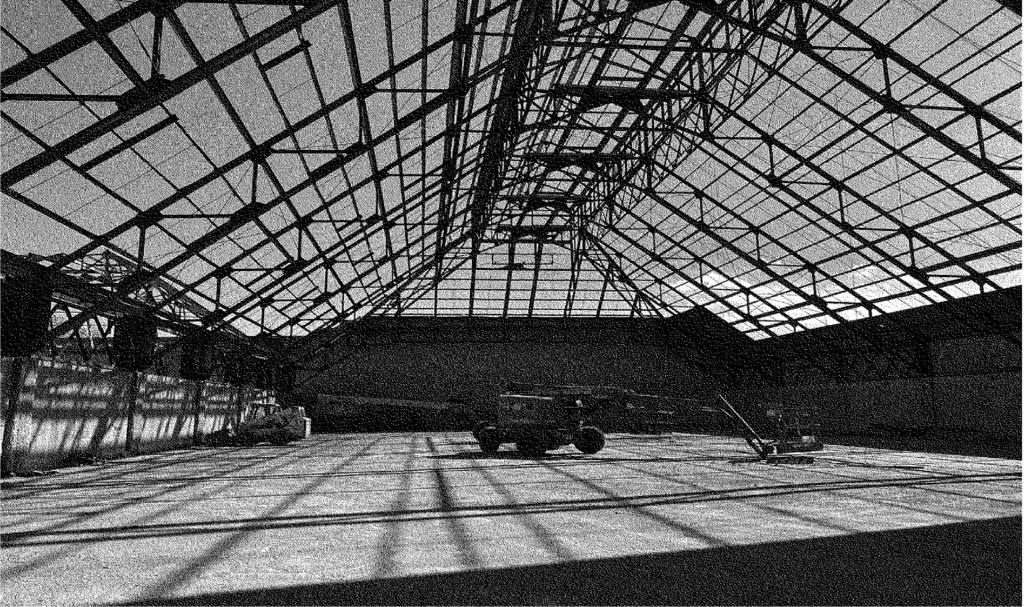 The indoor venue will see its first crowds on February 17, 2023 with Swedish pop-star Tove Lo with opening act Slayyyter, acts have been announced through the end of the summer featuring Iggy Pop, The Roots, The Flaming Lips, and more which can be found here. The opening comes after the whole shed had its roof replaced due to asbestos and the letters repainted after they stripped off due to climate issues when first applied. The remainder of the project will see construction continue on the other buildings with no set opening date announced for those yet.