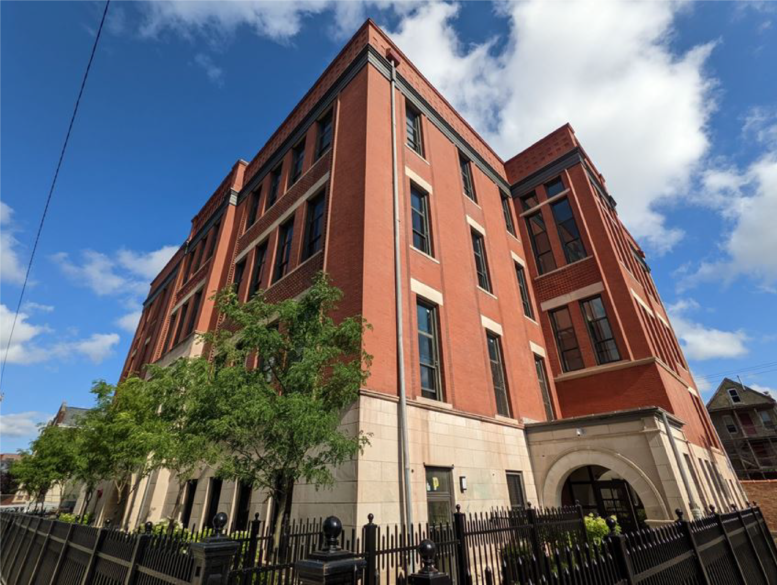 Work is concluding on a new residential redevelopment at 1444 W Augusta Boulevard in Noble Square. Located west of the intersection with N Noble Street near the exit of the Kennedy Expressway, the project consisted of redeveloping the existing Peabody School building which closed under the Rahm years. Developer Svigos Asset Management is behind the work at the property as well as the conversion of the Motley School down the street, both of which required extensive restoration work and became Chicago landmarks during the process. 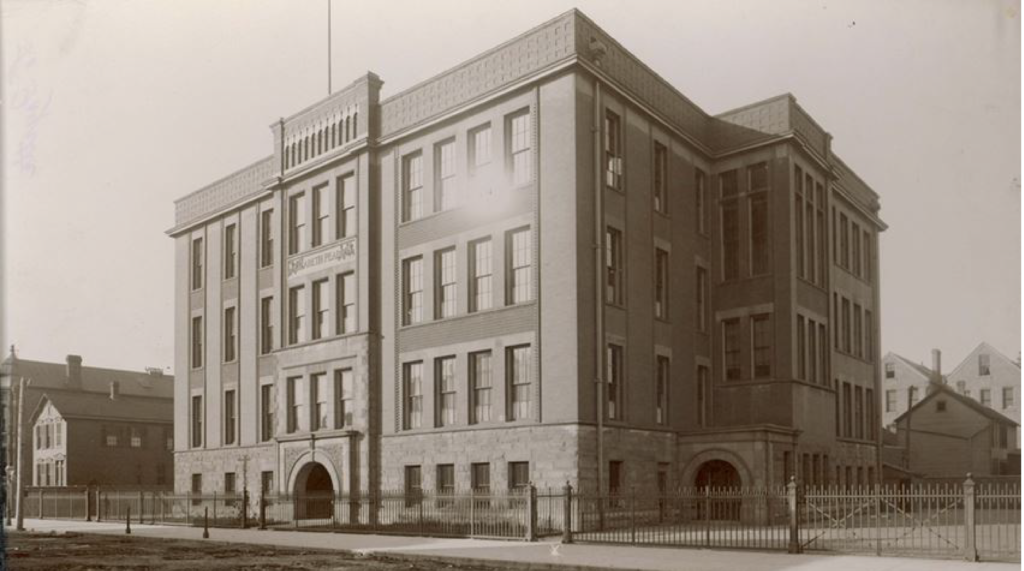 Built in 1894 as the Elizabeth Peabody Public School, the structure was one of over 60 schools designed by famed Board of Education architect August Fiedler during his tenure with the city. It opened in a time when West Town’s immigrant population made it the largest Polish population outside of Warsaw. Featuring red molded brick, terra cotta, and stone ornamentation, the building embraces the love of detailing in the late Victorian-style. After serving the community for nearly 120 years, it was one of 50 schools closed in 2013, later receiving its landmark designation in 2016. 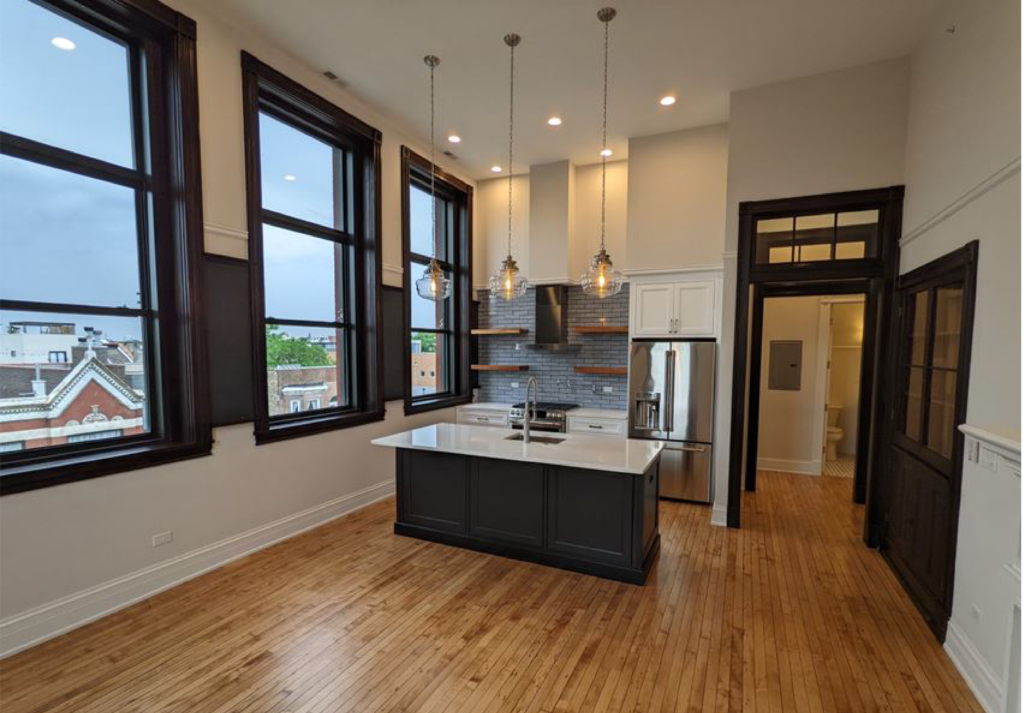 Now after a multi-year renovation which restored its original windows, moldings, and main features, the classrooms have become 23 residential units made up of one- and two-bedroom layouts according to Block Club. Interiors feature new kitchens with stainless steel appliances, original doors, wall covers, and built-in cabinetry, along with the original chalkboards in some of the apartments. Residents will also have access to 10 vehicle parking spaces in an attached garage, a fitness center as well as a rooftop terrace with skyline views. 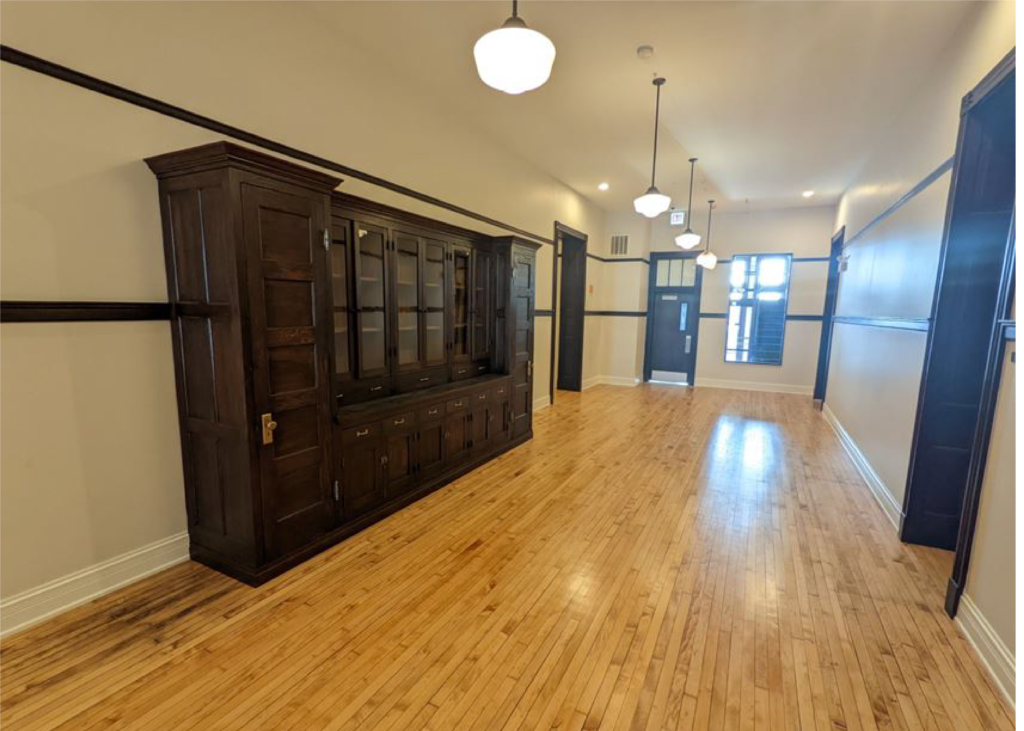 Bus service for CTA Route 9 is accessible via a three-minute walk, Route 56 via a four-minute walk, and Route 66 via a seven-minute walk. Svigos Asset Management bought the property for $3.1 million in 2013 and used Historic Tax Credits to complete the work. Units will start renting at $3,000 a month with construction on the higher floors now finished and work on the lower floors should wrap up by the end of the year.