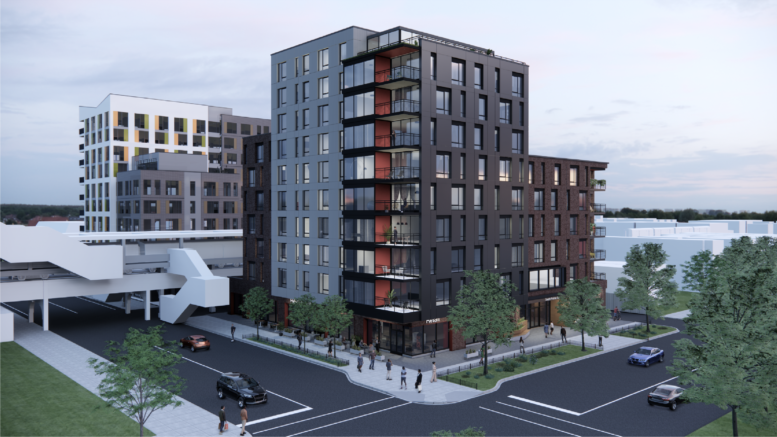 The Chicago Plan Commission has approved the mixed-use development at 301 E 43rd Street in Bronzeville. Dubbed 43Green Phase II, the project comes after the completion and success of the first phase west of the CTA tracks. Replacing a one-story commercial building on the site, developers P3 Markets and The Habitat Company have teamed up with Moody Nolan and Landon Bone Baker Architects on the design of the new structure. Chicago YIMBY was fortunate enough to be able to speak with one of the architects about the road to today. 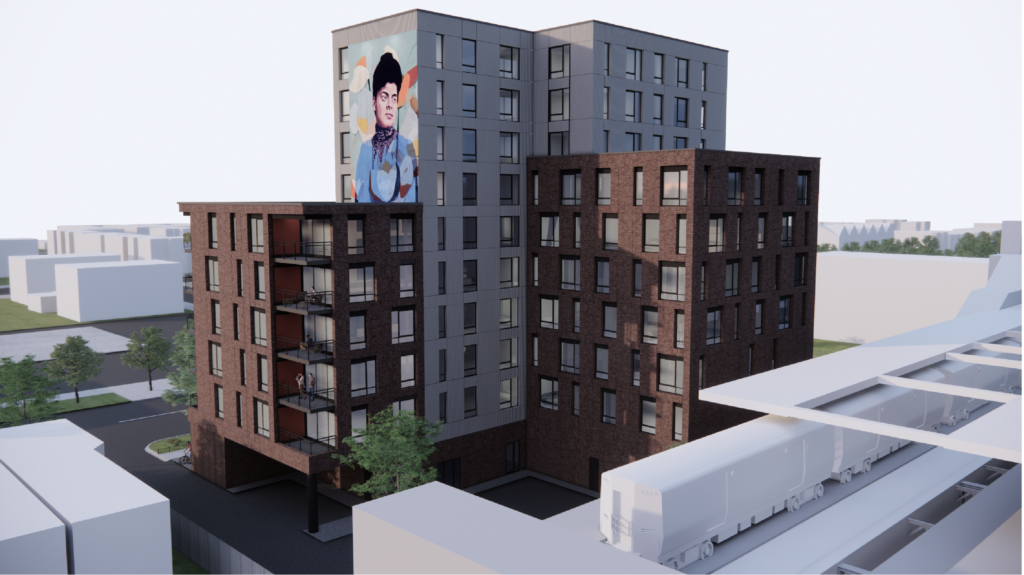 Part of the larger three-phase 43Green development, this comes after a successful first phase which delivered retail and 99-residential units next door with half of those being considered affordable. The roughly 12,000-square-foot site will hold the new 10-story building directly next to the CTA Green Line at 43rd station, thus making it a Transit Oriented Development (TOD). This allows the limiting of on-site parking, giving designers a larger footprint to fit the robust program within. We spoke to Jennifer Stanovich, a senior project architect at Landon Bone Baker.

CYIMBY: How did the team arrive at the final program and unit count?

Jennifer: Several factors including, site size and FAR, neighborhood market study, and financing. The site is pretty small so it was challenging to fit everything that was needed on the ground level. Since the project is a TOD the flexibility in the amount of parking made it feasible. 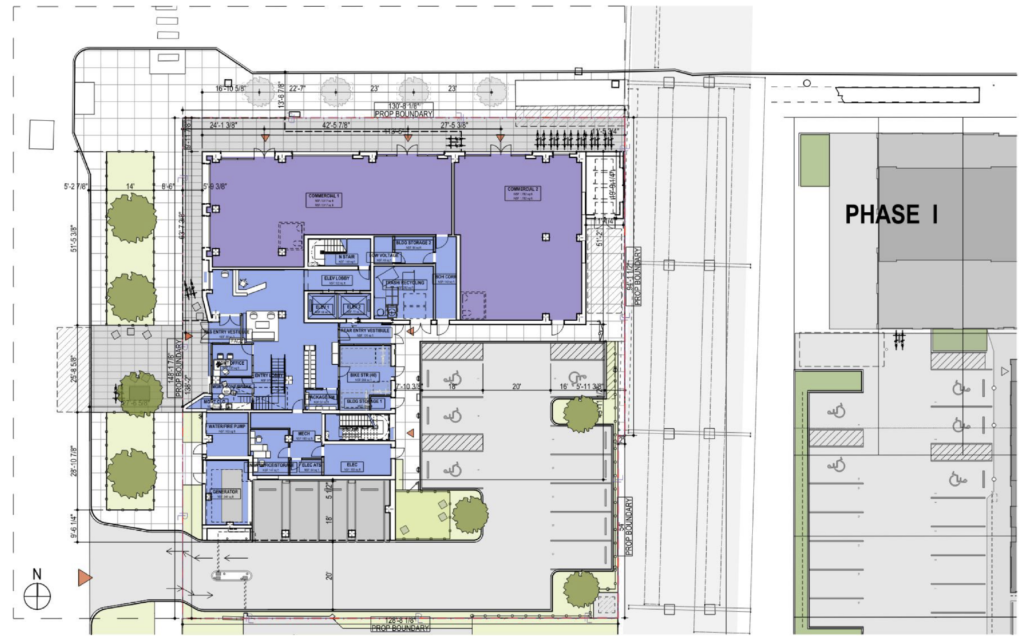 CYIMBY: What effect do you hope this project will have on the community?

Jennifer: We hope that it will bring new people to the neighborhood and allow existing residents to stay… With easy access via the green line Bronzeville is an incredible neighborhood with so many new and exciting things happening within it. More people and development will help to build on what is already happening. 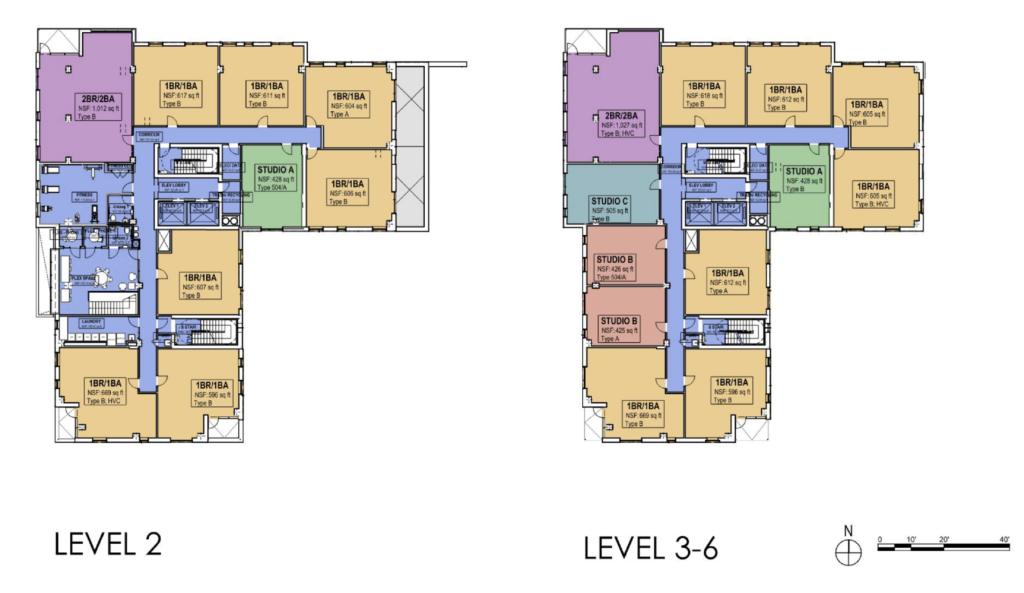 Residents will have access to a 7th floor outdoor deck with plantings and a bocce ball court as well as a 10th floor terrace and community space. Some of the apartments will have private inset balconies as part of the modern design, clad in brick as well as multi-color and texture concrete panels with aluminum accent planks. This will differentiate it from the phase I both in massing, colors, and finish, allowing for each structure to have its own identity.

CYIMBY: What were the main driving factors for the design?

Jennifer: We wanted to compliment phase 1 but didn’t want it to duplicate the design. It was great having Moody Nolan involved in phase 2 to bring a new perspective. We worked together to keep the design contemporary but still rooted in the textures and materials of the neighborhood. 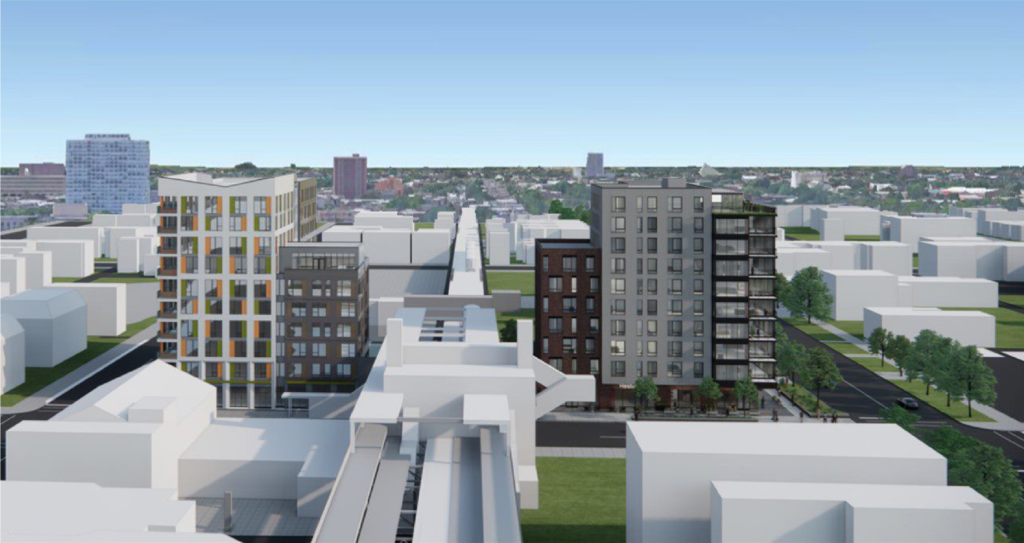 Aside from the train, residents can commute on CTA Route 43 on site, Route 3 via a five-minute walk, and Route 29 via an eight-minute walk; they will also be across the street from the future Forum Bronzeville project. At the moment no construction timeline has been announced, however the Community Development Commission approved the land sale and $10 million in TIF funds earlier this week.