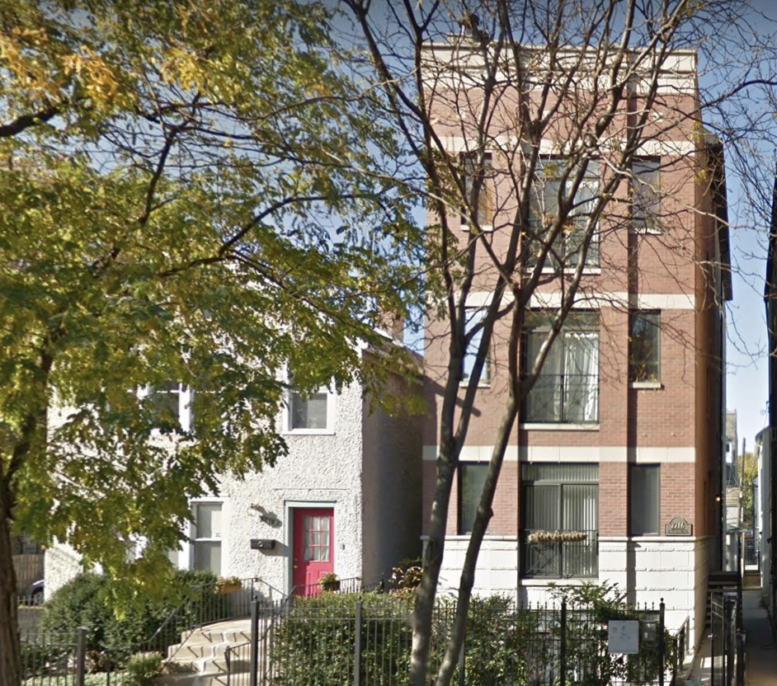 Permits were issued on this past week for a new three-story residential building located at 2214 N Hamilton Avenue in the Logan Square neighborhood. The project will replace an existing structure addressed at 2216 N Hamilton Avenue. The permit owner is listed as Volo Holdings, and plans indicate that the development will include a total of three units, each equipped with outdoor space at the rear. There will be a rooftop deck with an enclosed staircase and a detached three-vehicle garage with its own rooftop deck.

John C Hanna is the architect of record. As of now, no drawings or renderings have been made public. There are two masonry contractors listed and the building will involve a brick exterior.

Future residents will have CTA L access for the Blue Line at the California station via a 20-minute walk west. The Route 50 bus service can be found at Damen & Webster via a five-minute walk east. This lot is well situated for dining and retail along both the N Western and N Damen Avenue corridors which are readily accessed by foot.

Diamond Partnership LLC will be acting as the general contractor behind the reportedly $1.12 million construction. A timeline or completion date for the project has not been released.