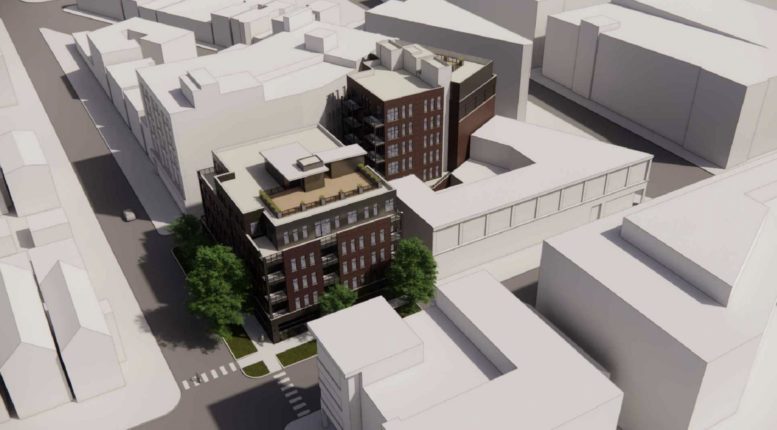 Recently Chicago City Council approved the rezoning bid of 3310 N Lincoln Avenue in Lake View. The site is located north of the intersection of N Lincoln Avenue and W School Street. The lot is irregularly shaped and fronts the angled street. 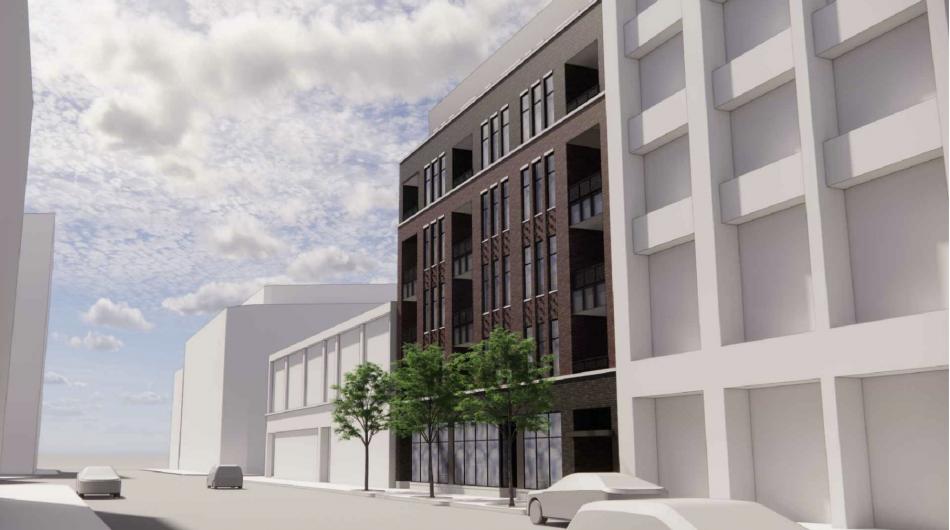 The development is planned by Mangan Builders and will replace the former Rexx Rugs buildings. The design comes from Johnathan Splitt Architects and the new construction will consist of a six-story mixed-use building. The project will front N Lincoln Avenue and will house 24 dwelling units and roughly 2,227 square feet of retail space on the ground floor.

The building mix will include eight one-bedroom units and 16 two-bedroom units. Reports put projected rent between $1,900 and $2,400 per month respectively. Of the total units, five will be reserved as affordable units. 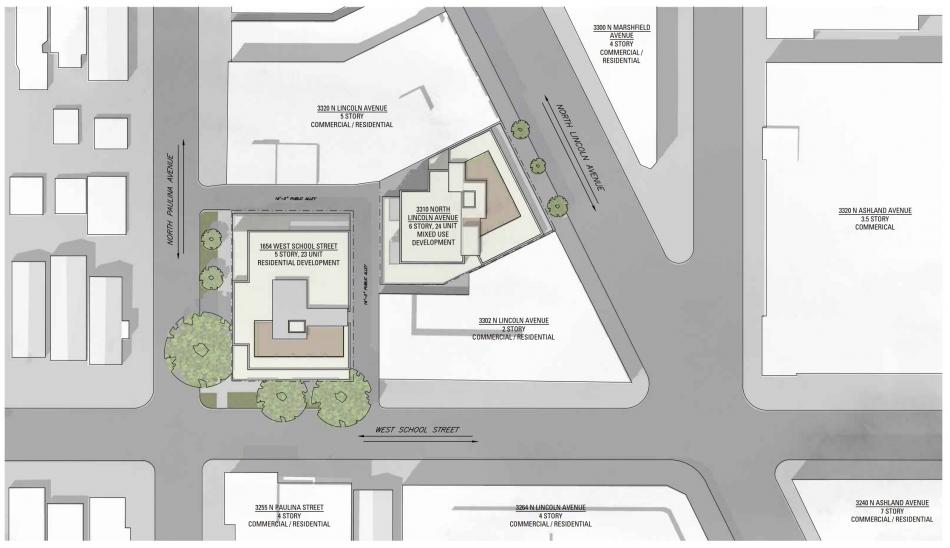 The rezoning application is based on 3310 N Lincoln Avenue, however, the developers have included a plan for a sister building at the corner of W School Street and N Paulina Avenue. The second building is planned to stand five floors and hold an additional 23 dwelling units.

Now that City Council has approved the rezoning of 3310 N Lincoln Avenue from B1-2 to B3-3, the development can push ahead. Constructions is expected to begin later this summer with a completion date planned for spring 2023.