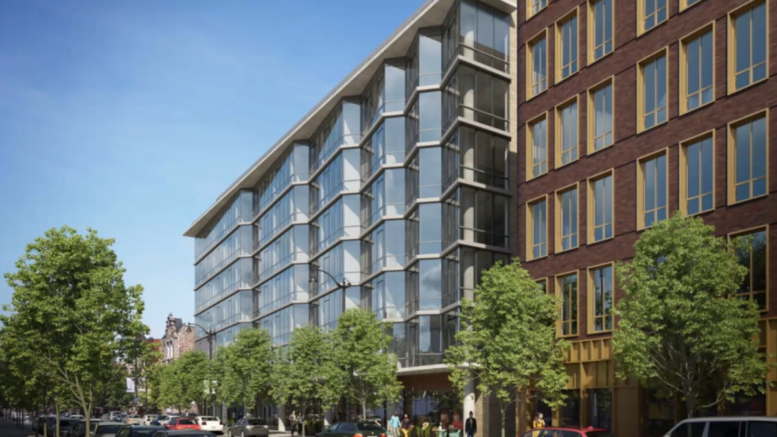 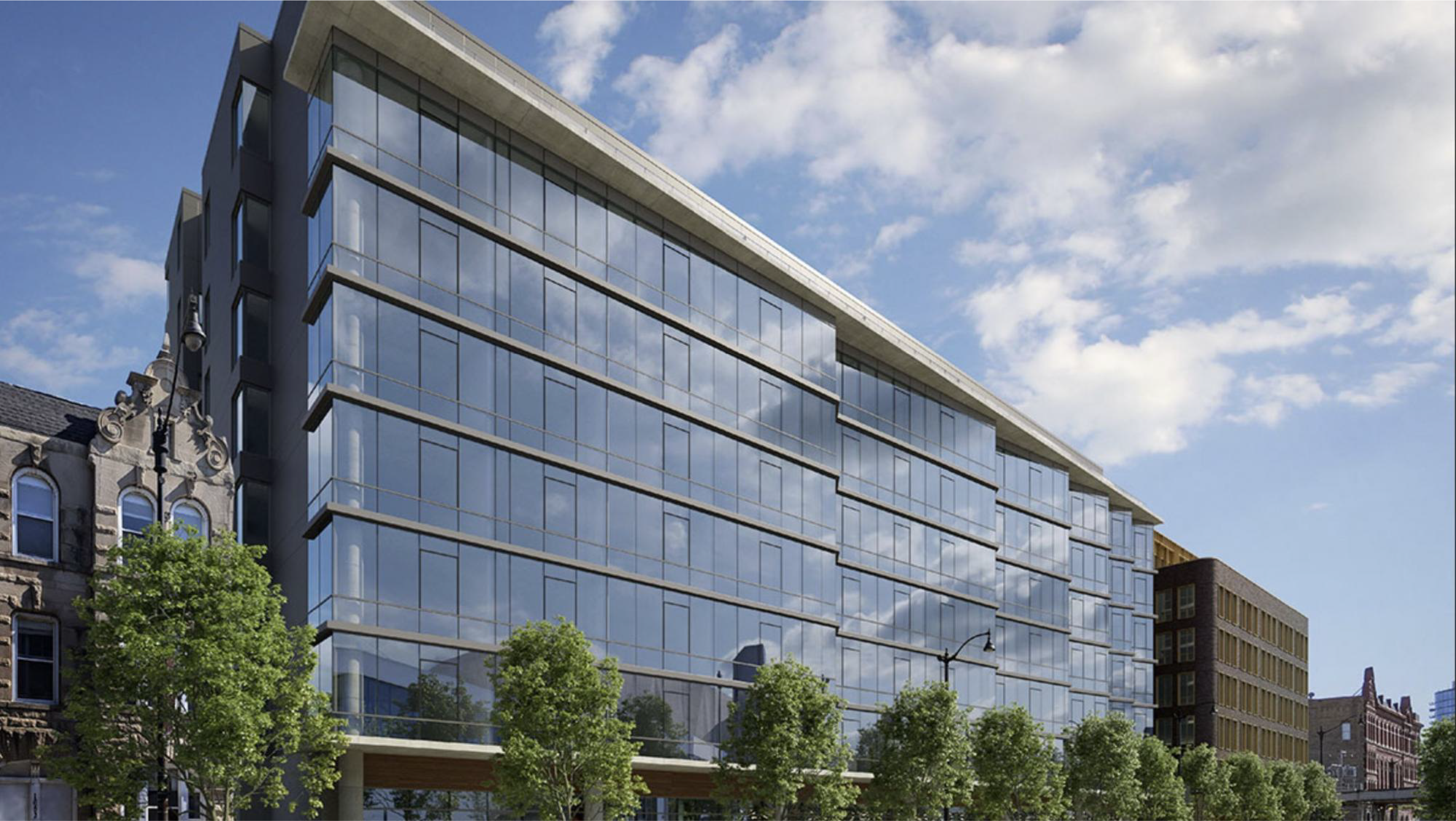 As Jake Wittich of Block Club Chicago reported, the event was hosted by Alderman Brian Hopkins (2nd). Hopkins is quoted as stating, “I want to stress that no decision has been made. This is part of an open process where we try to evaluate the interests and concerns of the community with the need for our city to move forward and grow and promote economic development.”

If plans are approved, Draper & Kramer would go forward with constructing the 90-foot-tall building. The eight-story building plans to house 133 residential units that will be offered in a “mix of studio through three-bedroom units,” including 12 studios, 25 one-bedroom apartments, 68 lofted one-bedrooms, 26 two-bedrooms and two three-bedroom units.

Although it is still unclear if the units will be rentals or condos, the developer will be required to offer 20 percent, or 27 units, at affordable rates. Future residents will have access to amenities like a coworking space, fitness studio, lounge, and rooftop sky terrace. It was revealed in last week’s meeting that the ground floor will feature 4,500 square feet of commercial space. Due to its proximity to transit, the development will have 34 vehicle parking spaces in an enclosed parking garage.

While the project has been generally well-received, there was some concern voiced regarding the height of the building. Should the project move ahead it will still need approval from the full city council. Developers announced a planned completion date for early 2024.