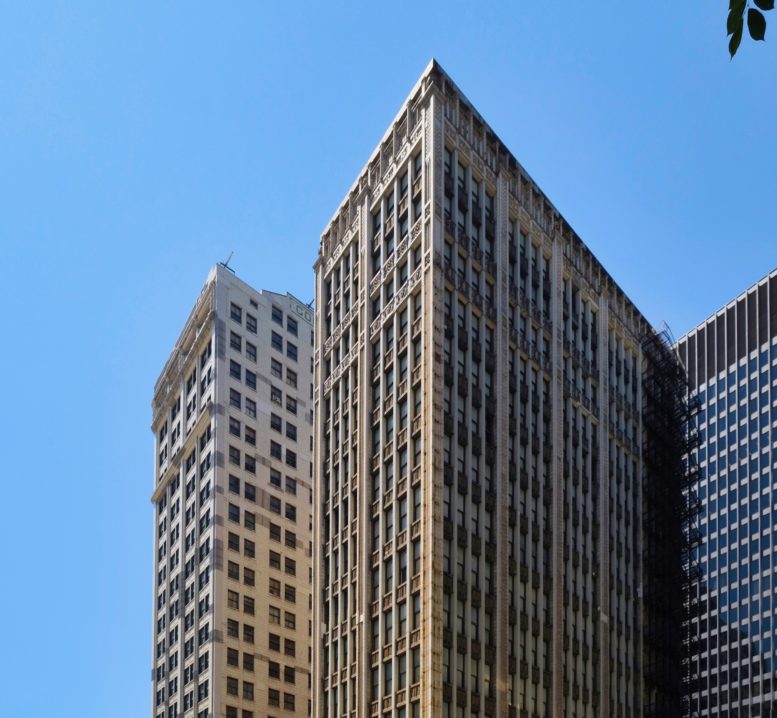 In an increasingly heated saga over their ultimate fate, two historic Loop buildings targeted for demolition by the federal government have been cleared for a formal review by the Commission on Chicago Landmarks. The process could lead to the landmarking of the two terracotta-clad structures, whose potential demise reflect “security concerns” over vantage points available looking into the adjacent Dirksen Federal Building. Designed by Holabird and Roche, the 16-story Century Building at 202 S State Street was completed in 1915, while the 21-story Consumers Building at 220 S State Street was designed by Jenney, Mundie & Jensen and completed in 1913. Both are part of the National Register’s Loop Retail Historic District, but currently lack official city landmark designation that would parry any demolition efforts. 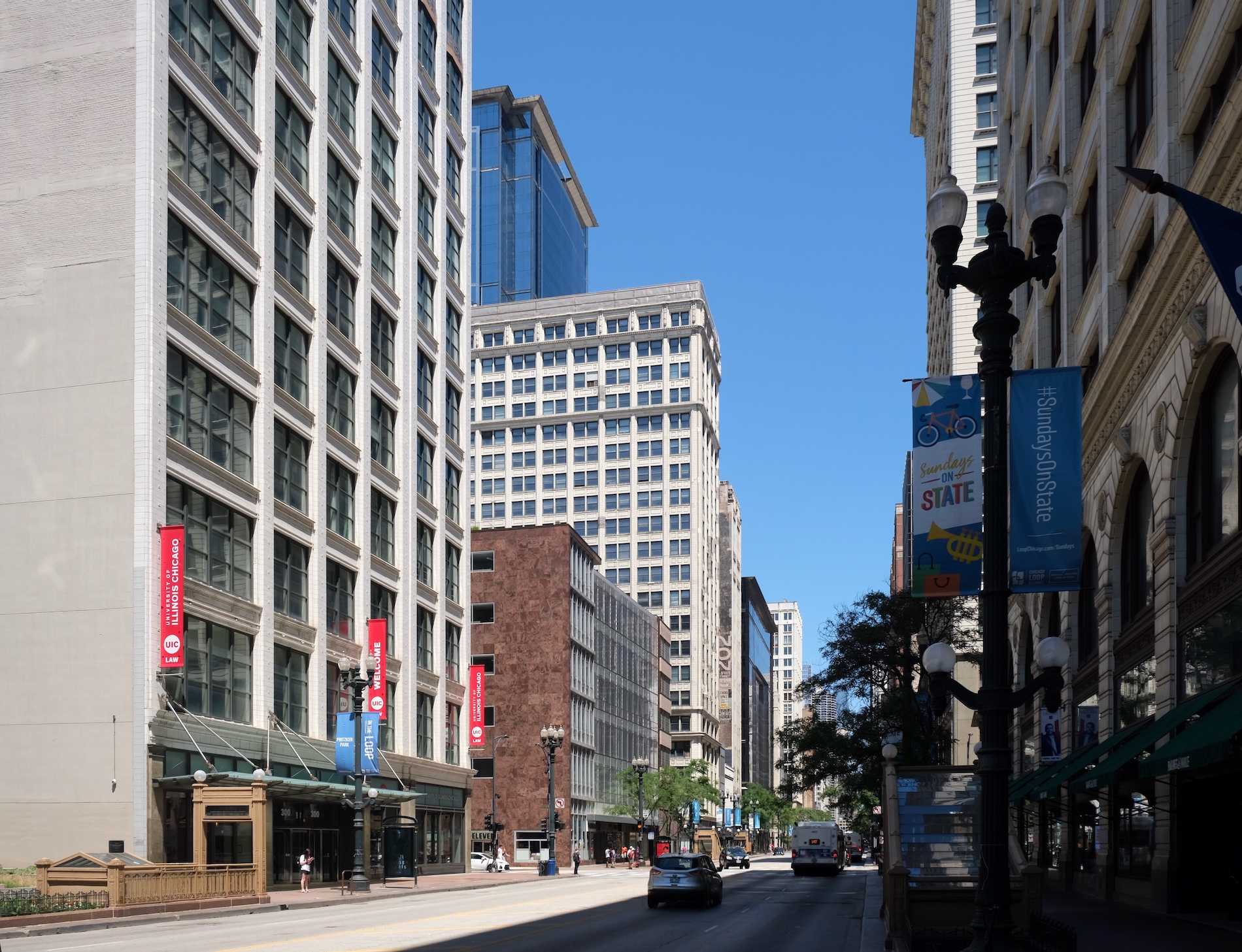 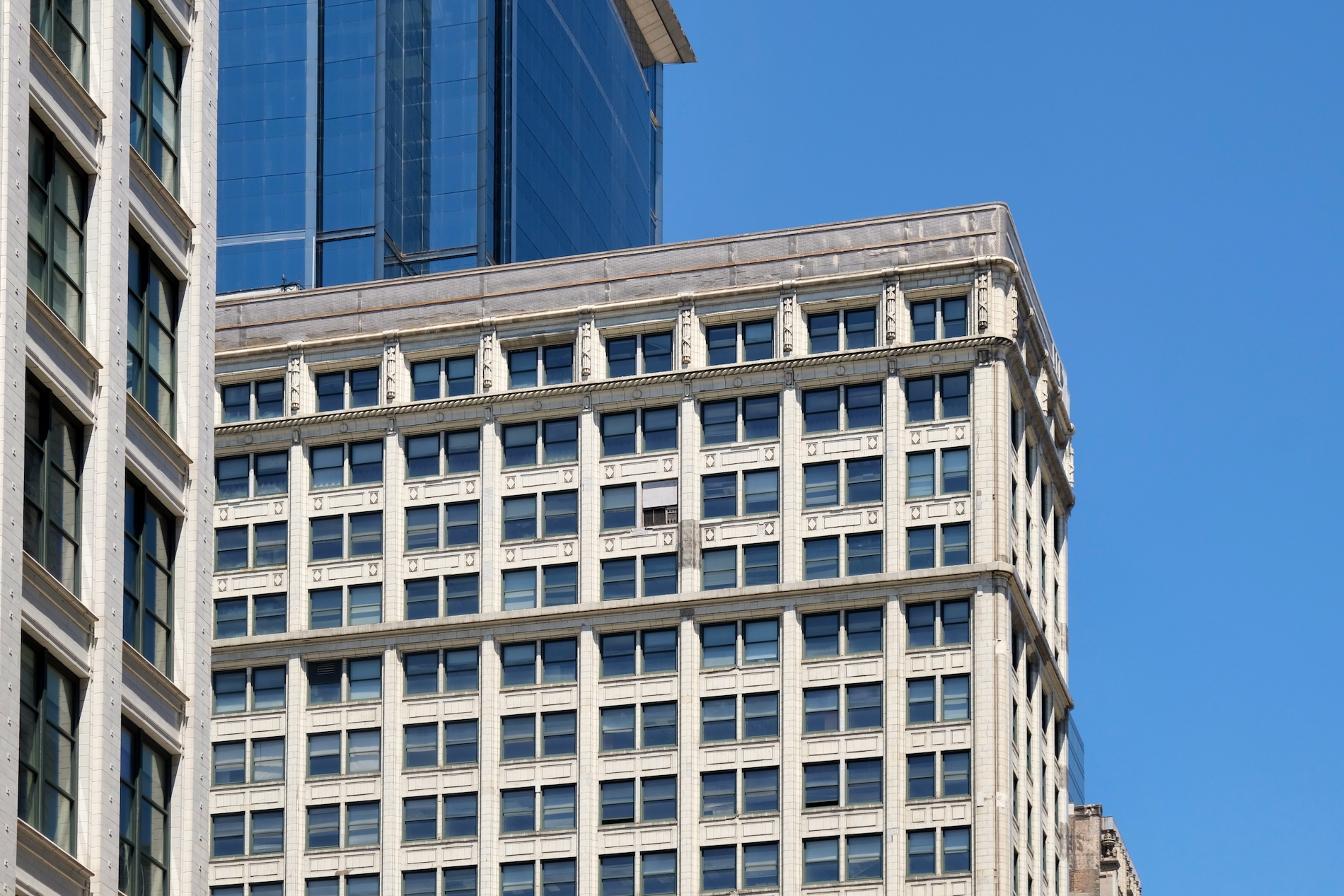 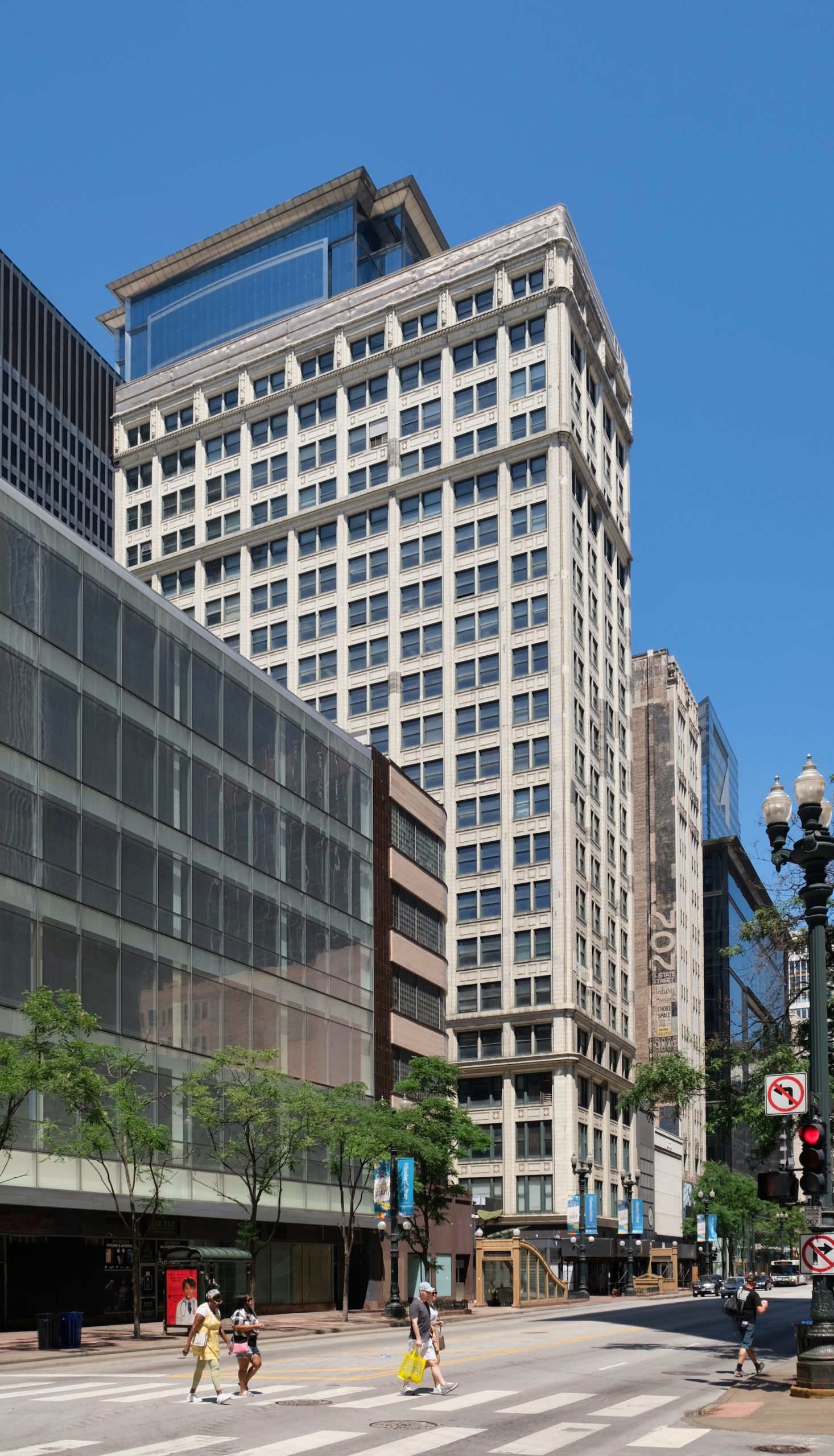 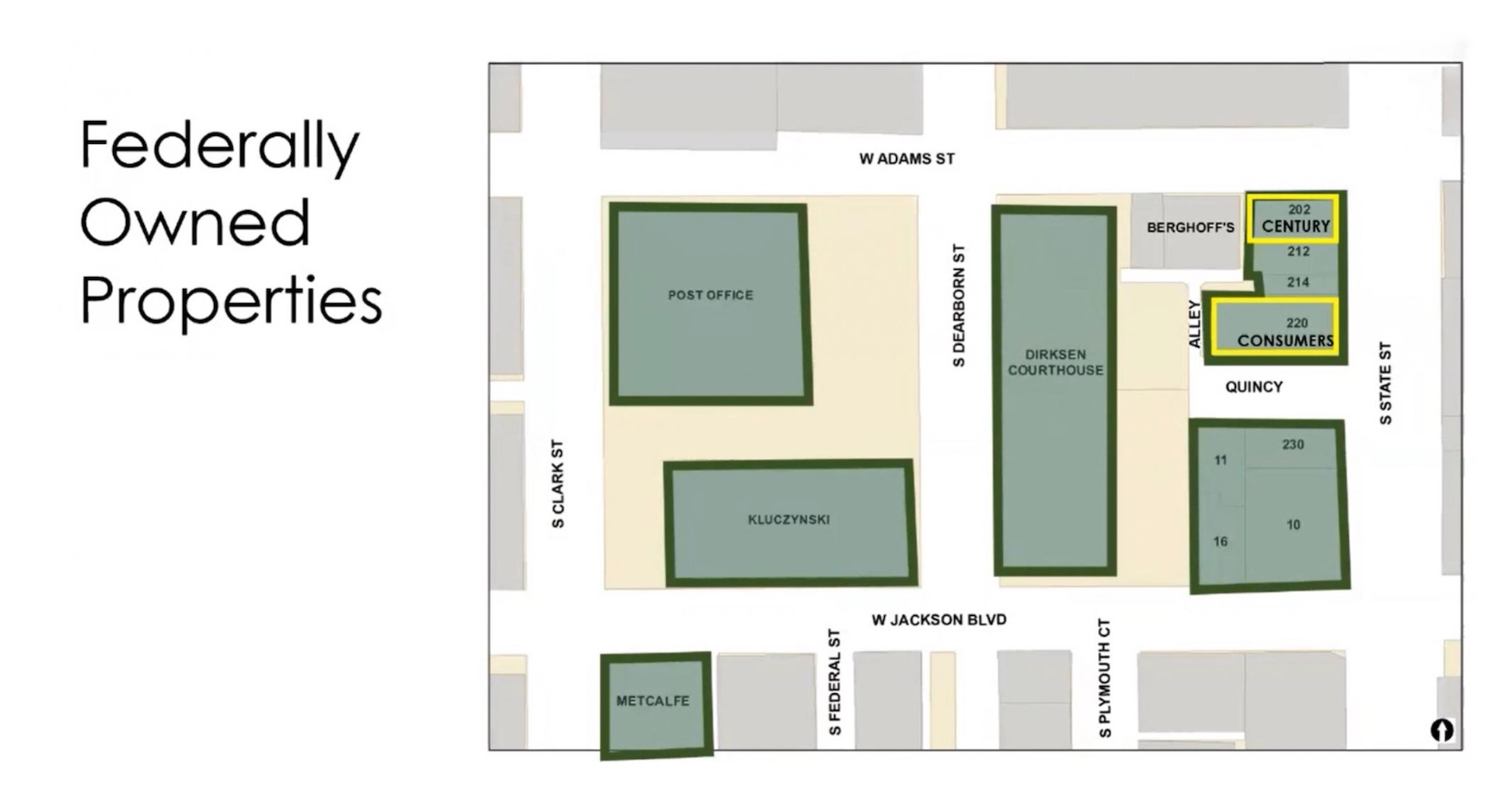 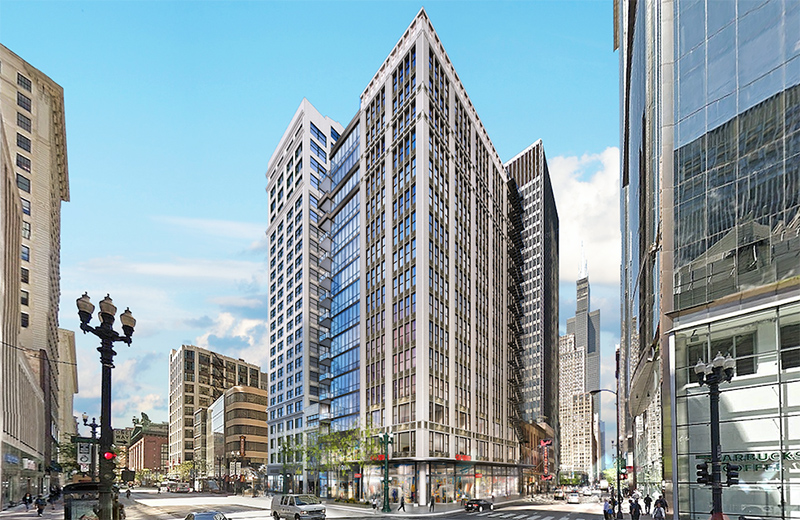 While not currently in use, the buildings had originally been incorporated CA Ventures’ $141 million plans to redevelop and refurbish the buildings. Between 2017 and 2019, the developer pushed forward a scheme designed by Antunovich Associates to enliven the surrounding vicinity with 25,000 square feet of retail, 159 traditional apartments, and 270 micro-units. Ultimately, the RFP submitted for this proposal was shelved by the city to address federal government concerns. 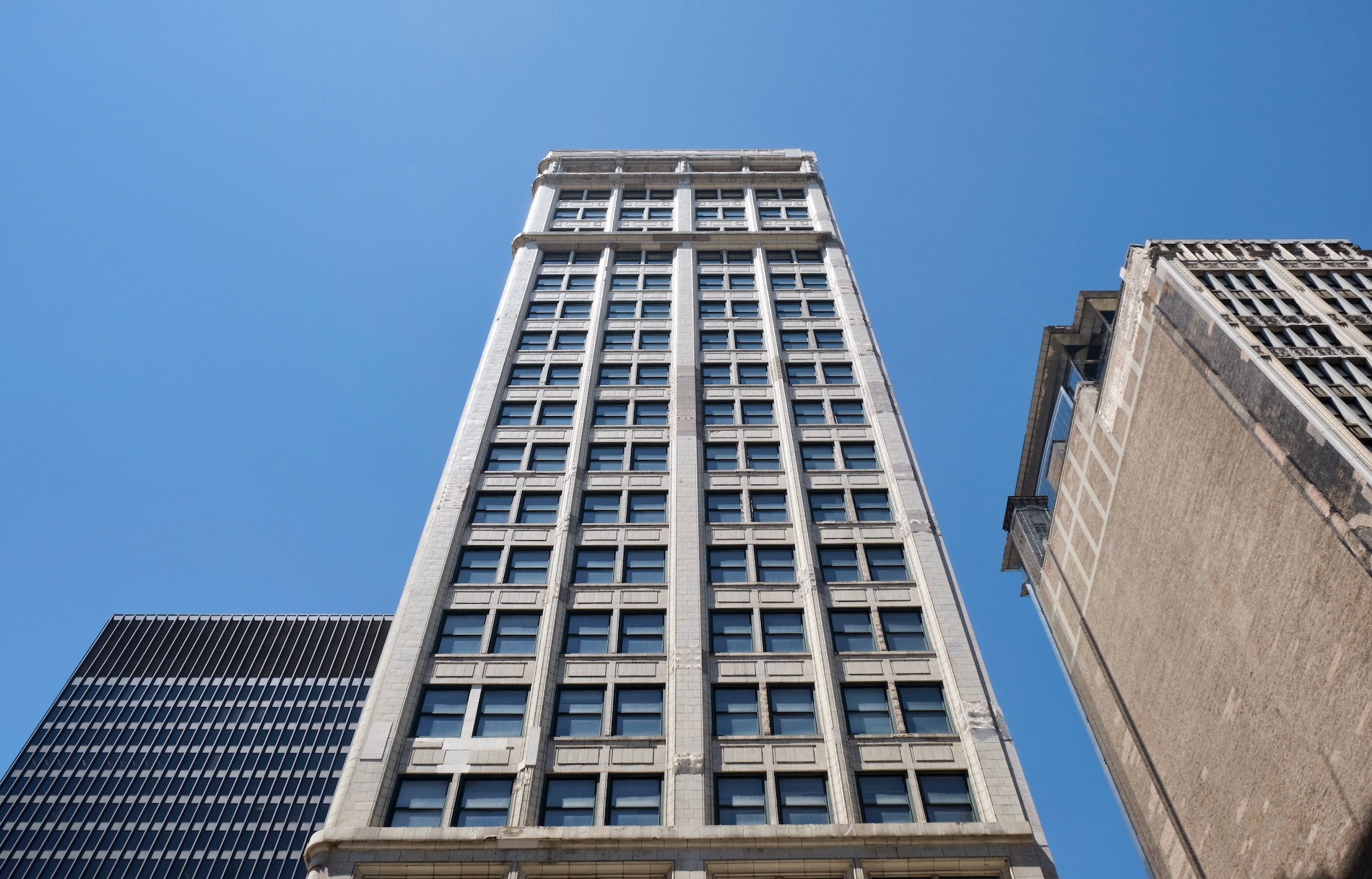 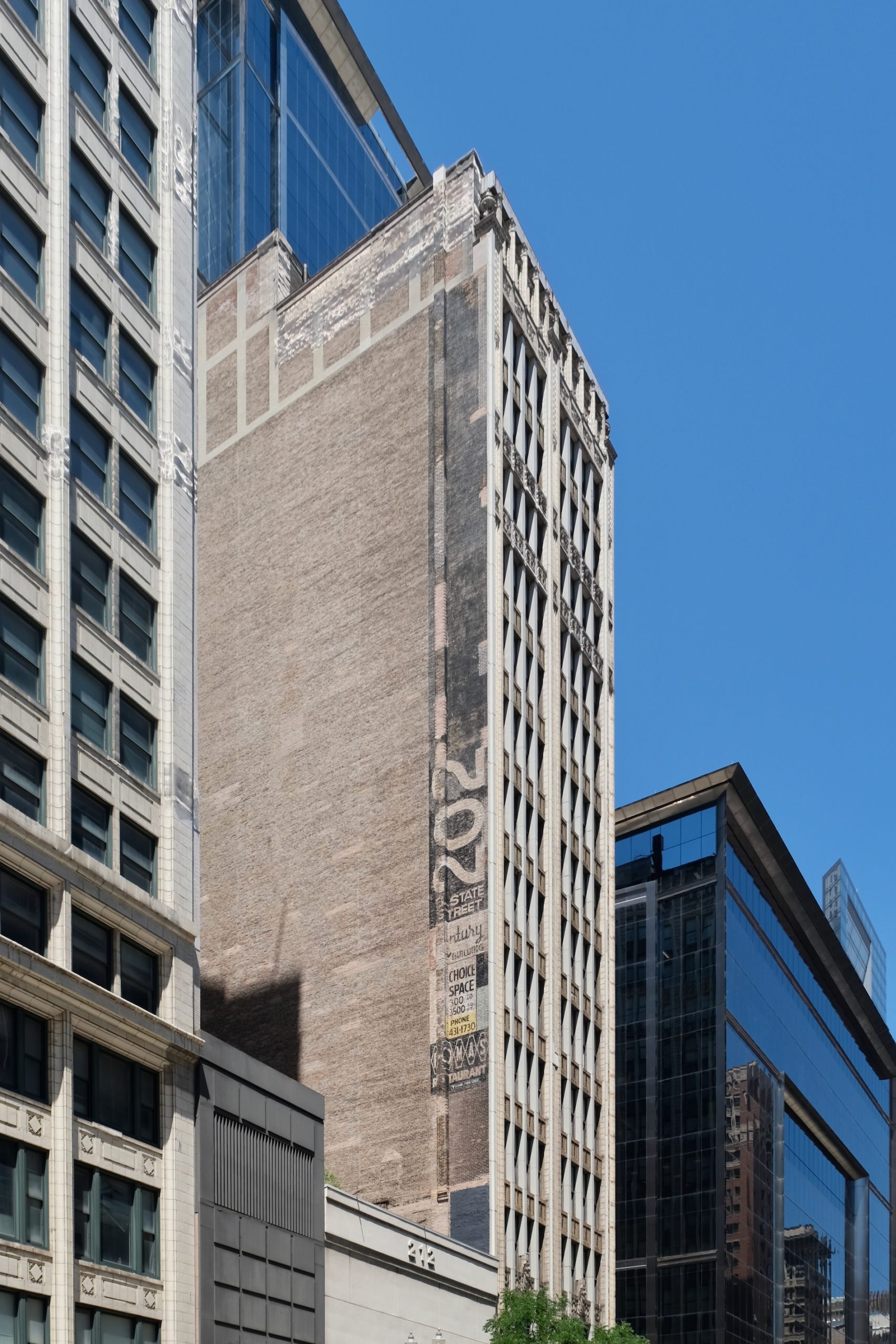 Beyond blocking the redevelopment, the operating owner representing the federal government known as the General Services Administration (GSA) has taken security measures a step further with the intention to level the high-rises and a third low-rise in between for a projected $52 million. Senator Dick Durbin, the FBI, ATF, and the U.S. Marshals Service have all concern over the fact that the towers offer what they see as unacceptable potential vantage points into various offices, despite the fact that these buildings are currently owned by the government since 2005. 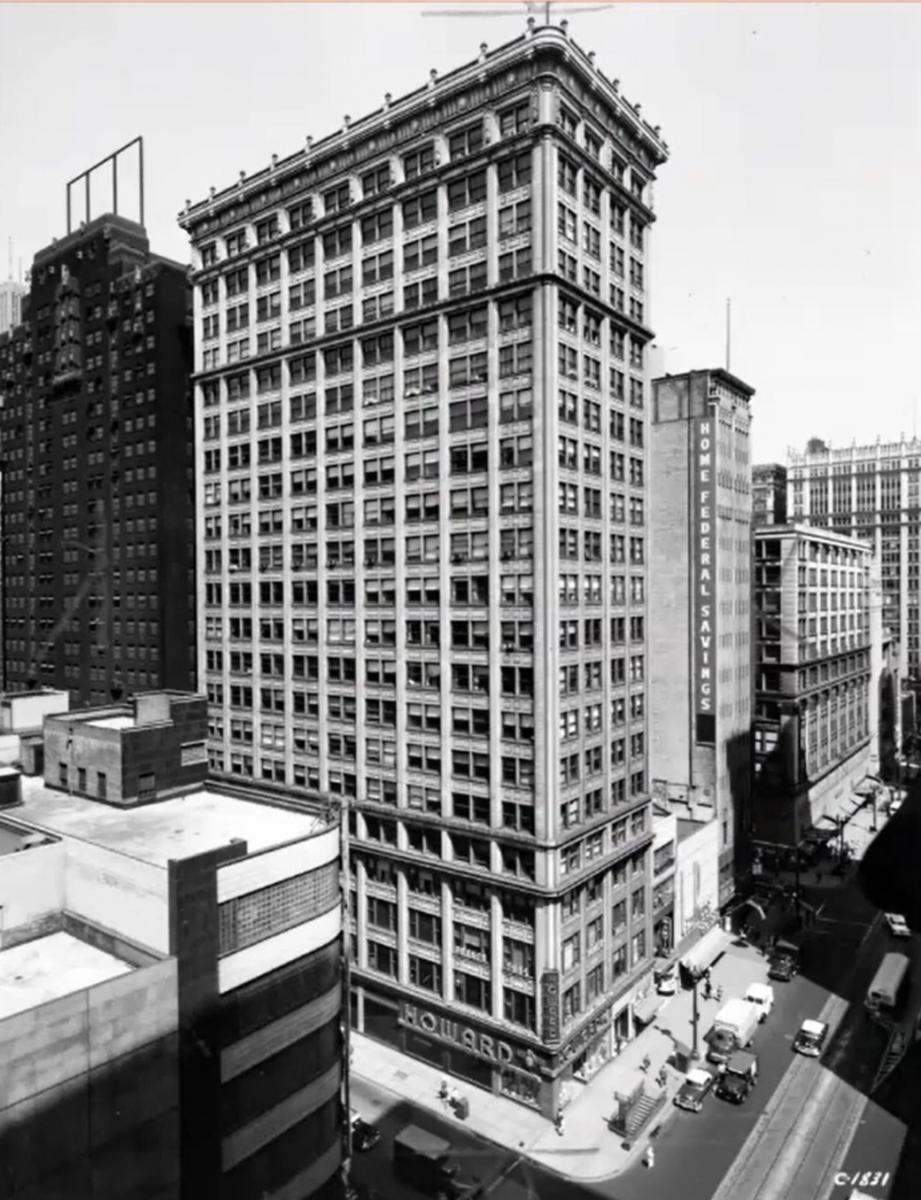 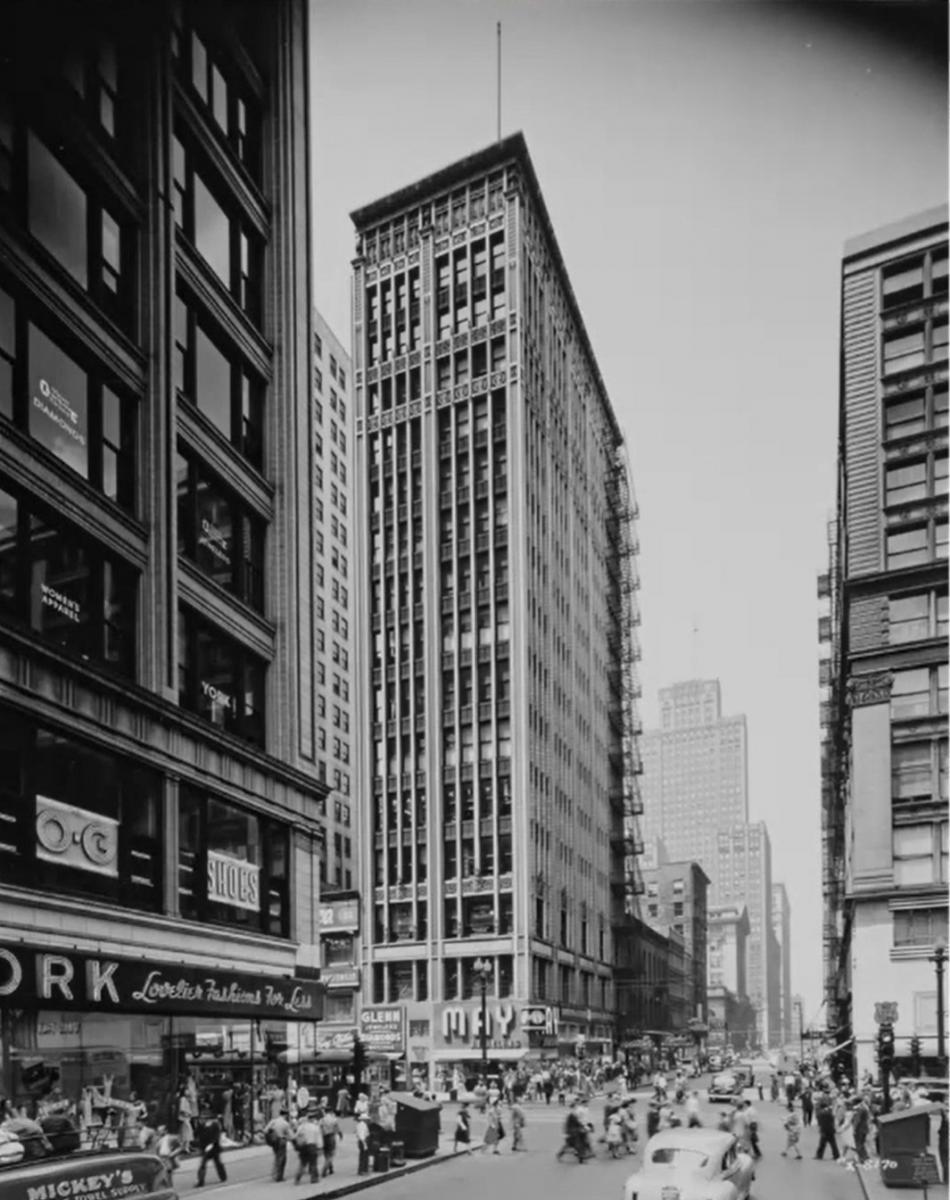 It is also worth noting several other points, the first of which is that there are many other US cities with buildings in close proximity to federal court buildings. In a recent Slate article, architect Randy Atlas, who specializes in courthouses, noted that “Every metro downtown has a federal courthouse, often within 100 feet of an adjacent building.” To jump off Atlas’ point, there are additional buildings further east across State Street that may also have undesirable vantage points into the courthouse building. This fact begs the question if we are to keep demolishing buildings within federal office view corridors until “security concerns” are stamped out? Kristine Bishop Johnson, a judicial planner and principal at HOK, expressed a similar line of concern. “What kind of precedent are you setting in Chicago if you take down the surrounding properties?” she asked. “There’s probably a similar risk that could be identified in any urban high-rise facility.” 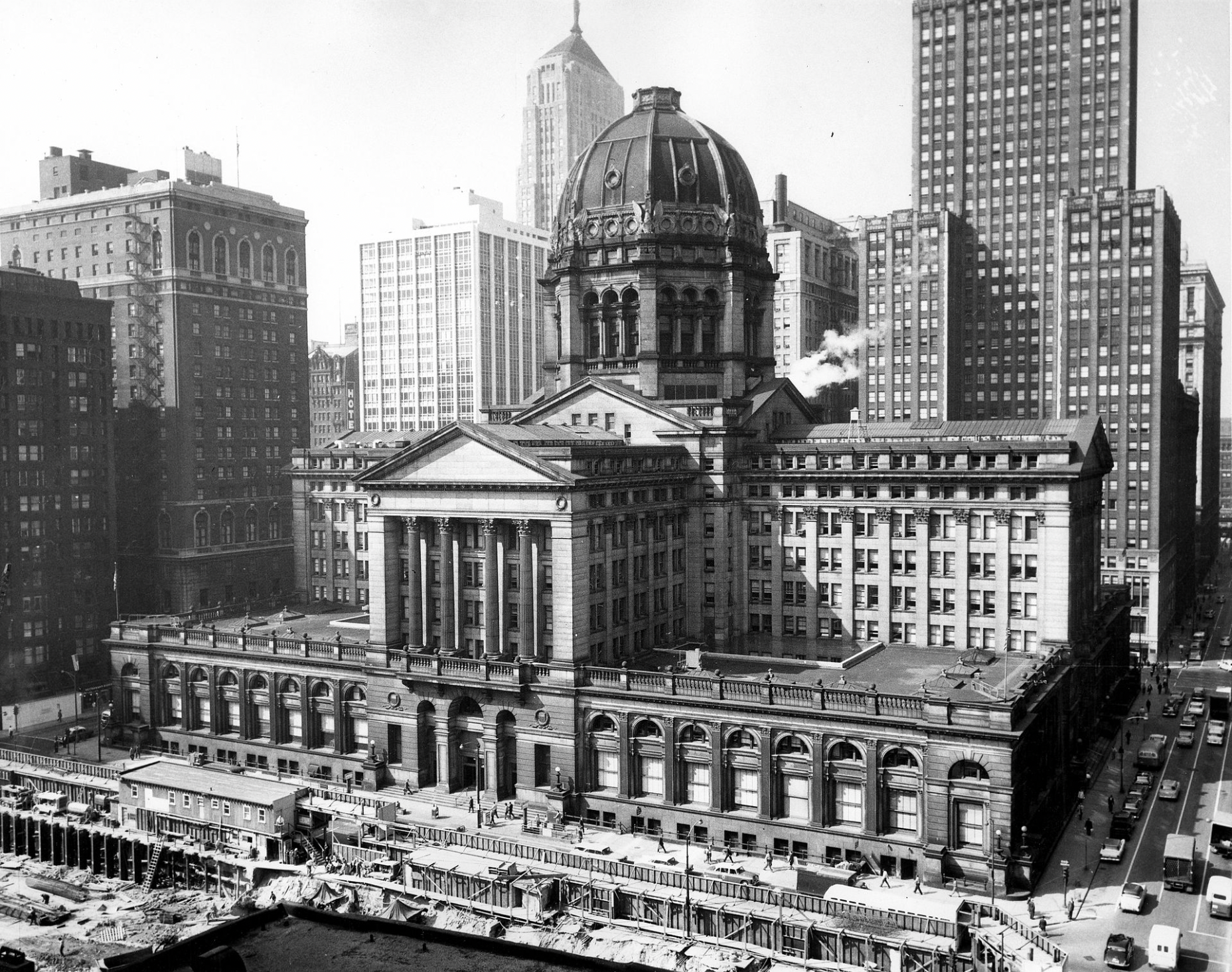 Federal Building prior to demolition. Photo via Federal Judicial Center

The Mies-designed federal complex has a long history of clashes with existing architecture. Back in 1965, the government decided to demolish the existing US Federal Building just one block west to make way for the Mies-designed John C. Kluczynski Federal Building, a plaza with public artwork, and the US Postal Services building. The building was one of the nation’s grandest examples of the Beaux Arts movement, complete with a copper-colored dome larger than the one at the U.S Capitol. 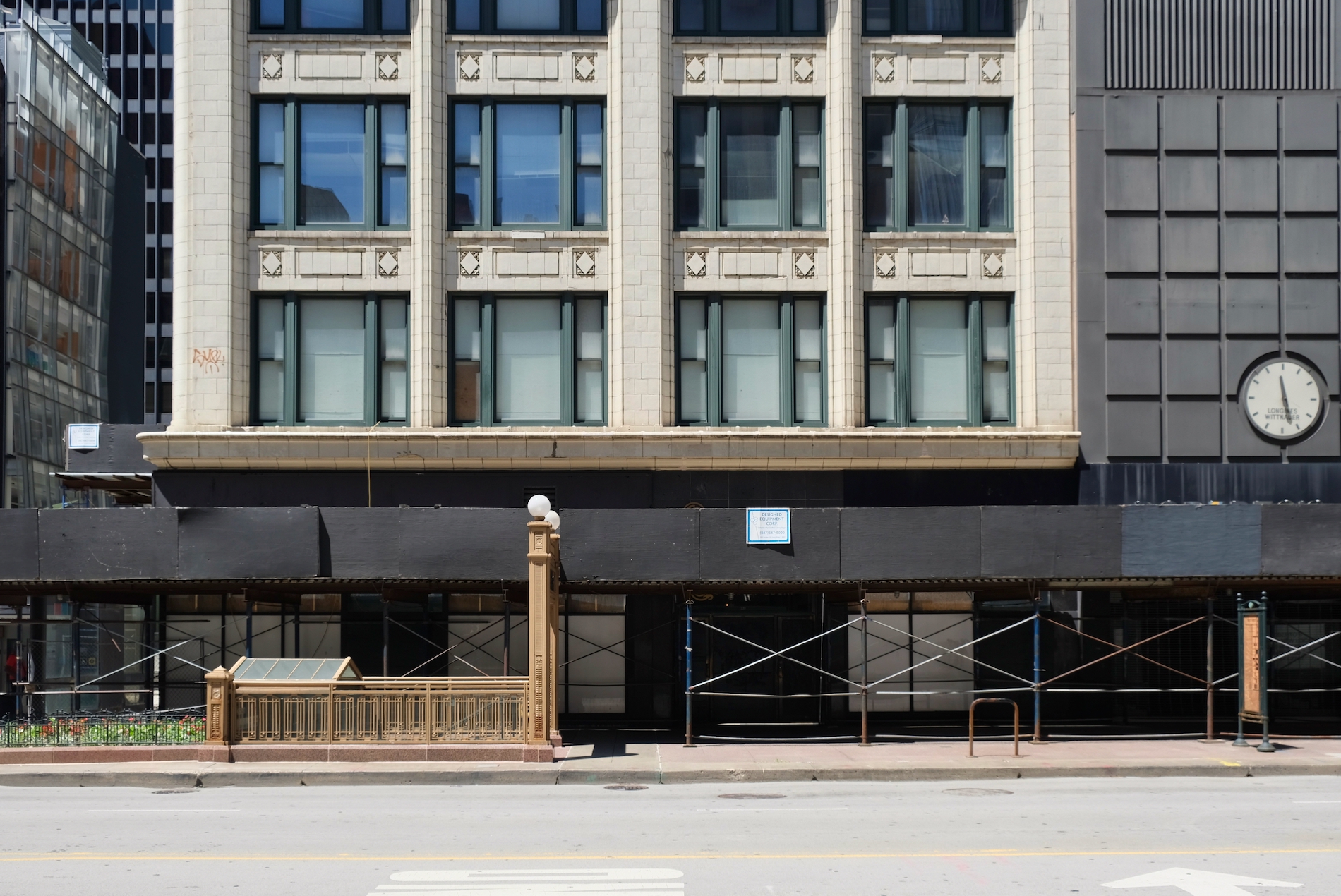 As detailed by Urbanize, the chief judge of the Northern District of Illinois Hon. Rebecca Pallmeyer joined the commission’s July meeting to highlight the plans for the demolition. Pallmeyer indicated that the site of the former buildings would become an open green space with the intention of opening up the State Street corridor while creating a buffer zone. Preservation Chicago, a nonprofit advocacy program devoted to preserving the historical aspects of Chicago’s built environment, has outlined adaptive reuse plans to transform the towers into archive, research, and storage programming for religious organizations. Pallmeyer did note that to her knowledge a formal proposal for Preservation Chicago’s vision had not yet been submitted, and that the GSA would be open to reviewing the submission. As part of the general process leading up to the demolition, the GSA would conduct reviews looking for viable alternatives, appearing to indicate some possibility that the structures could be saved without the city’s intervention. 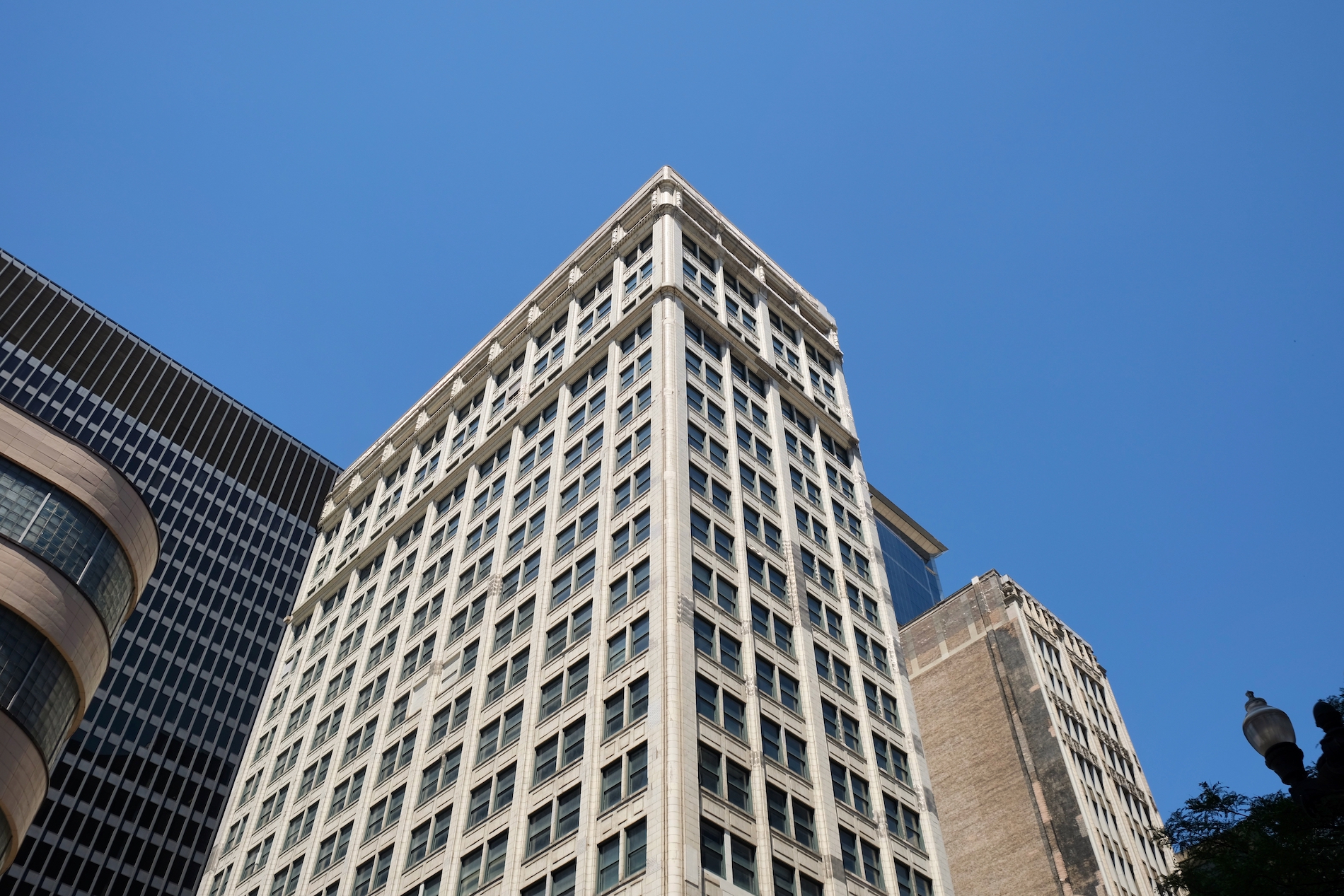 Preservation Chicago also started an online petition addressing both US Congress and U.S. Senator Dick Durbin of Illinois to walk back their demolition plans. As of July 12, the petition has garnered nearly 23,000 signatures, a testament to the public’s backing for these pieces of historic architecture. 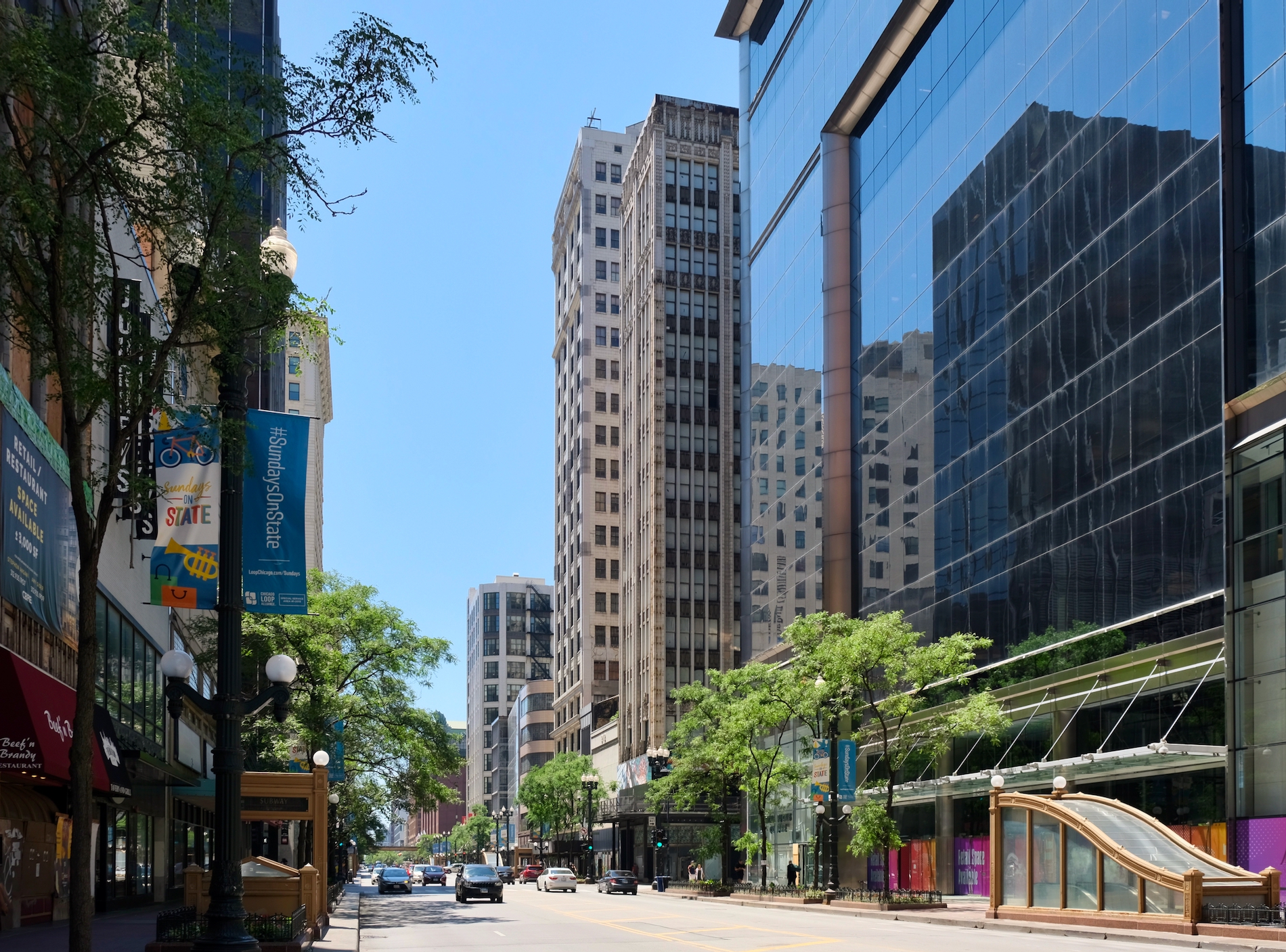 As for the next steps on the Landmark Commission’s end, its staff are now preparing a report to share at a subsequent meeting. A preliminary landmark report would follow, paving the way for a landmark recommendation to the City Council. A major question mark remains if the City were to designate the buildings as historical landmarks, and how the GSA would respond if they were still fully committed to demolition. Much in line with Preservation Chicago’s motto to “love your city fiercely,” a fierce standoff to save a piece of Chicago history may now be brewing.