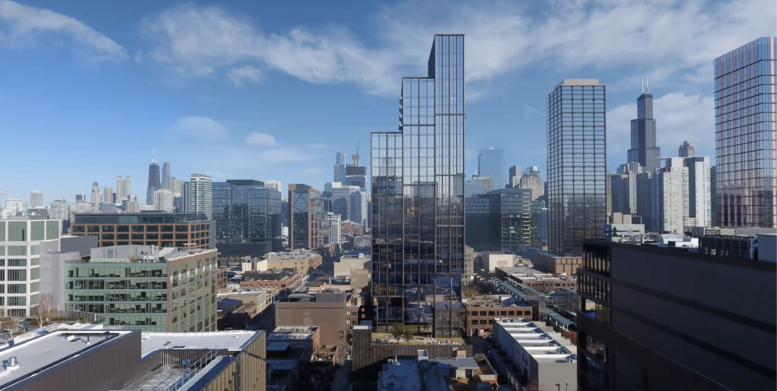 The Chicago City Council has approved the mixed-use development planned at 210 N Morgan Street in the West Loop. The developer on the project is New Castle and they’ve brought this project to fruition with help from Hartshorne Plunkard Architecture. The multi-level building will make a striking addition to the rapidly developing neighborhood. 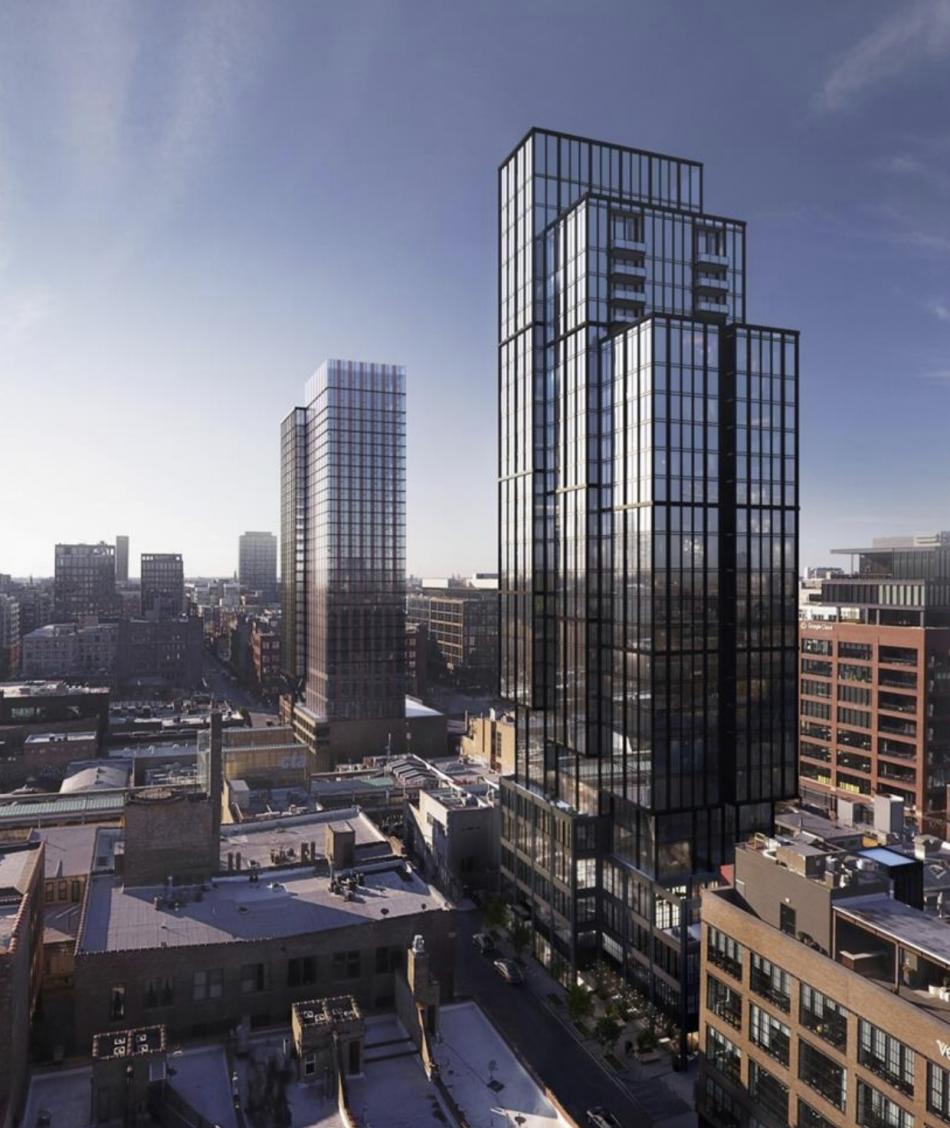 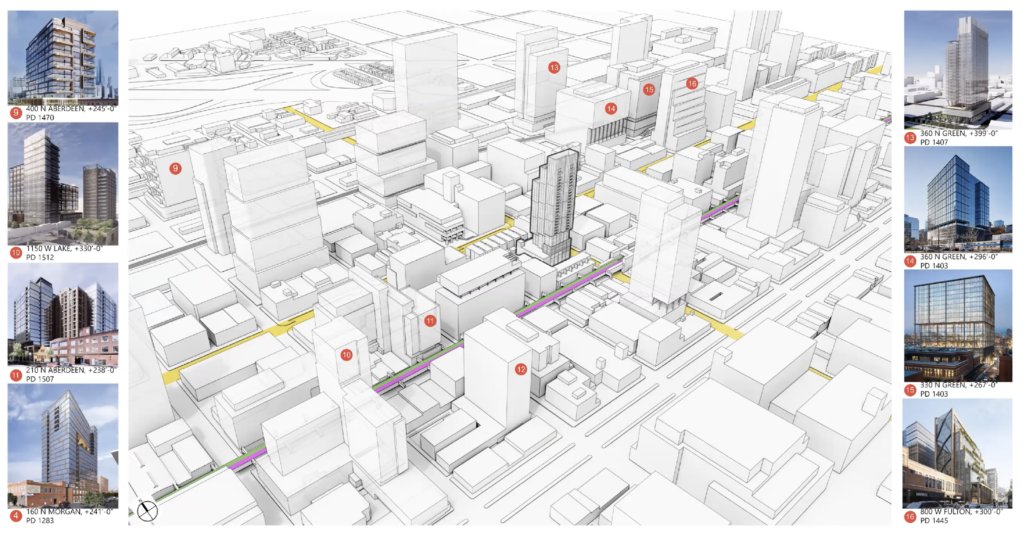 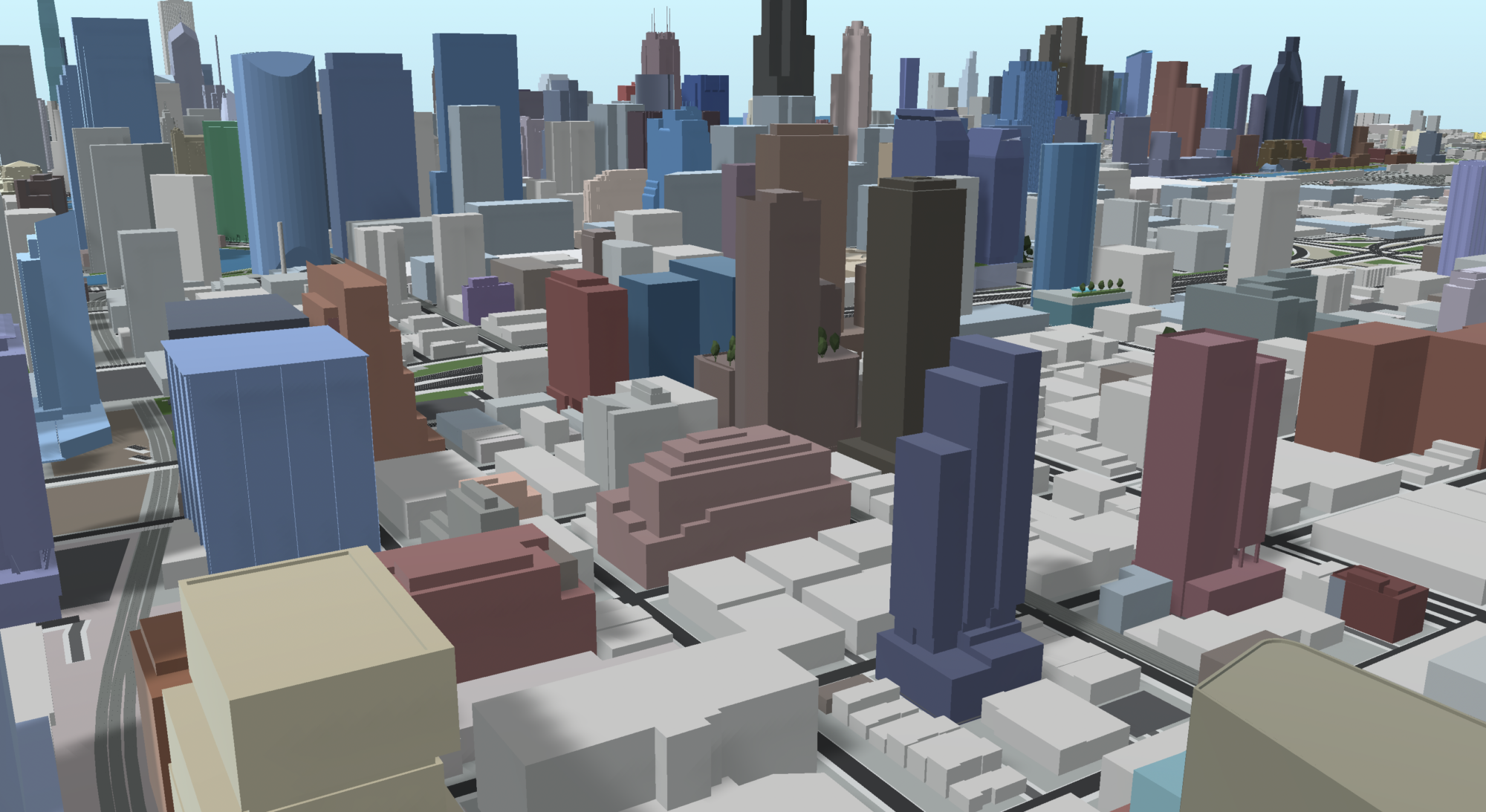 There were design changes based on the concerns brought forth by the Committee on Design late last year. The improvements to the design issued in April are meant to further emphasize the facade by adding horizontal spandrels that break up the massing and complement the vertical concave masonry. 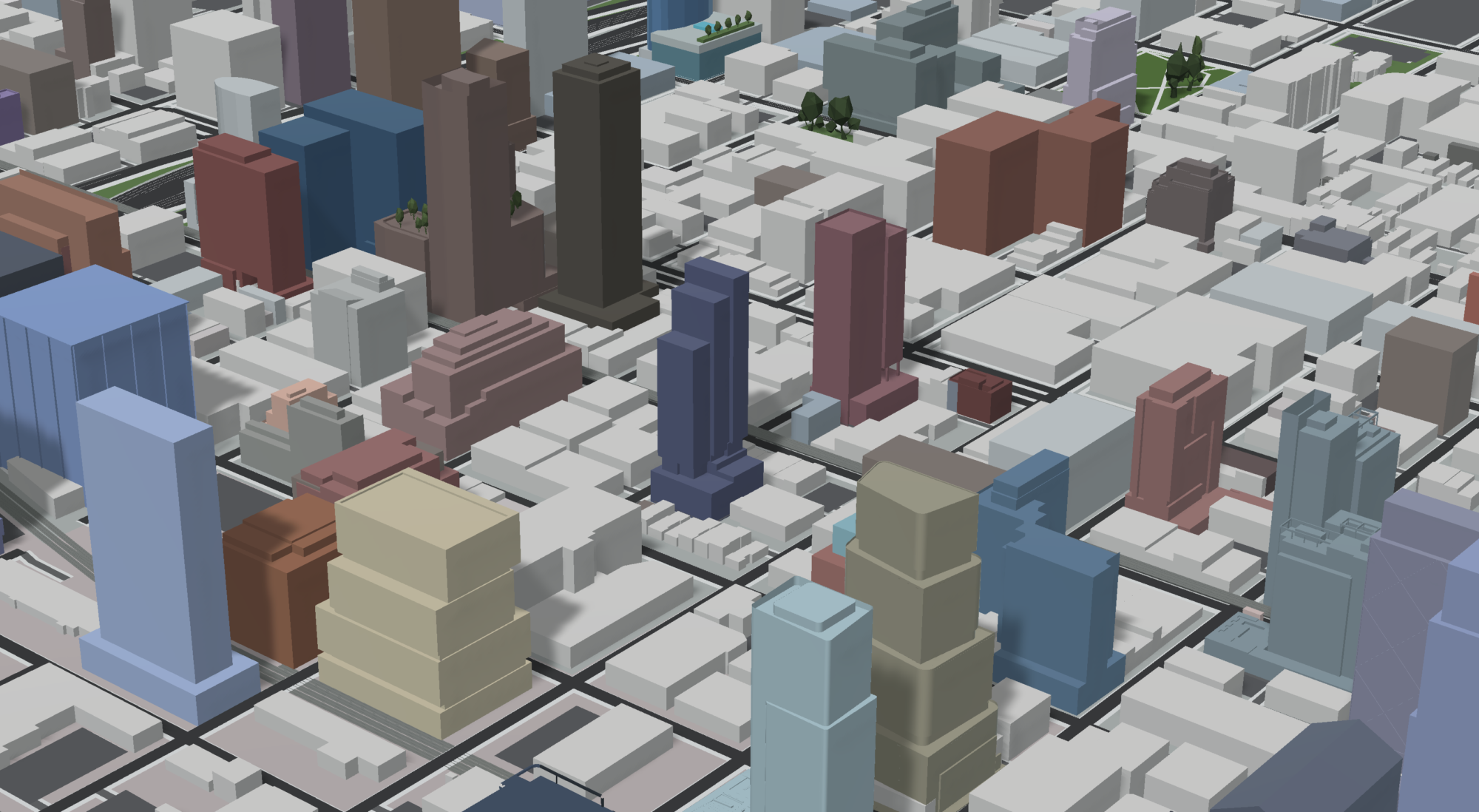 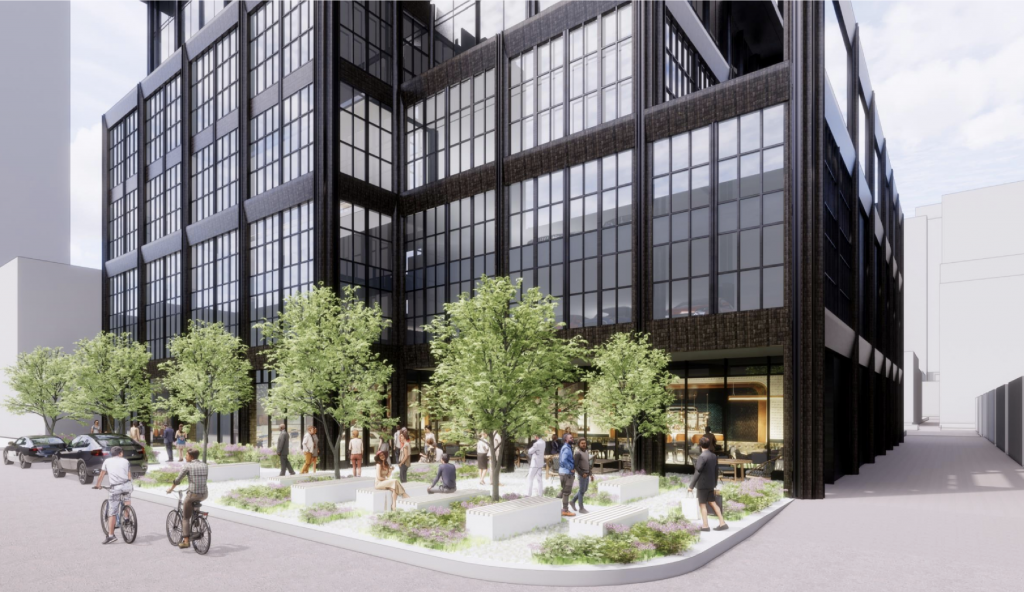 As previously reported, the finalized design will total 33 stories and 380 feet tall. The building will result in 204 residential units with a breakdown of 59 studios ranging from 500 to 520 square feet, 18 630-square-foot convertibles, 95 one-bedrooms which some will have an extra den ranging from 790 to 965 square feet, and 33 two-bedrooms ranging from 1,025 to 1,170 square feet. Approximately 20 percent of the apartments will be considered affordable and offered to those making 60 percent or less of the Area Median Income (AMI). As of the latest reports, New Castle is still working with the Department of Housing to be allowed an additional 10 percent of affordable units on site. 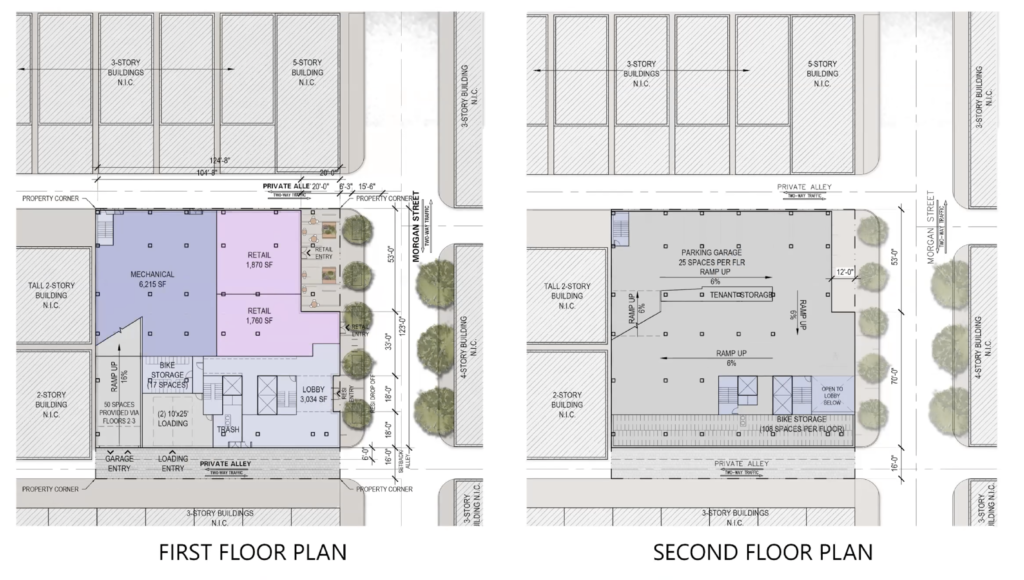 The nearby alley will be the entrance to the on-site parking garage. The garage will be able to house 50 vehicles and will have electric vehicle charging stations, as well as 118 bicycle parking spaces. Residents will also have access to plenty of amenities including an on-site gym, outdoor terraces, and a rooftop deck with a pool. 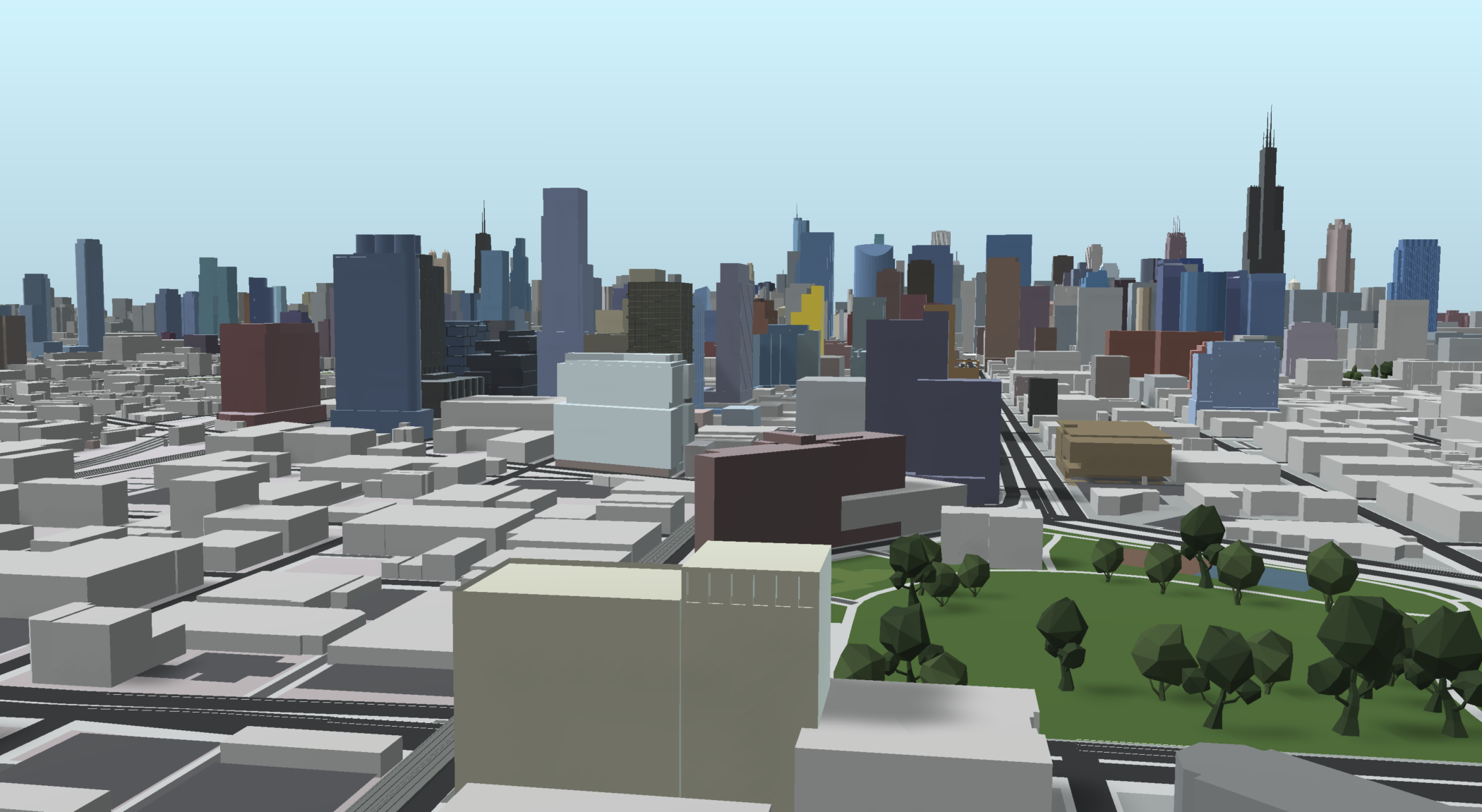 Future residents will have access to the CTA stations, and bus service for CTA Routes 8 and 65, all within a seven-minute walk of the property, as well as multiple Divvy bike stations readily on hand. 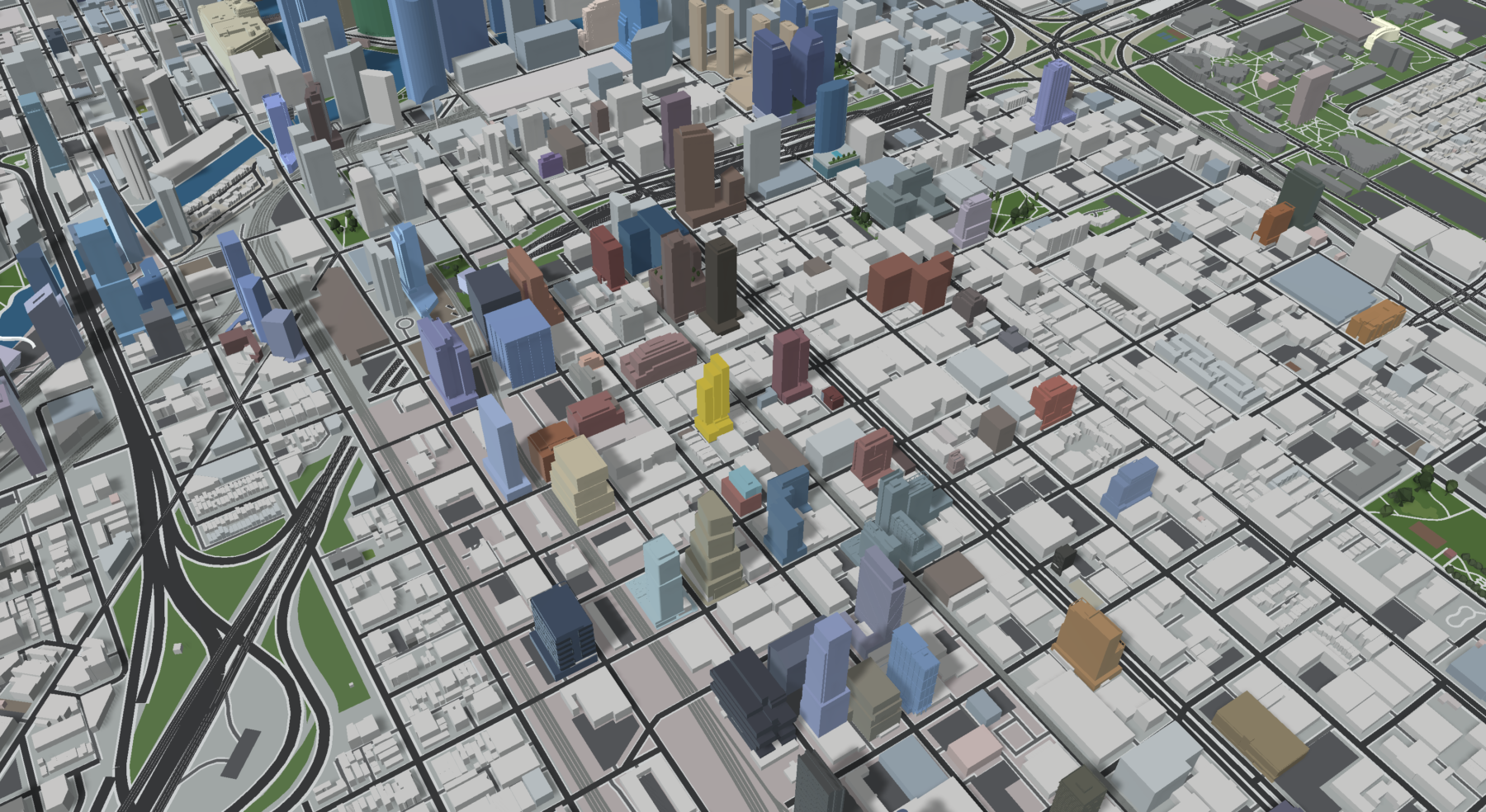 After securing Chicago City Council approval, developers can begin construction. New Castle has expressed that the project will likely need a full year before additional permitting efforts. Construction will likely start in summer 2023. There is an ambitious 18-month construction plan with a desired completion date somewhere between late 2024 and early 2025.