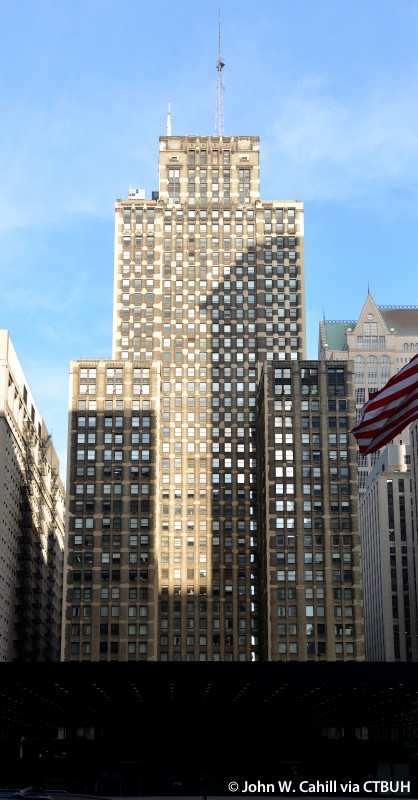 A 41-story Chicago Loop building facing foreclosure has the opportunity for apartment conversion. The Chicago office of CBRE has been hired to list more than 30 floors of the Clark Adams building located at 105 West Adams Street in the Loop. Owned by Blackstone and local developer Musa Tadros, the brokerage is advertising prospects for it to become apartments.

A conversion will be expensive, according to AmTrust Realty Chicago head Patrick Kearney, who was recently hired to oversee AmTrust Realty’s Chicago portfolio. AmTrust is already involved in $100 million in renovations to upgrade offices and isn’t involved in this possible deal.

The Clark Adams Building has had vacancy trouble for years. Back in 2019, the Chicago-based developer City Pads rolled out a plan to convert the building into co-living apartments. At the time the company couldn’t reach a deal with Musa Tadros, which is still facing a $22.8 million foreclosure lawsuit.

Many office towers in The Loop stand largely unused, making them ideal candidates for conversion into residential projects. Experts from the Urban Land Institute have urged city officials to free up tax incentives to facilitate these possible transformations.

Blackstone has currently defaulted on $274 million loans. These loans are backed by the Club Quarters hotels on the lower floors of the Clark Adams building as well as three others in Boston, San Francisco, and Philadelphia. The loan’s servicer “is evaluating options to determine workout strategy including pursuing foreclosure,” according to Crain’s report, citing Bloomberg.