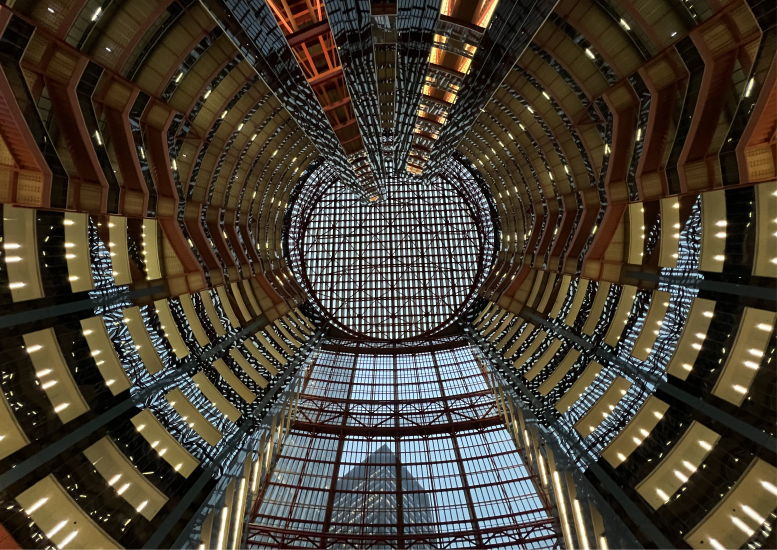 The State of Illinois has officially signed a contract selling the Thompson Center at 100 W Randolph Street in The Loop. The controversial but architecturally significant building located on the corner with N Clark Street will now receive a multi-million dollar renovation that will forever change its appearance and use. The winning bid for the center came from the Prime Group headed by Michael Reschke with JAHN Architects, the firm of the center’s original architect Helmut Jahn, leading the design efforts for the renovation. 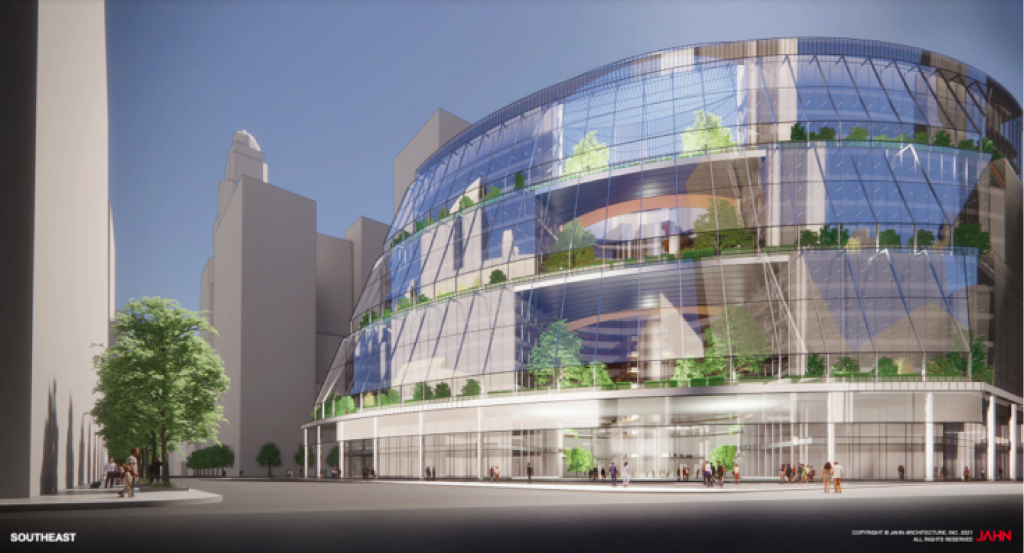 The massive mid-rise appears shorter than it is as it consumes a whole city block adjacent to City Hall, rising 308 feet in height with a 160-foot-tall rotunda space that pierces through all floor, the building was originally constructed to serve as a second state capitol in the largest city. The soaring atrium is illuminated by a slanted skylight and wall opening facing south east capturing the morning sun and framing downtown, around it are open corridors, and red-colored exposed vertical circulation elements that portray a dynamic image of openness 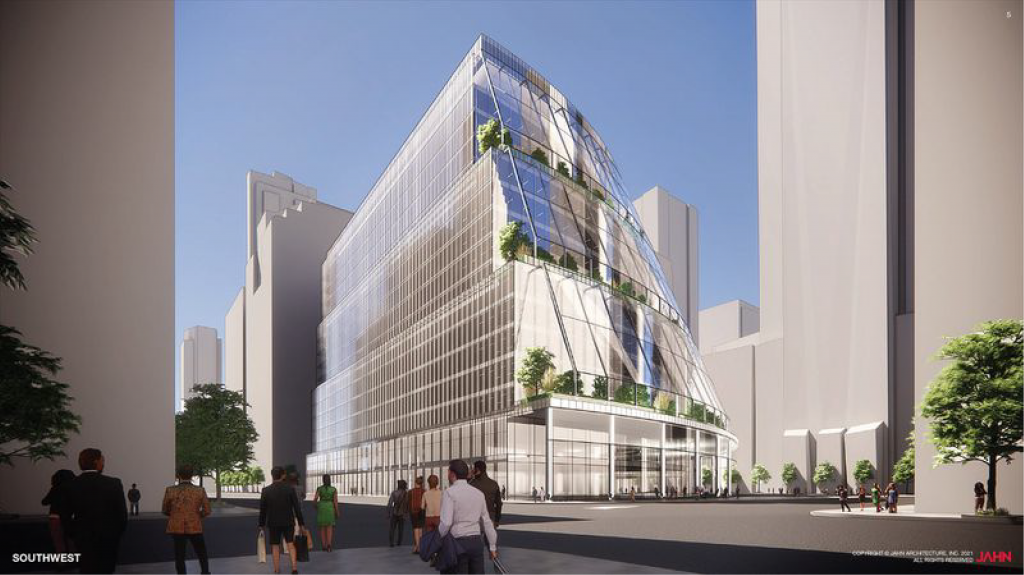 The same things that make the structure unique also make it expensive, the state pays roughly $17 million a year in maintenance and has roughly $325 million in deferred repairs it needs to perform. The sale alleviates the state from those debts, with the contract now signed, Prime Group will pay $70 million to take over the land this summer and execute a gut rehab of the facility including opening the atrium to the outdoors and enclosing the work floors to reduce heat expenses, as well as renovated all of the floors. 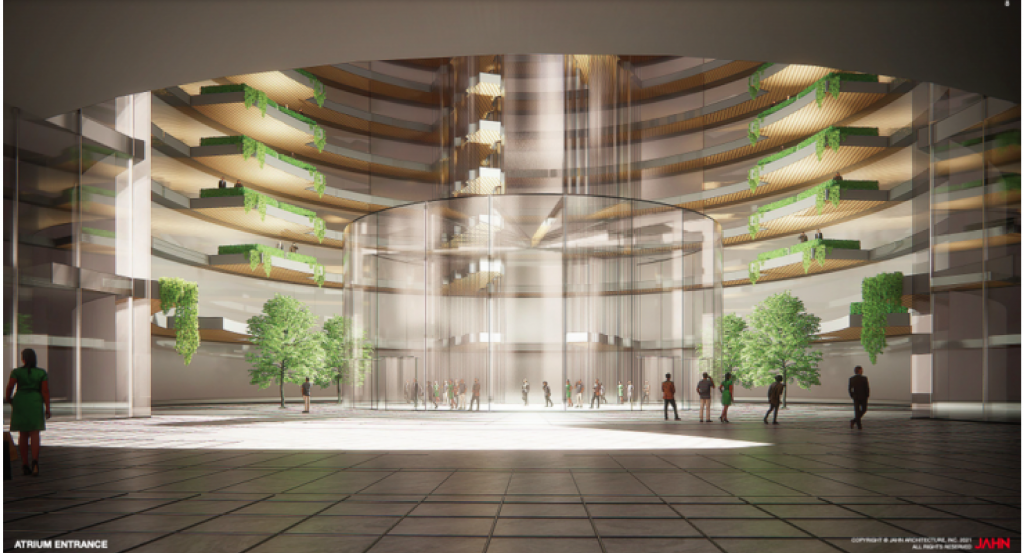 The work will include offices for various state departments that will occupy the second to seventh floors at around 427,000 square feet which the state will buy back for $146 million after renovations in 2024. The new space will include access to some of the new outdoor terraces that will be built on the structure’s angled facade, the CTA State and Lake station will also continue to operate including during construction on site, while some jobs will be transferred to the nearby tower at 555 W Monroe Street. 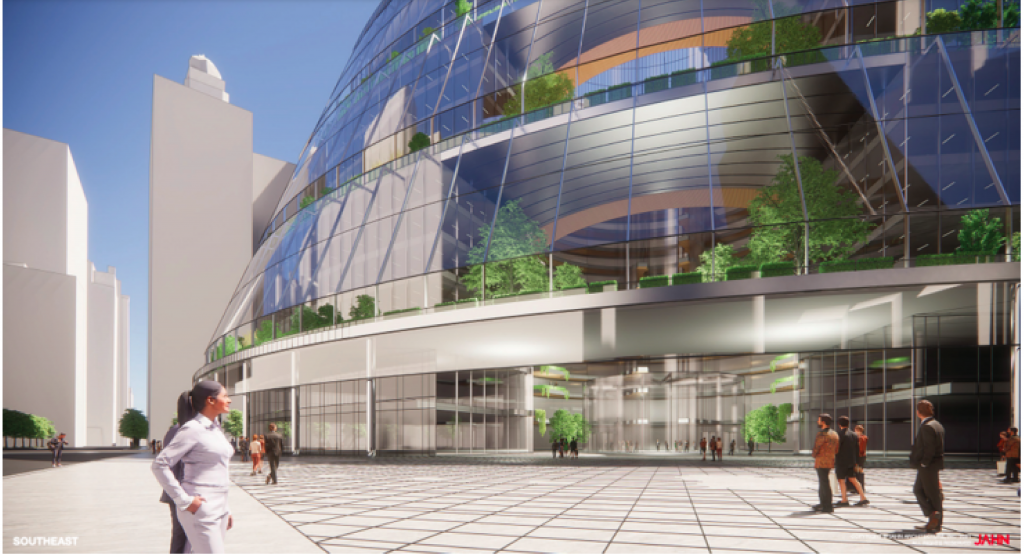 The larger construction project will cost around $280 million for the 1.2 million-square-foot structure, this includes the aforementioned reconstructed atrium, new vertical circulation, new entry plaza and ground floor with retail, completely renovated office spaces, new exterior cladding with added terraces, and the potential for a hotel component to be added. Work on this is expected to begin this year with much of it completed by 2024, and final touches wrapping up in 2025. As to whether any of the Post-Modern color elements will remain has yet to be announced.