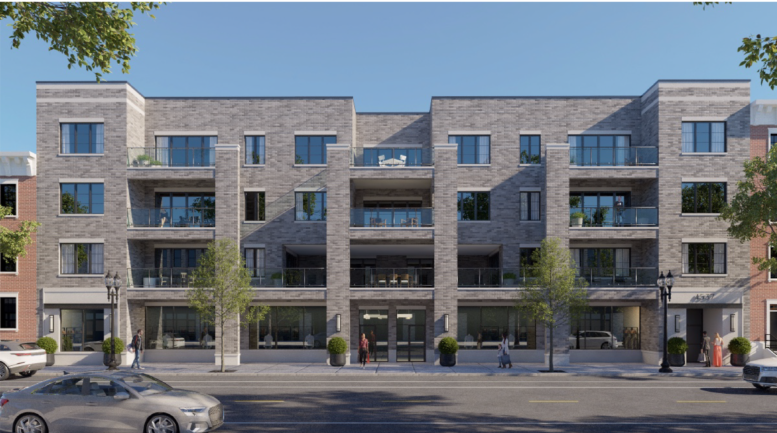 Permits were finally issued this week for a mixed-use development at 4537 N Clark Street in Uptown. YIMBY previously reported on the controversial building in January when renderings were revealed. The permit indicates that the four-story build will have 14 dwelling units with three-bedroom layouts. The first floor will also hold two commercial spaces separated by the residential lobby. There will be 15 parking spaces at the rear of the building. Residents will have access to private balconies facing N Clark Street as well as a large rooftop deck.

Michael S Cox is listed as the structural engineer of record. The current renderings indicate the building will have a gray masonry facade with stone detailing around the windows. The building’s planned balconies are also visible. The developer Longford Design + Construction is also the general contractor for the $3.5 million build. With the issuance of this permit, it’s likely that ground will be broken in the upcoming summer months.

Future residents will find a number of accessible transit options including Route 22, which is directly opposite the planned site. There are also a number of entertainment options including the Black Ensemble Theater group. This build is also within a 10-minutes walk of the CTA L Wilson Station where the red, brown, and purple lines can be boarded.