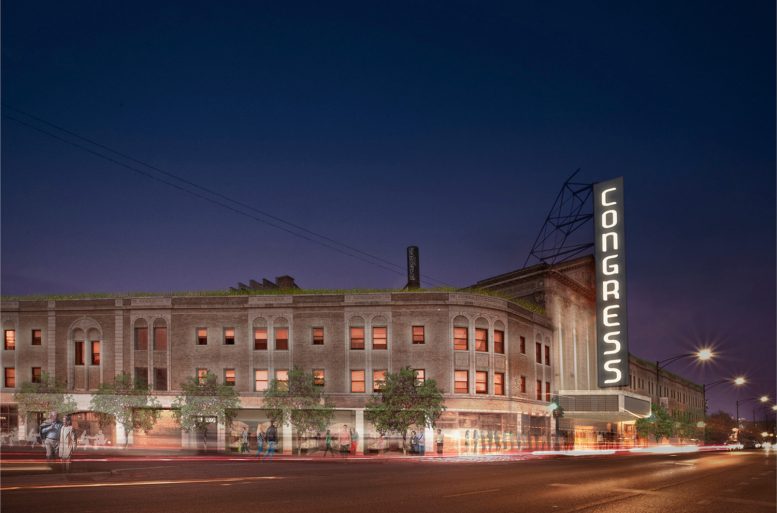 The Chicago Department of Planning and Development has introduced a motion to provide partial funding for the renovation of the long-vacant Congress Theater at 2135 N Milwaukee Avenue in Logan Square. Located on the intersection with N Rockwell Street, the historical movie house has been in the process of securing a redevelopment for many years with local developer Baum Revision taking over the property mid-2021, working with Woodhouse Tinucci Architects on the new vision for the city landmark. 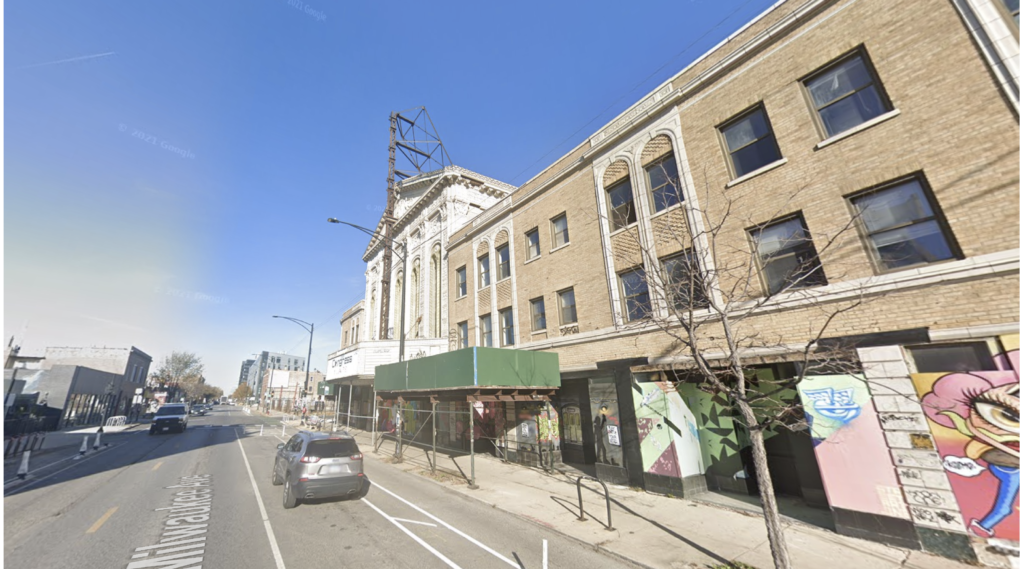 Built in 1926, the historical structure is designed in both Classical Revival and Italian Renaissance styles and held nearly 2,900 moviegoers, 17 retail storefronts, and 56 apartments upon opening. Since then it became a 3,500 person live-music venue before being shut down due to multiple safety violations in 2013 and has been sitting vacant since then. It was purchased in 2014 by Michael Moyer whose restoration plan included a large housing component on the adjacent land but failed before being bought by Baum Revision.

Last summer Baum Revision was moving forward with part of the previous investors plans, this included a full historical restoration of the theater, retail, and housing spaces, along with facade repairs, new mechanical and electrical systems, and new windows matching the existing. Although it scrapped the multi-unit residential component across the street as it wasn’t land included in the deal, Baum planned to restore the storefronts to match the original, along with a small 35 to 50 room hotel within the existing structure with no additional parking included. 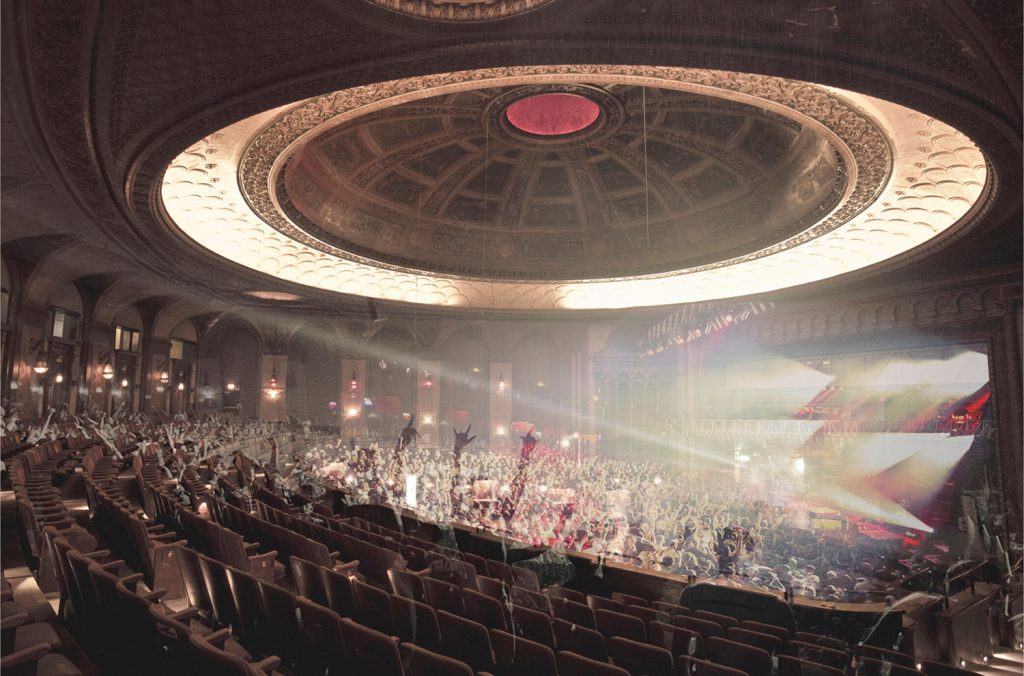 Since then plans have slightly changed based on the current documents, the $70.4 million redevelopment has been slightly downscaled with the removal of the aforementioned hotel component. Updated plans call for the complete refurbishment of the theater space with its original 2,900 seating capacity for live music and theater performances which will be operated by global conglomerate Anschutz Entertainment Group, commonly known as AEG who operate the likes of Wintrust Arena and Soldier Field. 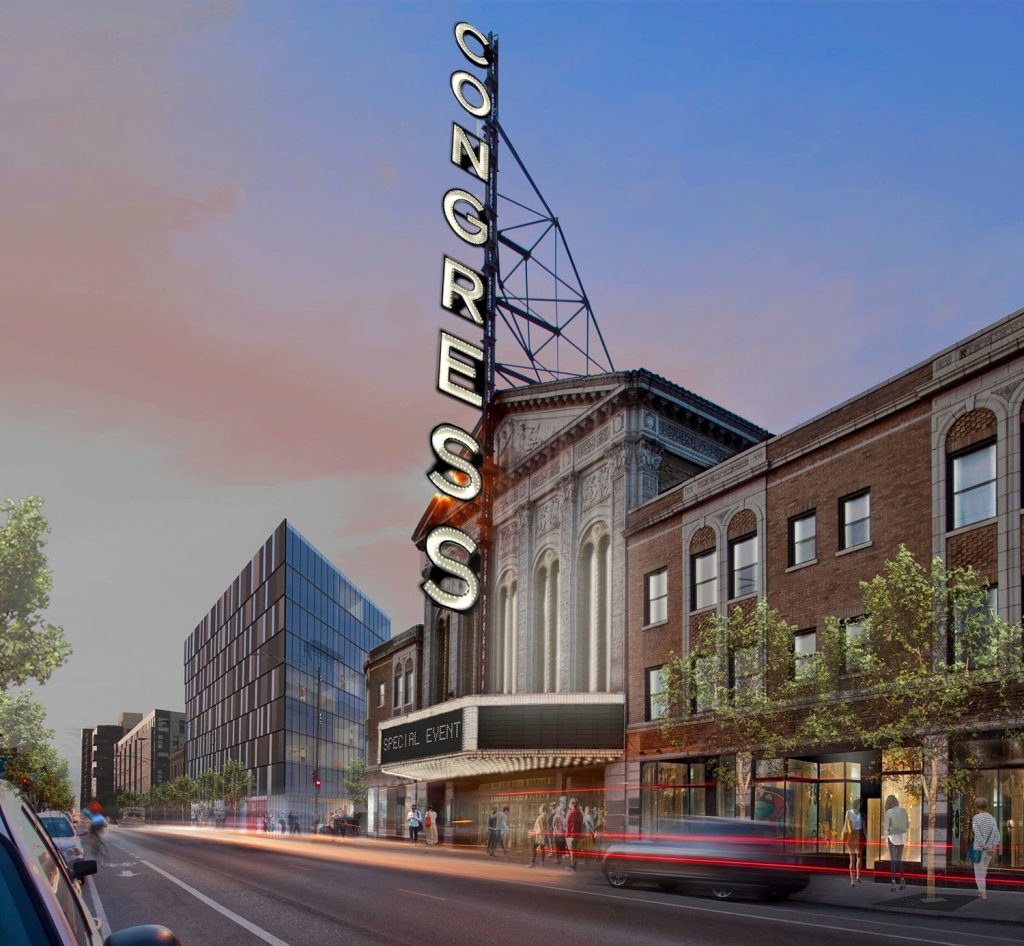 Along with the extensive restoration of the performance space, the building will also see its restored retail split into 14 new spaces for lease on the popular Milwaukee Avenue corridor approved for both dining and shopping uses. Also moving forward will be the small residential component within the existing structure, 20 new residential units will be created out of existing rooms, of which 18 will be affordable, in past proposals these were all studios measuring roughly 420 square feet. While the hotel isn’t currently included, the space is there for future use. 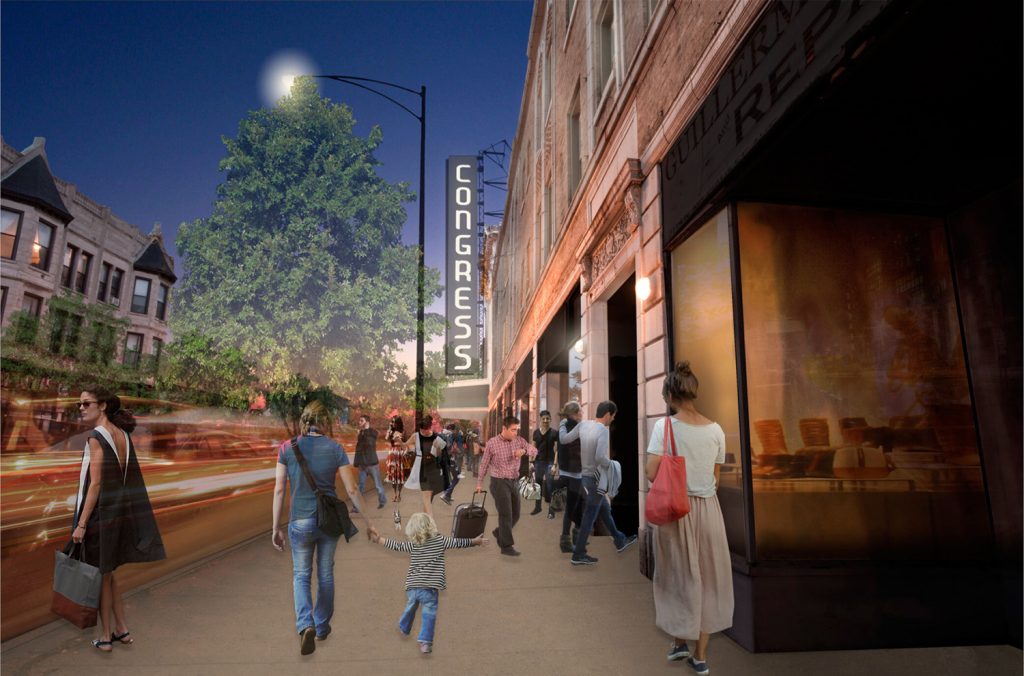 The funding package which was originally scheduled to be approved late 2021, will consist of a $20 million subsidy from the Fullerton/Milwaukee Tax Increment Financing (TIF) pool, this will allow for the project to become feasible for the developer with the potential to create nearly 125 new jobs according to the Sun Times. The project originally planned to break ground late last year, however the funding package will still have to go through various levels of city approval before the approved design could move ahead.