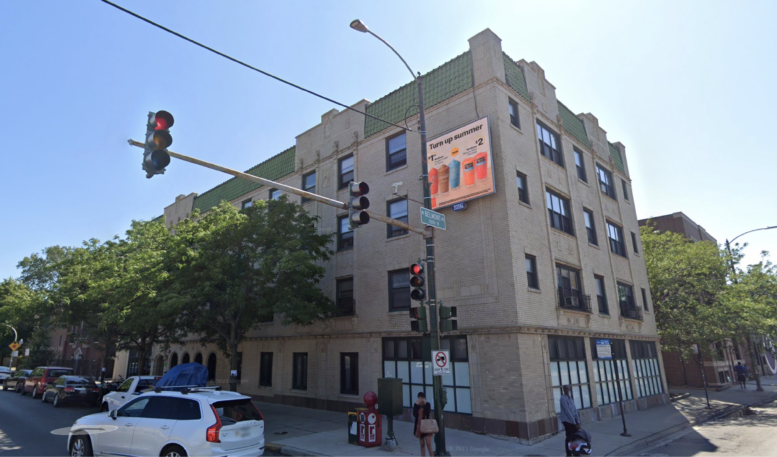 Updated details have been revealed for a new residential expansion to an existing building at 3150 N Racine Avenue in Lakeview. Located on the southwest corner with W Belmont Avenue, the existing building is owned and operated by Mercy Housing as supportive apartments. Developer Belray Limited has tapped local designer Landon Bone Baker for the expansion to the affordable housing project that will replace the adjoining parking lot with added units. 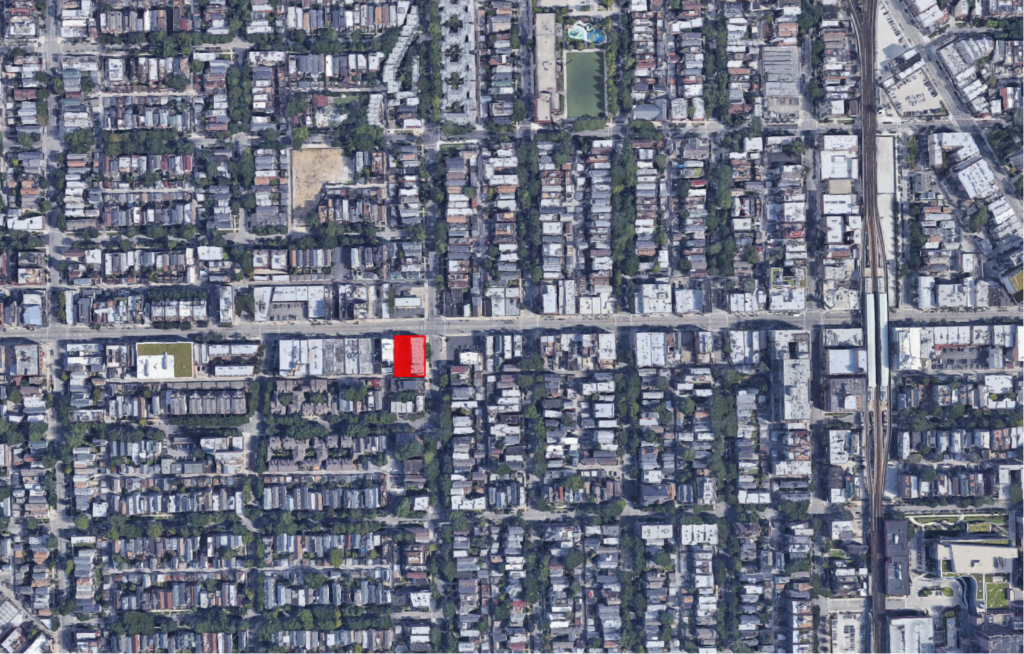 The current four-story, 46-foot-tall structure was designed by Dennis Langley of Weese Langley Weese Architects in the 1920’s with an ornate glazed-brick facade composed of crests, inset patterns, and archways topped with green terracotta roof detailing. Renovated by Mercy Housing in 1999, the building holds 70 low-income housing SRO averaging 200 square feet each, the project will renovate those apartments and remove 10 units for other uses. 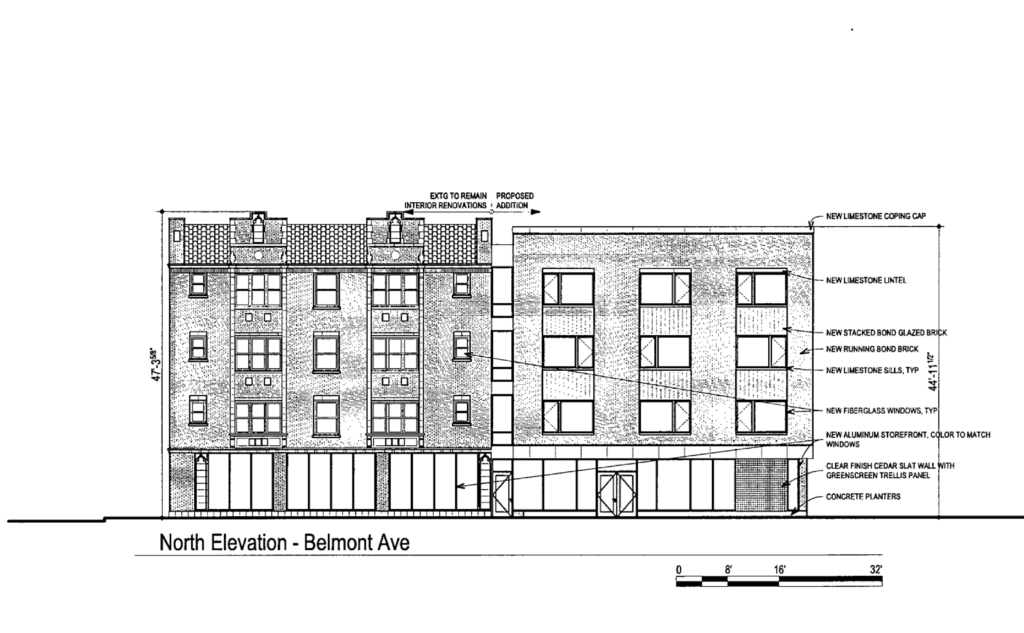 Located directly west of the existing structure, the four-story addition will match the roofline without any ornamentation and bring an additional 35 SRO units while completely removing all of the on-site parking. With a total of 95 units in the end, it is unsure if Mercy will continue to offer supportive housing for the homeless on-site, but residents will continue to have access to laundry facilities, communal rooms and kitchen, art therapy, and leadership programs. 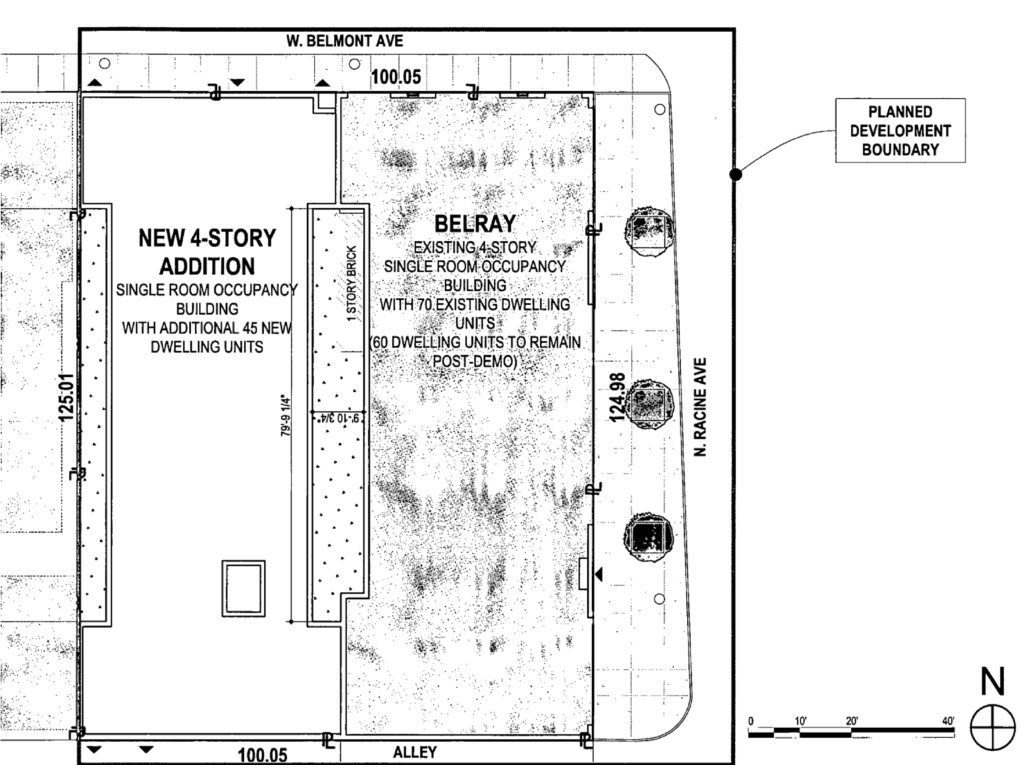 Future residents will have access to plenty of transit options with the CTA bus Route 77 on the building corner, a Divvy station across the street, and the CTA Brown, Purple, and Red Lines at the Belmont stop via a five-minute walk. No formal timeline has been established for the project which was originally introduced in 2019 with 105 units, it was also pulled from the most recent Plan Commission meeting and will need to seek approval before any construction can begin.