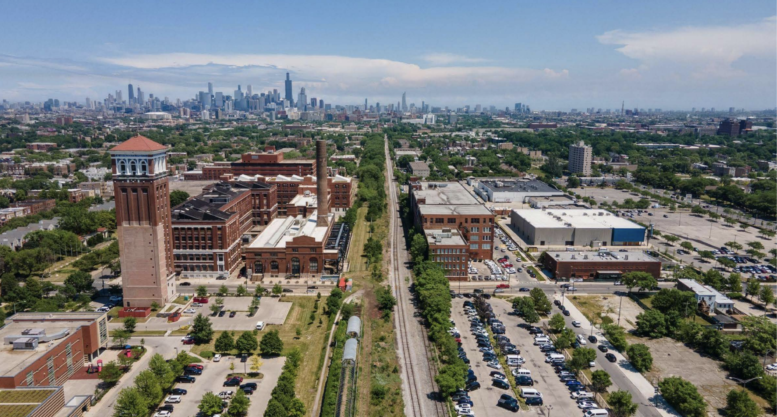 Initial details for the framework of a new elevated trail on the west side spanning Homan Square and North Lawndale have been reviewed by the Committee on Design. In what is a first for the committee, the plan for the ‘Altenheim Line’ was presented by the Department of Planning and Development who is working with the Chicago Department of Transportation and Department of Housing, along with the design team consisting of SOM, HOOD Design Studio, and Latent Design.

The project will be a rails-to-trails concept similar to that of the popular 606 on the north side and the proposed Paseo Trail nearby in Pilsen, with the current tracks owned and operated by CSX Transportation although they are solemnly used. Running between S Kostner Avenue on the west and S California Avenue on the east, the trail will share the existing elevated structure with the train still allowing for plenty of recreational space with sections of the platform ranging 46 feet to 120 feet in width.

With much of the structure already abandoned and being taken back by local residents and nature, the designers first met with the community to guide the re-use design. Through multiple meetings, the desires were narrowed down to integrating the history of the area and site, utilizing the existing ecology, and building areas for arts and gathering. Naturally only a small farm uses a portion near S Homan Avenue with the rest filled with heavy foliage, identified as either a meadow, garden, or forest, all of which became the main themes for each section of the plan moving forward.

The roughly two mile trail will have nine access points, five of which could potentially be marked by large gate monumental structures, and will address the desired changes. Aside from green areas, currently proposed program area starting from the west are;

Rendering of cinema area by SOM, HOOD, and Latent Design 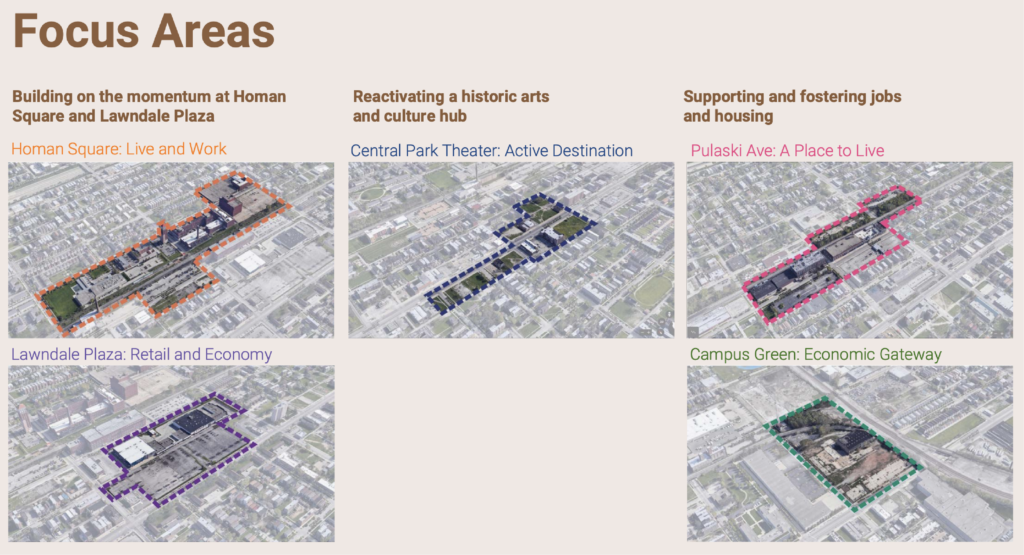 Along with the line, Latent Design looked at a larger development area from the Eisenhower Expressway down to Roosevelt Road for areas of growth, narrowing it down to five zones to focus on. Although the relatively young population of 67,428 surrounding the trail is large, there are a lot of empty lots waiting to be built on, with a mix of housing, commercial, and parking, the five zones are; 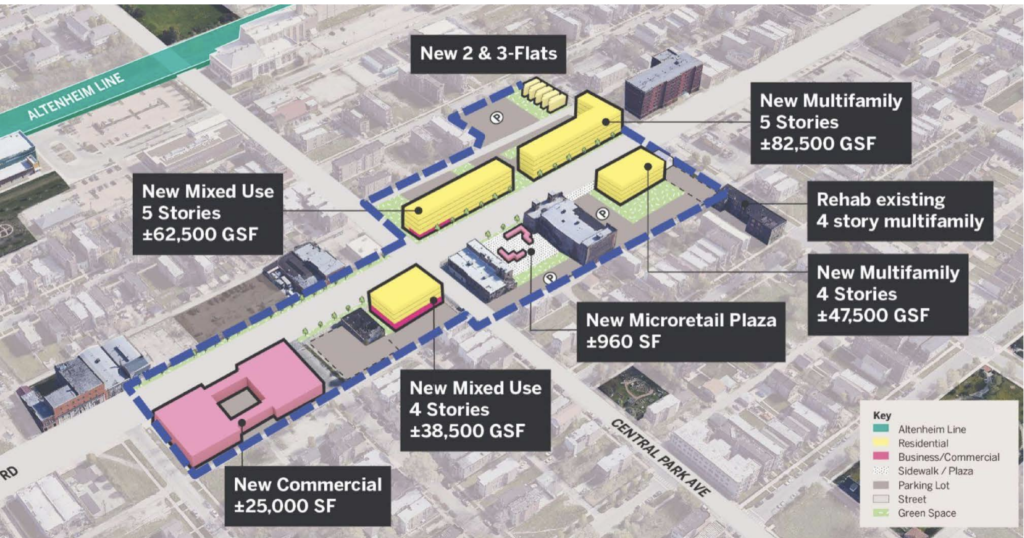 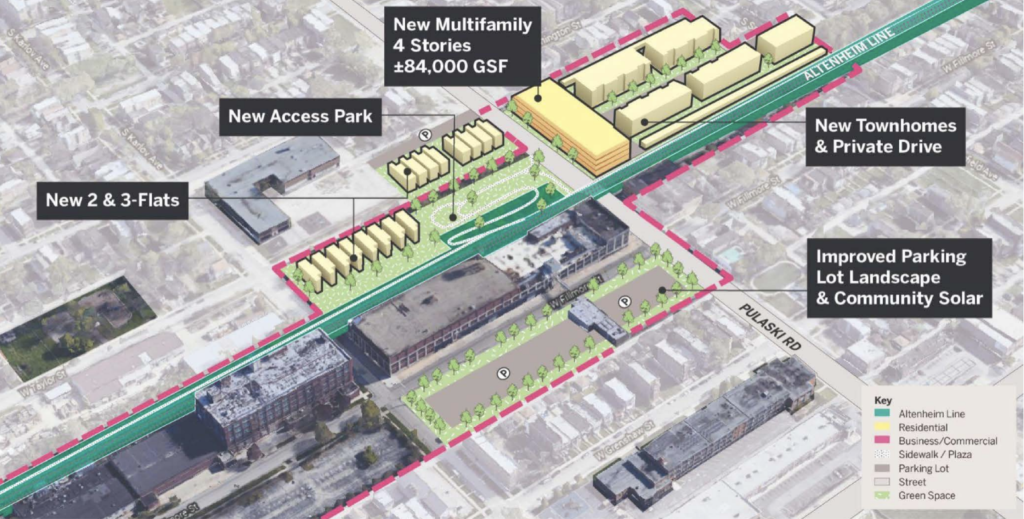 Rendering of performance space by SOM, HOOD, and Latent Design

At the moment everything proposed is conceptual as the formal drawings for the trail are currently being produced and expected to be finalized in February of 2022 with the input of the committee being taken into consideration. The development areas are also proposed as part of the framework with mostly just placeholders, it is also unknown who would operate the trail as part of the process moving forward is discussions with the park district. Funding will also need to be secured before proceeding with further design phases, and if approved the trail would be built over many years.