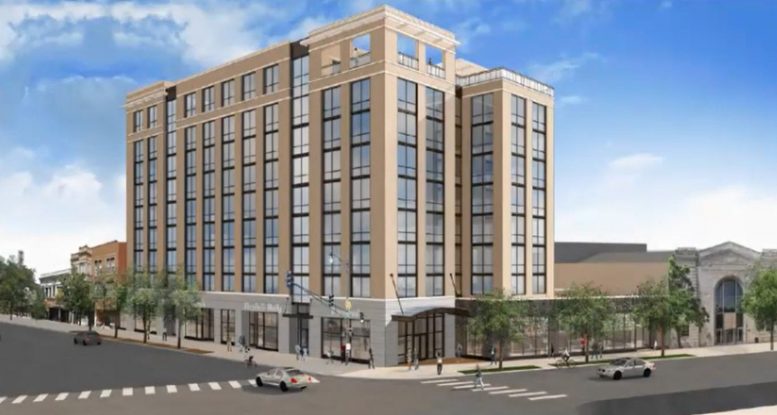 A permit has been issued for the foundation and first two floors of 4611 N Broadway, a nine-story mixed-use building planned in Uptown. Prior to construction, the site was occupied by two single-story masonry buildings, which were demolished earlier this year.

Site of 4611 N Broadway prior to demolition, via Google Maps

Co-developers John Buck Company and Free Market Ventures have planned for 12,000 square feet of ground-floor mercantile space, as well as 200 apartments on the upper levels. Of these units, 154 will be studios, 28 one-bedrooms, 16 two-bedrooms, and two three-bedrooms. Five units made up of four studios and one one-bedroom will be affordable. 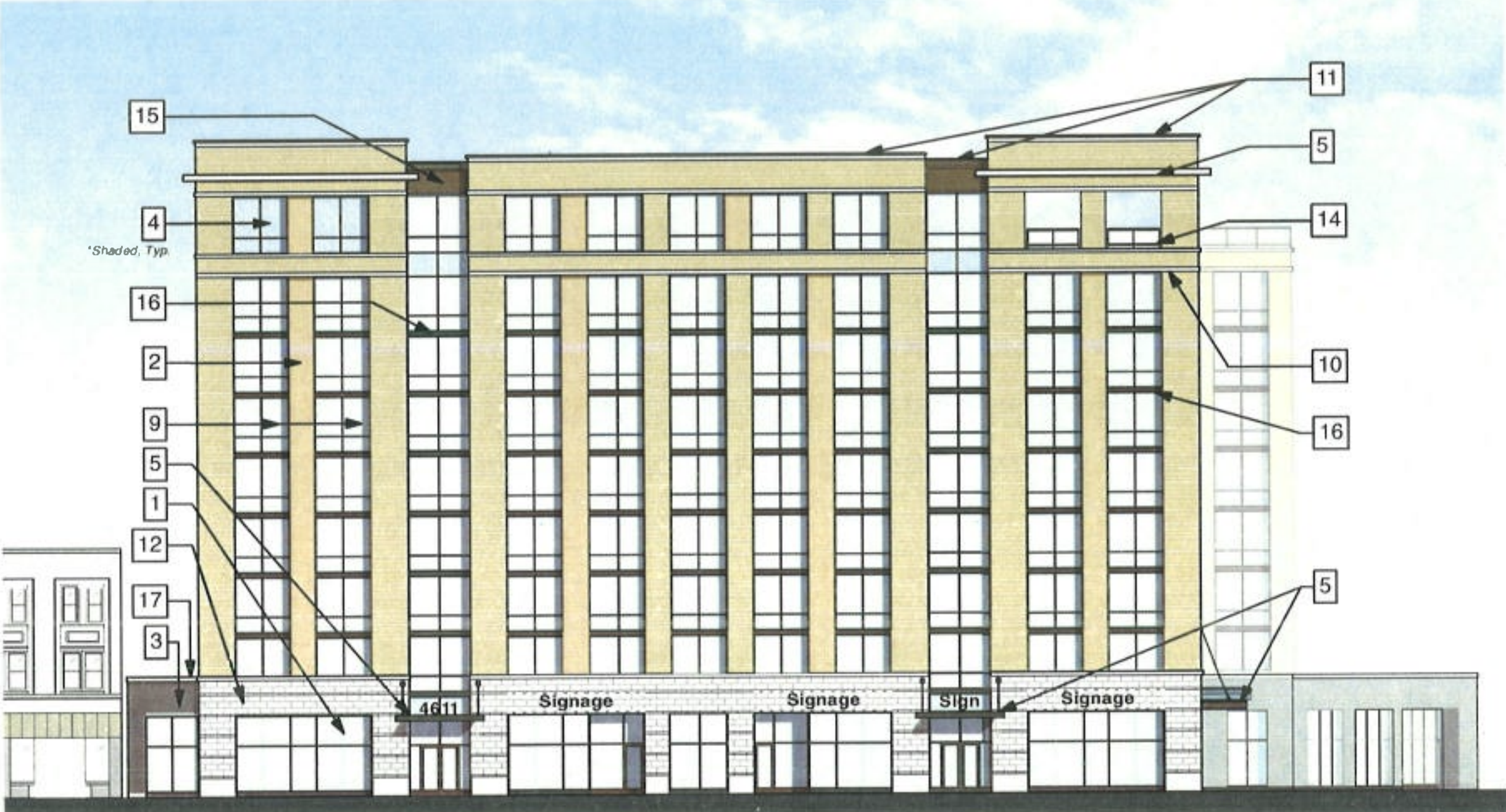 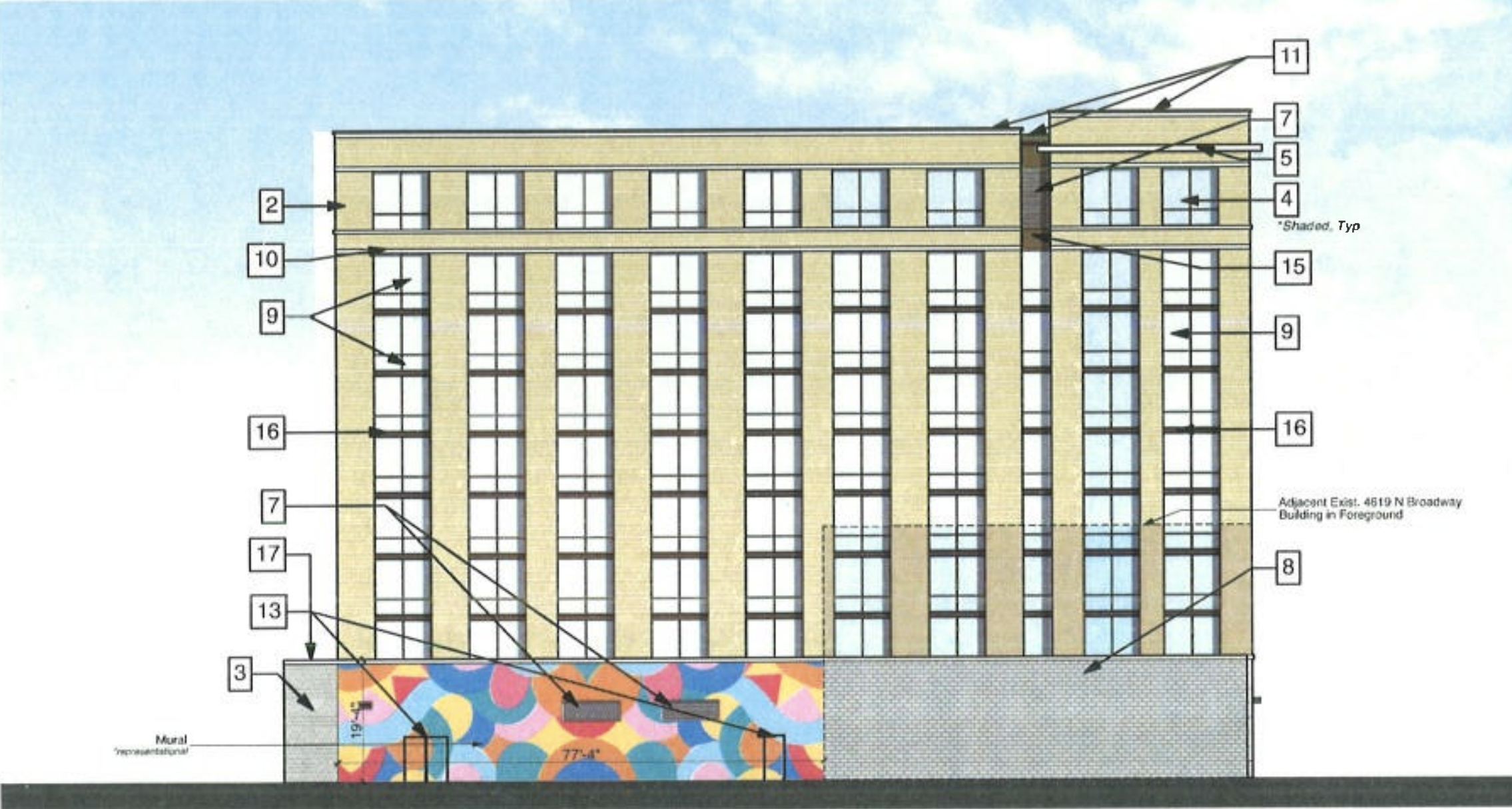 The architect, Pappageorge Haymes, has planned a tan face brick facade with aluminum slab edge covers and decorative stone bands. The ground floor involves a combination of white cast stone cladding, charcoal-colored face brick, and a pre-finished aluminum storefront system. As seen in drawings and renderings, the southern edge of the tower’s ninth floor will also include a rooftop amenity terrace. Other amenities include a game lounge and fitness center, also on the ninth floor. 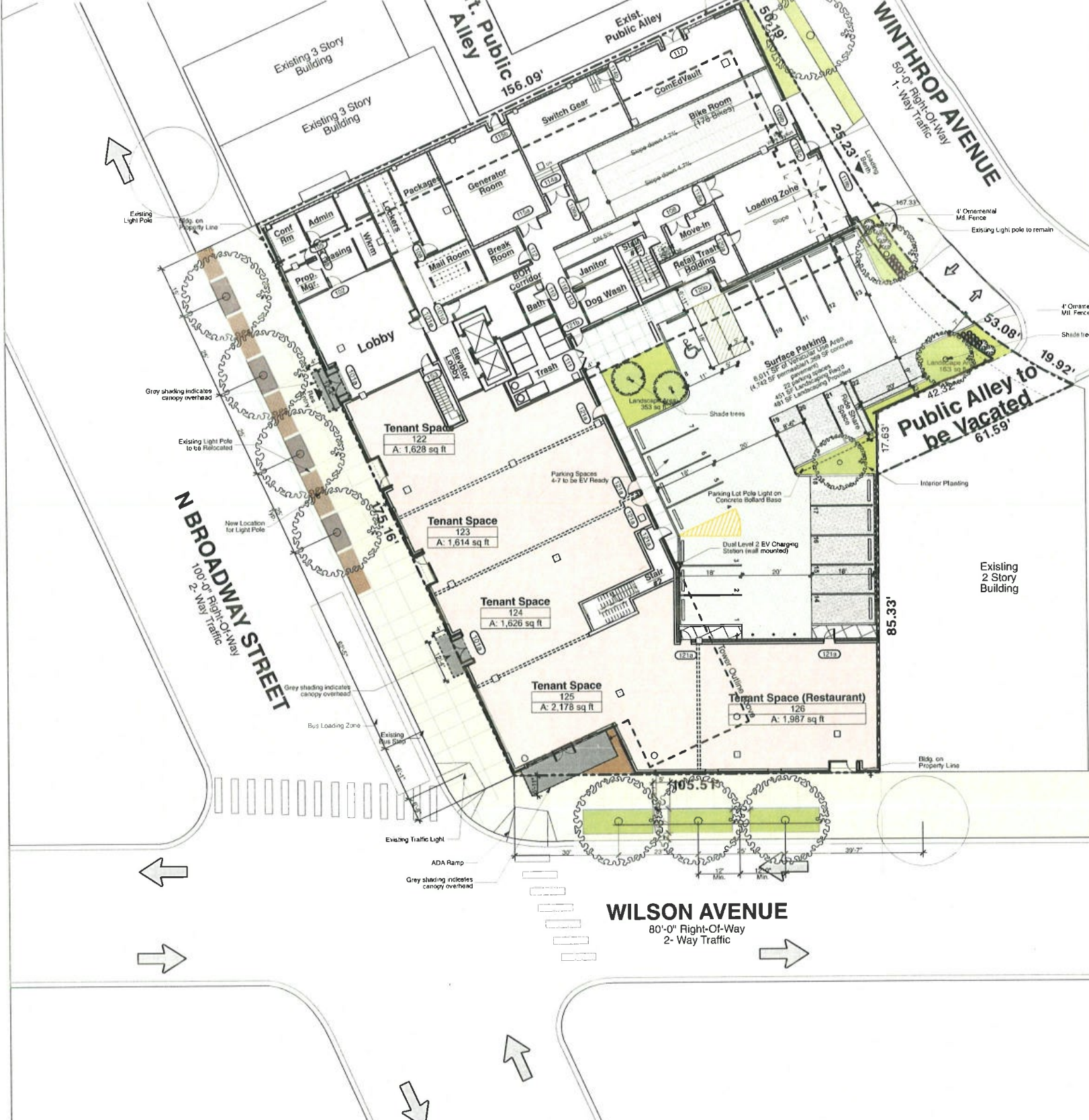 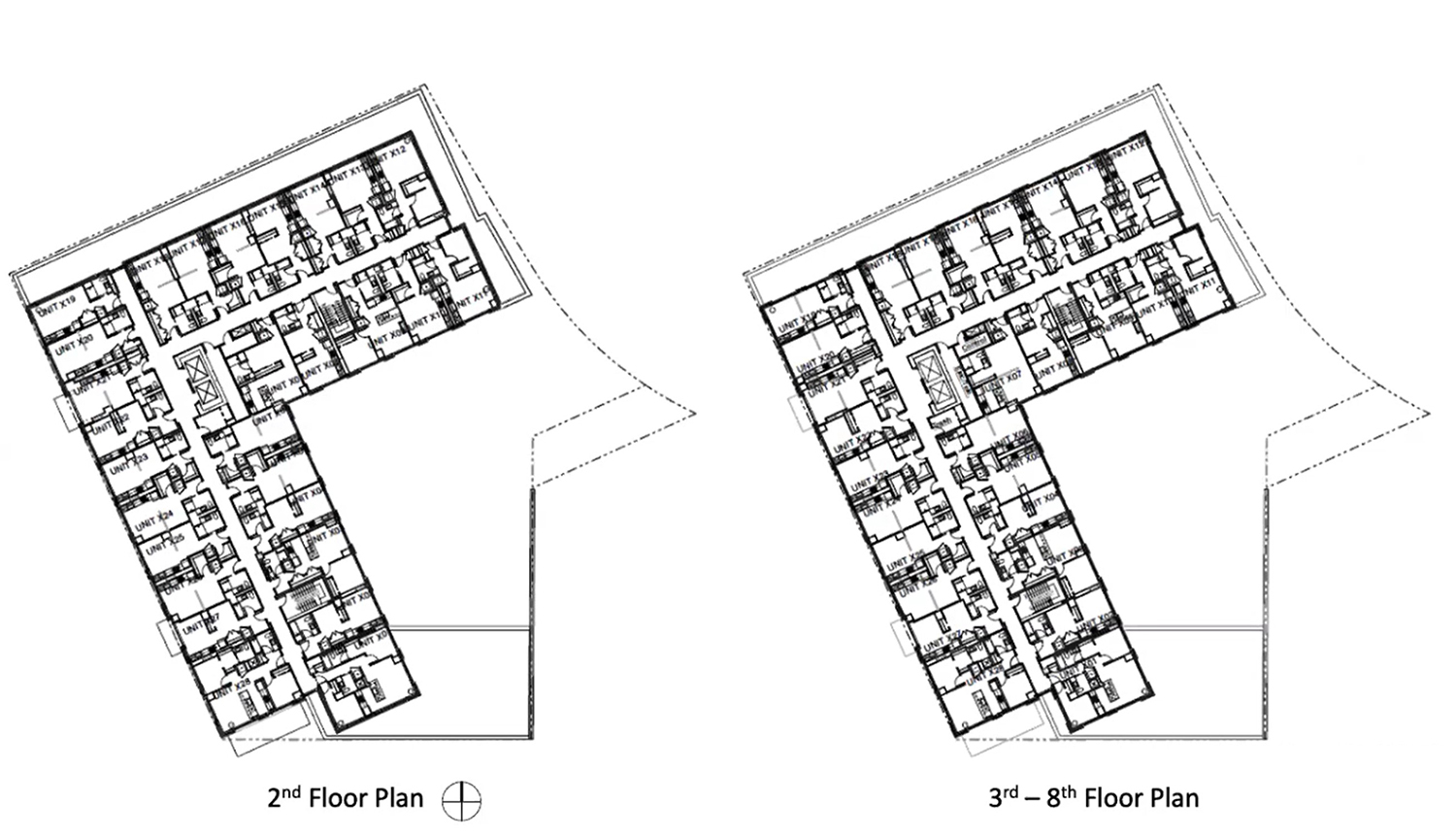 The transit-oriented development will also provide 22 off-street parking spaces and 178 bike spaces. Bus transportation options consist of Routes 36 and 78, located at the adjacent intersection of Broadway & Wilson. Just paces west of this intersection is the CTA L’s Wilson station, with service for the Red and Purple Lines. 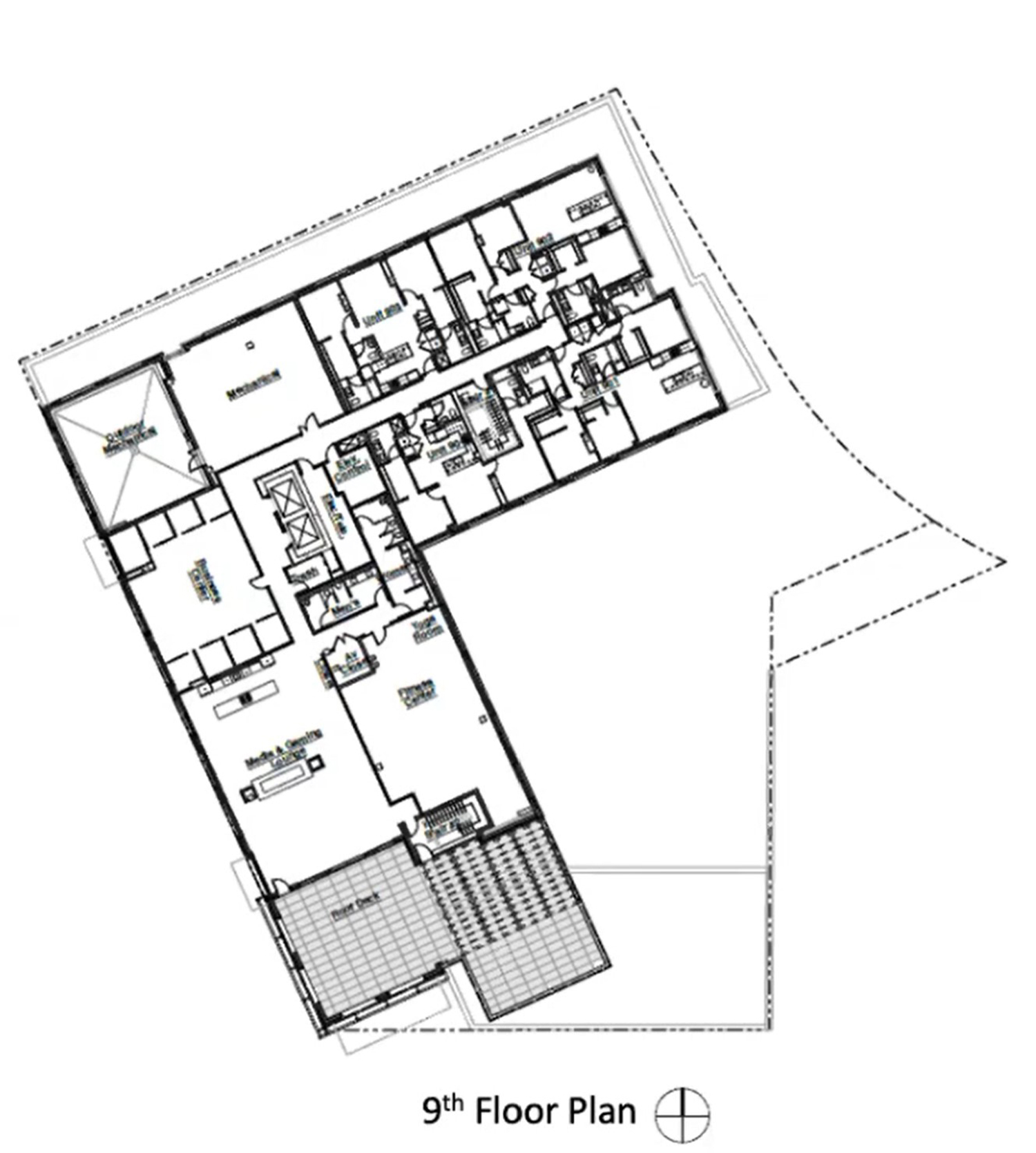 As indicated in the permit, the current phase of construction will cost $2.8 million. As of now, a tower crane permit has also been filed but not yet approved. James McHugh Construction Company will serve as the general contractor for the project, with a full delivery anticipated for the fourth quarter of 2022.