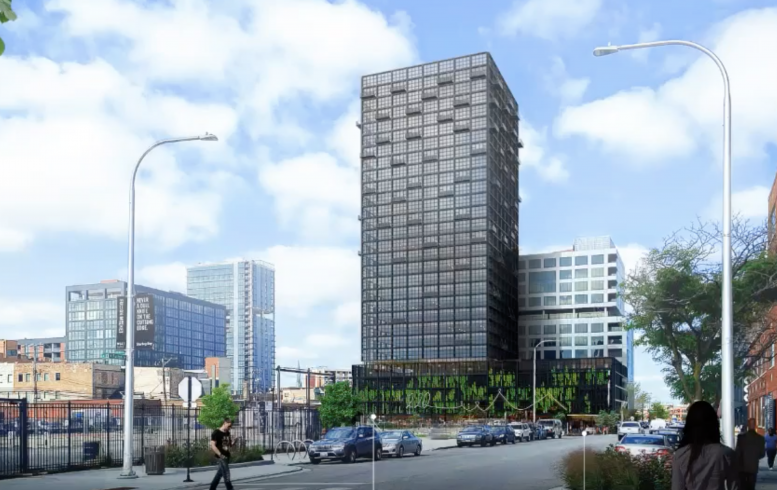 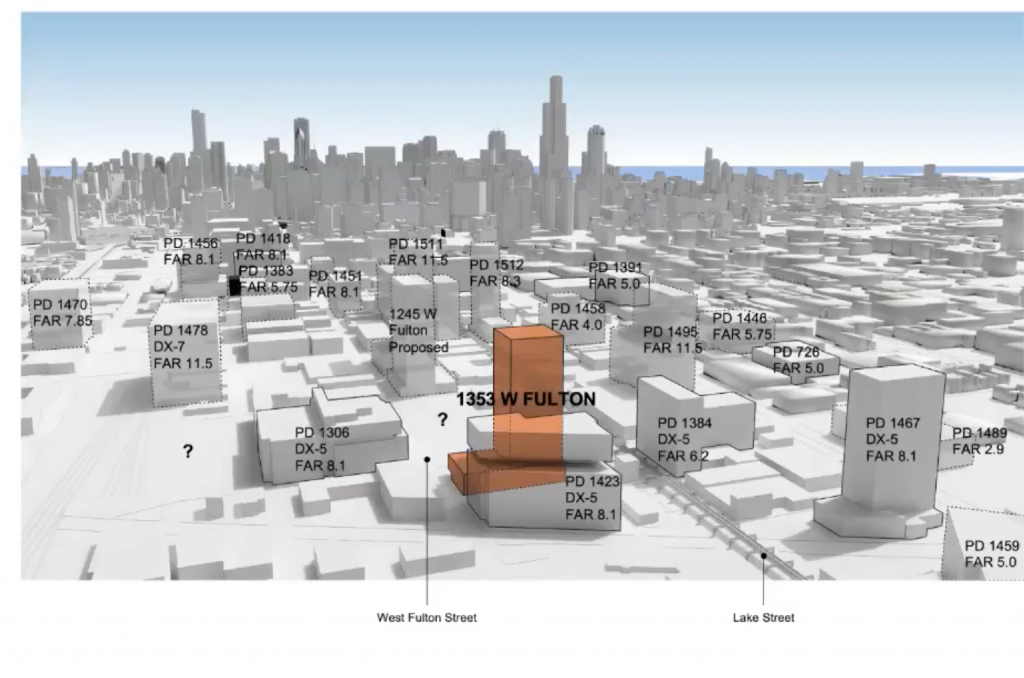 Designers Skidmore, Owings & Merrill developed the structure by analyzing the context of the area it’ll sit in, industrial windows, steel, and greenery will be the focal point of its exterior design. Rising 29 stories tall, the first floor of the building will feature a large 1,000-square-foot inset outdoor cafe space on the main road intersection. Accompanying that will be nearly 16,500 square feet of retail space the developer hopes to split into smaller spaces, but are attempting to court a small grocer that serves prepared meals for one of the spots to serve the surrounding community. The rest of the first floor will be utilized by the residential lobby, landscaped sidewalks, and entrances to the parking garage from the south alley. 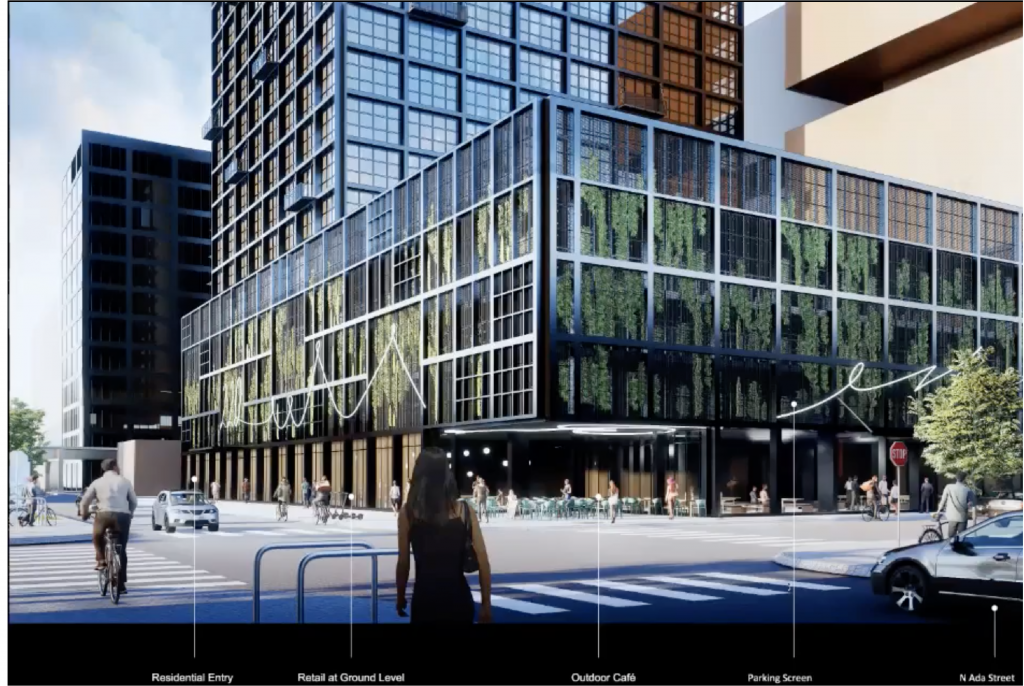 The ramp will lead up to the 196-vehicle parking garage that will occupy floors two through four, although numbers are not finalized, Shapack hopes to cut that number down a bit as the design evolves. The podium will be enclosed in a welded wire mesh screen with greenery growing up its sides, this includes the outdoor amenity space on the fifth floor which will be bound by the same facade as the lower floors. The fifth floor will offer residents over 13,600 square feet of outdoor amenity space, while programming for the space has not been set, it will have the potential for a pop-up amenity pavilion on the expansive deck. 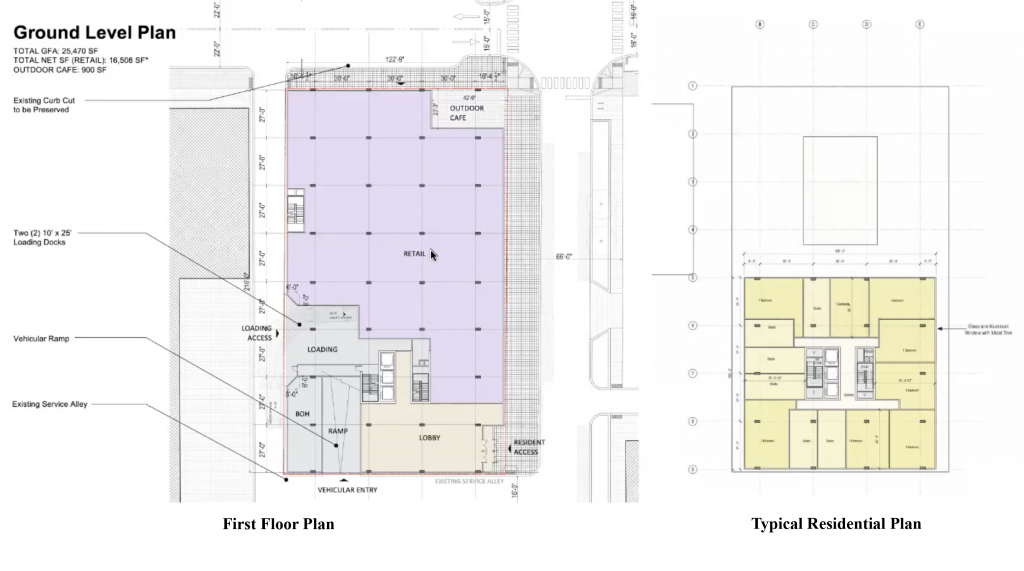 The majority of the 310-foot-tall tower will consist of 316 residential units occupying floors 5-28. The units will be split into studios, one-, and two-bedroom floor plans with floors 6-14 containing 14 units each, and 14-28 containing 13 units each. Further details on the apartments have not been revealed, however residents will all have access to a 29th floor amenity floor with a large outdoor space with a raised pool. 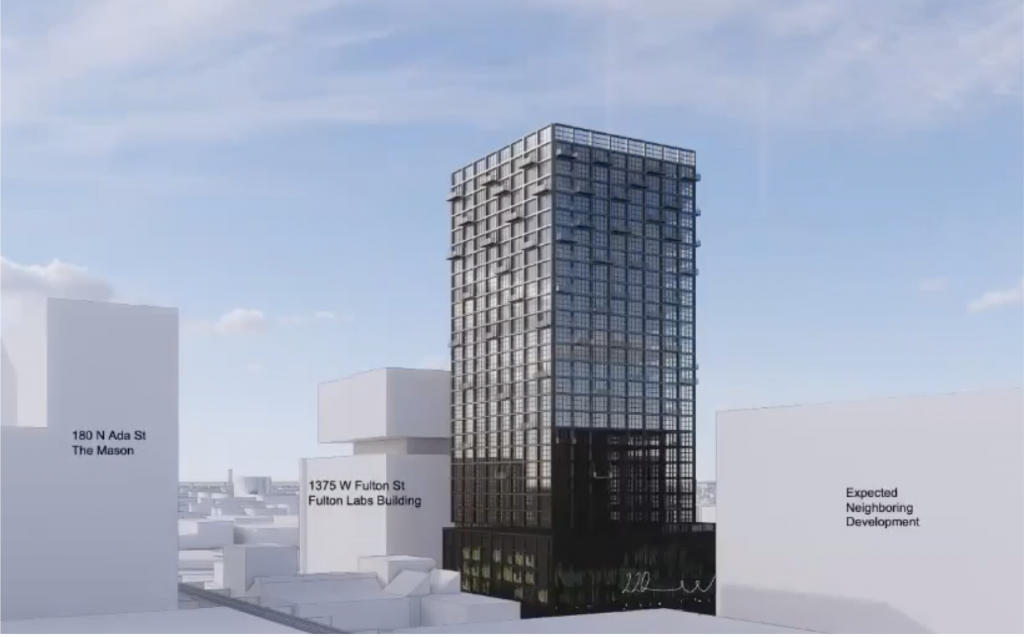 Future residents will be able to commute easily on public transit with the CTA Pink and Green Lines at Ashland station via a seven-minute walk, along with CTA bus access for Routes 9 and X9. While a formal schedule was not shared, Shapack hopes to submit plans to the Chicago Plan Commission this fall and receive full permits beginning with demolition of the existing building by the second quarter of 2022.