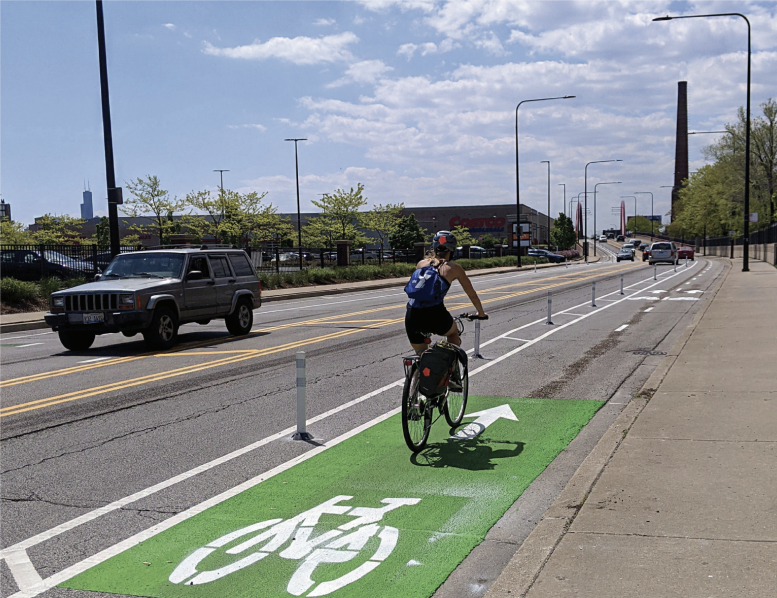 The Chicago Department of Transportation (CDOT) confirms plans to finish building nearly 100 miles of new and improved bike lanes over the next year throughout the City of Chicago. In a collaboration with the Chicago Community Cycling Network, the city will continue to work with locals to identify gaps in the current bike network system as the number of bikers increase every year.

As 2020 saw a global pandemic, the need to move around and do so safely in the open air led to a substantial rise in demand for bikes, with United States’ bike sales reaching $1 billion by April, an increase of 75 percent from the year before. Chicago has not been immune to this growth, and even with major streets closed for leisure by mid-2020 the city had already surpassed the amount of bicycle related fatalities than the previous years. All of this culminated in a demand from local communities for safe and new bike lanes to serve all reaches of the city including those that are currently unconnected.

In Chicago, 51 percent of car rides are under three-miles, 22 percent being under one-mile, most of them could easily be replaced by a short bike ride. Because of that, the CDOT is currently wrapping up work on over 40 miles of new bike lanes which begun in 2020 with only nine-miles remaining to be completed by year’s end. Adding to those in 2022 will be 45 miles of new bike lanes encompassing the areas of Austin, Belmont Cragin, and North Lawndale, plans also feature the installation of 300 new bike racks throughout the city. The new lanes will contribute to the city’s over 350 miles of on-street bikeways and off-street bike paths which have been becoming more congested as the years pass. 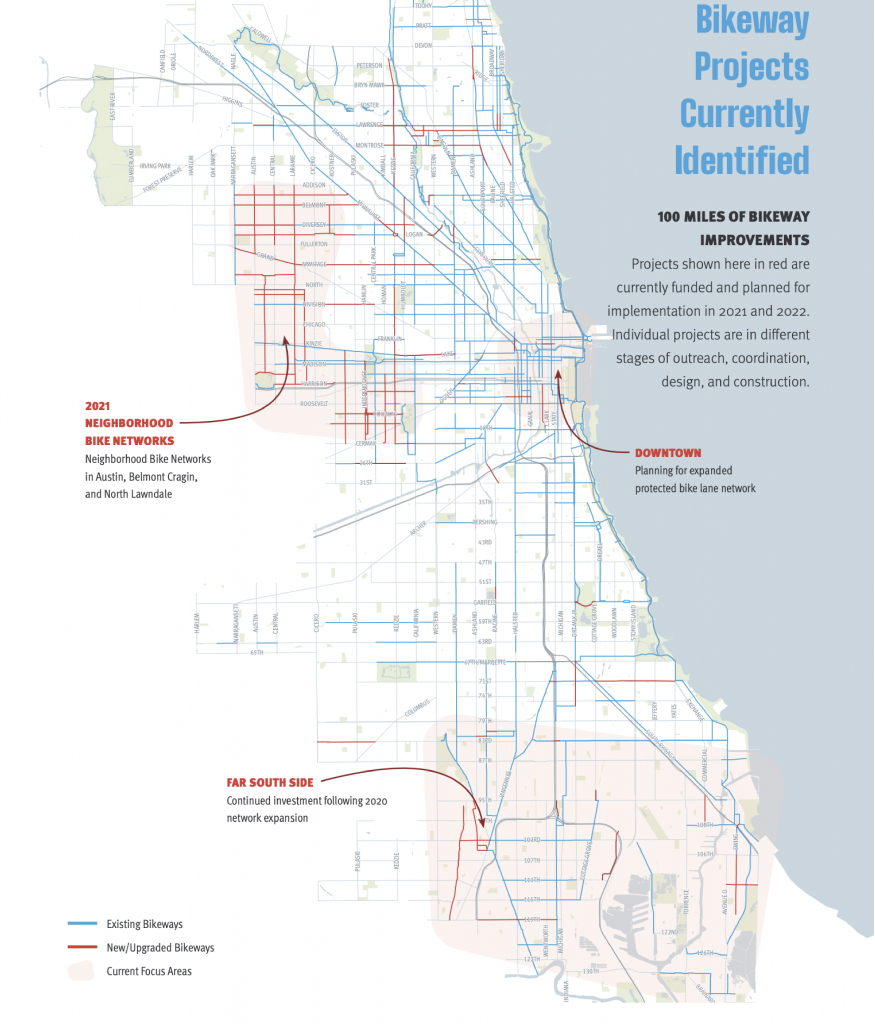 Map of new lanes and ares of focus by CDOT

The demand in bike transit hasn’t been noticed only by politicians but also by the city-wide Divvy bike sharing program, which broke records this July with over 800,000 riders and is well on its way to beat its 3.2 million yearly rider record. Owned by ride-sharing giant Lyft, Divvy is currently building 107 new e-bike stations throughout the northwest and southwest sides; the motor assisted bicycle stations will be spread out around a 35 square mile range including new areas. Once completed, the new stations will bring bike-sharing to every neighborhood of the city, making it the first city of its size to have such access, and adding to its existing claim of the nation’s largest system by area served and second largest by station total. 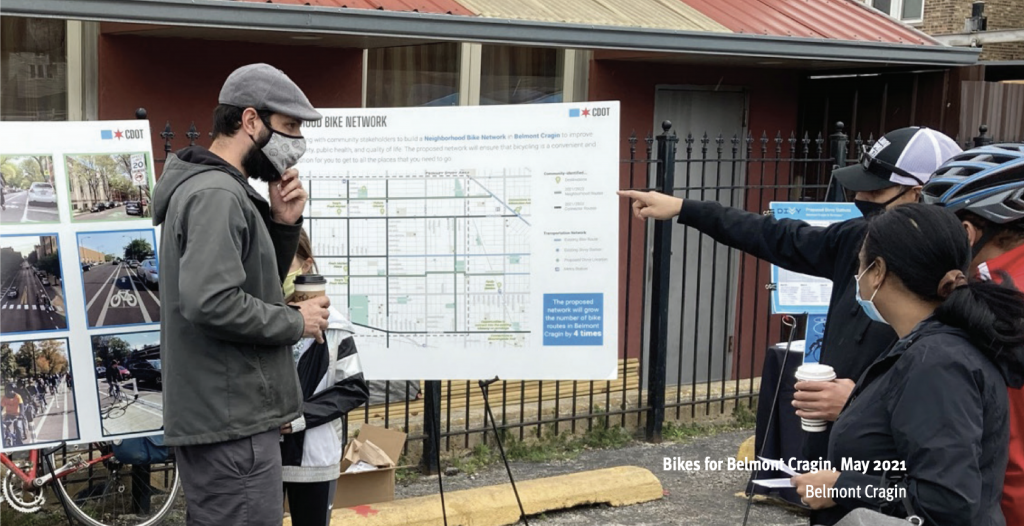 The $17 million project is part of the five-year long Chicago Works Capital Plan signed by Mayor Lori Lightfoot designed to improve the quality of life for all Chicagoans. The plan was passed in November 2020 and will bring a variety of other improvements to the local bike lanes such as a plan for further new lanes across downtown and better separation from road traffic being installed on 12 existing miles to keep riders safe across the city.