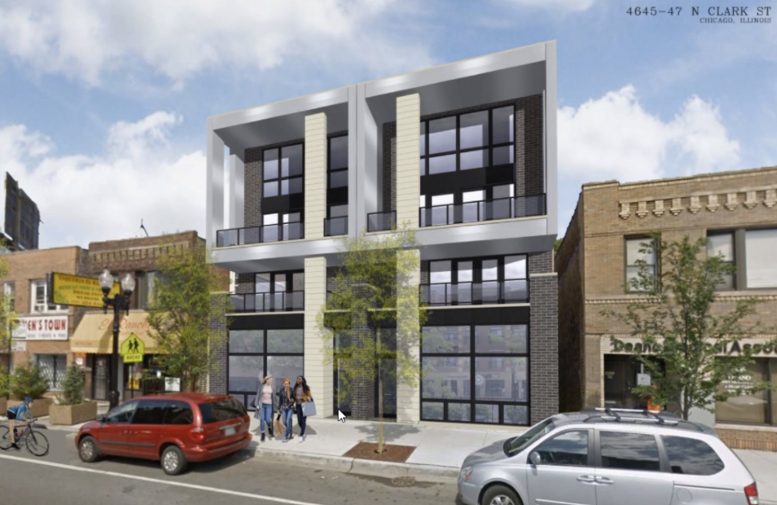 Construction has been approved for two nearly identical residential buildings at 4645-47 N Clark Street in Uptown. Clark Estate LLC is the developer behind the four-story twin edifices, which will yield a total of six units, according to the approved permits. The new construction is set to replace two two-story buildings, which were demolished early 2020.

Features will include a rooftop deck with a stair enclosure and wooden trellis, a rear porch, and a detached three-car garage with a separate rooftop deck. Designed by Hanna Architects, each building mirrors one another, comprising of a mixed-material facade with expansive windows, a multi-colored masonry palette, and metal paneling enclosing the upper two floors. The second and third floors also come with recessed balconies facing the street. 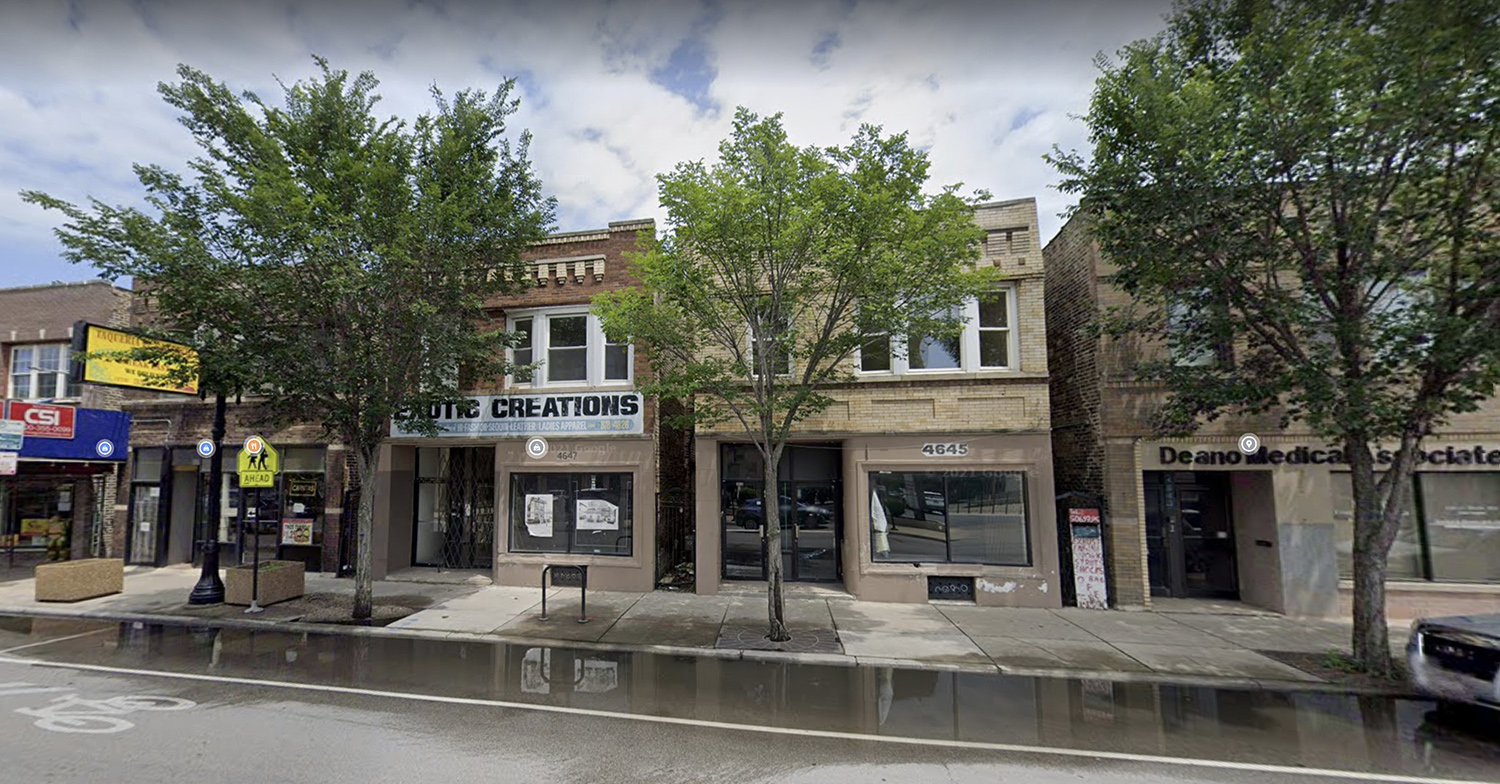 Closest bus transit can be found just paces north at the intersection of Clark & Leland. Stops for Route 81 are also near, available at the intersection of Wilson & Clark via a two-minute walk south. Those looking to board the Red or Purple CTA L Lines will find service at Wilson station via an 11-minute walk southeast. Meanwhile, the closest Brown Line service is available at Damen station via an 11-minute walk west.

At just under $2 million for reported construction costs, the dual-structure undertaking will be built by Star Development Corp as the general contractor. Exact timeline details have not yet been announced.