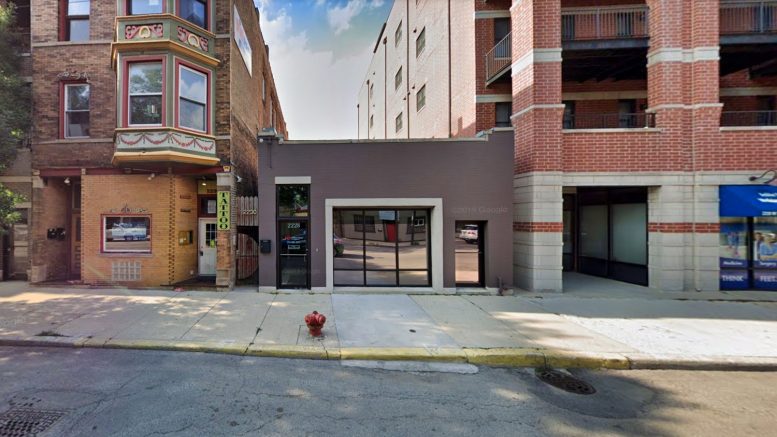 Full construction permits have now been issued for a new four-story residential building at 2228 W Belmont Avenue in Roscoe Village. SRD Development LLC is the listed owner, whose plans include three total residences, a basement, a rooftop enclosure, front balconies, a rear four-story metal porch, and a detached three-car garage with a rooftop deck. The site was previously occupied by a one-story masonry building, which received demolition permits this past April.

Alan Leskiv of Leader Architects is behind the design. While no drawings or renderings have been revealed, the inclusion of two masonry contractors may indicate a masonry structure.

Beyond the three planned parking spaces, residents will find various other transportation options in close proximity, with stops for Route 77 via a one-minute walk east to Belmont & Leavitt. Within a roughly five-minute walk are additional stops for Routes 49 and X49 to the west and Route 50 to the east. For the CTA L, Brown Line trains can be found at Paulina station via a 19-minute walk northwest.

SRD Development is also serving as the general contractor for the half-million dollar construction. A full completion timeline remains unknown.