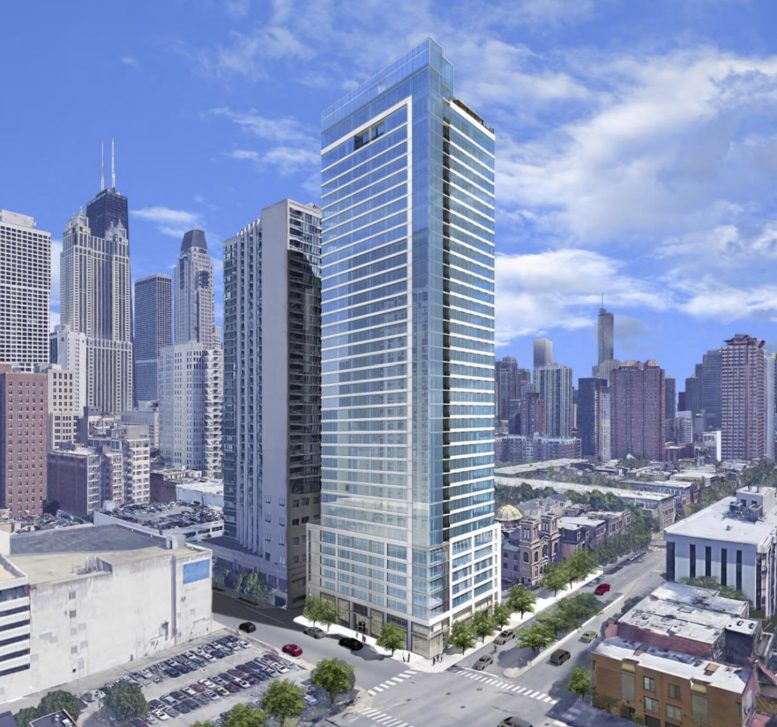 A revised design has been revealed for a mixed-use development at 125 W Maple Street in the Near North Side. Located at the intersection of N LaSalle Drive and W Maple Street the proposal is sited on a corner parcel currently occupied by a four-story masonry condominium building. The structure will be bought out by the developers and demolished as part of the plan. Fifield Companies is the developer behind the proposed plan. 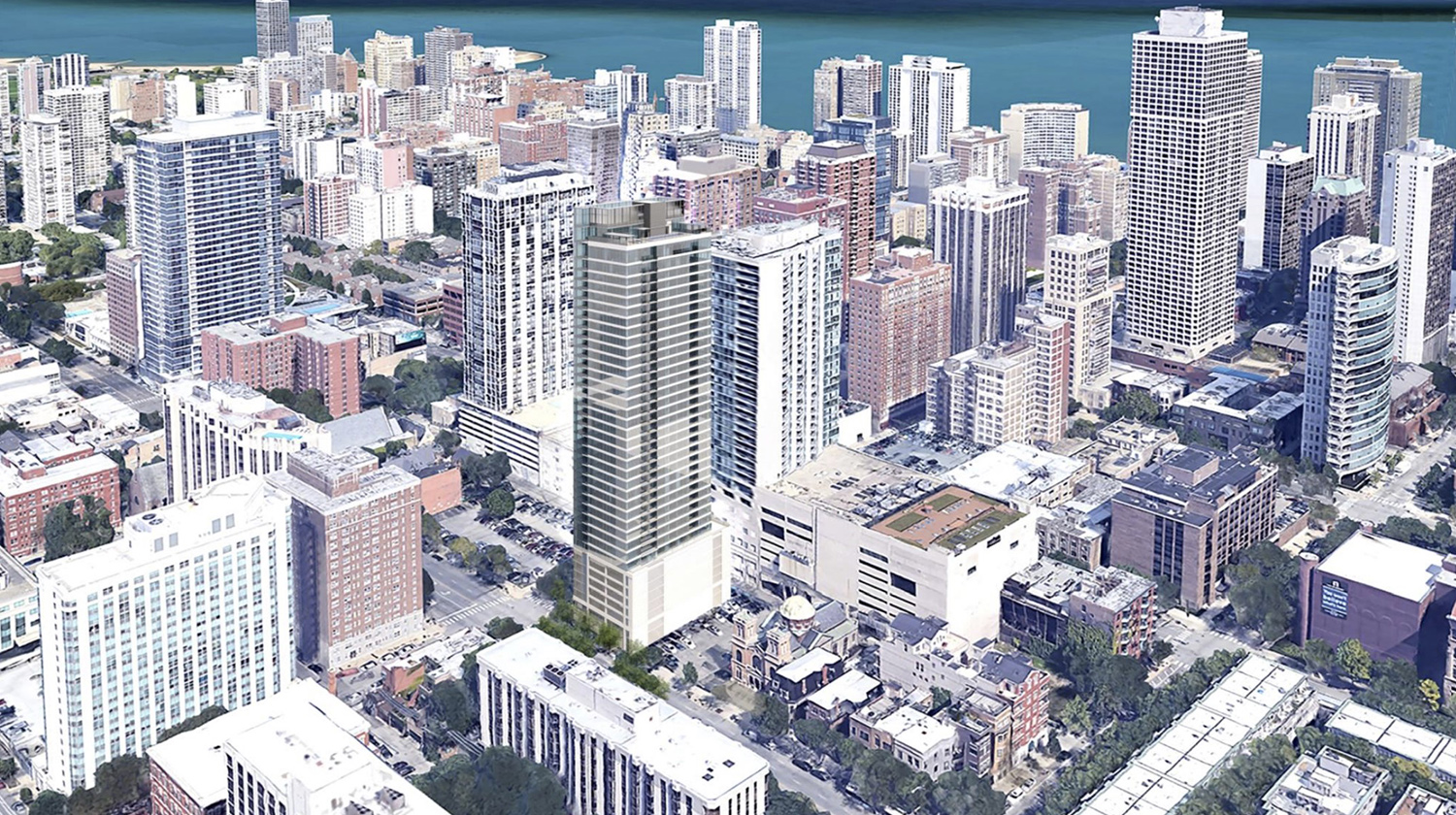 Designed by Pappageorge Haymes, the new construction would consist of a 39-story mixed-use tower. Expected to rise 418 feet, the building would hold 303 residential units, approximately 3,400 square feet of retail space on the ground floor, and 124 parking spaces across six floors within the podium. The unit mix is expected to consist mainly of studios, one-bedrooms, and two-bedrooms, with a small number of three-bedroom apartments included. 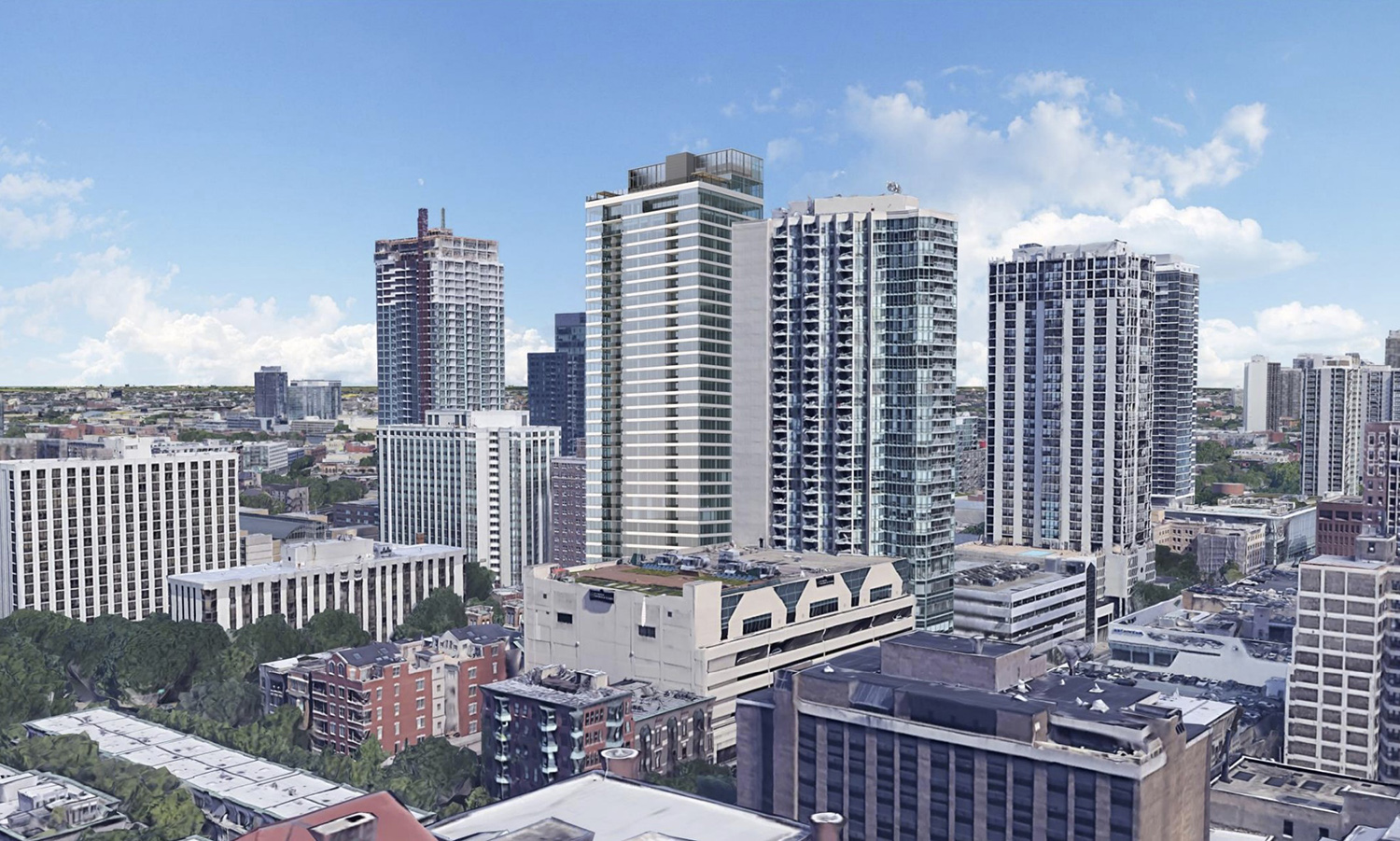 The massing of the project is sited on the corner parcel, facing both W Maple Street and N LaSalle Drive. The volume rises continuously for the majority of the entire project, with a 40-foot setback along the alleyway to create space between the new edifice and the existing neighboring tower. A second parcel, dubbed Subarea A in the Planned Development, is planned to house a future community center linked to the neighboring Annunciation Greek Orthodox Cathedral that is expected to rise roughly eight stories. 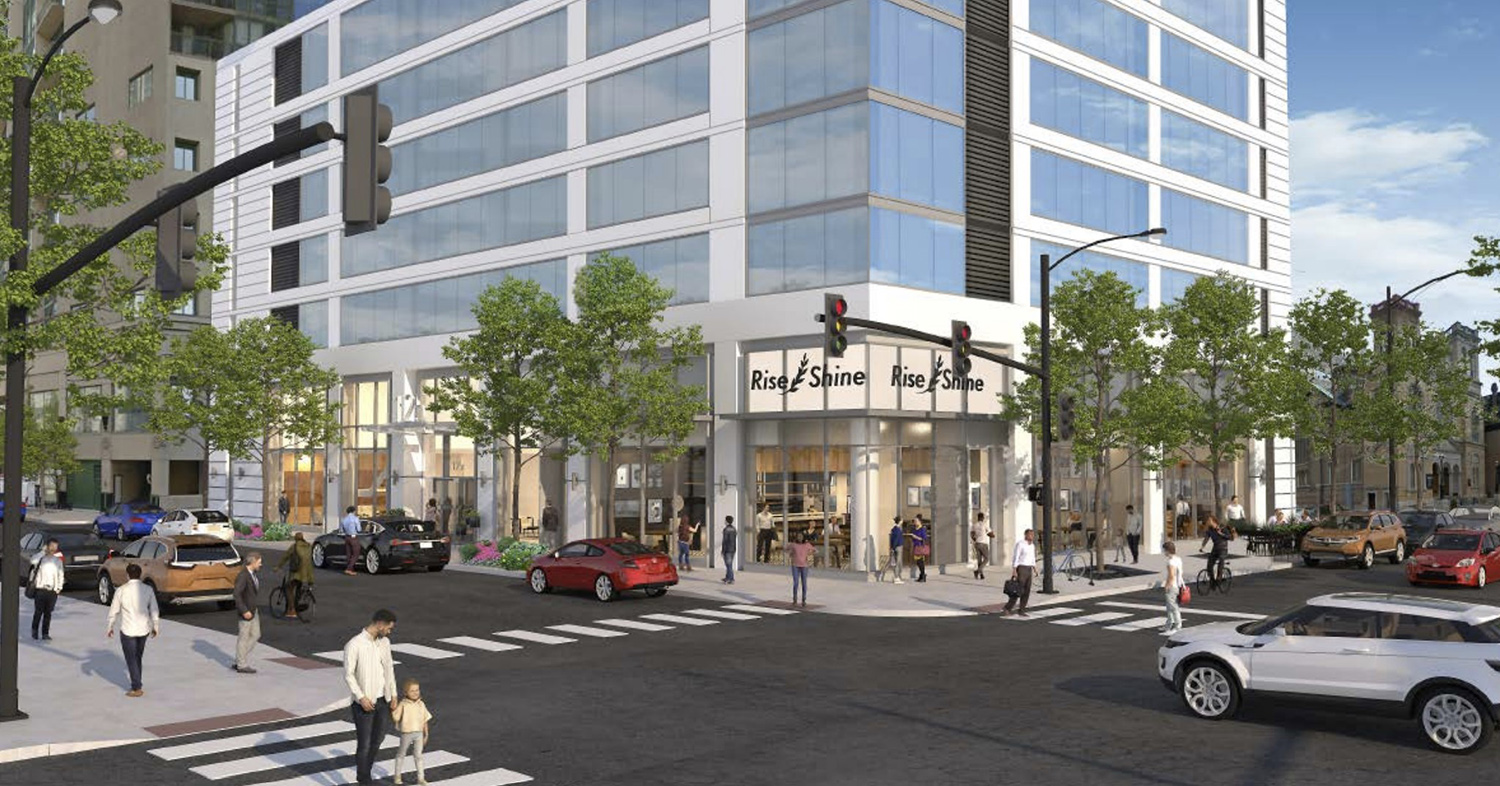 The ground floor of the new construction will hold the retail space at the corner of N Lasalle Drive and W Maple Street. The residential lobby will be located in the middle of the building frontage along W Maple Street. Loading and parking access for the included 124 spaces will occur from the alley. Additionally, 180 bike spaces will also be incorporated, located on the second floor. 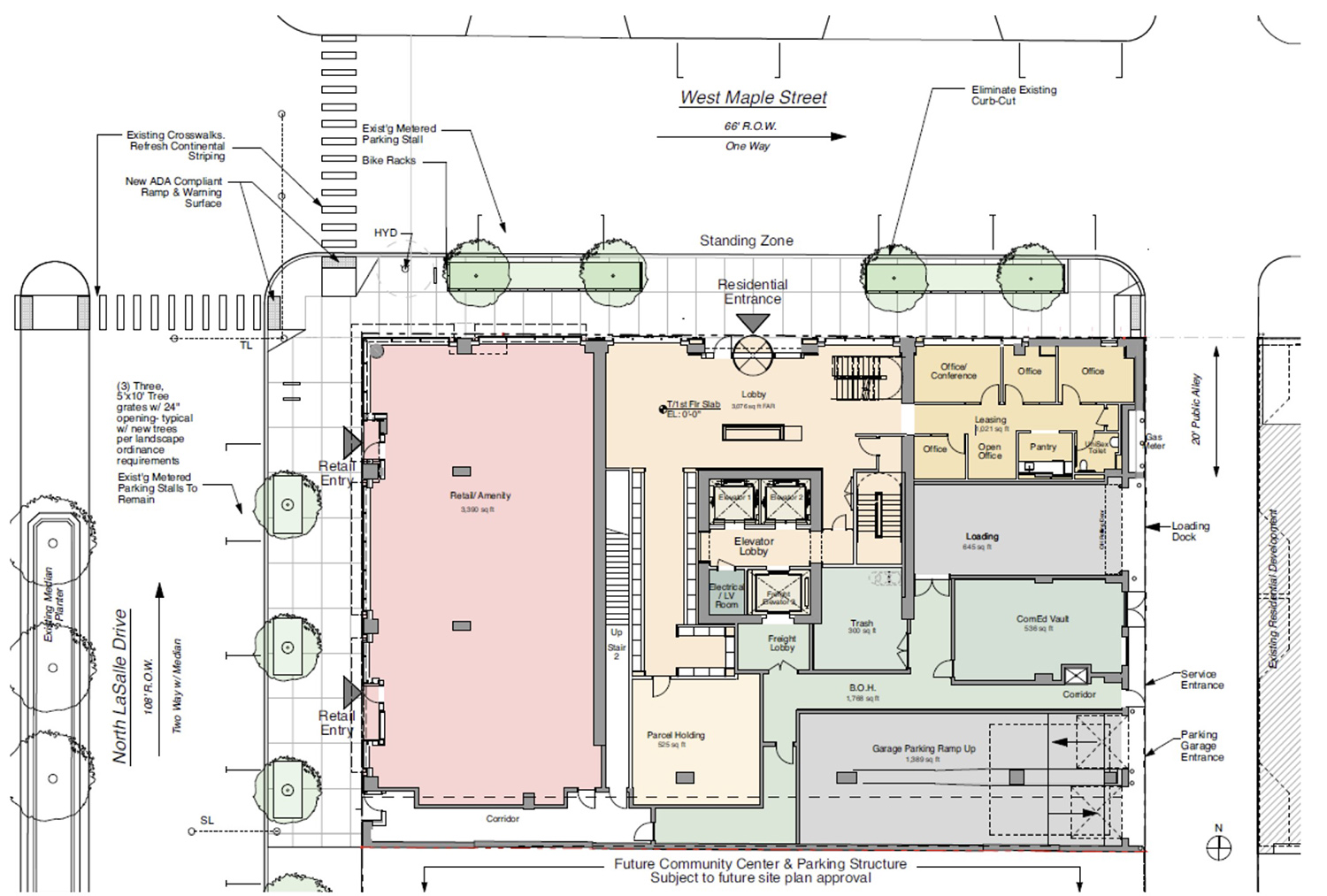 Residential units will begin on the eighth floor, which will also house some amenity space including an exterior dog run and separate rooftop deck facing the alleyway. Balconies will be integrated into the facade for select units on the southern and western faces. The tower will terminate with a final amenity floor that includes interior programming and an outdoor deck with a pool. 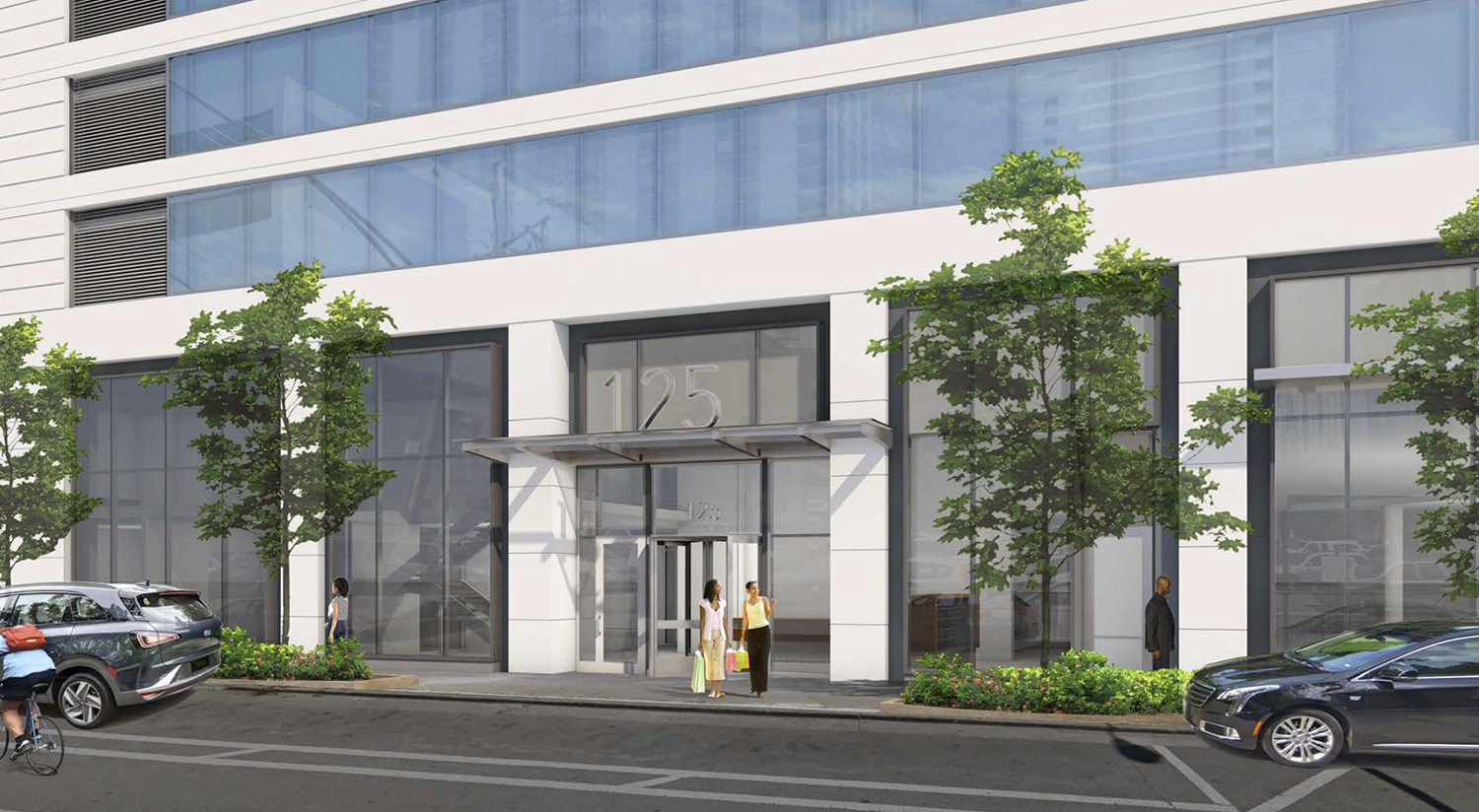 The design of the tower introduces a volume that holds the corner and maintains the street wall. The enclosure will be faced in a glass and aluminum curtain wall that is accented with painted architectural concrete. 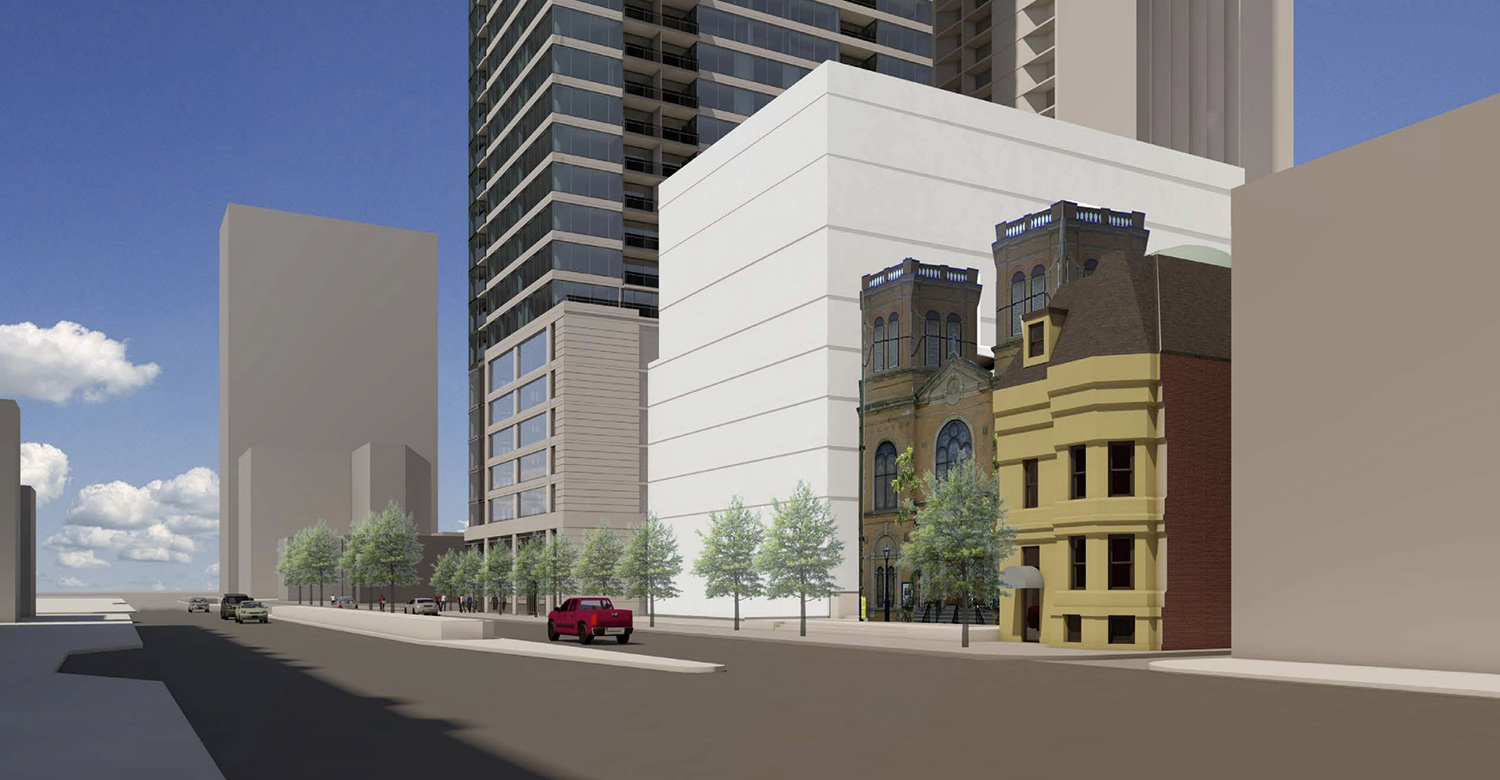 The development is expected to meet affordable housing requirements by providing eight units on-site, and paying a $4.1 million fee in lieu for the obligation of a remaining 22 units. The developers are seeking to rezone the site from RM-t to DX-7, while also paying a $1.9 million fee into the Neighborhood Opportunity Fund to receive a floor area ratio (FAR) bonus, achieving a total FAR on the site of 9.5. 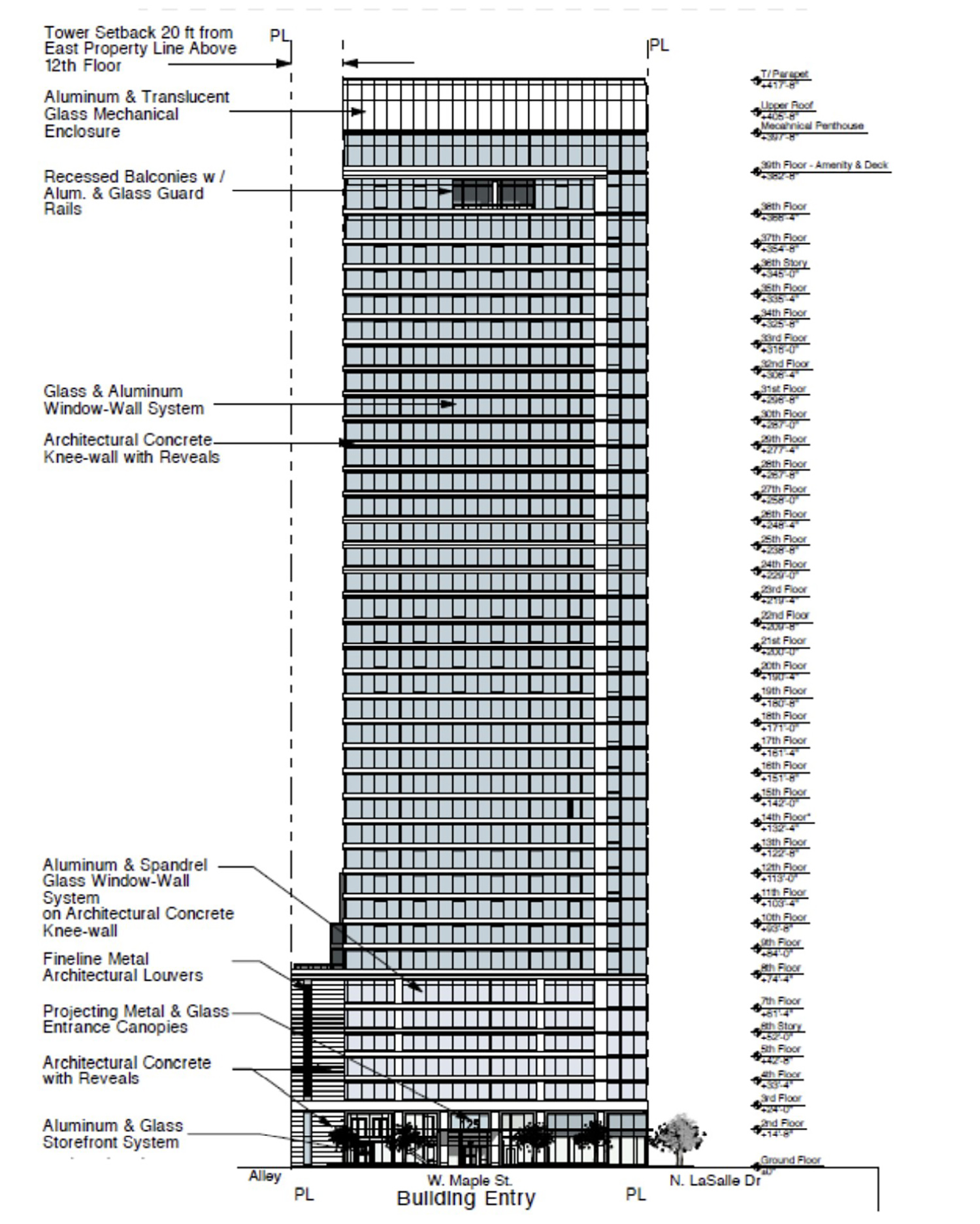 The project has been under intense community scrutiny since its original reveal in July 2020 with multiple changes made since. These include the reduction of units from 406 to 303, the increase of the setback off the alley from an original 20 feet to the current 40 feet, and the reduction in building height by 40 feet. Additionally the developers worked to improve traffic flow within the alley. Many of these changes were made in response to criticism from residents in the neighboring tower at 111 W Maple Street, arguing that the new building would obstruct their views, compromise their access to light and ventilation, and congest the nearby streets and shared alleyway. 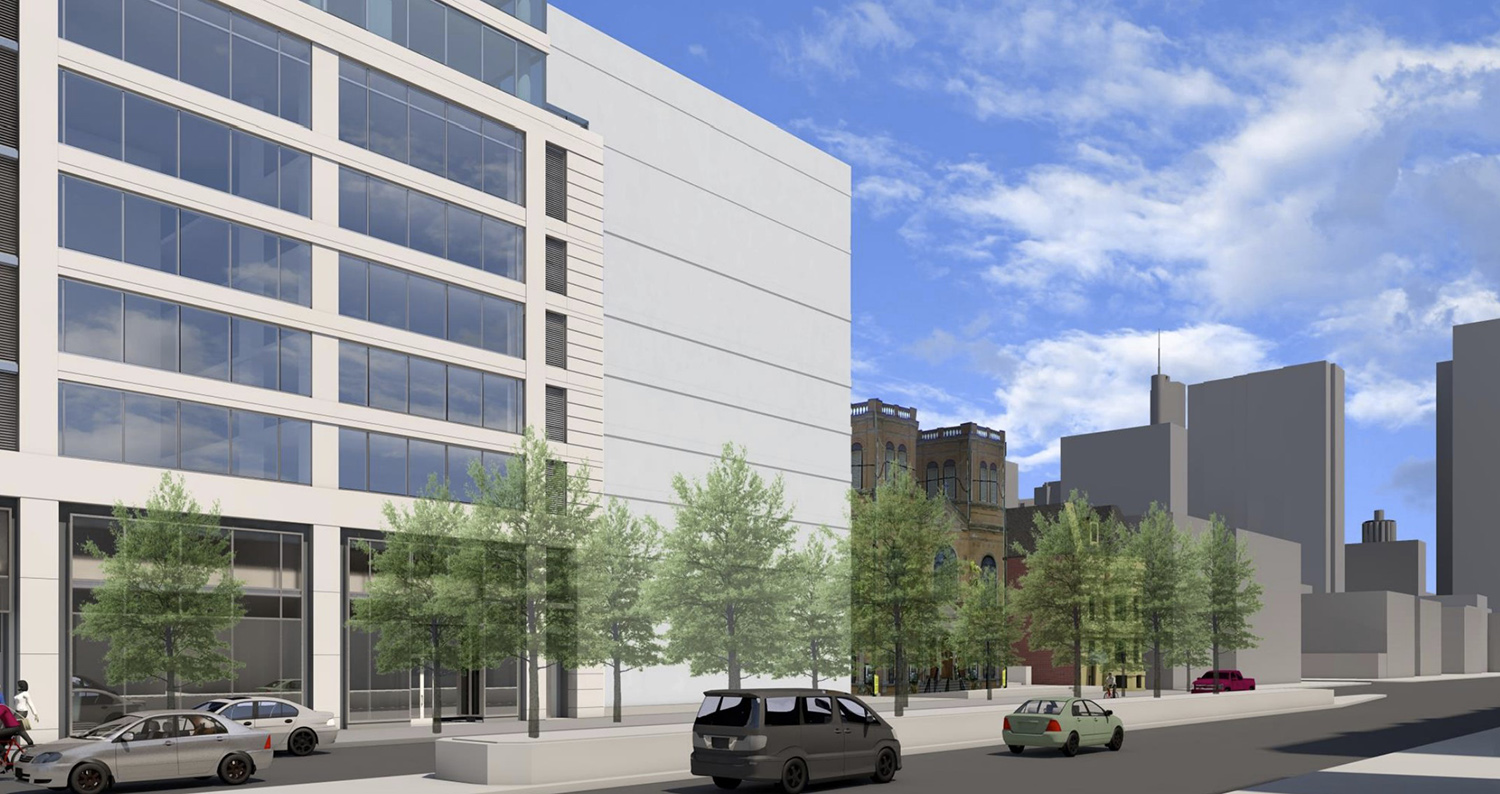 Fifield Companies shared the revised plan at a community meeting on July 12th, just days before the development was scheduled to go before the Chicago Plan Commission. After the plan received continued criticism and concern from neighbors and community members, the developers ultimately deferred the hearing of the project at the Plan Commission, with a reported plan to bring it before the body in August. The project will require aldermanic approval, which has not been secured, before a greenlight from the Chicago Plan Commission, the zoning committee, and finally the full Chicago City Council. A timeline on construction and completion has not been determined yet.