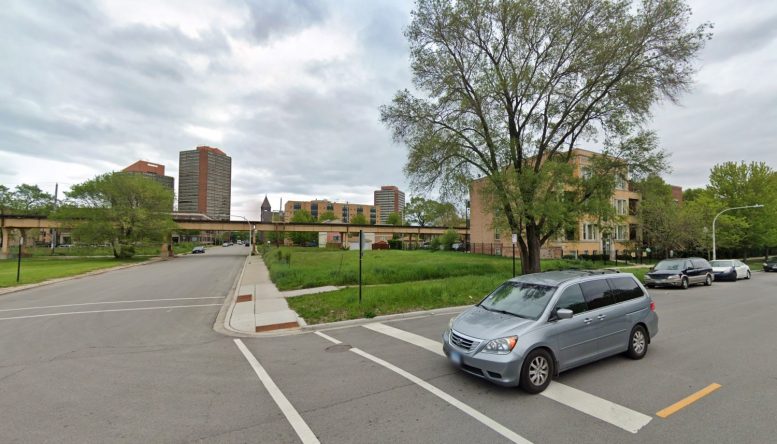 Construction permits have been issued for a new three-story residential building at 4101 S Prairie Avenue in Bronzeville. Filed under the owner James Nahon, the three-dwelling project will also feature a detached garage and replace a portion of a large grass plot. The other half of this parcel will be occupied by a similar-scale development with the address 4105 S Prairie Avenue. However, permits for this second building have not yet been issued.

Gary Wands of Door Thirteen Architects is behind the design. No drawings and renderings have yet been revealed, and it’s unclear if the structure will be frame or masonry.

Closest bus transit is available via a two-minute walk west to Indiana & 41st Street, with for northbound service for Route 39. Southbound Route 39 service is also in the vicinity, located one block further to the northwest at 4016 S Michigan. Stops for Route 3 are also close by, with service at King Drive & 41st Street located a three-minute walk east. Other buses within a 10-minute walk can be found for Route 29 to the west and Route 43 to the south. As far as CTA L service, the Green Line at Indiana station is readily accessible via a four-minute walk northwest.

Allbright Construction LLC is serving as general contractor for the $450,000 undertaking, whose full timeline details have not been posted.