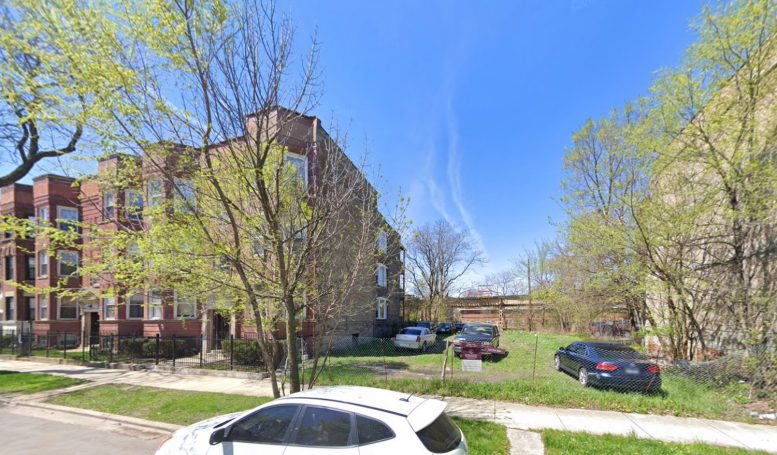 Permits were issued this past Tuesday for a three-story residential building located at 4024 S Calumet Avenue in Bronzeville. James Nahon is the listed owner, whose plans comprise of three total dwelling units, a rear open porch, multiple decks, and a detached three-car garage. The new structure will replace a currently vacant grass lot.

Gary Wands of Door Thirteen Architects is the listed architect of record. No drawings or renderings of the design have been released, and it is not yet known if the construction will be frame or masonry.

Residents will also find green spaces nearby such as Poplar Park to the southwest and Bronzeville Dog Park to the northwest. The lakefront trail and surrounding park area is also within roughly a 20-minute walk east.

The $450,000 project will mirror an adjacent project at 4022 S Calumet Avenue, which received permits late last month. These two buildings are part of a recent surge similar-scale developments in the Bronzeville area. Allbright Construction is serving as the general contractor, and a completion date is not yet known.