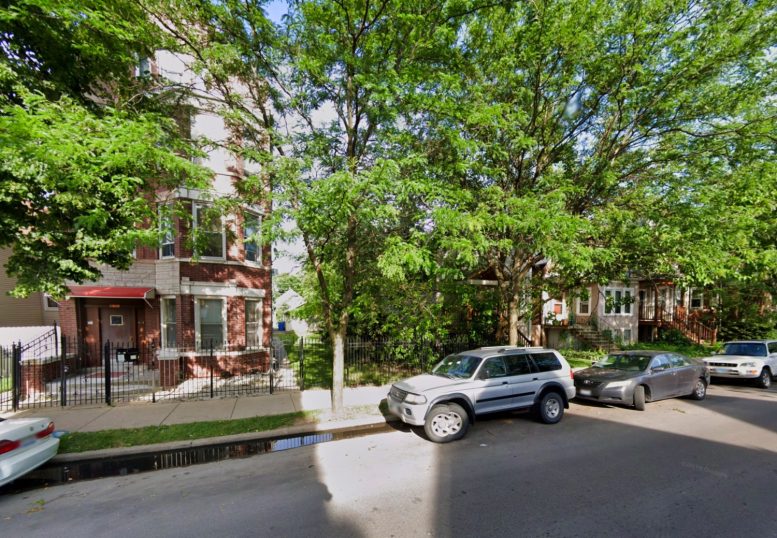 Construction permits have been issued for a three-story residential building at 3139 N Central Park Avenue in Avondale.

Filed under the owner Calin Ardelean, the project will include three total units, a rooftop deck and stair enclosure, a rear three-story porch, and a basement. The development will replace a mostly vacant plot with a single story frame garage in the rear. Late last year, zoning was approved to convert the property from RS-3 Residential Single Unit District to RM-4.5 Residential Multi-Unit District, thereby allowing the multi-unit plans to proceed.

Eduard Livanu of Studio Modulor is the architect of record. Neither drawings nor renderings have yet been revealed, though multiple masonry contractors in the filing suggest a brick or stone design.

Parking will comprise of a detached garage for residents, while various other transit options can also be found nearby. Residents will find east and westbound bus service for Route 77 just paces north at Belmont & Central Park. Further service is comprised of Route 82 to the east, Route 56 to the south, and Route 53 to the west. For the CTA L, Blue Line trains can be accessed via Belmont station via six-minute walk east.

Parks in the vicinity include Parkview Park and Avondale Neighborhood Park. Also within walking distance is the Frank W Reilly elementary school and a swath of retail and dining along the nearby N Milwaukee Avenue.

A & S Construction And Electrical is serving as general contractor for the $495,000 project, whose anticipated completion date has not yet been revealed.