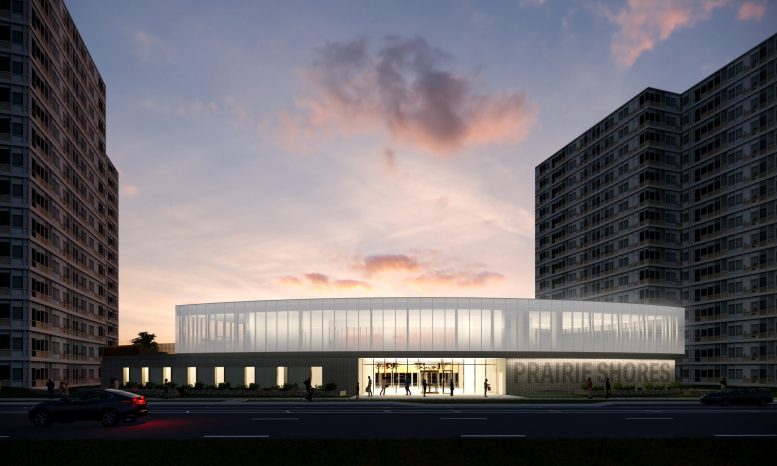 Construction permits have been issued for a new two-story clubhouse building, with an address of 2937 S Martin Luther King Drive in Douglas. The project will integrate with the existing five-tower Prairie Shores apartment development, originally built between 1957 and 1961 and purchased in 2019 by Golub & Company and Farpoint Development. 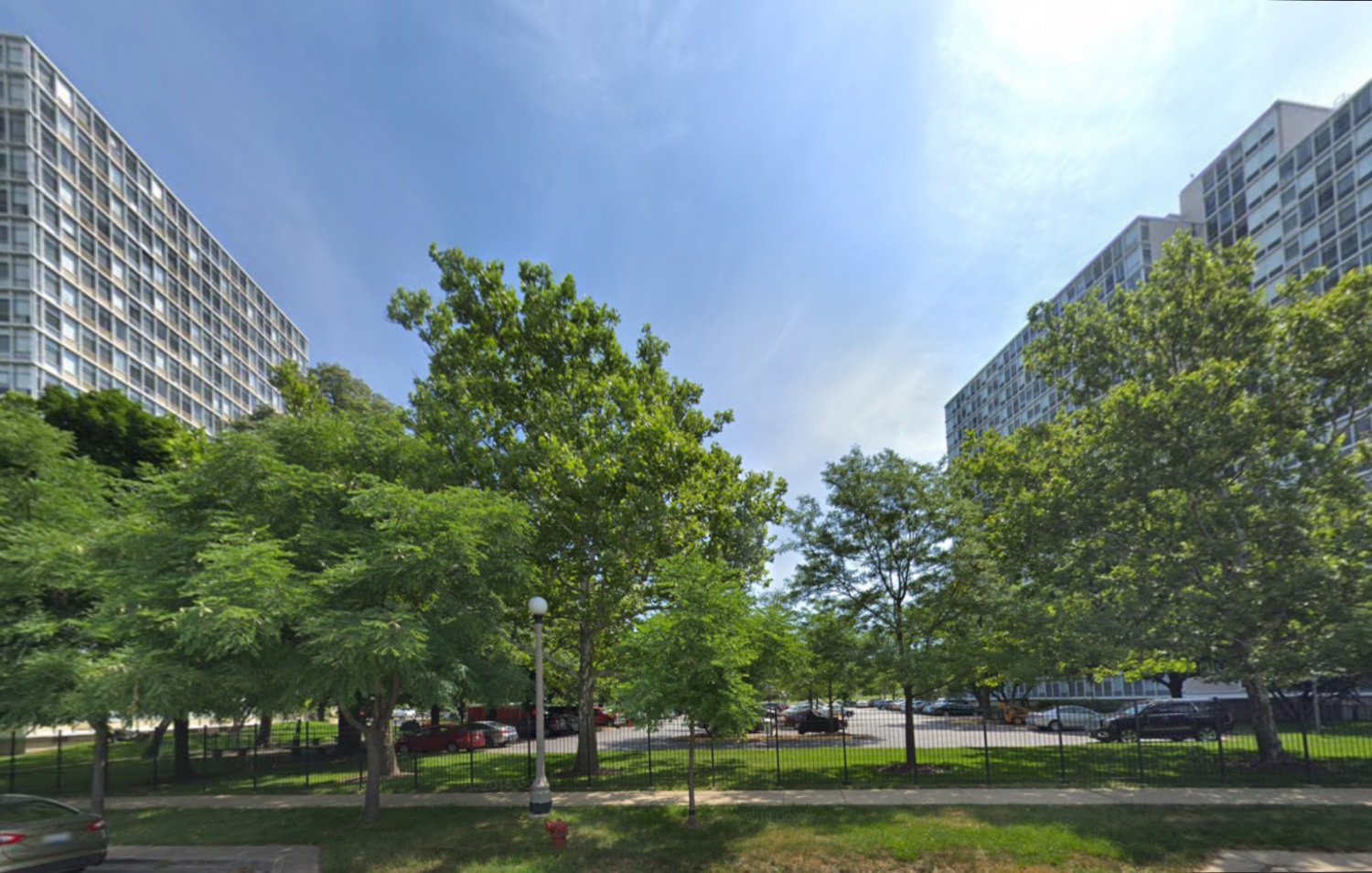 Set to replace a former parking lot nestled between two of the towers, the amenity-packed structure will house various fitness areas, lounge areas, a coffee bar, meeting spaces, a co-working environment, and a rooftop deck. 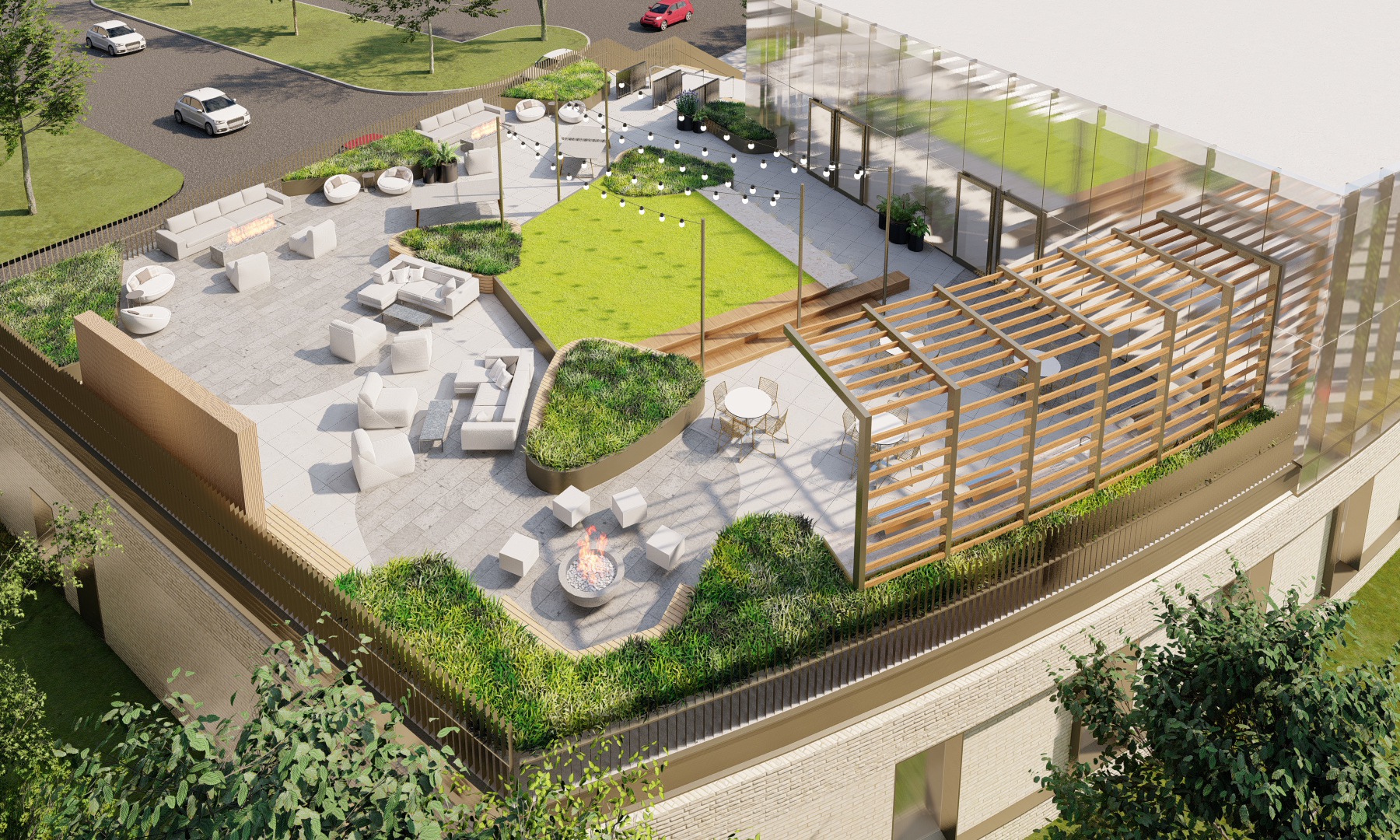 Gensler is the design architect, while Stanton Interior Concepts is the interior designer. Published renderings show a curved glass volume atop a masonry base. Part of this second-floor glass portion will be set back to allow for the rooftop terrace, which can be seen with a trellis, fire pits, and grass space.

Residents have access to various nearby bus options, such as Route 3 at King Drive & 29th Street, just paces north from the site. Other buses within a 10-minute walk consist of Route 21 to the north, Route 31 to the south, and Routes 1 and 4 to the west. Closest L Green Line service is available at the 35th-Bronzeville-IIT station, located a 22-minute walk southwest. Metra access, meanwhile, can be found at 27th Street station via a 10-minute walk northeast.

Both the Prairie Shores and the surrounding area have recently seen significant headway on various projects, including the completed renovation of nearly a tenth of the complex’s units, as well as the approved sale of the former Michael Reese Hospital Site, located directly east.

The permit has indicated Leopardo Construction as the general contractor for the $7.5 million undertaking. An official completion timeline has not yet been announced.