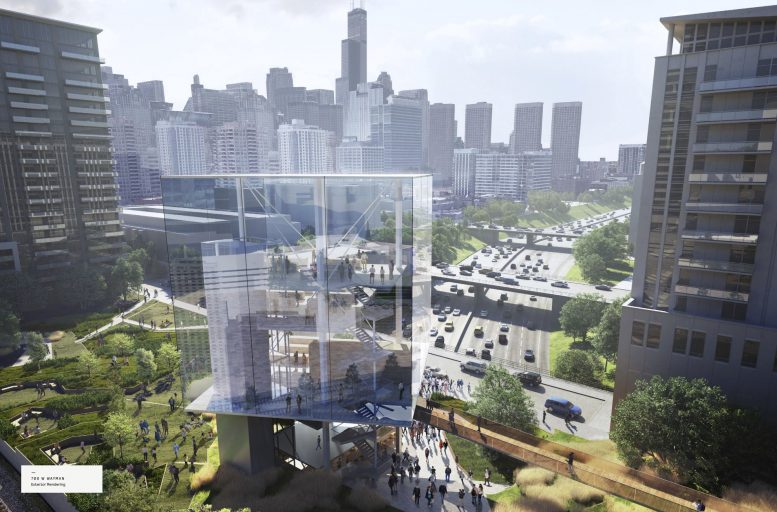 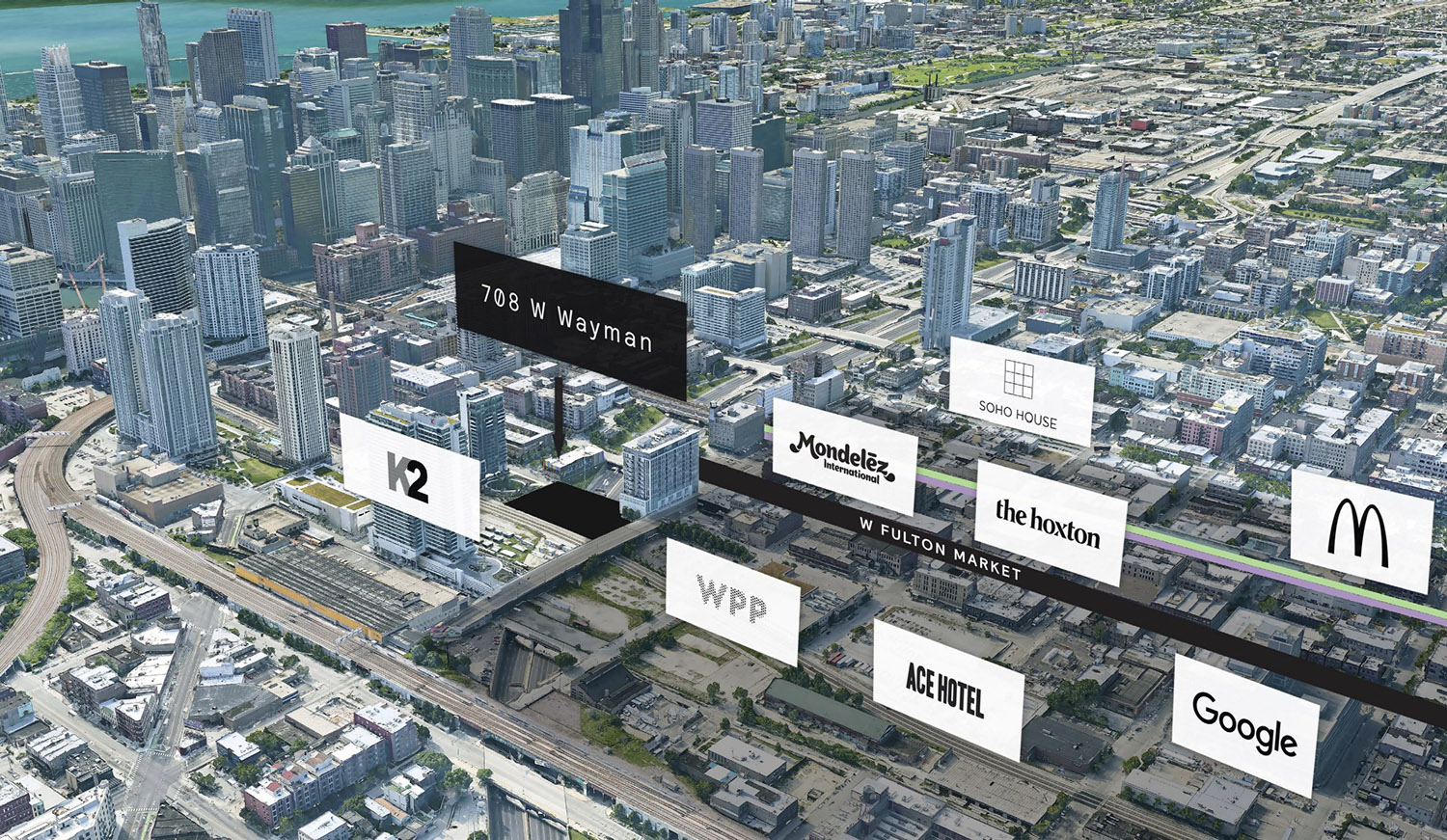 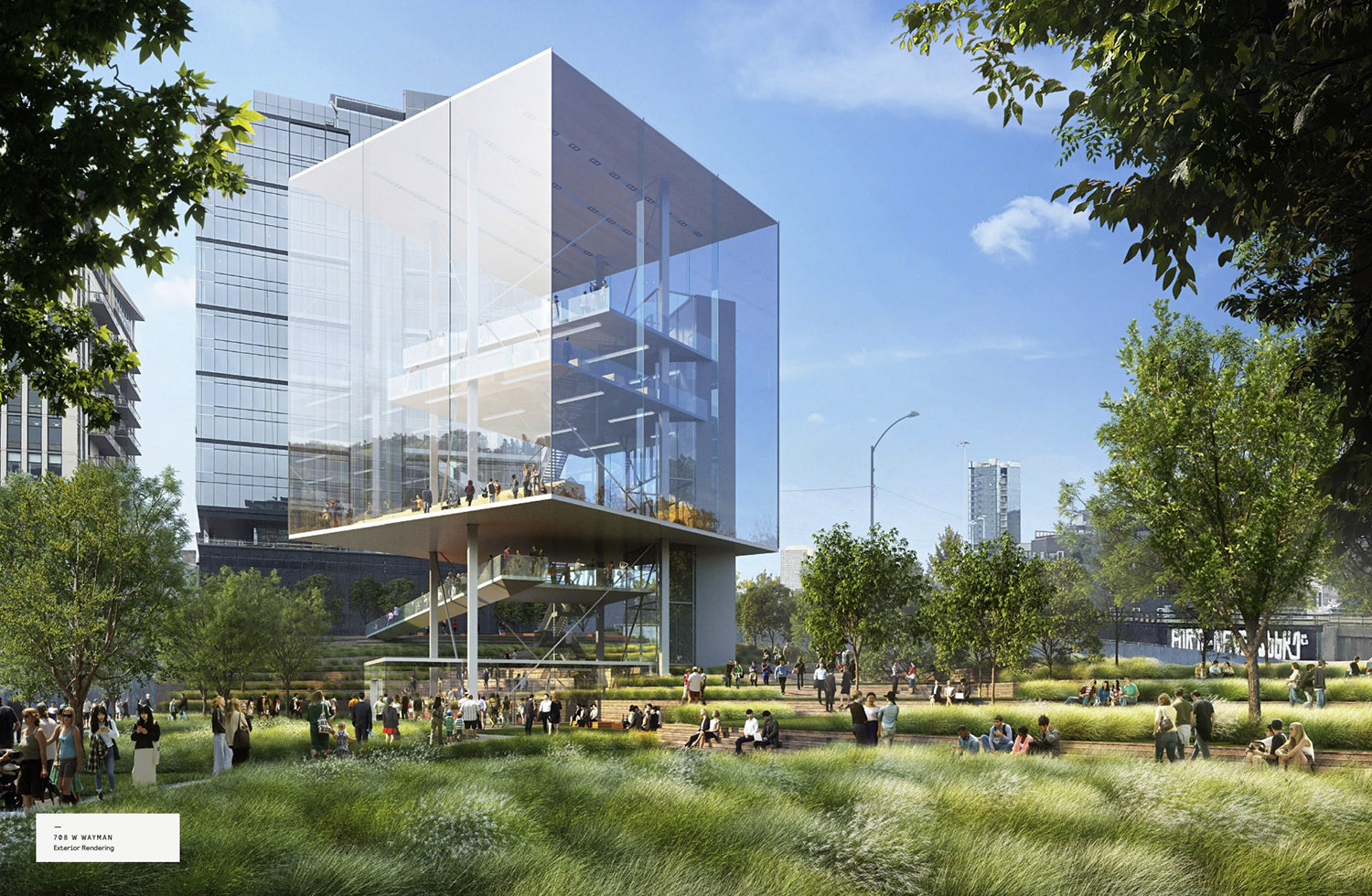 Designed by Gensler, the proposal is envisioned as a “habitable billboard.” The new building will be a one-of-a-kind retail and park space, consisting of up to 12,500 square feet of retail space. Green park space will top on-site parking and will step up and create a pedestrian connection to N Halsted Street. The development will offer the chance to create publicly accessible open space for residents of the city in an area where land costs make new parkland unfeasible. 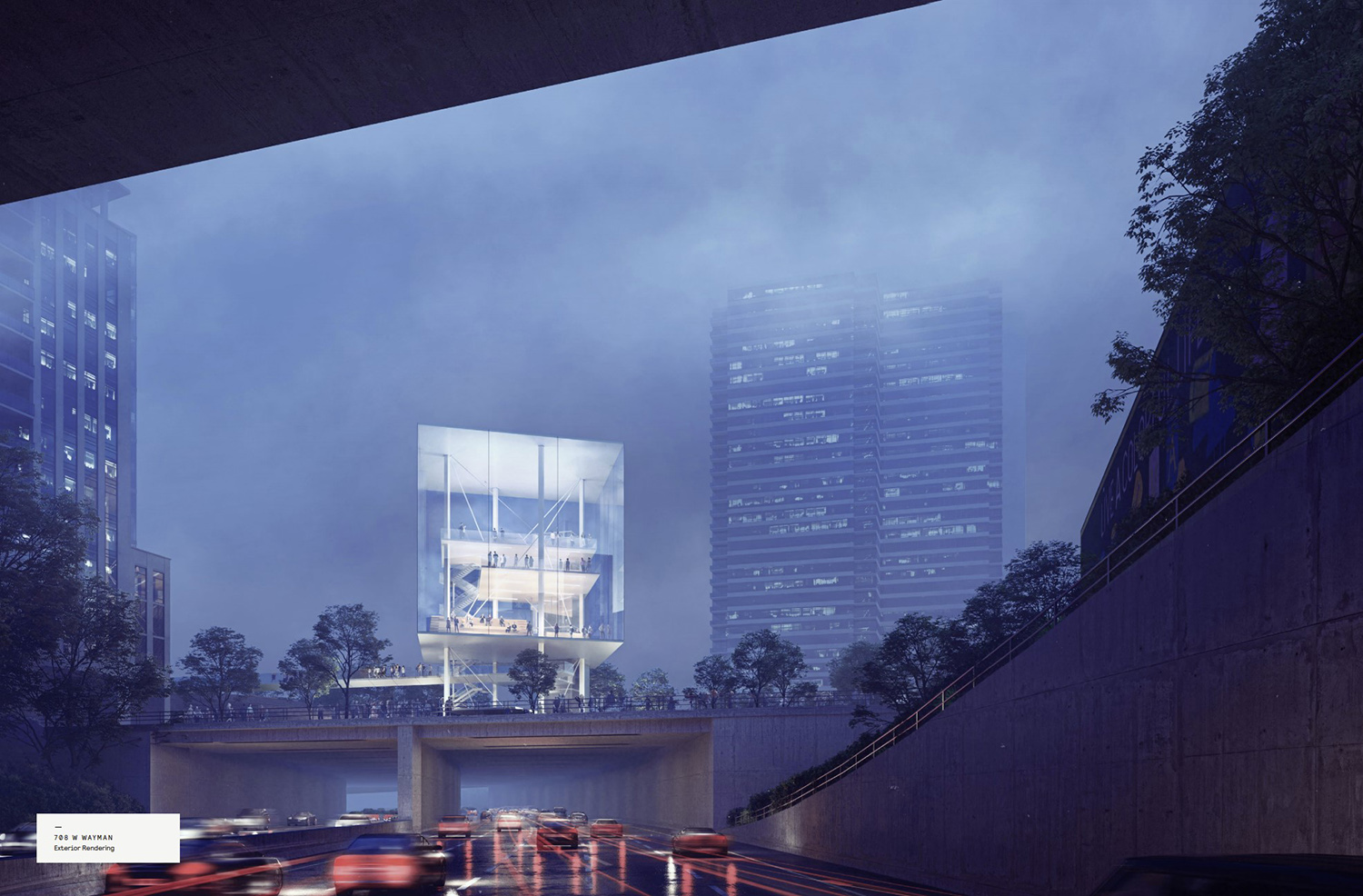 The vision is designed as a glass cube-shaped building lifted above the site on columns. According to the developers, this version of the design is conceptual and several other iterations will be released in the future. 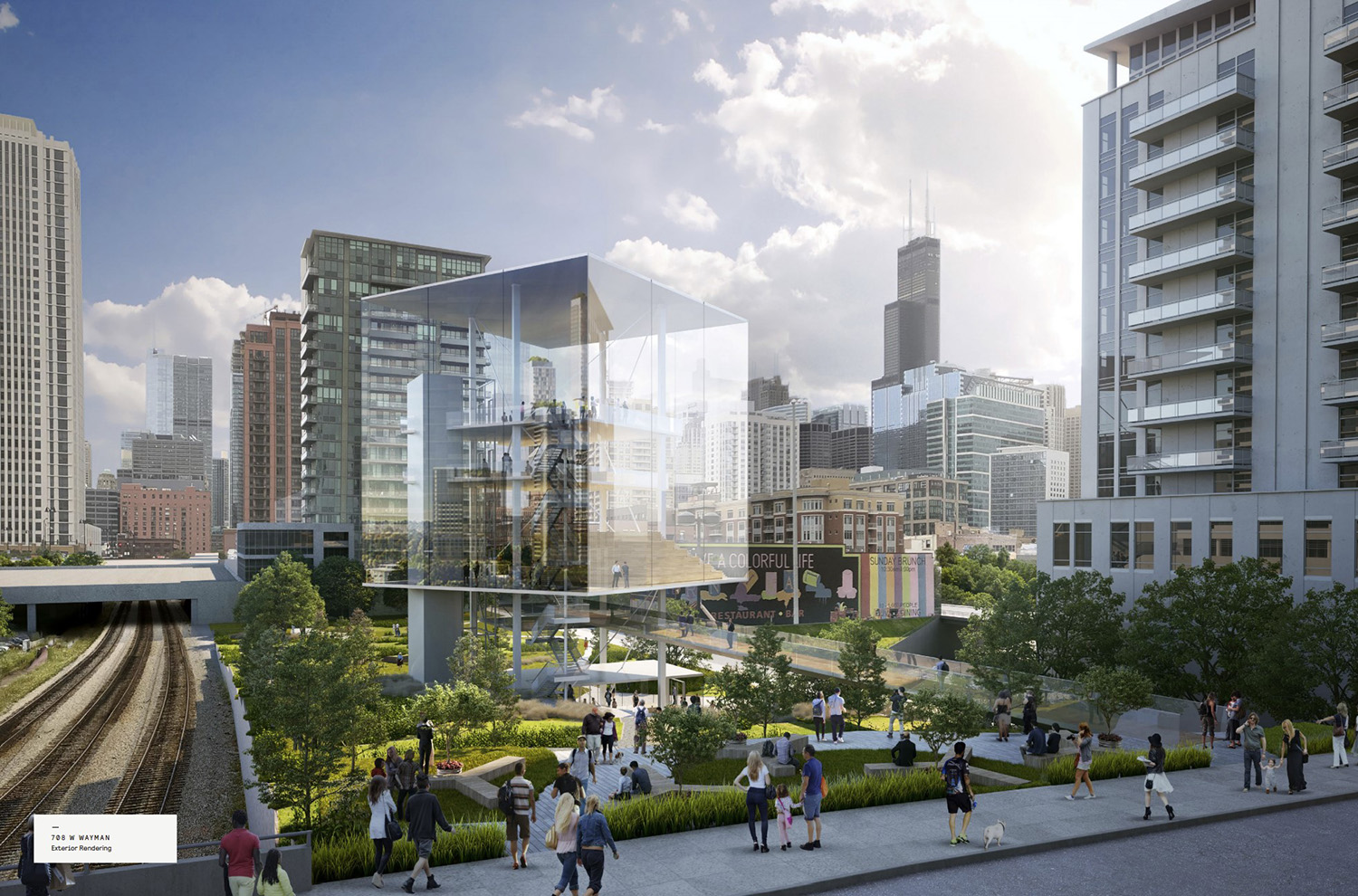