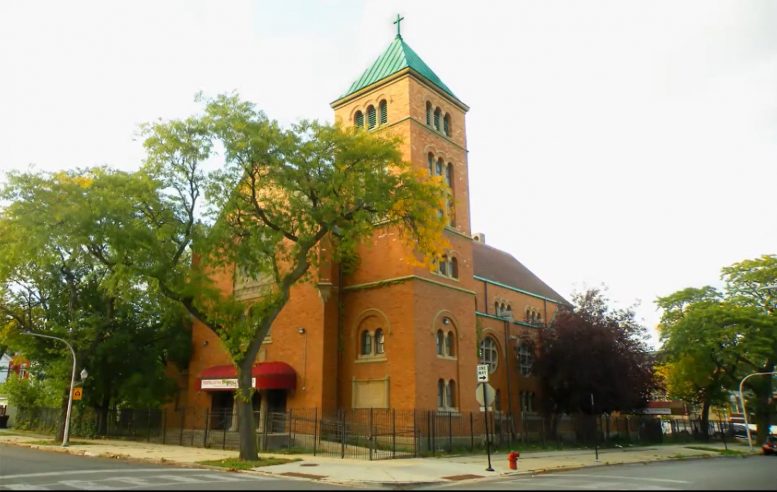 The Chicago City Council has approved the landmark status for the Pentecostal Church of Holiness in North Lawndale. Formerly named Our Lady of Lourdes, the church is located at 4208 W 15th Street, at the intersection of W 15th Street and S Keeler Avenue. Originally constructed in 1932, the structure was designed by architect Louis Guenzel.

The building meets three criteria for landmarking, including Criterion 1, Value as an Example of City, State, or National Heritage. Acting as a neighborhood church, it served as an important part of the cultural life in the Czech and later African American communities.

Historic Photos of Pentecostal Church of Holiness. Image by CCL

The second benchmark is Criterion 3, Significant Person. Considered for the contributions of Bishop Michael Dempsey to the parish and the neighborhood, this criteria recognizes the role Dempsey played in welcoming African Americans as the demographic of the neighborhood shifted. As the neighborhood grew poorer and the parish population declined, Dempsey helped implement employment and development programs that helped those in the neighborhood get jobs. This program became nationally recognized in the 1960s and 1970s. 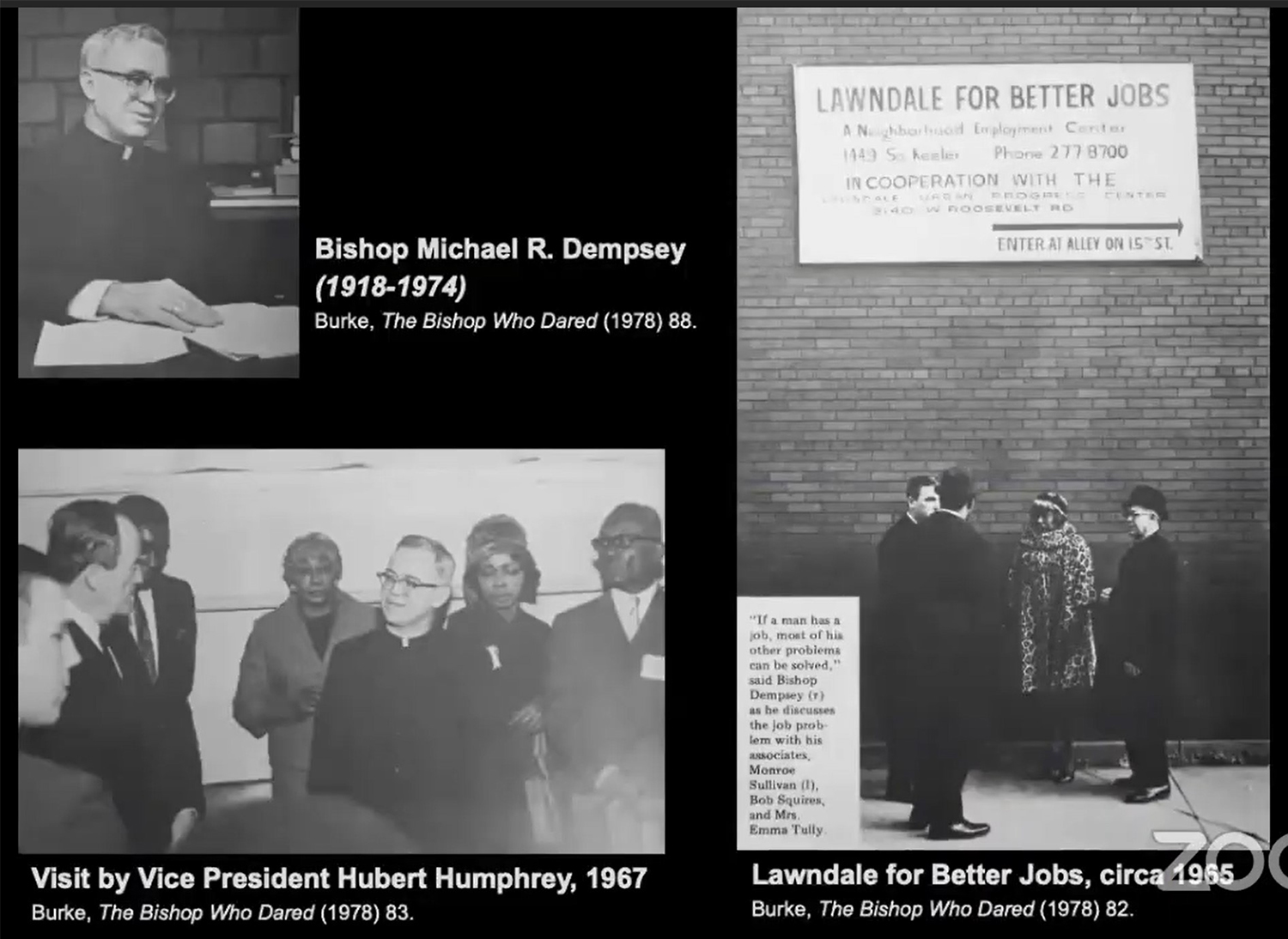 The final principle is Criterion 4, Exemplary Architecture. The church is an example of neighborhood scale, ecclesiastical architecture executed in the Romanesque Revival style with influences of Art Deco. The exterior is clad in face brick with cast stone trim. The form is asymmetric with refined ornament that includes rounded arch windows, short, wide columns, and small classic-style foliate details. The simplicity of ornament and use of innovative materials suggest an influence of Art Deco. This is pronounced in the simplified geometric design of the rose window and other windows. 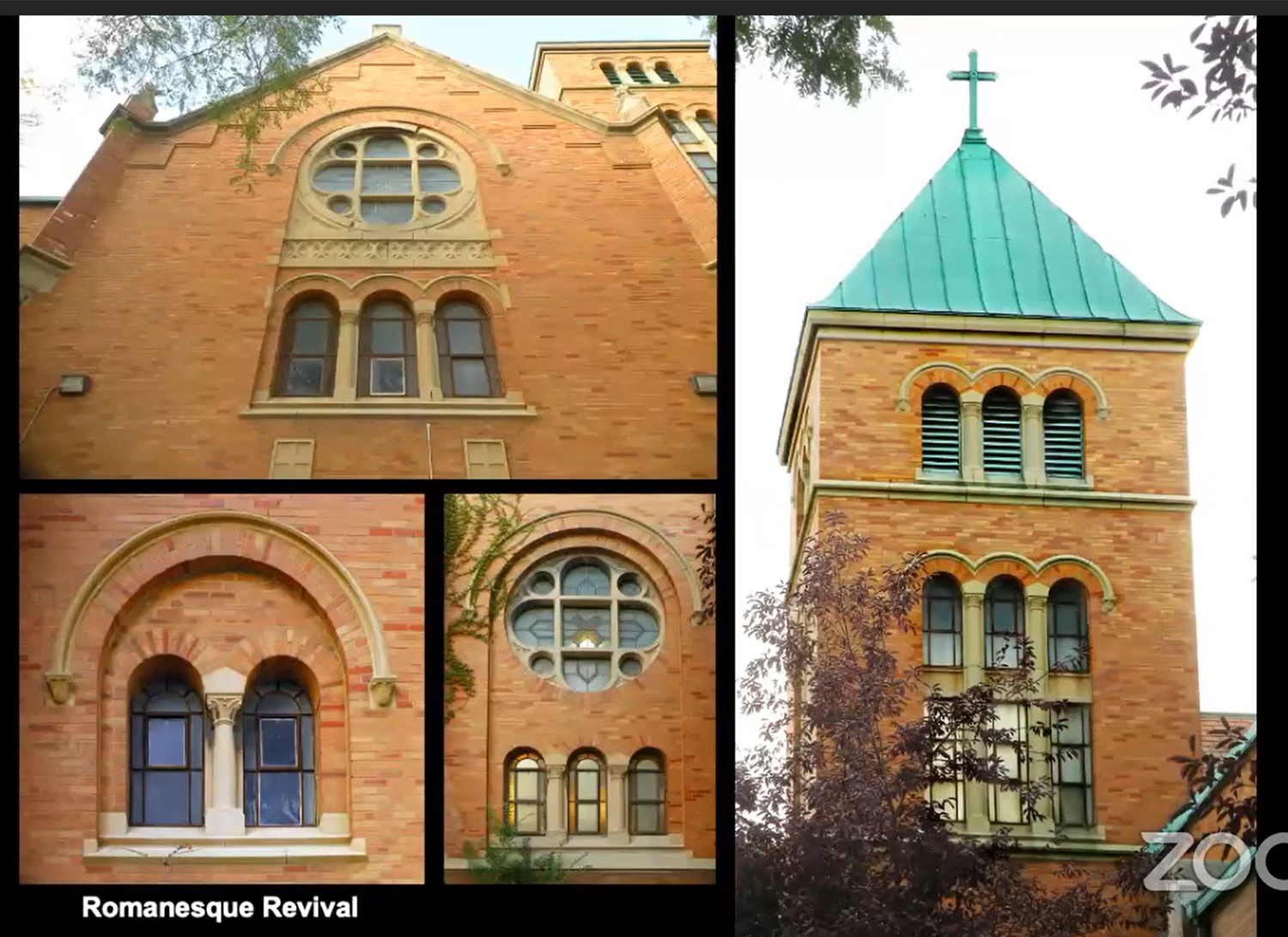 Images of Pentecostal Church of Holiness. Images by CCL

The structure will also meet the Integrity Criterion, as it retains very good physical integrity. The street elevations have been retained and reveal an impressive array of original brick materials. Any changes are minor and don’t impact the church’s significance.

Historical Comparison of Pentecostal Church of Holiness. Images by CCL

The landmark status will protect all exterior elevations and rooflines of the building. With this final approval by the Chicago City Council, the Pentecostal Church of Holiness is officially a Chicago landmark.