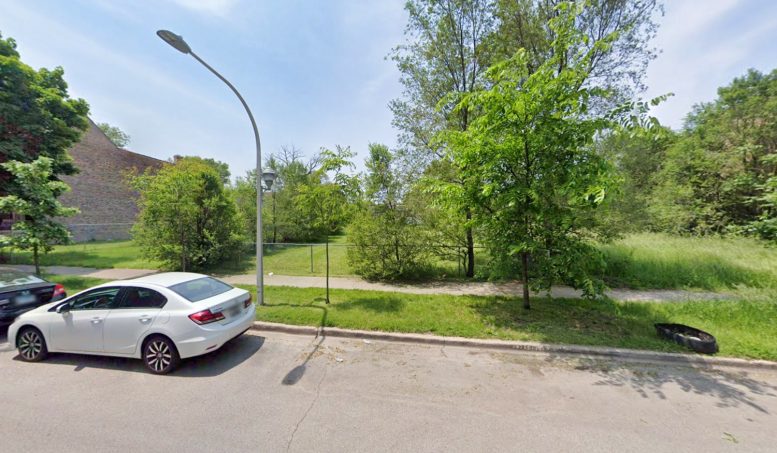 Construction permits have been issued for a four-story residential building at 4336 S Vincennes Avenue in Grand Boulevard. Walton Street Builders is the listed owner, with plans for eight total units as well as two detached garages for four vehicles each. The overall development will replace a currently vacant grass lot.

Bill Kokalias of Axios Architects is the listed architect of record. No drawings or renderings of the design have yet been published, and it is unclear if the main building will be masonry or frame. However, the filing description has indicated balconies along its front side, and has confirmed that at least one of the detached garages will be masonry.

Various parks and outdoor spaces lie within the area, including Hadiya Pendleton Park to the west and Armstrong Park to the southeast.

Construction is expected to cost roughly $1.75 million, with Metropole Holdings LLC as the general contractor. An anticipated completion date has not been revealed.